Yesterday my younger son made me breakfast.

It was just the two of us at home that morning and I’d slept in (I’ve been doing more and more of that lately) and then went running while he did the outdoor chores. After I got my shower, I came downstairs to find he’d set out breakfast for two: bowls, spoons, cereal, raisins, milk, and, over on the counter he’d sliced bread, all ready to pop into the toaster, and set out the butter and jelly. He’d placed my laptop by my seat, in case I needed to do some writing, he said, and there was a deck of playing cards and a piece of scratch paper on which he’d written our initials, for keeping score. Folded paper stars — his latest creation — dangled from the lamp. He’d lit candles, too. 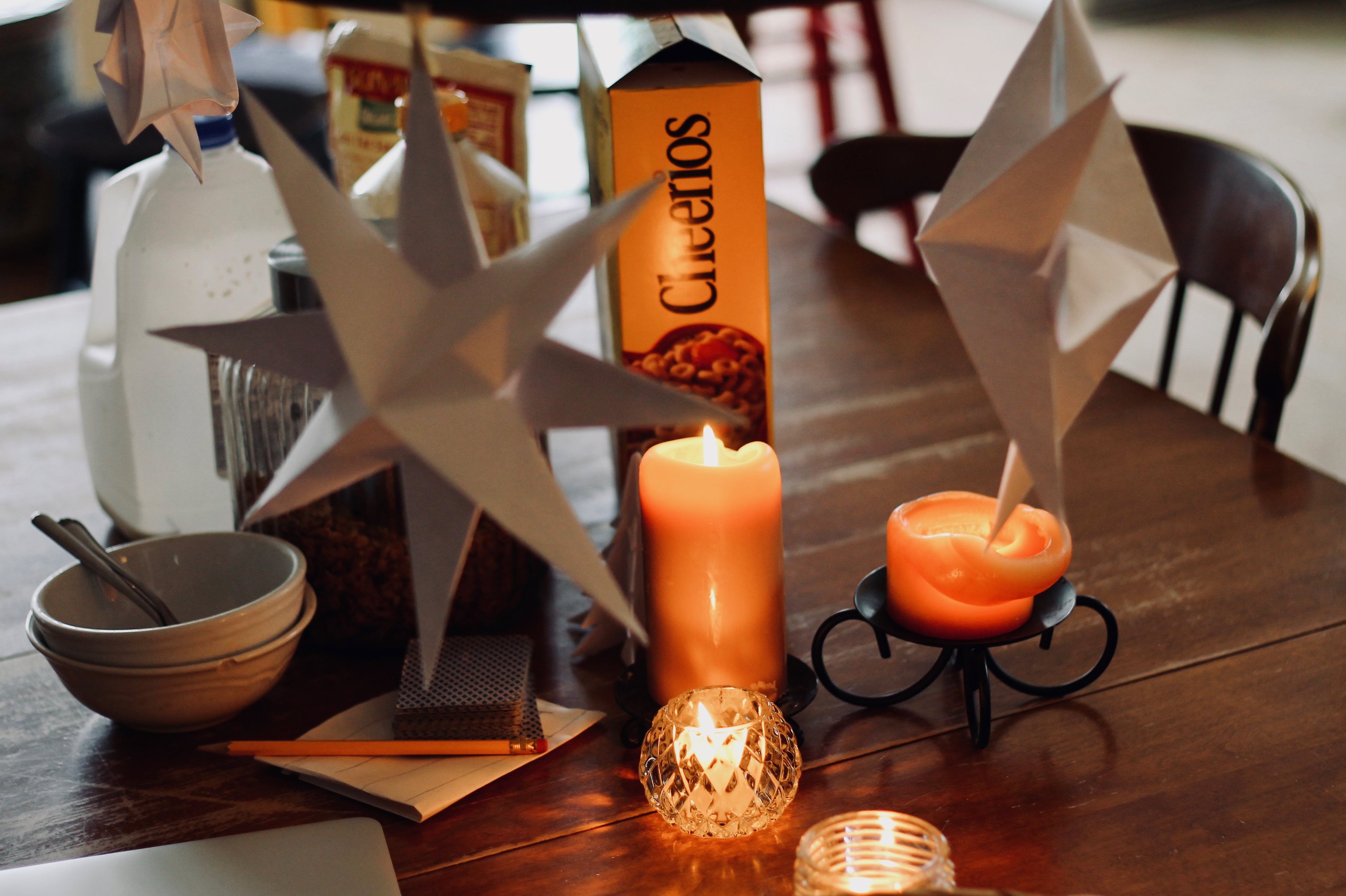 I made my coffee while he flitted about, quietly making me toast with lots of butter, as per my request. At the table, I did a little emailing while he checked to make sure we had a complete deck of cards, and then we played several rounds of Rummy.