One of the best parts of this play is that two of my kids are involved in it. 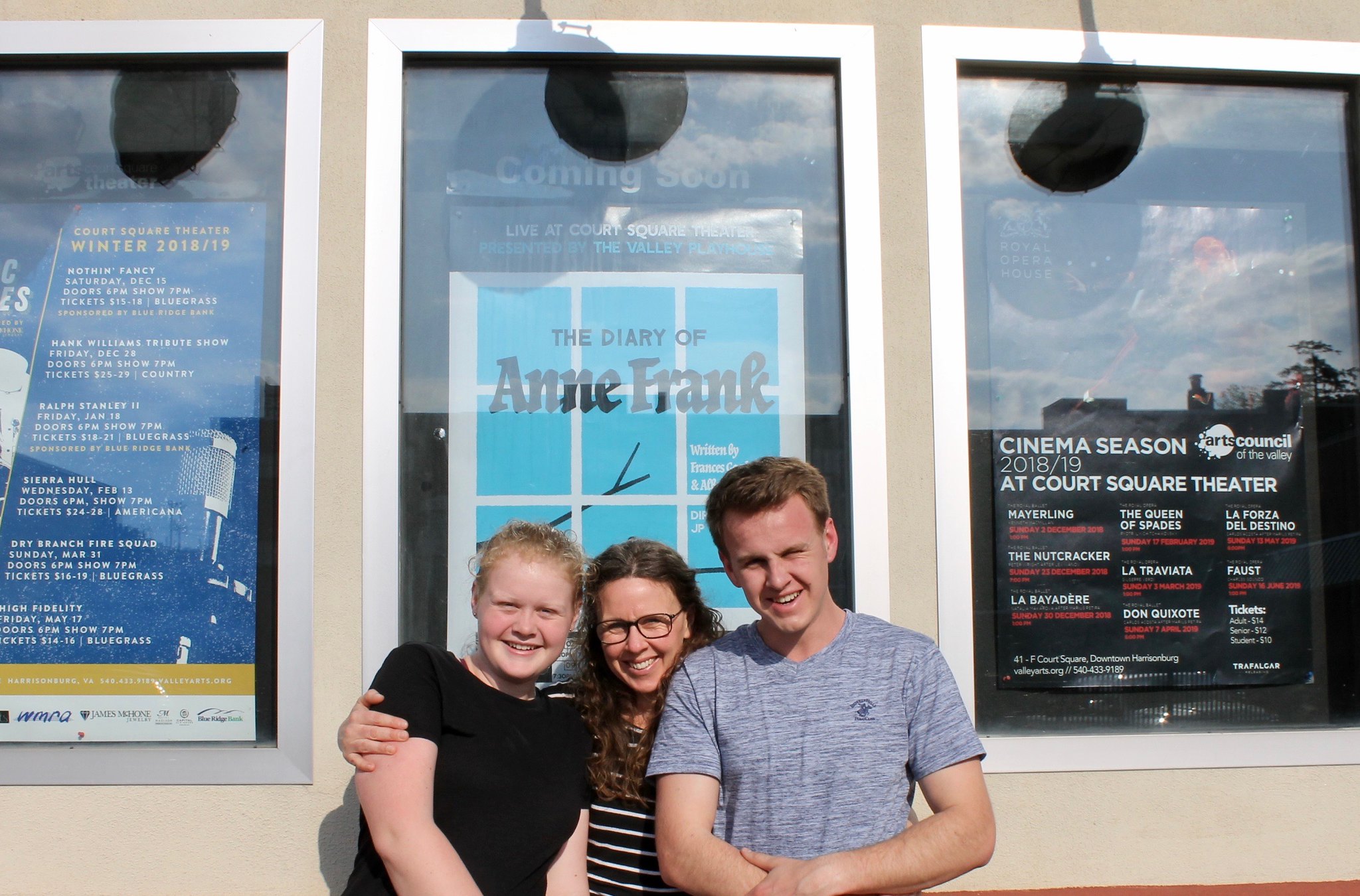 My younger daughter works backstage, setting props, washing dishes, helping with costume changes. And my older son plays Peter — for several months now, I’ve been hanging out with him nearly every evening. 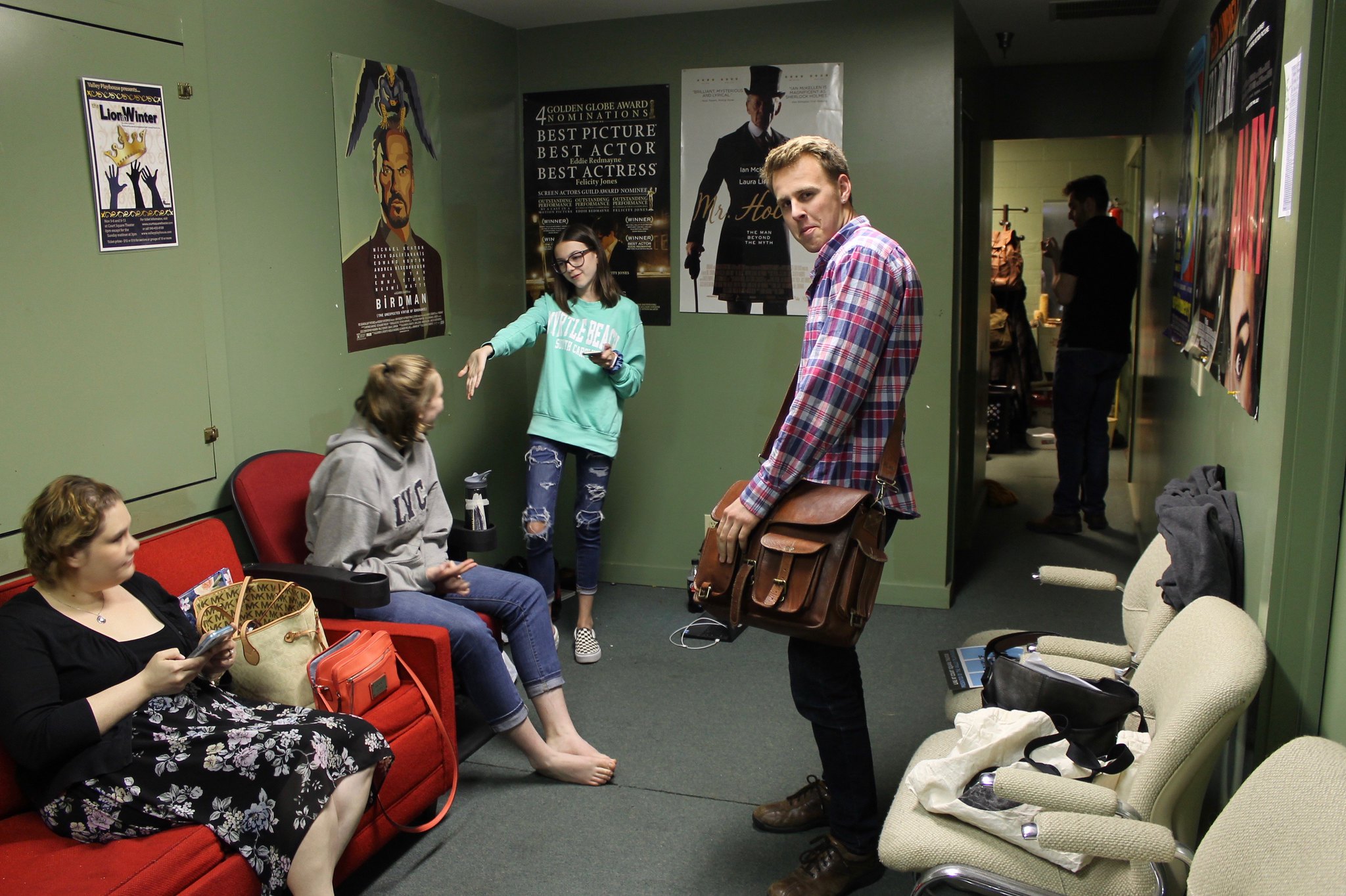 On the car ride into town, he and I work on lines, do warm-ups (beatboxing, tongue twisters, car dances), and discuss our characters’ intentions and motivations, trying to figure out ways to dig deeper into our roles. On the way home, we debrief and give each other notes. Thanks to his astute observations and feedback — “too much breath,” “you sounded whiney,” “that ‘please’ should be a statement, not a question,” “don’t let your voice break too soon,” — I’m much more grounded in my role. 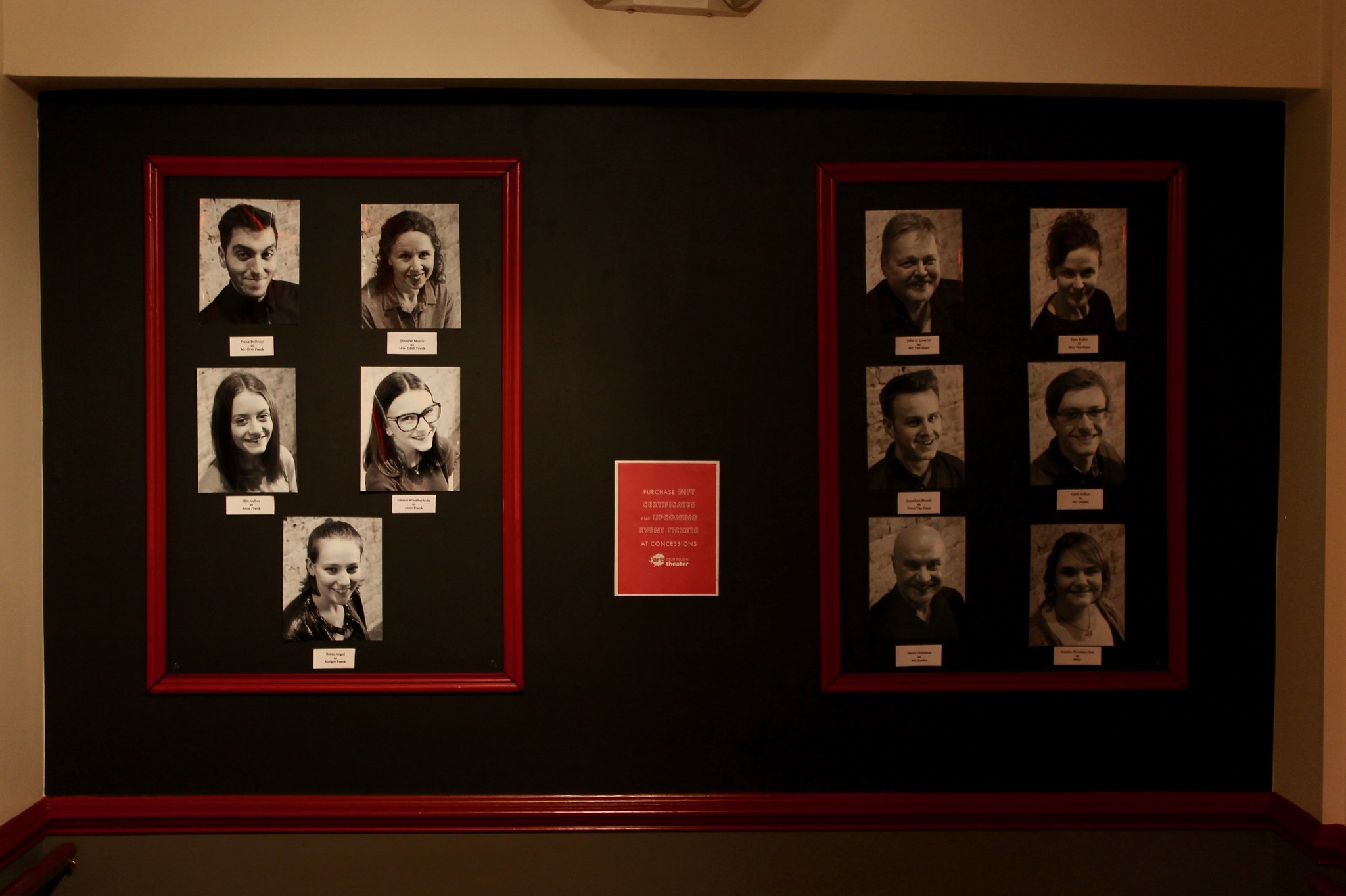 Another fun thing: the role of Margot Frank, my daughter, is played by my older daughter’s dear friend, an absolutely phenomenal actor. Even though Margot’s role is small, she’s a constant presence, and I — both as Jennifer and Mrs. Frank — rely on her heavily for emotional support and connection. The few times that she missed rehearsal, it felt like four people were absent. 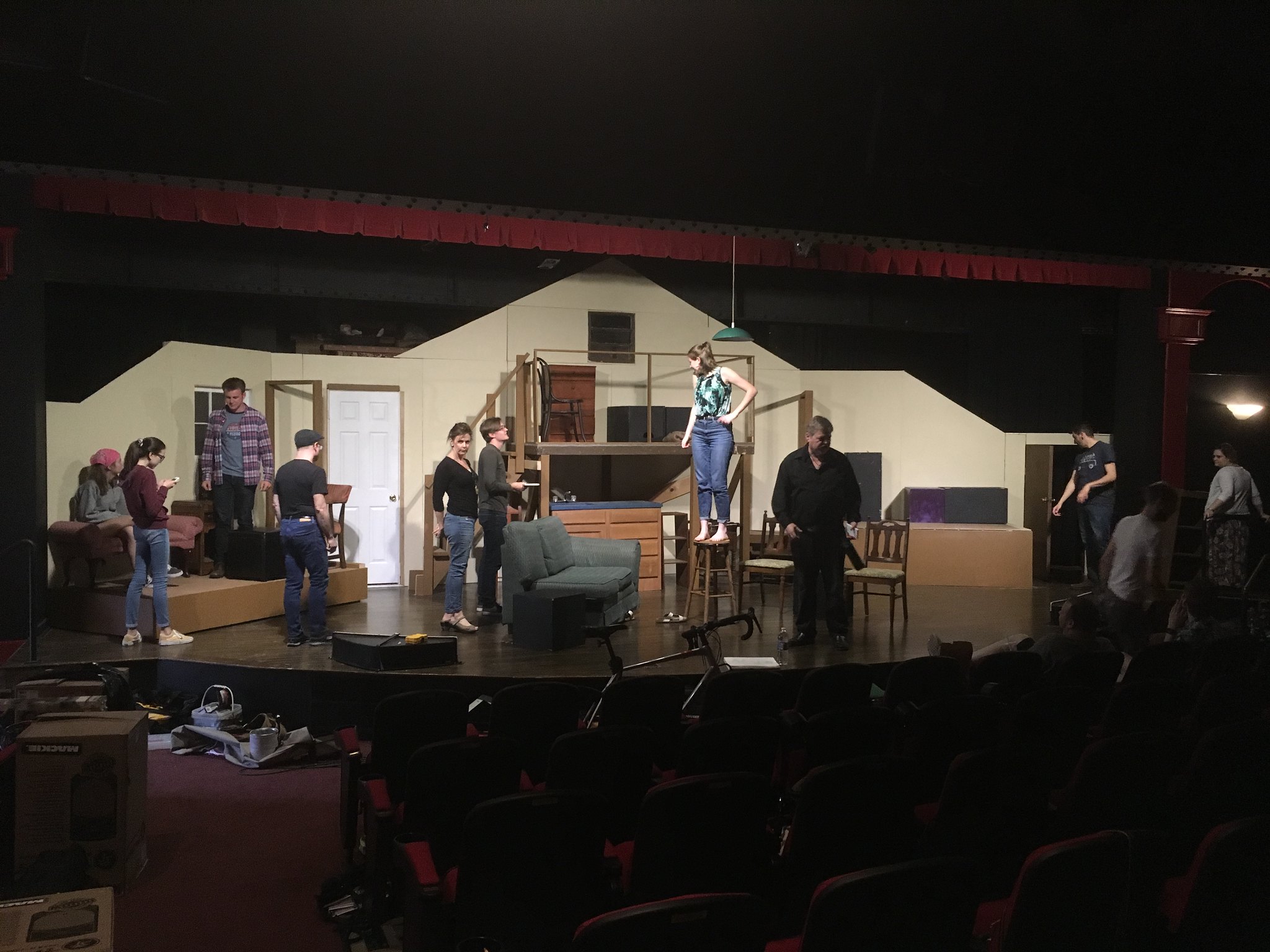 Exploring our new (unfinished) home for the first time.

We opened last Thursday, on Holocaust remembrance day. The night before had been an invited dress, and then that day we had two shows — a morning matinee and the evening opening. Due to a few last-minute glitches, opening night was our first full run-through, but despite the shaky start, we’re now beginning to settle into the space and pick up steam. 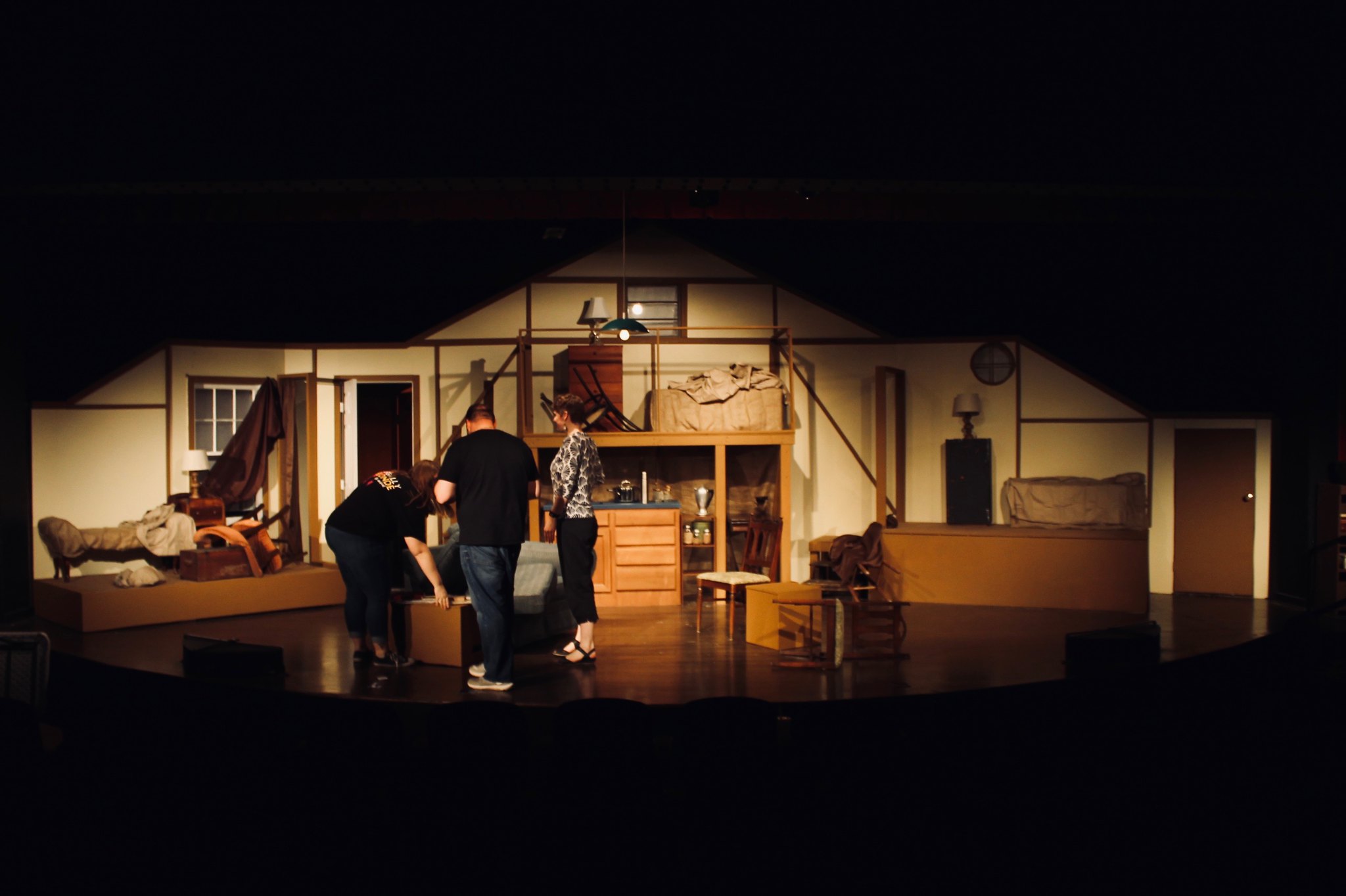 The directors and stage manager.

It’s been wonderful to finally have an audience, and the response has been both humbling and invigorating. Last night, after the show was over, the audience just sat there, quietly, for a full minute or two, and when I went out afterward, I was greeted with tearful, fierce hugs.

I don’t find it hard to act a difficult play — I’ve had weeks to work through the sadness and get into the show; and as an actor, digging into that emotional, gritty place is deeply gratifying — but for the audience, they’re seeing and feeling the story for the first time. Carrying them to that raw, open place feels sacred, and afterward I’m both depleted and (quietly) elated. As a result, after the shows I head backstage (instead of joining the rest of the cast in greeting the audience as they exit the theater) where, all alone in the green room, I peel off my sweat-drenched costume and change into my street clothes. Only then, after I’ve had a couple minutes in the cool quiet, am I ready to go back out and face any lingering audience members. 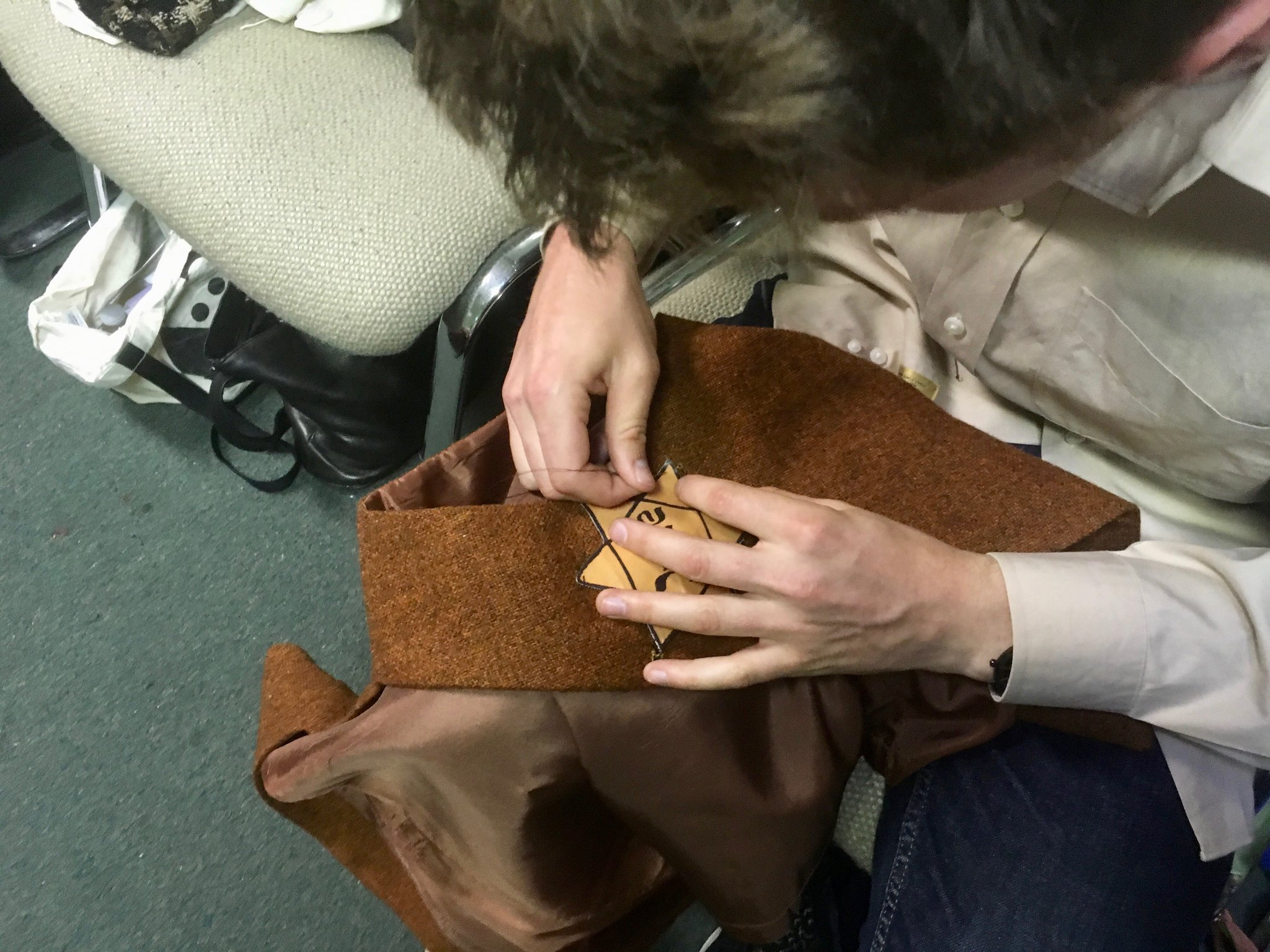 Every night pre-show, he has to re-sew on his star.

We have six more shows (get tickets here!), and according to tomorrow’s weather forecast, it’s supposed to rain all day. Dark theaters and rainy Sunday afternoons were made for each other, don’t you think? (wink-wink)

P.S. We made the news, here and here!

This same time, years previous: Marta’s picadillo, a simulation, the quotidian (5.5.14), creamy avocado macaroni and cheese, the definition of insanity.