While my older daughter was in Florida, my younger son took over the chickens and fed the steers and goats most mornings, but all in all the animal tending was pretty minimal — farmers we are not. But now that she’s back, the animals are actually getting cared for again. 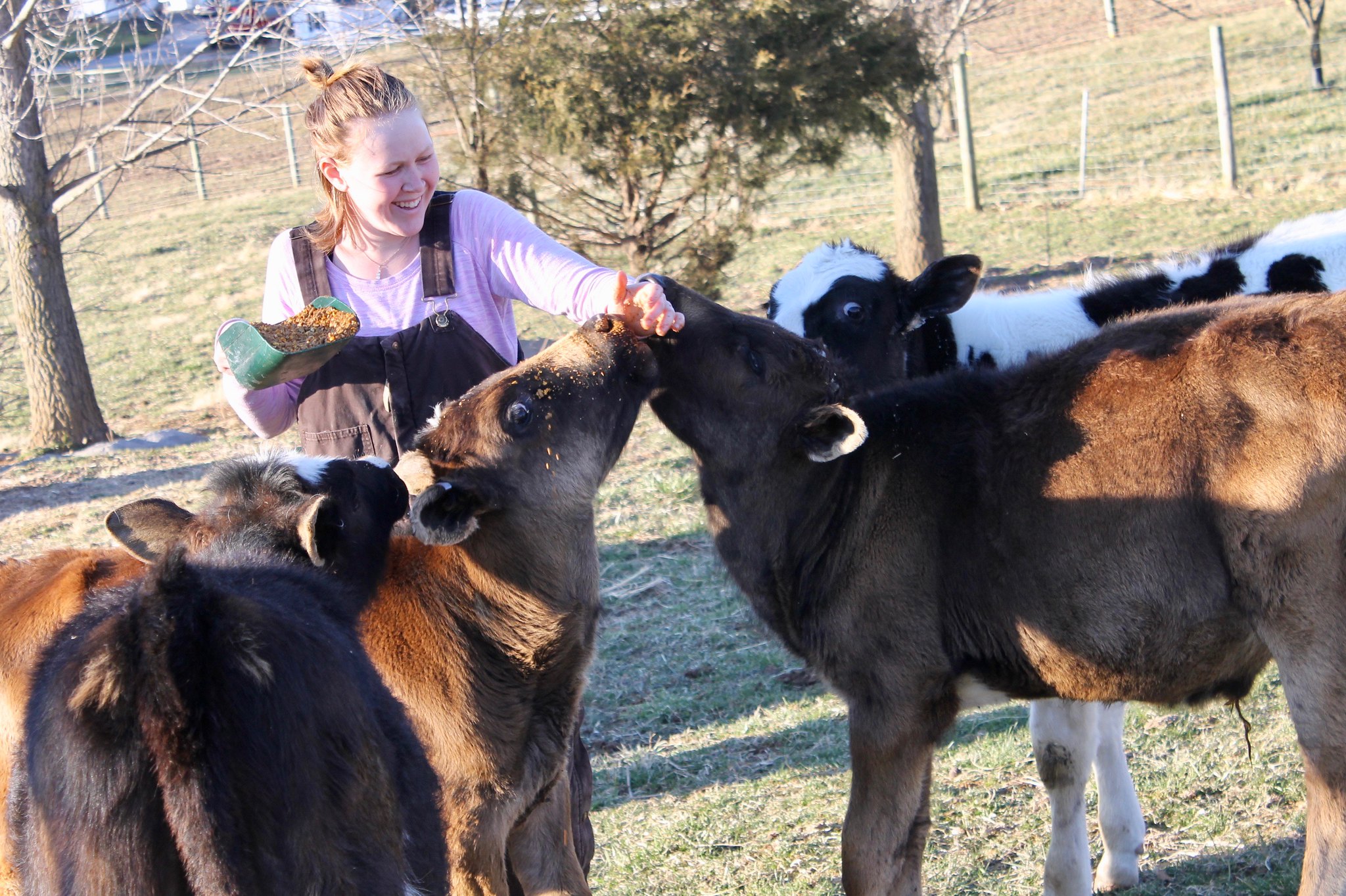 She likes to hang out with the steers, hand feeding them and letting them chew on her clothes and maul her arm. 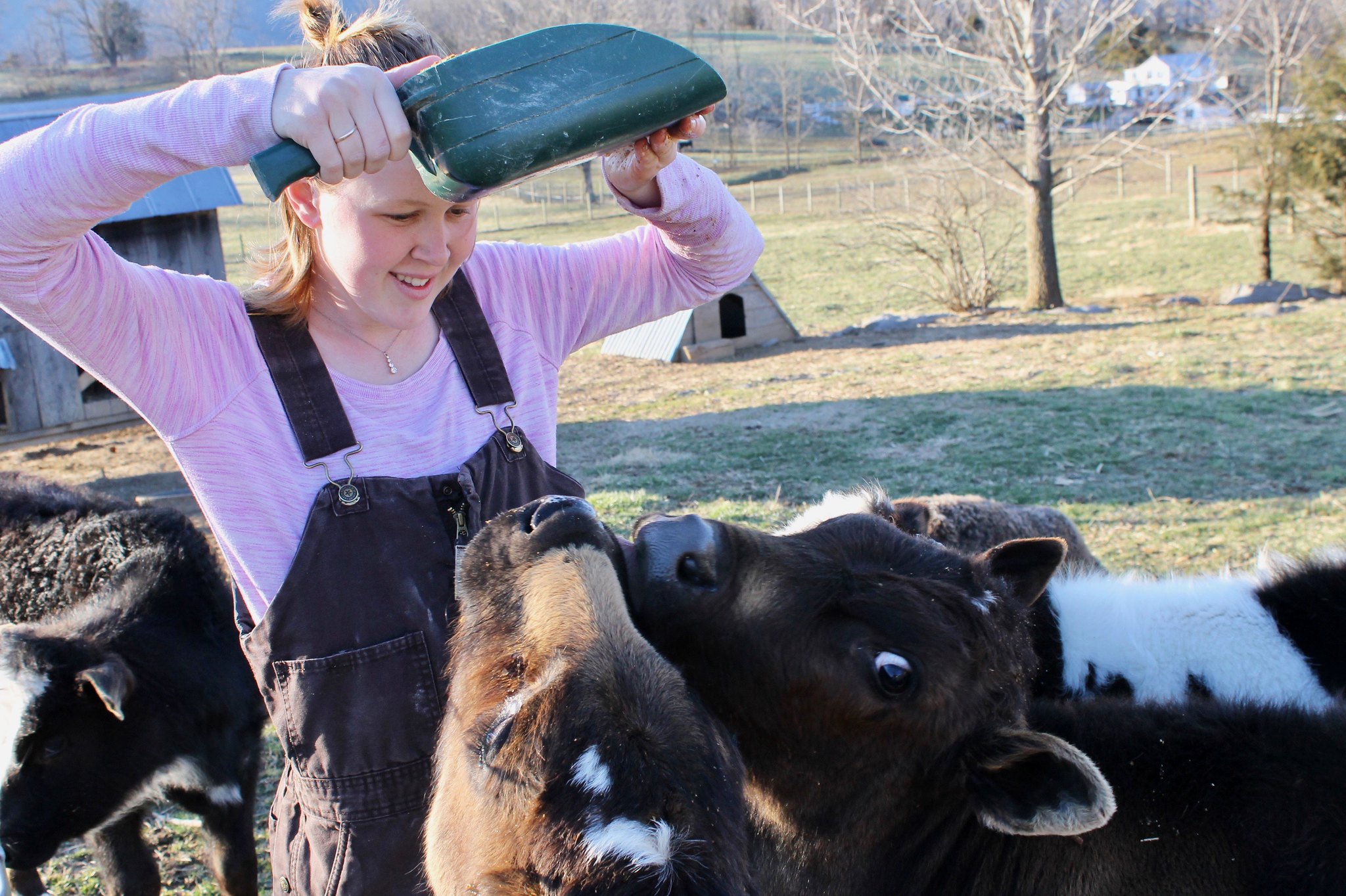 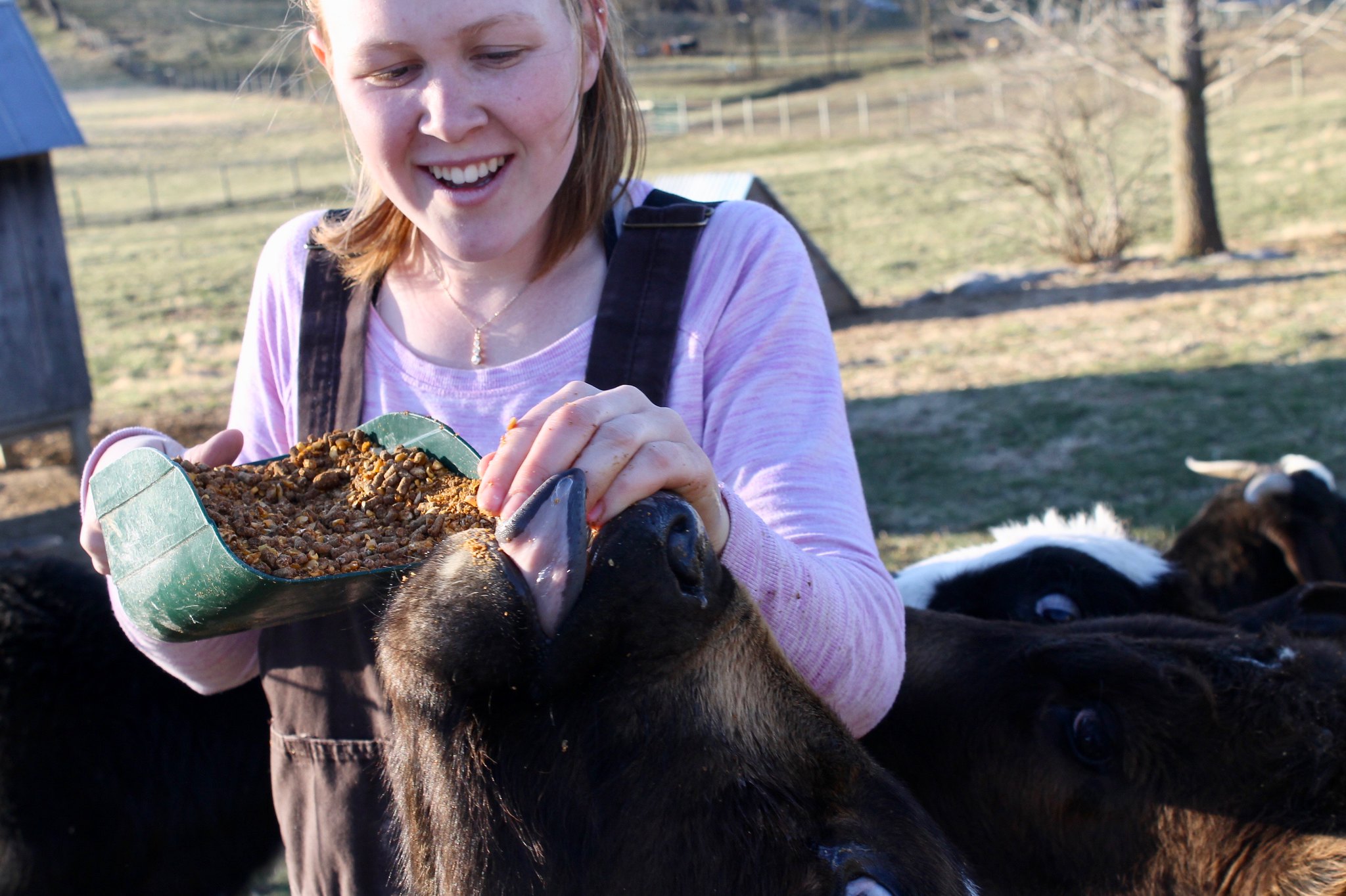 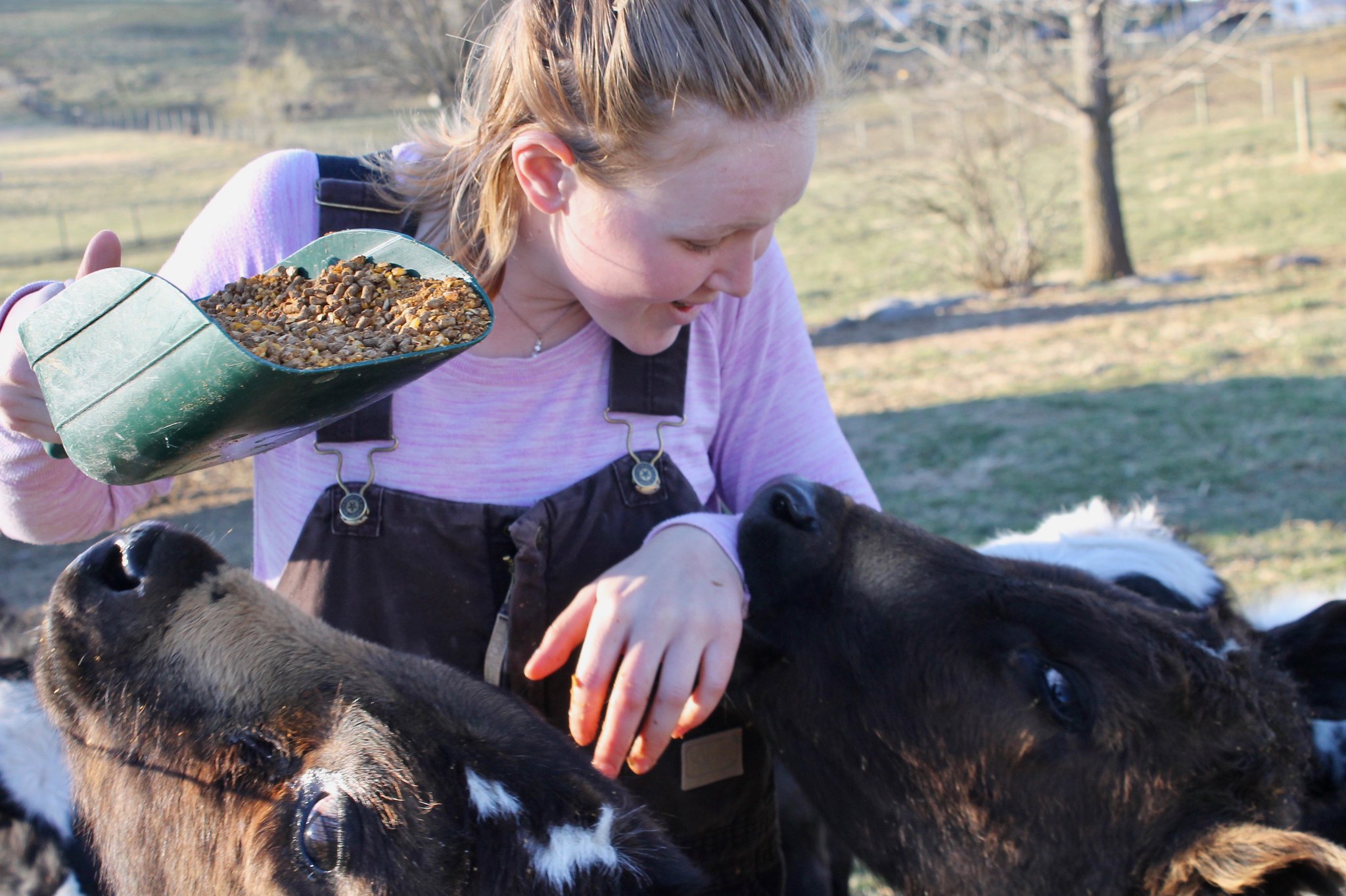 The goats’ hooves were in dire straits — one of them was actually limping — so the other afternoon, she wrestled it onto its back… 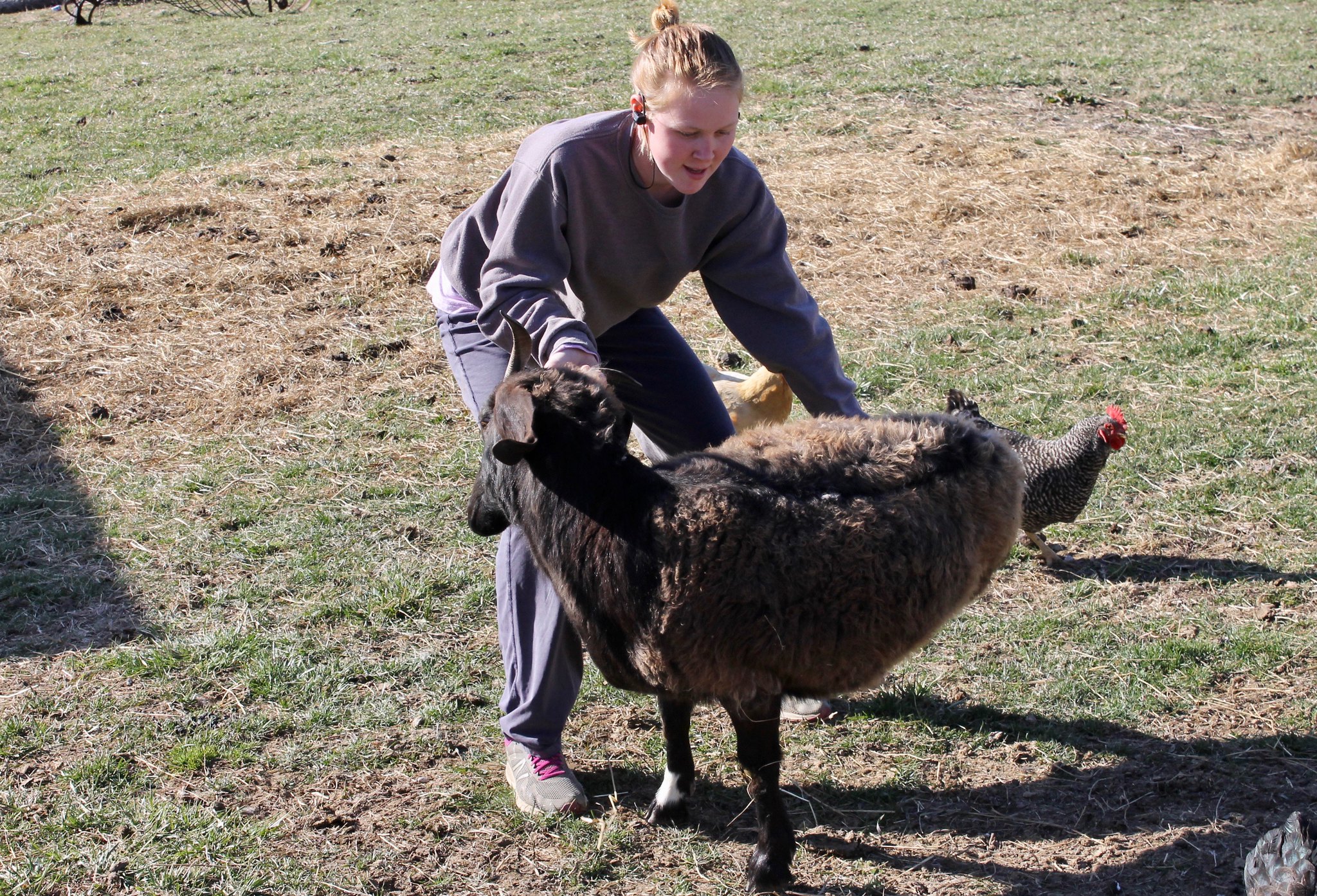 and then sat on it. 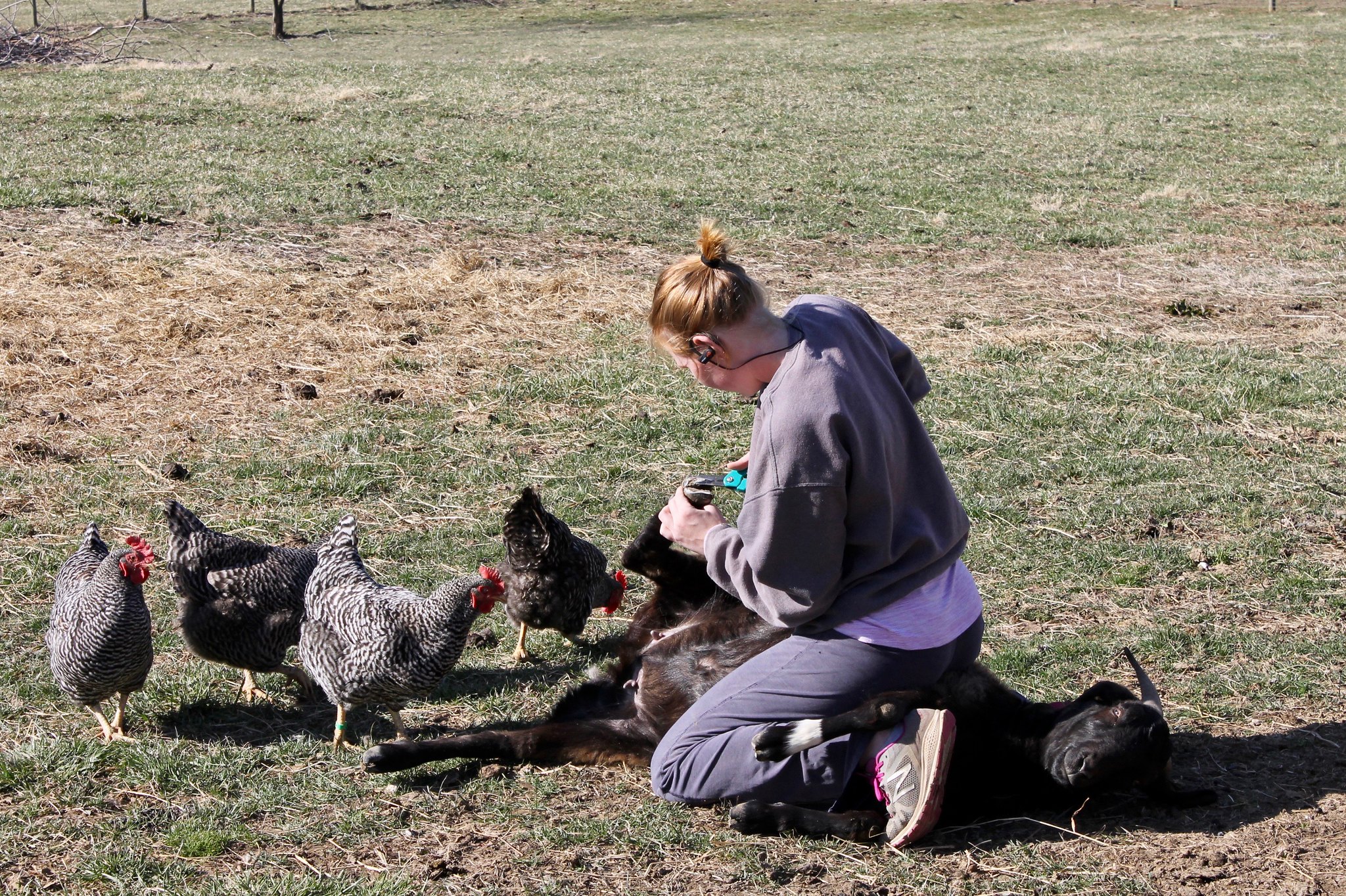 I watched her clip away for awhile, but when I learned after about five minutes that she was only half done with one hoof, I got bored and went back to the house.

Then yesterday she got a call from a neighbor: Did she want two bottle lambs?

So she hauled an old water trough up to the barn and lined it with hay for their pen, asked my husband to pick up a sack of milk replacer in town, and then drove over to the neighbor’s house after supper to fetch the lambs.

One is super, super tiny — her previous owner called her Teacup — and appears to have a broken leg, so fingers crossed she’ll make it. The other is a good bit more sturdy. 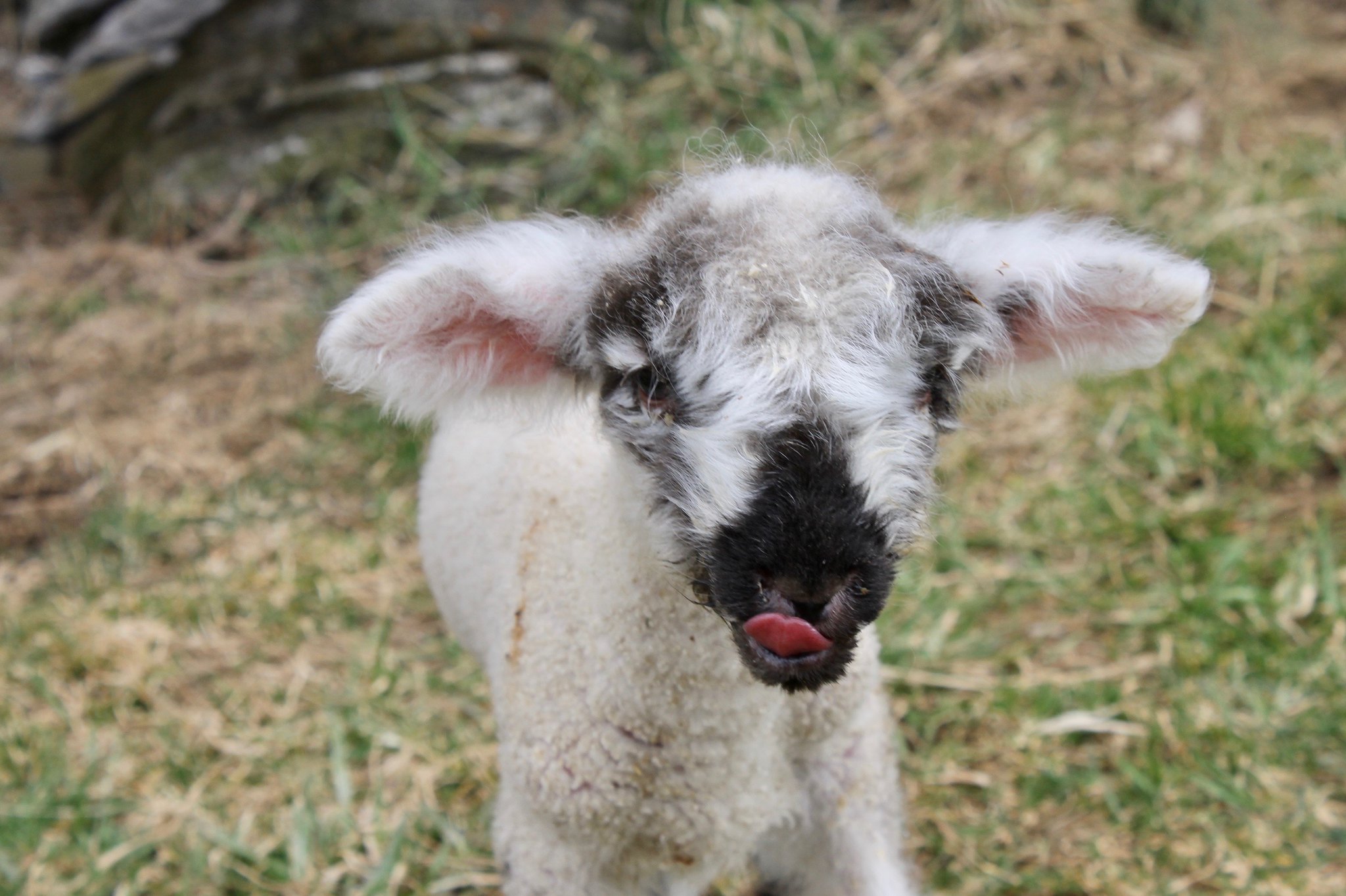 This afternoon when I was home alone (the older kids off snowboarding with their father and the youngers at a waterpark with friends), it was my job to give them their bottles. They both guzzled down their milk, tails a-wagging.