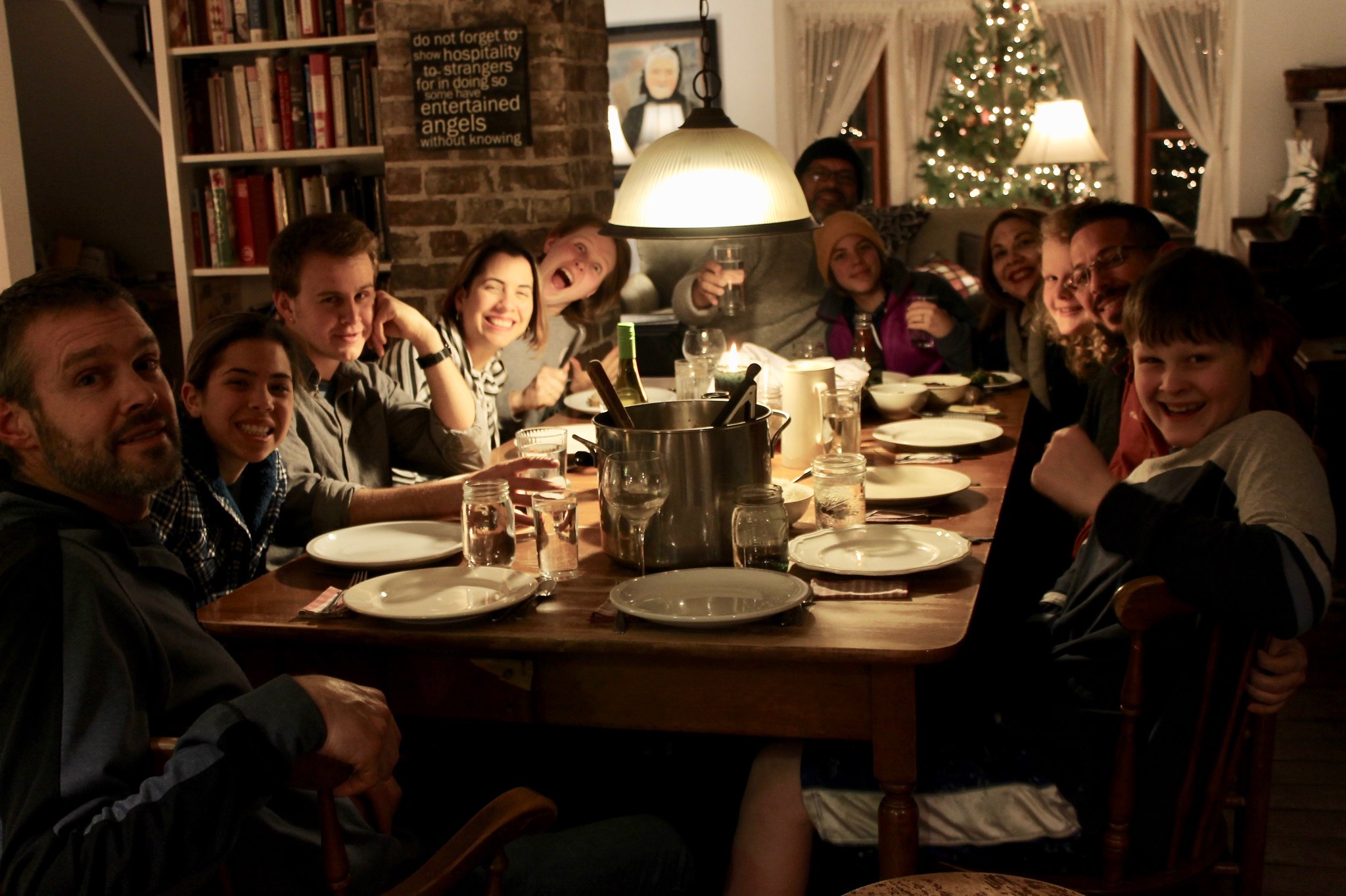 Back in the fall, Rolando called to ask if our guest room would be available in January — he’d be coming to the valley to return Glorianne, his older daughter, to college and to attend the STAR program.

But of course, we said.

Before Christmas, he called again to say that Kathy, his younger daughter, would be also coming, just for fun. Great! we said. And then last Wednesday he called yet again to say that now Glorimar, his wife, would be joining them. “Aaaand,” I could hear the laughter in his voice, “my sister and her husband are going to come, too.”

“In the guest room with us, of course,” Rolando said, as though that were the most obvious thing in the world.

People, our guest room is plenty serviceable, but big it most definitely not. However, these were Puerto Ricans we were dealing with, and if Puerto Ricans have a superpower, it’s flexibility. So taking my cues from them, I went with it.

When they pulled in Sunday evening, they came bearing sacks of groceries — juice, lunch meats, avocados and bananas, bread, butter, frozen pizzas, cheeses, salad mix, iced tea, chips, and on and on and on — and a double bed air mattress. 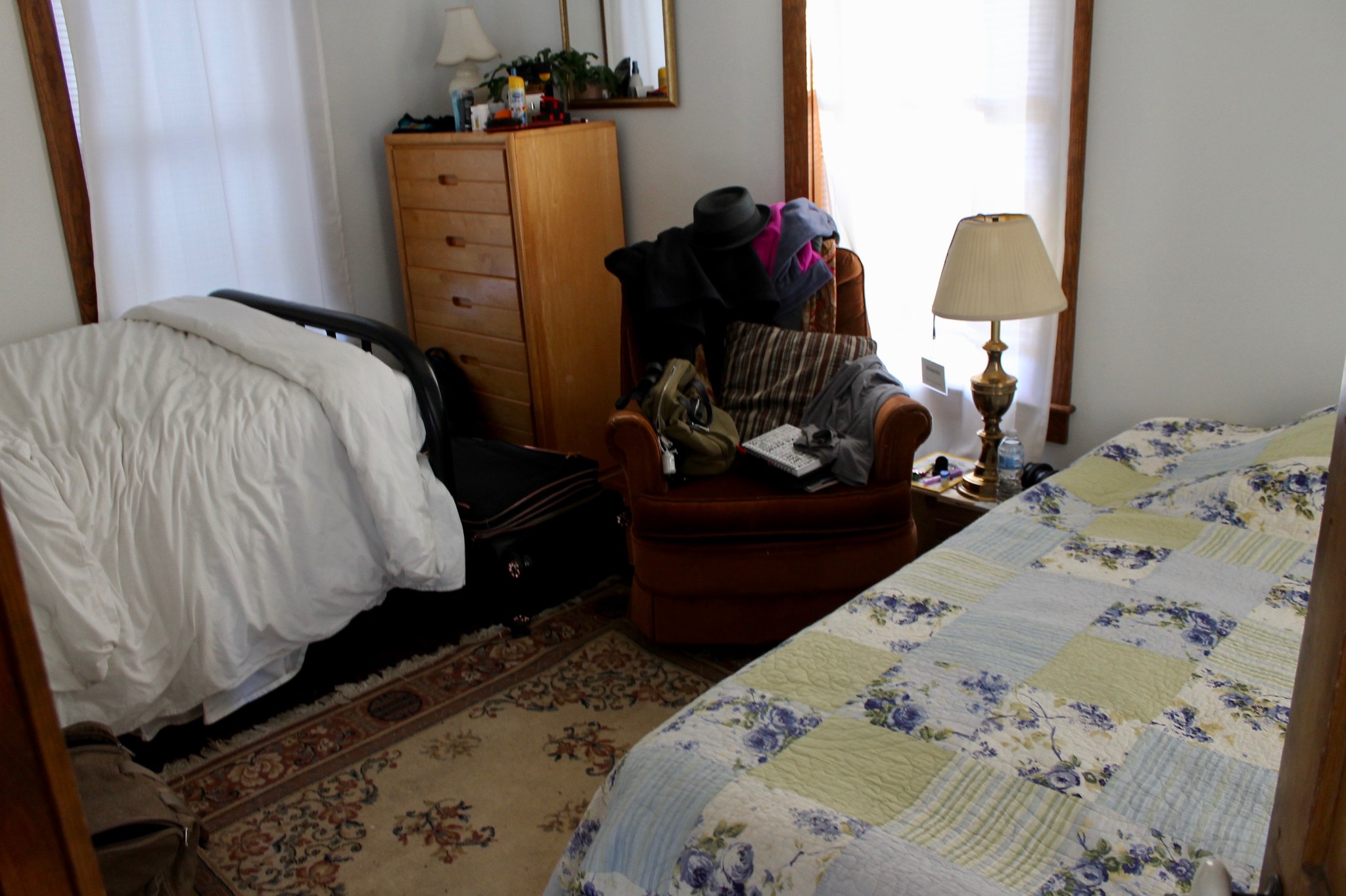 The two couples set up camp in the guest room, and the two sisters in my younger daughter’s closet-sized bedroom, sharing a twin.

Funny story: Rolando did not tell his wife that Johanna and Eliot, who live in Florida, would be joining them, so Glorimar was thrilled when they showed up in the Orlando airport to, she thought, just say hi. But then Elliot produced their plane tickets and Joanna announced that they’d be joining them in Virginia — SURPRISE.

The week has been amazingly relaxing. Rolando attended his classes, the rest of his family often joining him for lunch and then spending the afternoon in town and the evening at home with us. 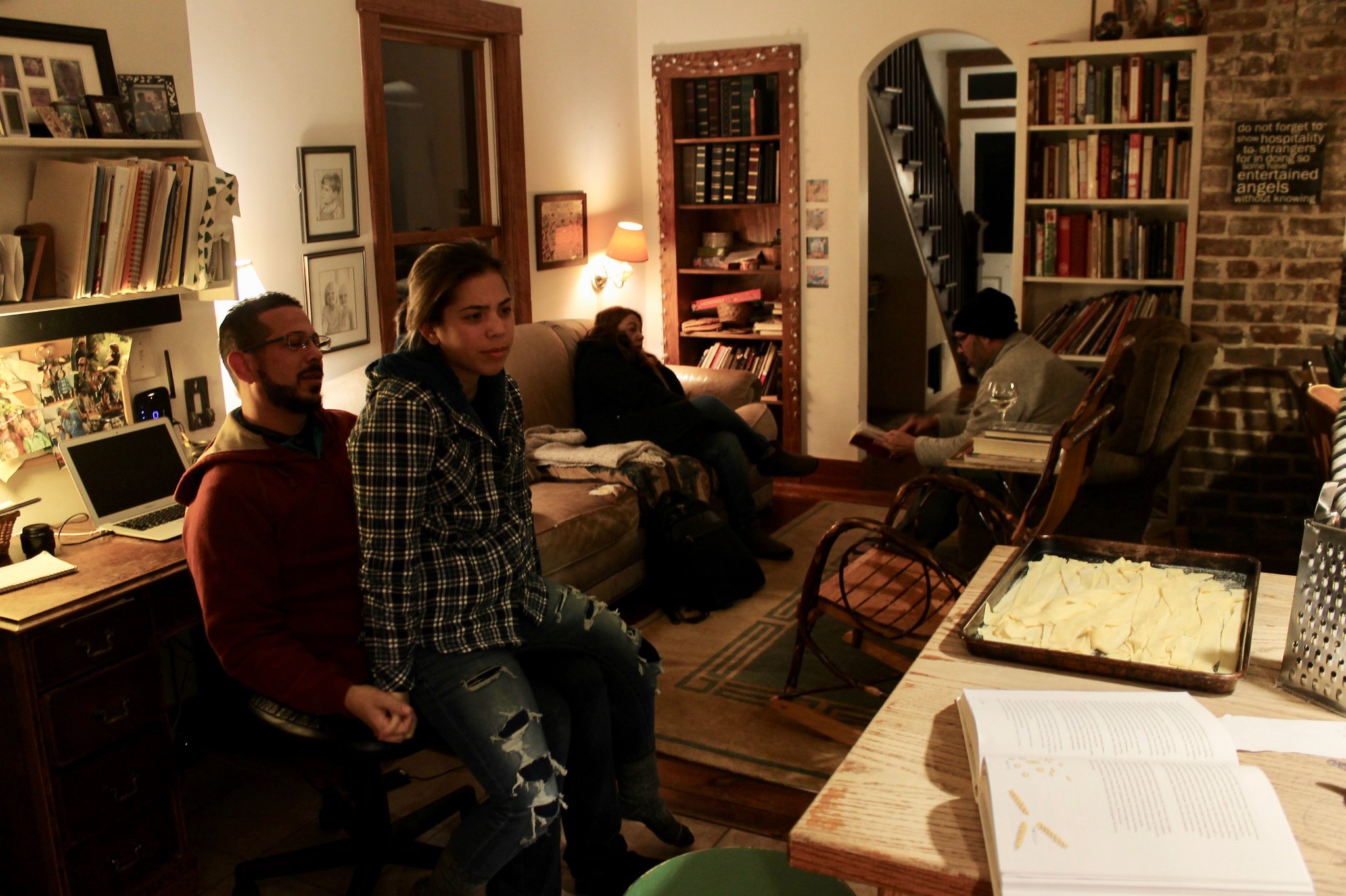 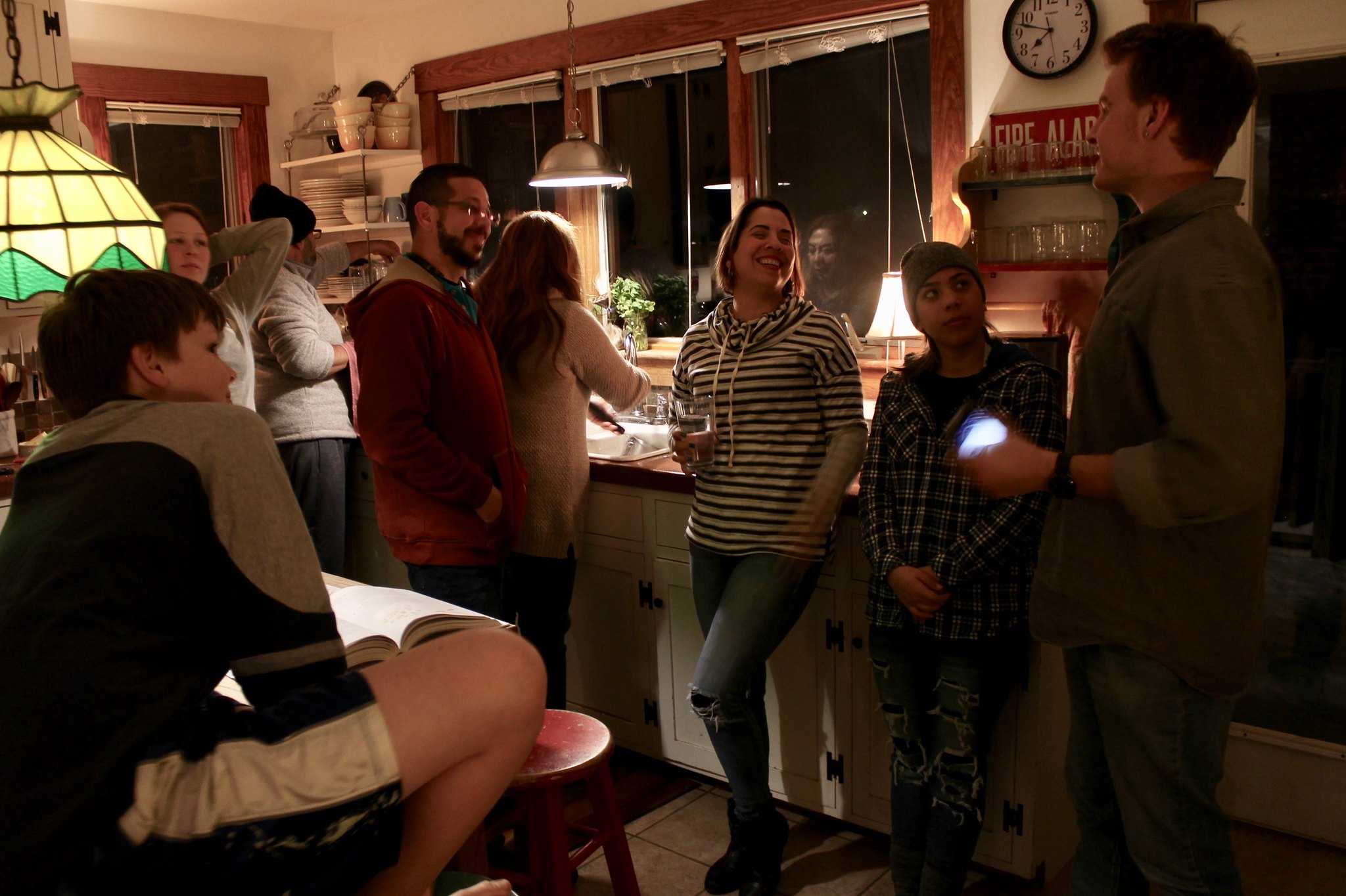 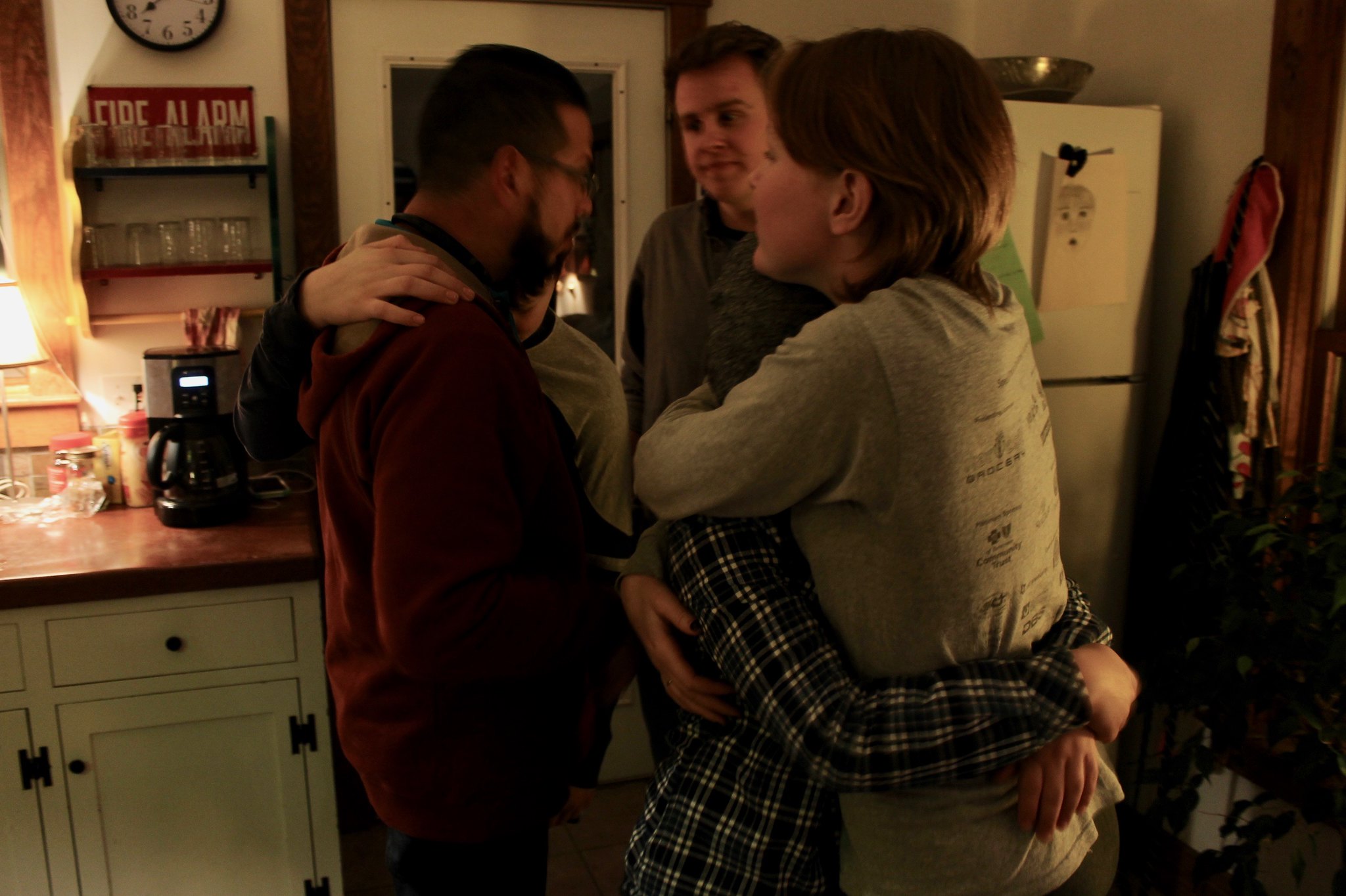 hugs: just for anyhow, and often 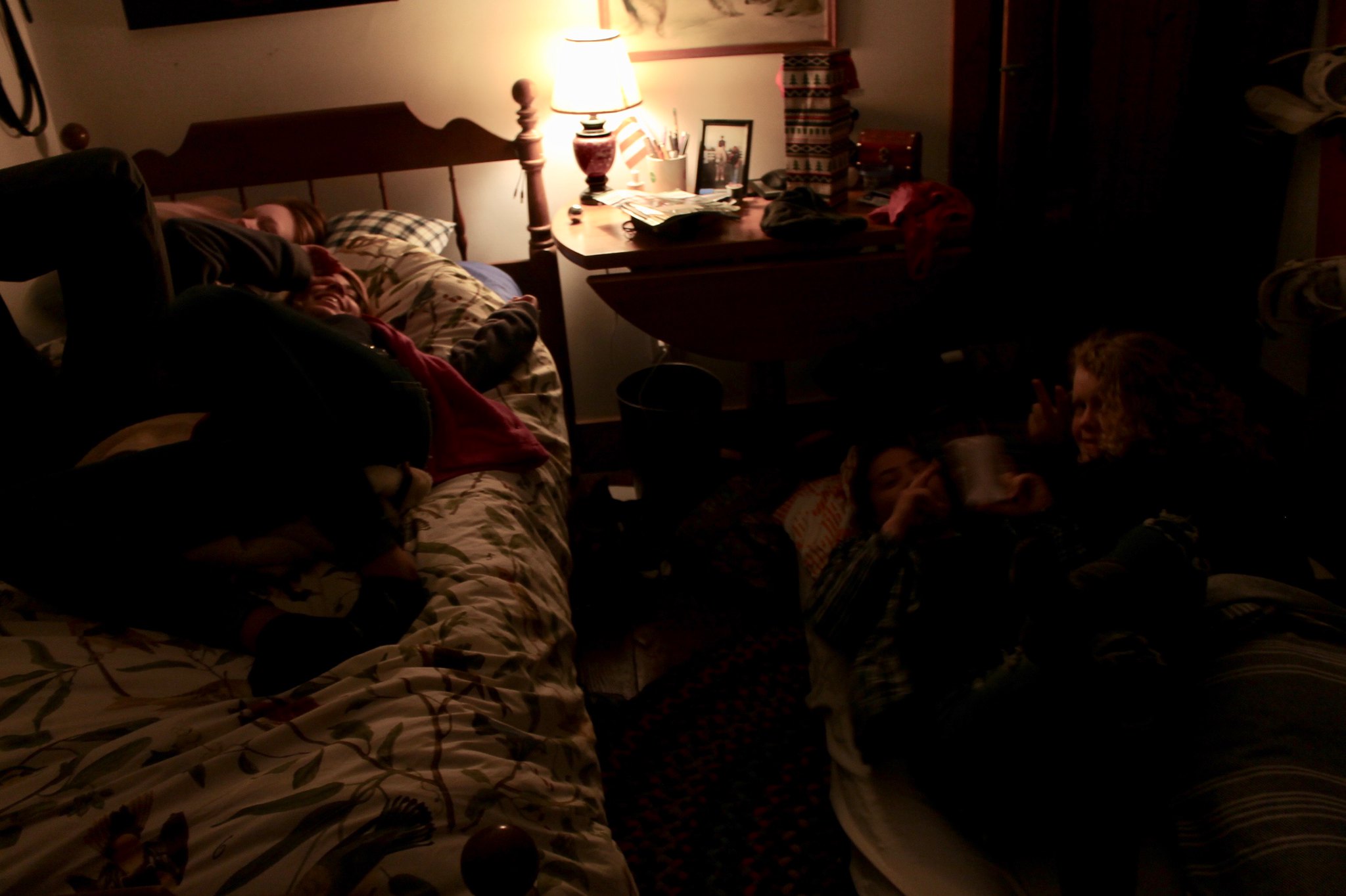 Mornings I wrote, as usual, and towards the end of the week, after my cough subsided and I regained my voice, I started running again. 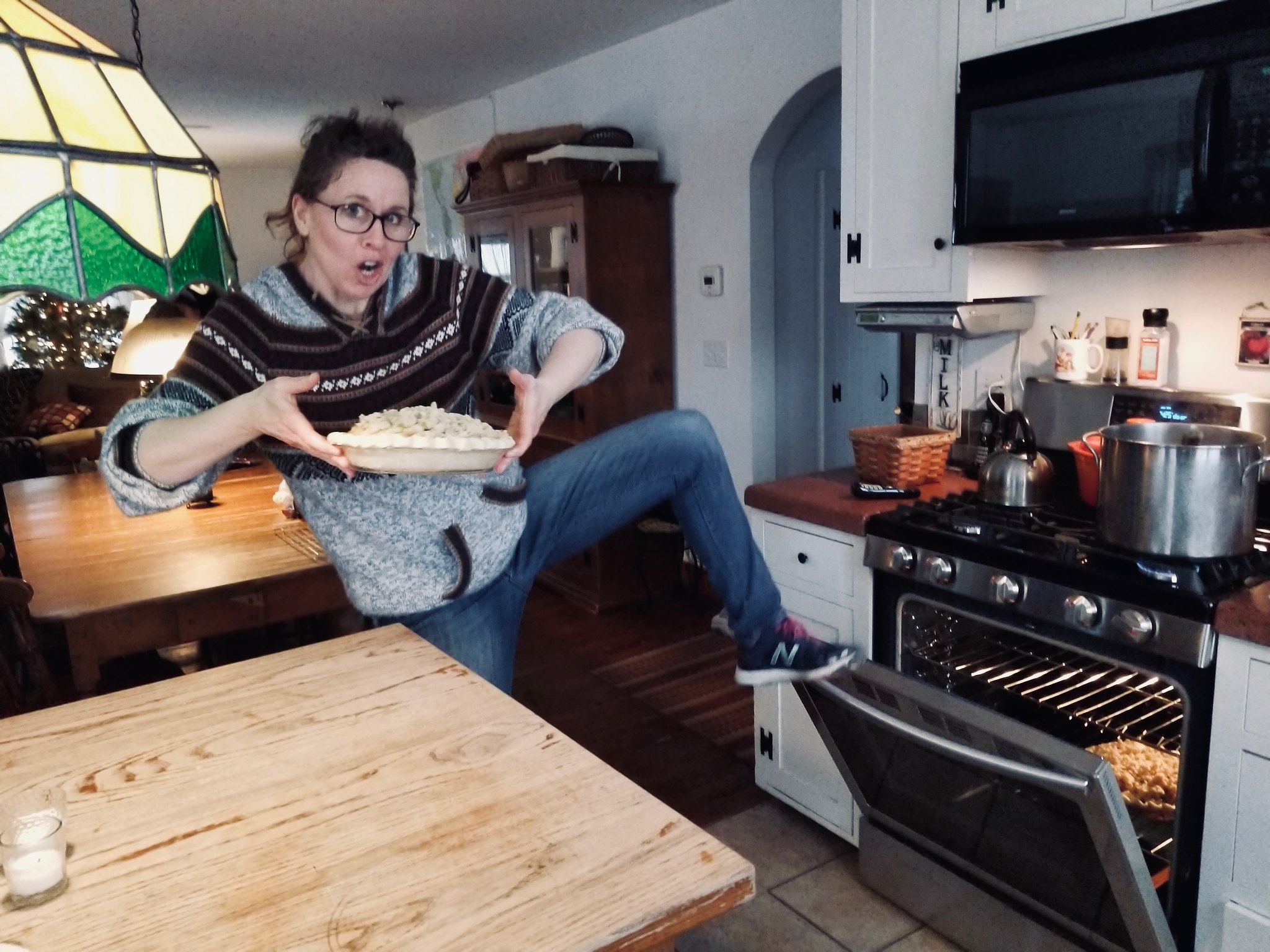 A couple days after they arrived, the weather turned cold. 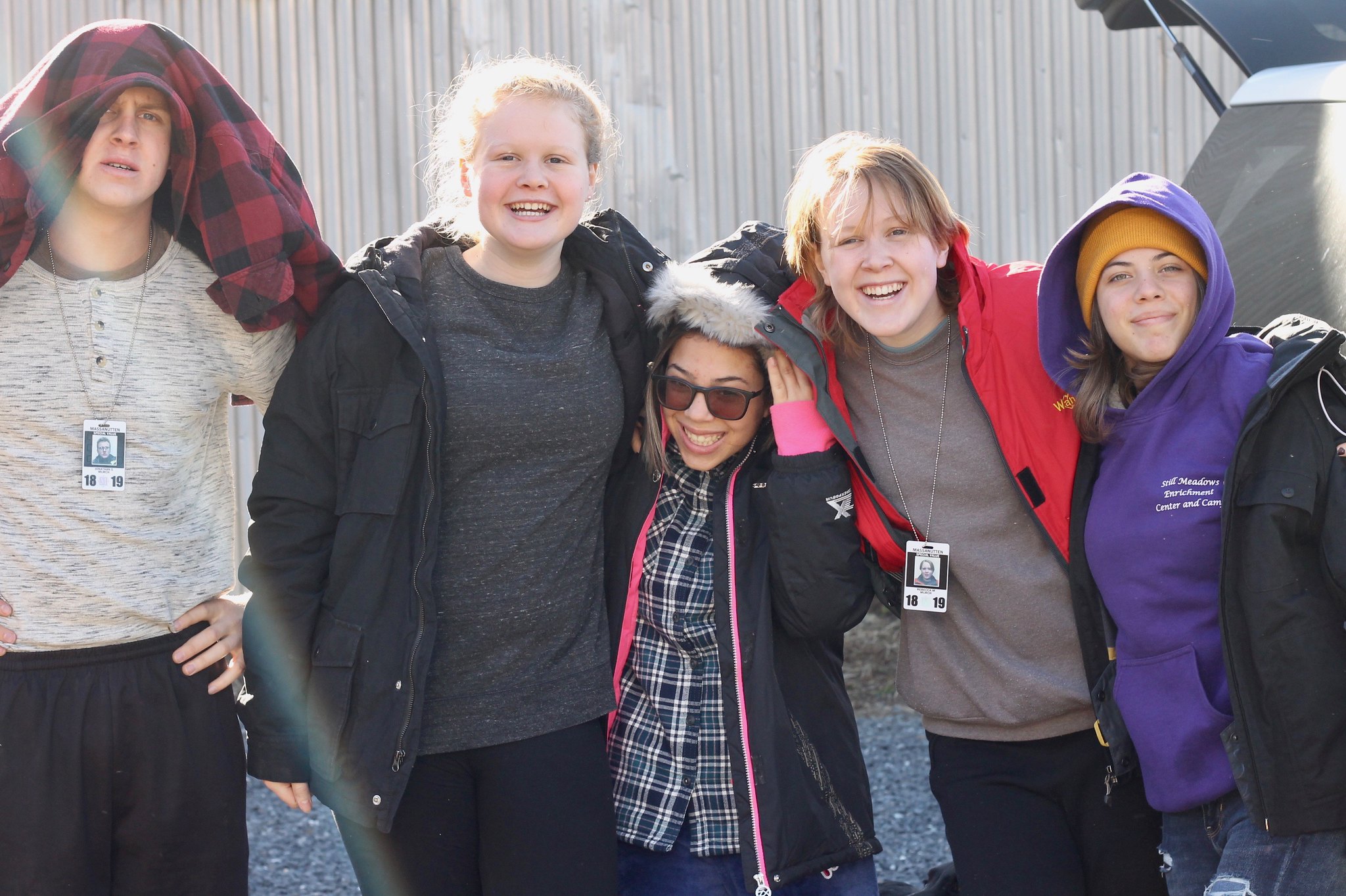 On Friday afternoon, the kids went skiing and snowboarding, and then yesterday a storm swept in. Glorimar and I went for a snowy walk to my parents’ house last evening (we each hit the ground at least once). 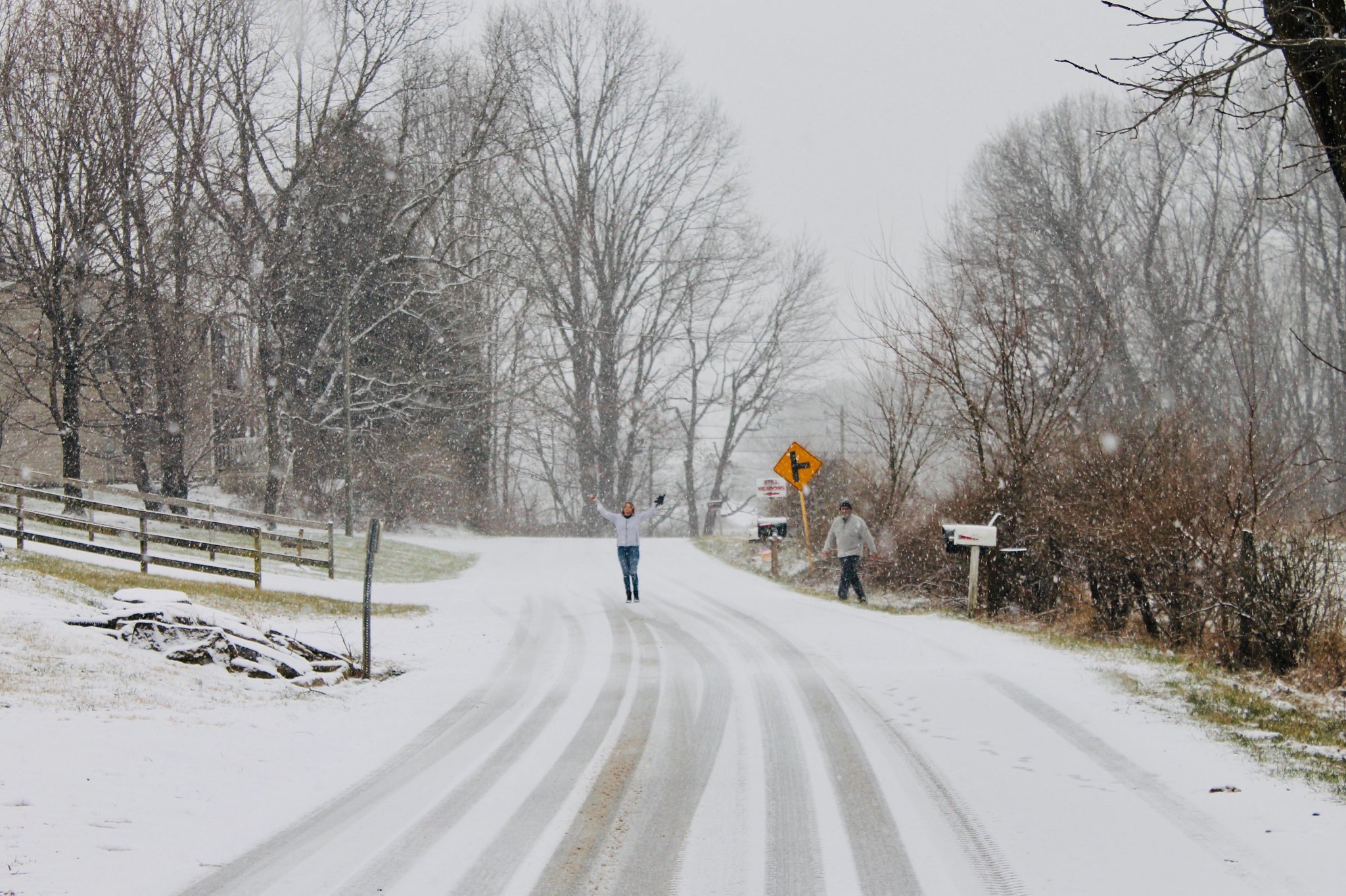 Now this morning, I’m sitting on the sofa, listening to all the reactions as people wake up: lots of squeals and yips and happy dances, video phone calls to folks back home and photos, tentative excursions out into the bright whiteness.

Fresh snow is always exciting, but add a half dozen Puerto Ricans to the mix and it’s pure magic.