Look at this gorgeous bag of homegrown popcorn that my niece gave me for my birthday! 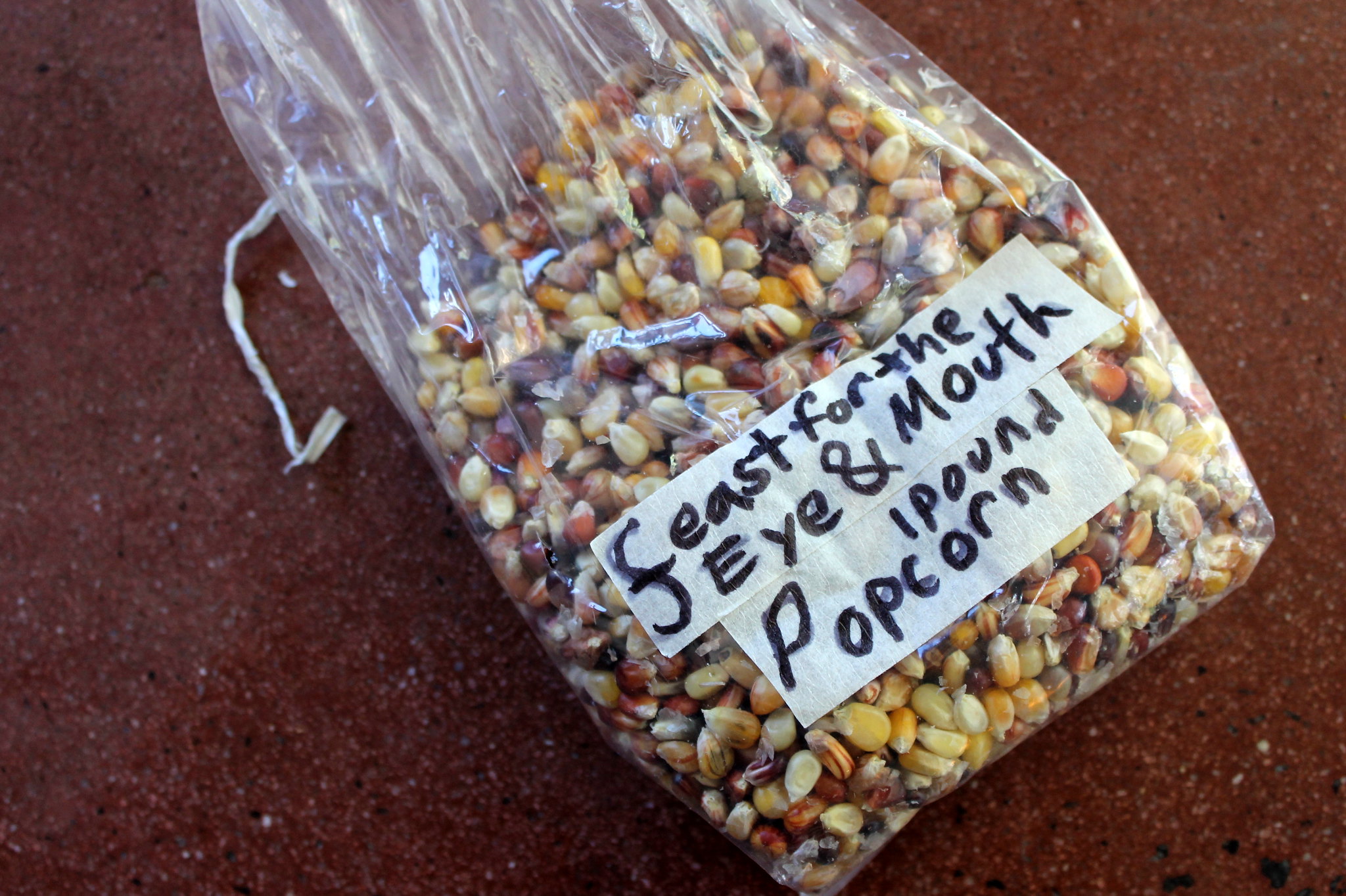 Homegrown popcorn tastes completely different from store-bought — store-bought is tough and chewy while homegrown is tender and crispy-light — and even though I buy locally-grown popcorn direct from the farmer, my niece’s popcorn was leagues better. Which makes me wonder: why is it so impossible to grow good popcorn on a commercial level? 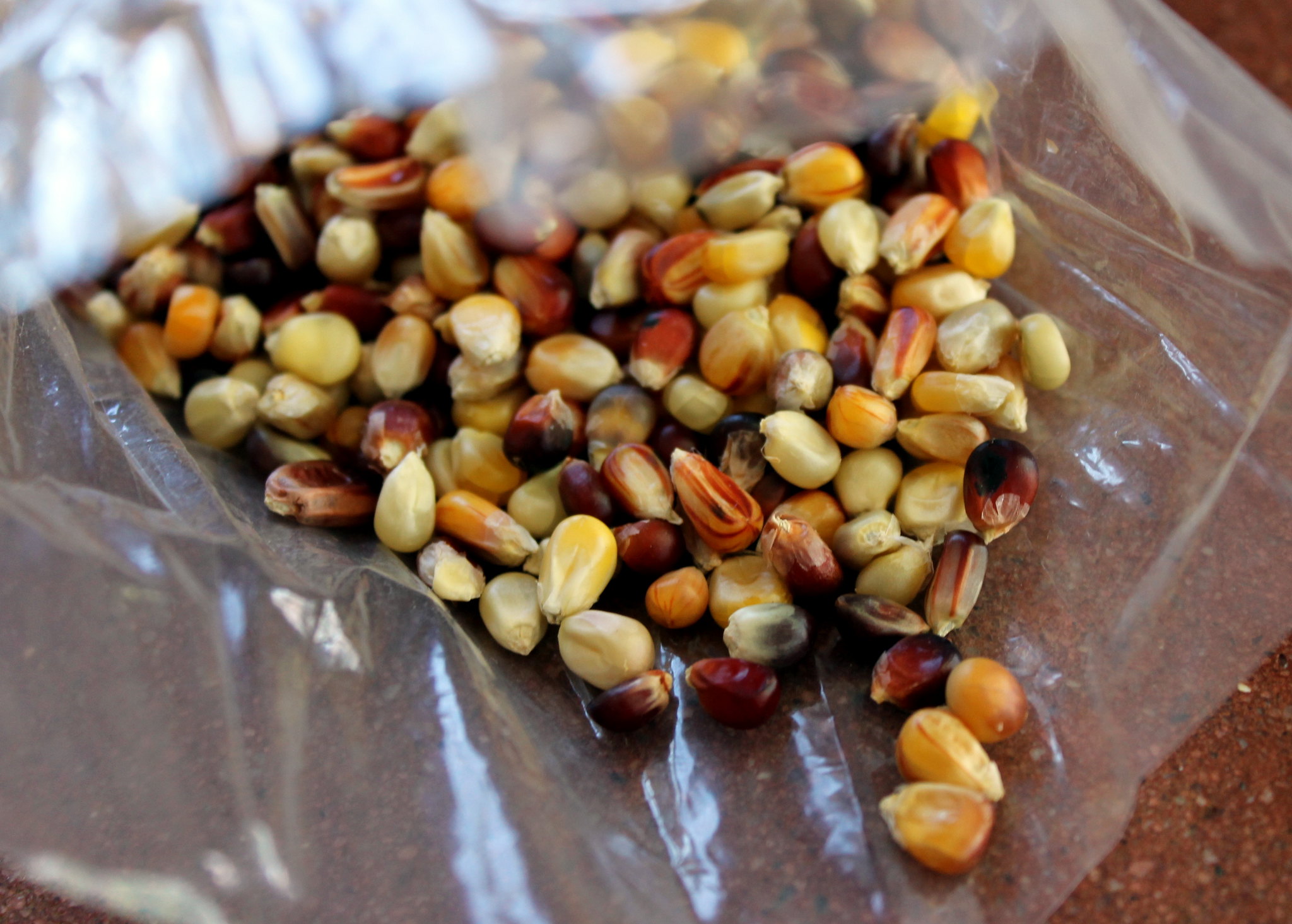 I made myself a batch of feast-for-the-eye-and-mouth popcorn the other night, and while some of the kernels didn’t pop up properly, most of the seeds did do a partial-pop thing so they were perfectly edible and delicious — two different kinds of crunch in the same bowl.

Also for my birthday: a pasta maker! I’d asked for (er, demanded, rather) this months ago, and my husband pulled through. 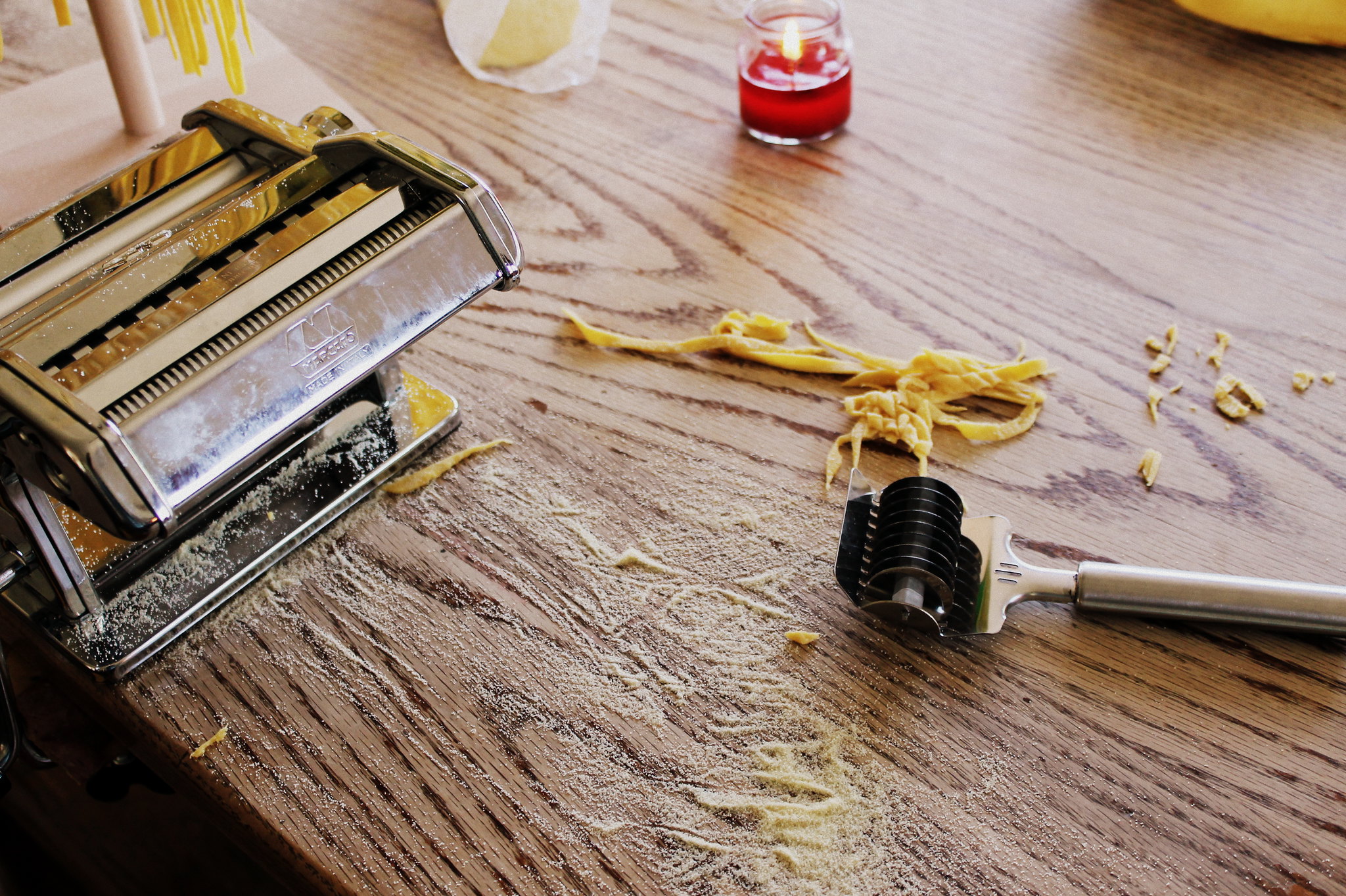 And then Chiro’s family jumped on the bandwagon and got me a ravioli maker/mold, a pasta roller cutter thingy, and a drying stand. 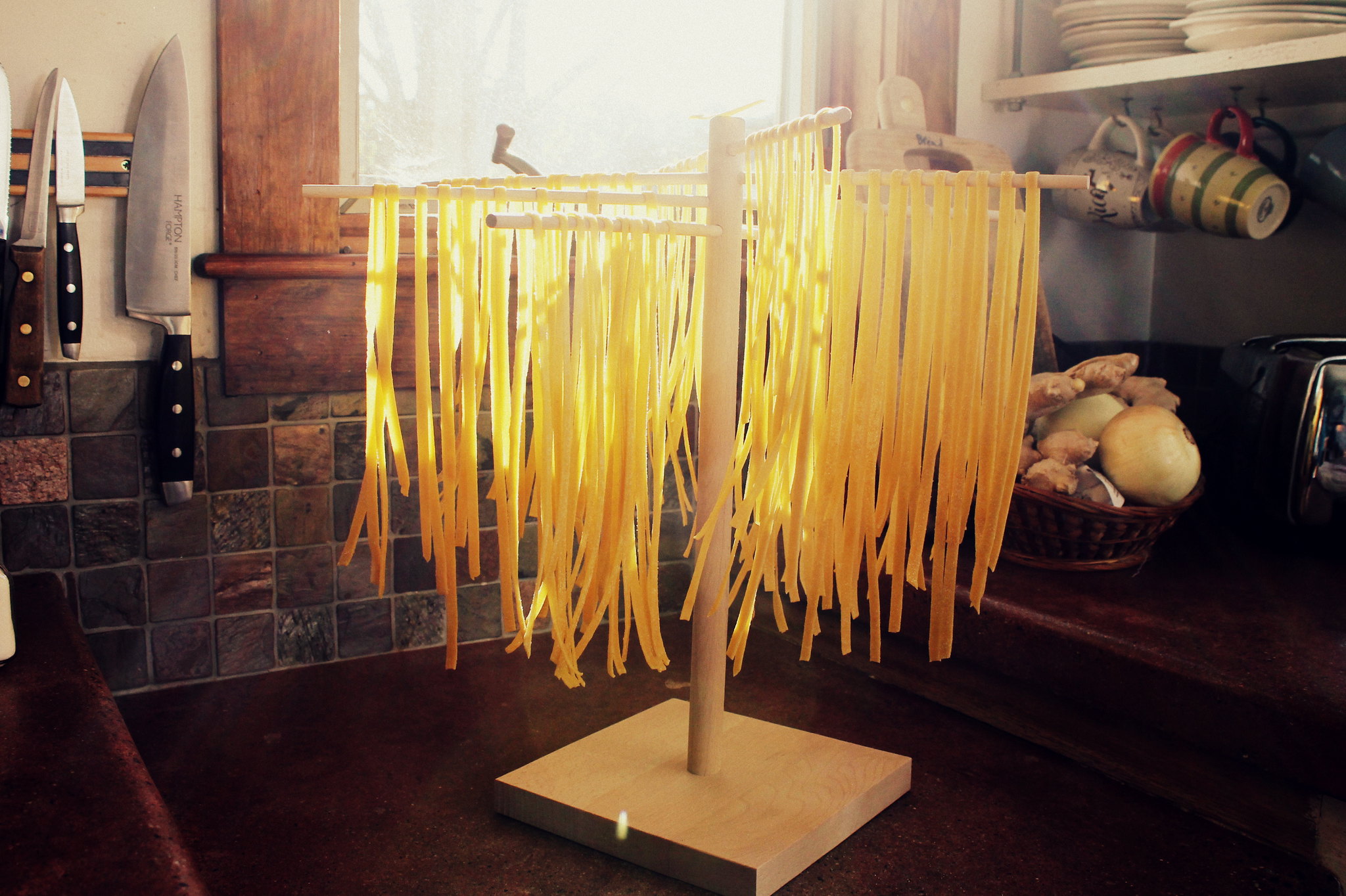 Now I’m very much on a pasta kick, of course. The other day I made this for supper (but I used collards instead of kale and noodles instead of beans), and then one afternoon when I had time on my hands, I made a batch of fettuccini just so I could try out my drying rack. The rack worked wonderfully, much to my younger son’s delight: no longer did he have to painstakingly detangle clumps of stuck-together noodles. 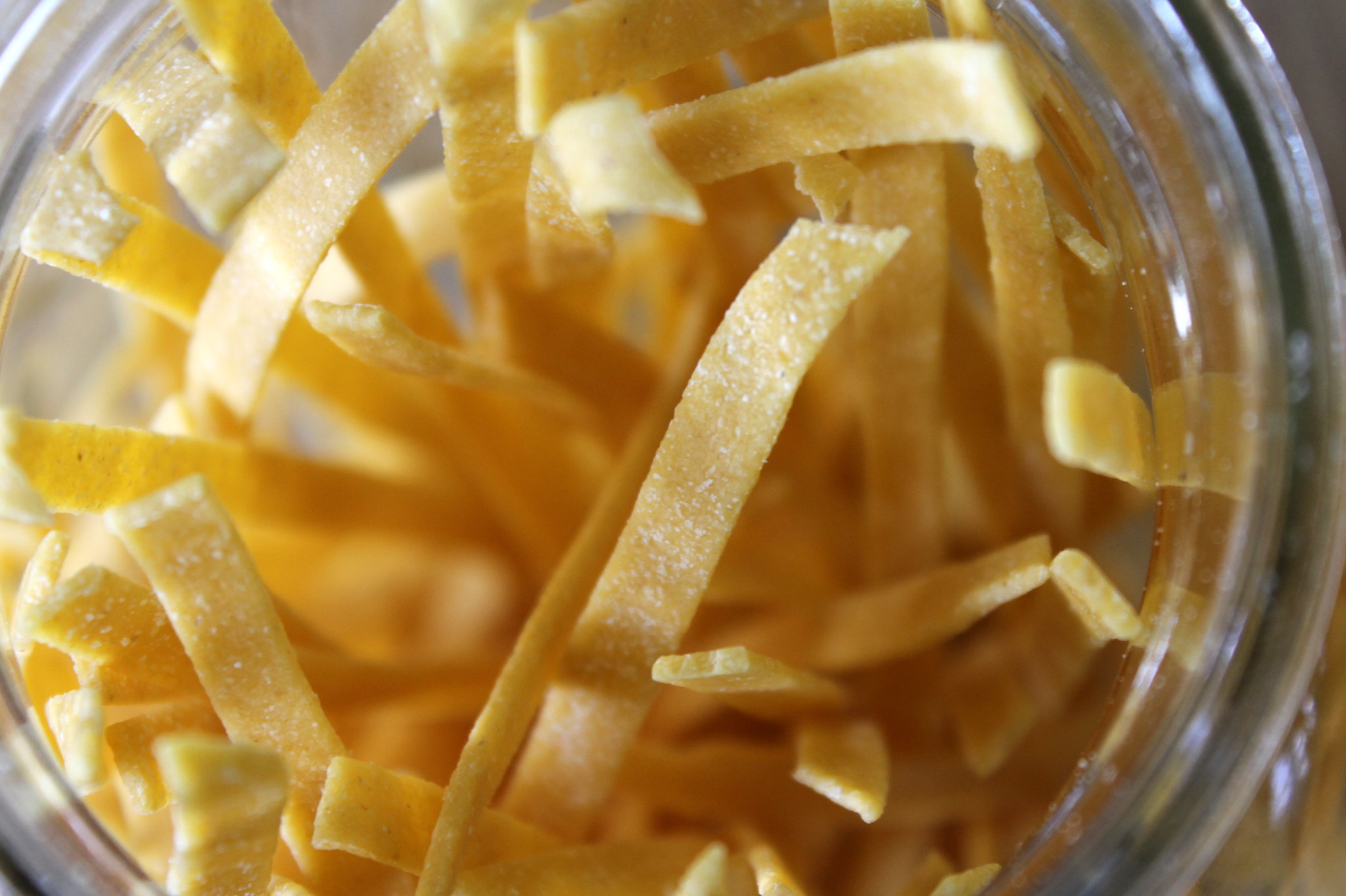 I let the noodles dry on the rack overnight before slipping them into half-gallon jars and storing them in the freezer. The noodles were quite brittle but my cousin had warned me that, even though she’d dried her noodles to the snapping point, they’d still, for some odd reason, grown mold at room temp, and there was no way I wanted to risk that.

Have you ever tried cocoa and coffee cheese? 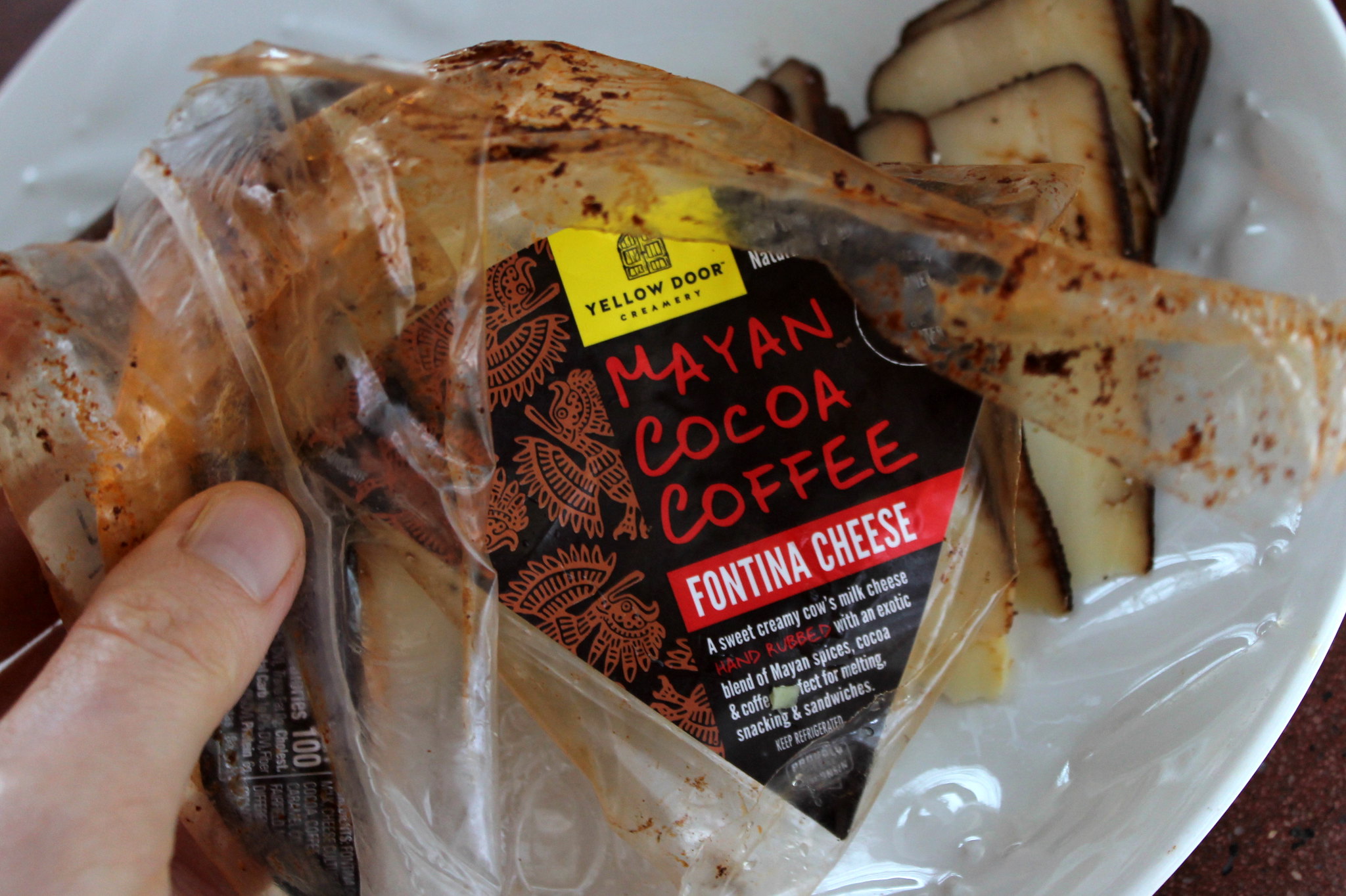 I discovered this when I was at Costco with Chiro and Lery. We’d long teased Chiro about his custom of plopping a thick wedge of cheese in his cup of coffee (hot chocolate, too, he’d told us) — the cheese flavored the coffee and then, at the end, there’d be a melty-soft lump at the bottom — but now here was Chiro’s habit in reverse: soft Fontina cheese with a rind of spices, cocoa powder, and coffee. He bought it, of course. 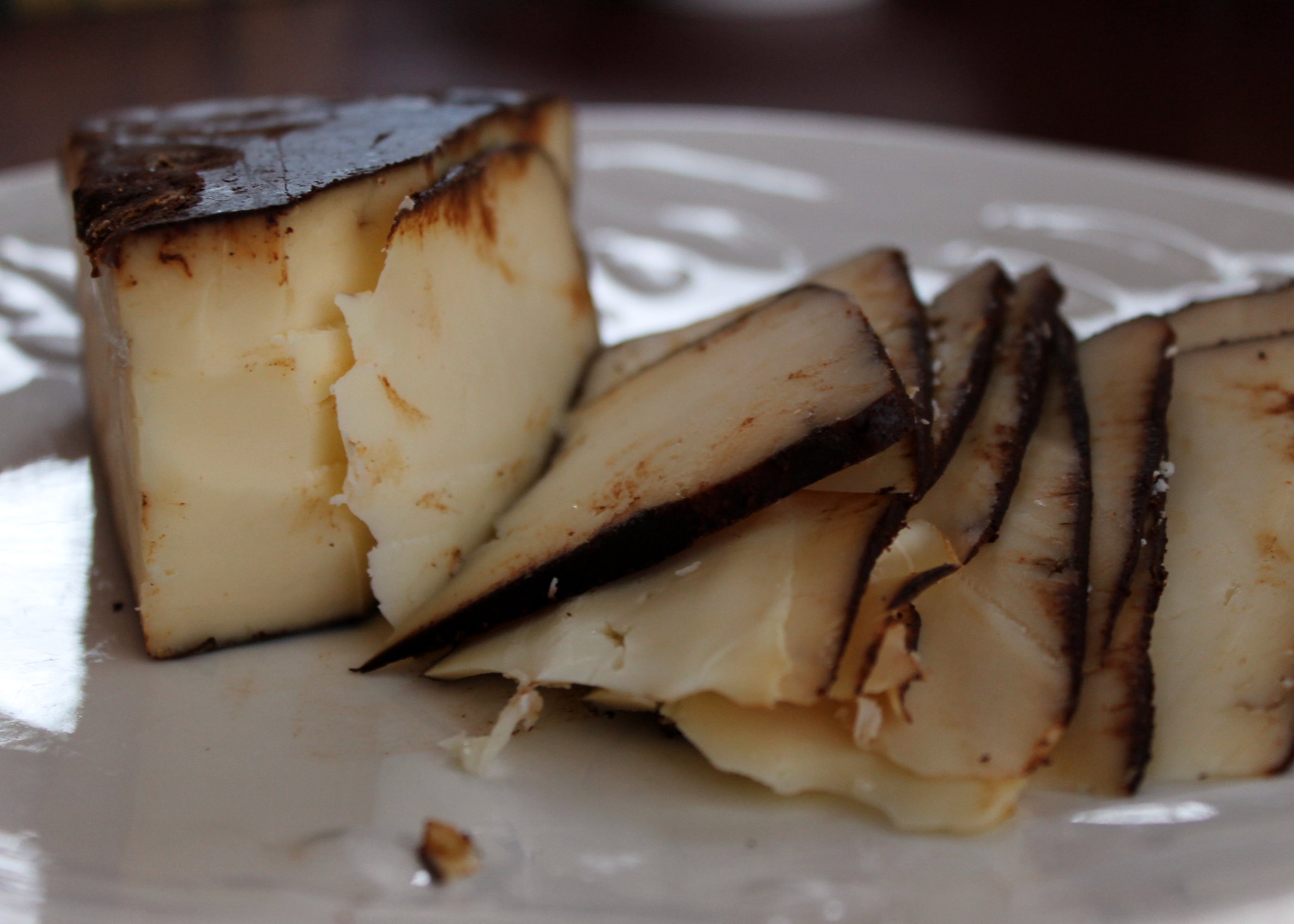 The cheese is yummy — and a small piece is all that remains — though I still prefer a modest barrier between my cheeses and hot beverages.

Also purchased by Chiro and Lery at Costco (they kept us well-stocked!): 18 Carrot Gold Chips. 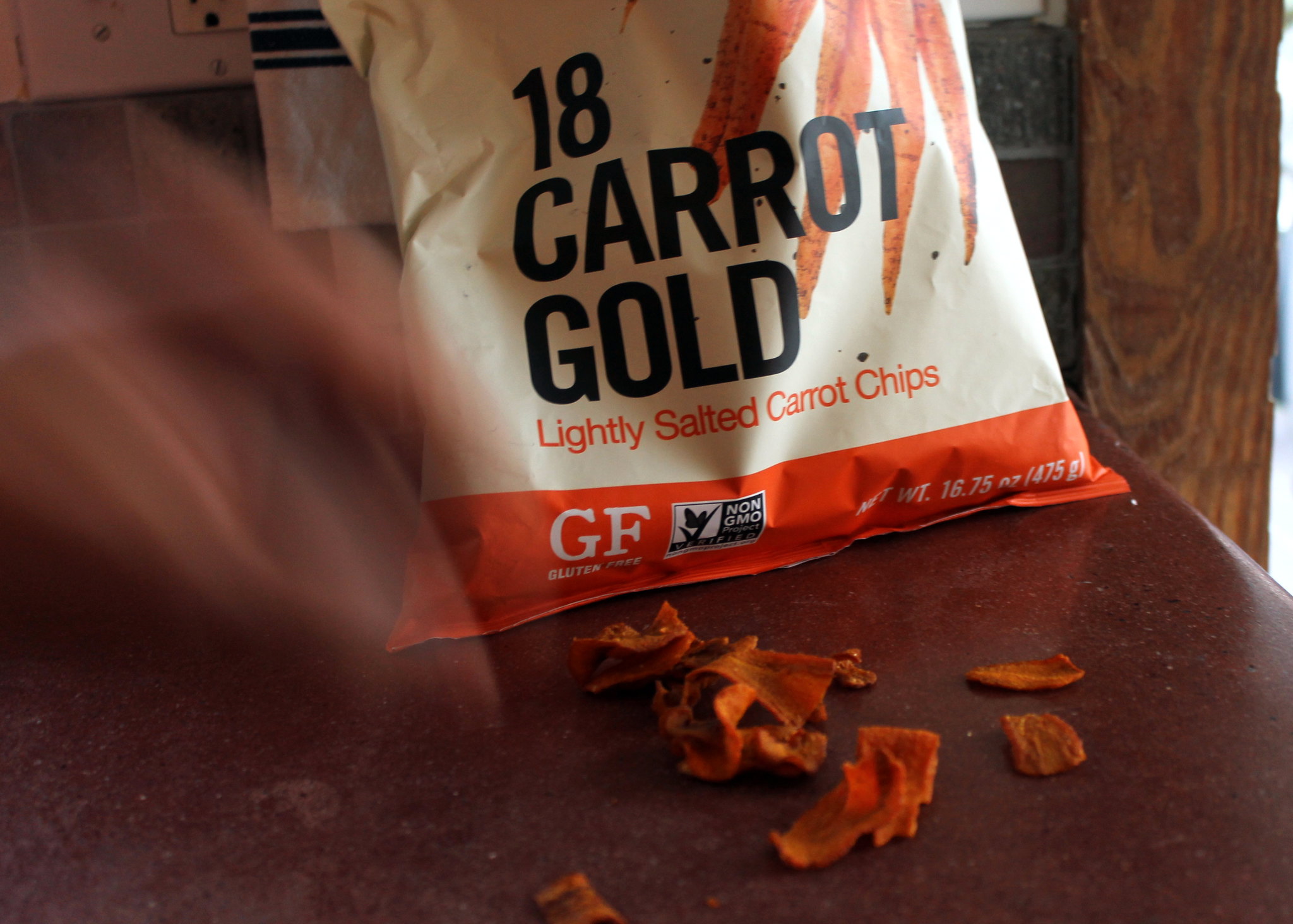 They are so, so good — sweet and salty, crispy and light — though they have a richness that deters one (or me, at least) from gorging on them as with regular potato chips.

Have you seen the new Netflix documentary Salt, Fat, Acid, Heat? I watched the first episode by myself on Friday, then the next two episodes with the kids on Sunday evening and the final one, again with the kids, on Monday afternoon before supper. 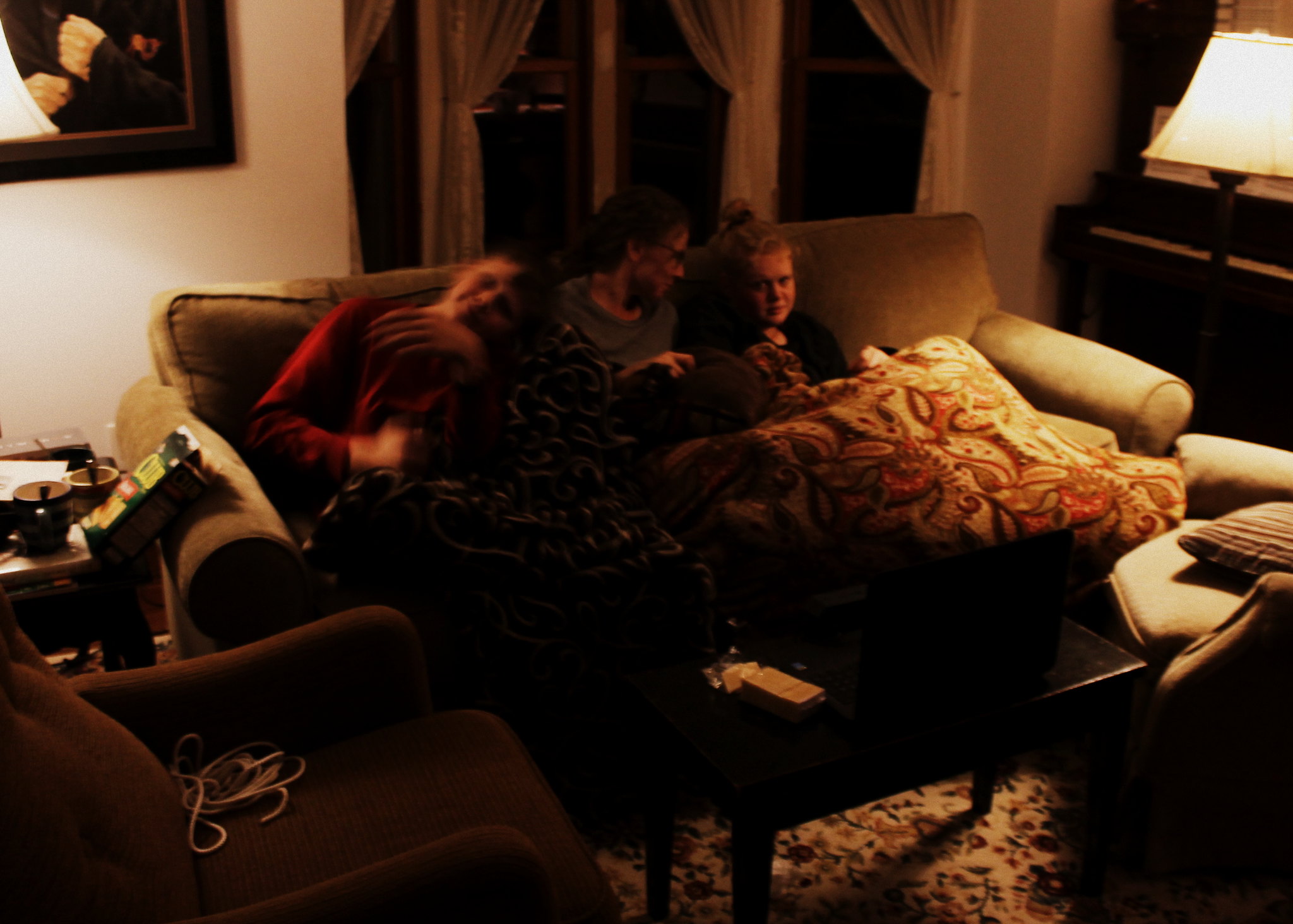 I learned a good bit about food, but mostly, I just loved watching Samin. Her laughter is contagious, her exuberance inspiring. Recommend!

I inadvertently discovered this piece of magic while making a grape pie. I lined a good-sized pie pan (10-inch, maybe?) with pastry, crimped the edges, and then poured in the hot grape filling. I’d forgotten, however, that the pie filling was only three-cups worth, hardly enough to even fill the pie halfway. What with a good inch of crust towering above the piddly amount of filling, the whole thing looked woefully pathetic.

But then I put the pie in the oven and magic happened. The pie edges melted down the sides, slumping around the fruit like a crostata. Since the crimped edges were protected by the pie pan’s glass sides, the pastry baked evenly without any threat of burning, so, when the recommended baking time was up, I just kept right on baking it. 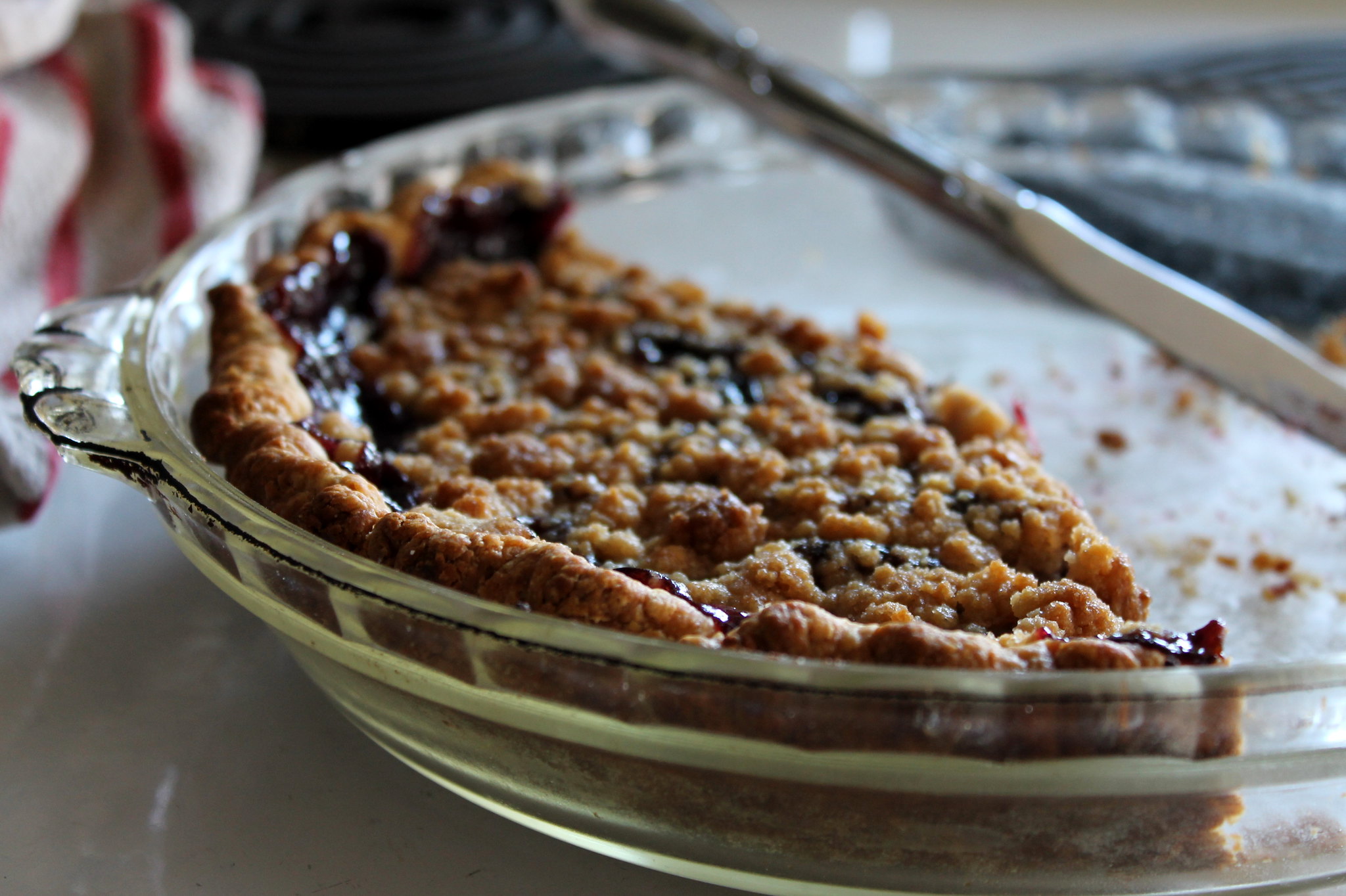 The resulting pastry was deeply golden brown through and through (no soggy bottoms in sight!) and the crumb was crispy-flaky, all toasted, buttery goodness, swish and flick!

*If you like Harry Potter and/or dance, watch this.