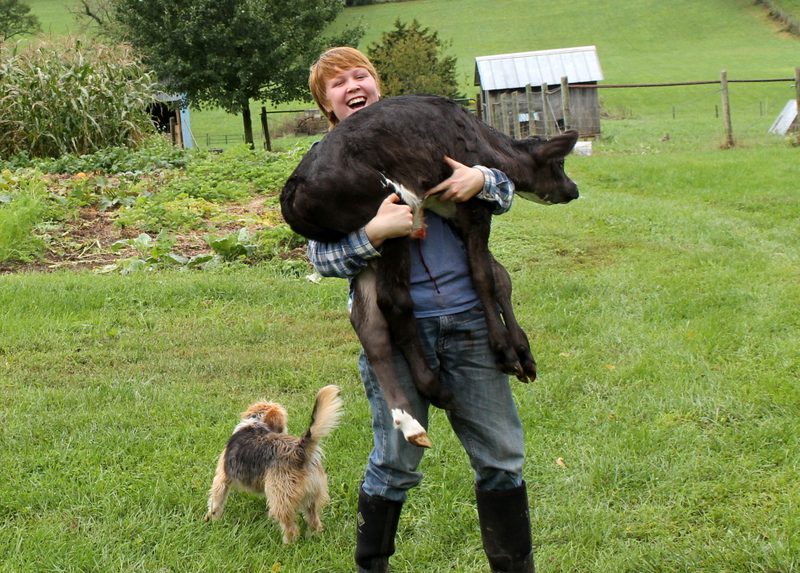 A heifer was born over the weekend, so we picked her up — literally, in my daughter’s case — and added her to the pack.

She’s a little thing, wiry and independant. During the day, she likes to go lay down in the tall grass, far away from the boys. 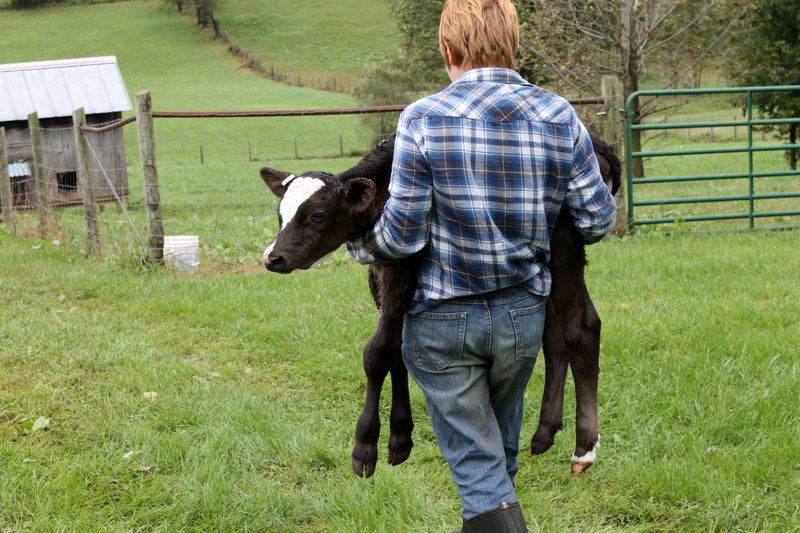 It’s still up for grabs whether or not we will keep her for a milk cow — and it’d be a bit overwhelming since she’d give way more milk than we could use — but we’ll figure that out later. In the meantime, I get such a kick out of her. When she drinks her bottle her tail curls up. 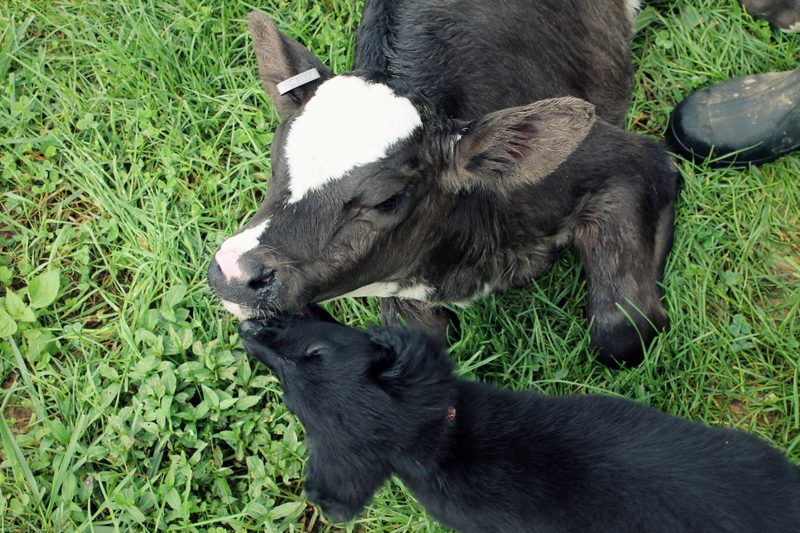 One of the boys has scours, but so far we’re managing it with electrolytes. He’s still eating, and still able to get up and around, so fingers crossed he makes it!

Ever since getting home, running has been pure agony. I’m running the same distances I did before we went to Puerto Rico, but it used to be I often felt energized after a run, like I was hardly even breathing heavy, but now it’s all I can do to keep myself going. I figured it would take me a few runs to whip myself back into shape, but yesterday morning, after going on yet another run in which my legs felt excruciatingly weak and sore, it finally occurred to me: I hurt because I’m building muscle!

Four months of running on level ground, and all my leg muscles practically shriveled up, apparently, so now that I’m going up and down hills and trying to keep up with my super speedy sister-in-law, it makes sense that I’m kind of dying.

I’ll keep plugging away and in a couple more weeks I’ll hopefully feel stronger. (If you hate running but kind of want to not hate it, this inspiring post is just for you.)

The whole time we were in Puerto Rico, I felt slightly puffy and bloated, like I was retaining water. Which I probably was. In hot weather, my one ankle puffs up, and my fingers swell, too. Which made me wonder: in hot climates, does everyone weigh an additional five pounds, thanks to water retention?

I don’t know the answer, but I do know that within days of coming home, I’d peed a whole bunch and de-puffed accordingly.

A bunch of you wondered about my reasons for wanting Coco (and the other dogs) to stay outside, so here you go:

*I’m sensitive to animal smells and even the sweetest smelling animals have a funk.
*Dirty paws, poopy butts, fleas and ticks, ick.
*Potty accidents.
*Allergies. A couple of us are allergic to cats and dogs, and while our symptoms are mostly managed, some houseguests might be more vulnerable.
*Additional bodies = increased activity = more chaos.
*Their garden protection services are needed outside, where the garden is.

Summary: I have principles, dammit! 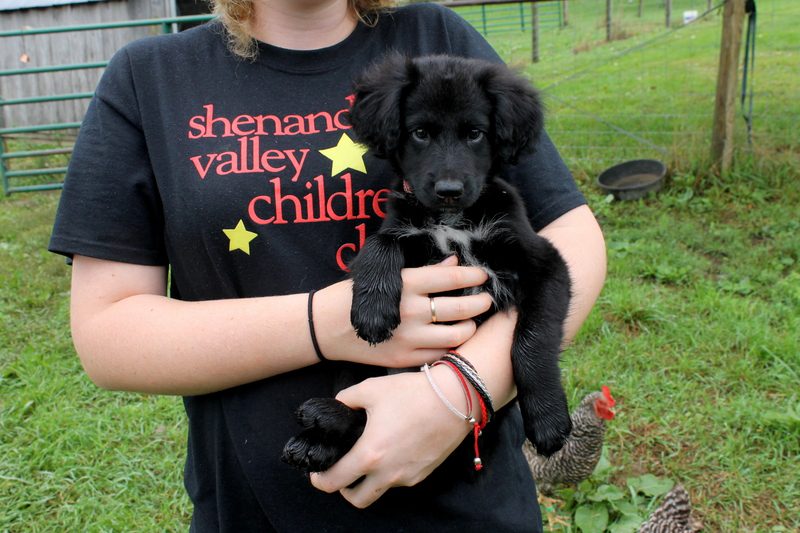 P.S. Coco is sleeping in my daughter’s bed at night.

Earlier this week I nearly suffered death by laundry. After days of rain, I was about bonkers. 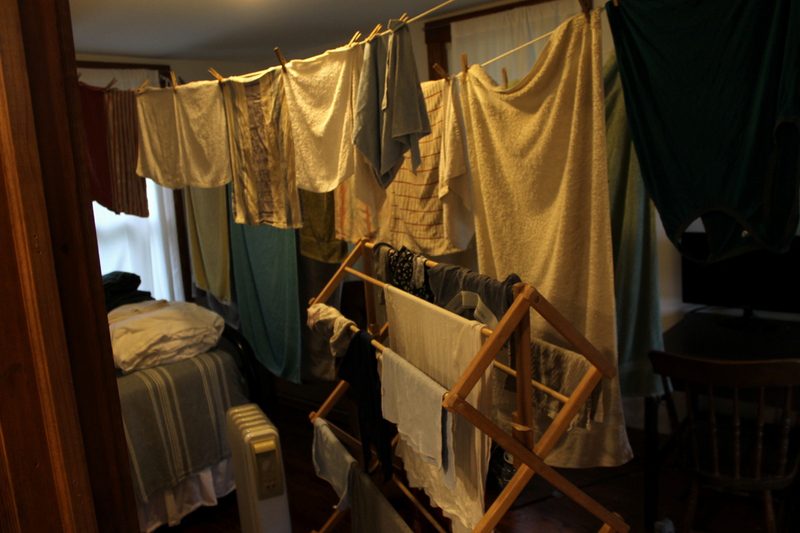 The air was so damp that nothing would dry. We hung clothes up in the downstairs bedroom and they just molded. It was reminiscent of our time in Guatemala (and there we got a dryer). The floors felt sticky, the bed sheets soggy. Wood swelled so doors wouldn’t shut and drawers wouldn’t close. 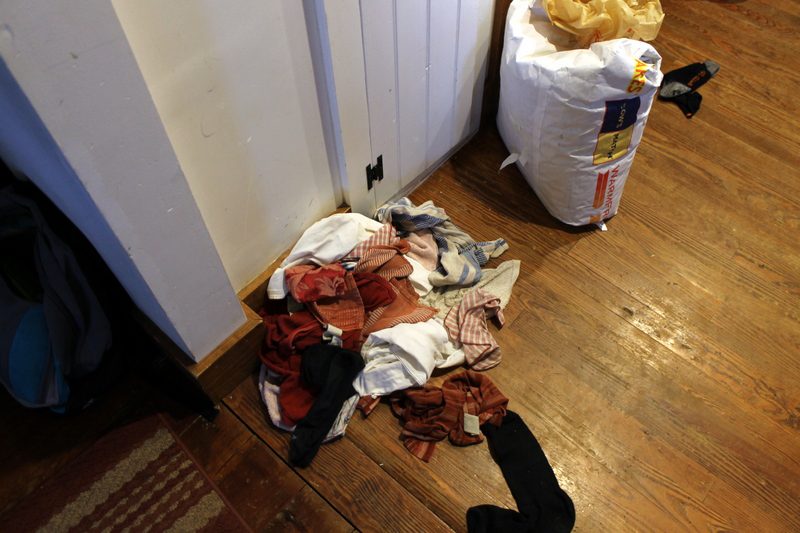 I gave up on even trying to do laundry, and the rancid piles just grew higher and higher. At the peak, the dirty laundry in the upstairs bathroom topped out at waist level. 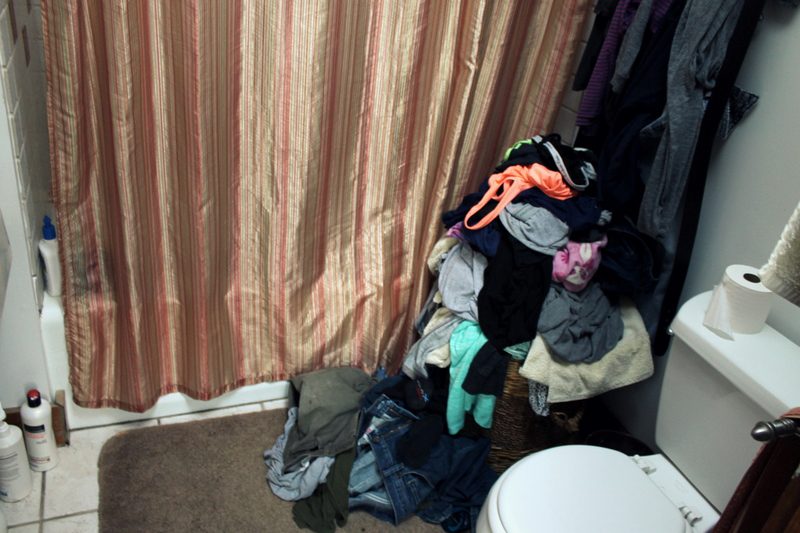 I ran out of dish towels. The kids ran out of underwear. Just when we were reaching desperation levels and I was considering a trip to the laundromat, the sun came out. Over the course of the last 48 hours, I’ve probably done at least 18 loads of laundry.

Each time I wake up during the night, I sleepily stroke the sheets, reveling in their sun-dried, crispy-smooth freshness, ahhhh.

This same time, years previous: the quotidian (9.18.17), historical fun, the quotidian (9.21.15). the big bad wolf, baking with teachers, candid camera, the potluck solution, we love Fred, vacationing till it hurts.