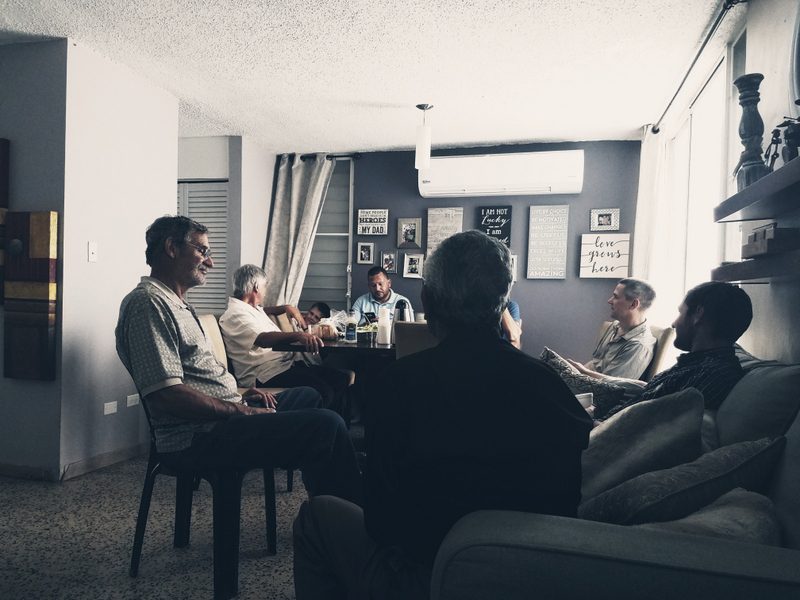 Since the weekly volunteers arrive on Saturday, usually in time for a supper at our place and orientation, Sundays are left open for church, outings, and any spontaneous visiting that may occur. Nothing is ever really planned. Rather, it evolves as we go along. Take this past Sunday, for example.

After church, Chiro invited our family and the four volunteers to come over for lunch. There’d been a bridal shower the day before and they had a bunch of leftover food to use up. Sure thing, I said, and I have some leftover salad in my fridge — I’ll run home and get it.

The salad transferred to a nicer bowl, I doctored it up with some more cherry tomatoes, and bunch of chopped boiled eggs, sunflower seeds, grated cheese, and craisins. I’d just bought a fresh pineapple the day before, so I snatched that up on my way out the door.

At Chiro’s, he was in the middle of re-cooking the leftover rice — his sister had tried to cook 14 pounds of rice in a large kettle and it’d turned out crunchy (as Chiro had warned her it would, he told me rather gleefully) — and making a pan of chicken with onions. They’d plunked a bag of dinner rolls and a dish of butter on the table for people to munch on while they waited. I chopped up the pineapple (it was disappointingly flavorless) and helped Lery wipe down the tables and set out the drinks. Lunch was served.

We lingered over the table in the cool air conditioning, talking about all sorts of things. For example, I learned that upon greeting their parents or elder relatives, children here, even grown ones, will say, Bendición (blessing), and the adult will respond, Dios le bendiga (God bless you). This call-and-response is a sign of respect. They do it when they greet each other and when they say good-bye, before bed and on the phone, too. A child who intentionally skips the blessing request is being disrespectful and rude and may, I’ve heard tell, have their phone confiscated.

My children (two of them, at least), in the meantime, had fallen asleep. 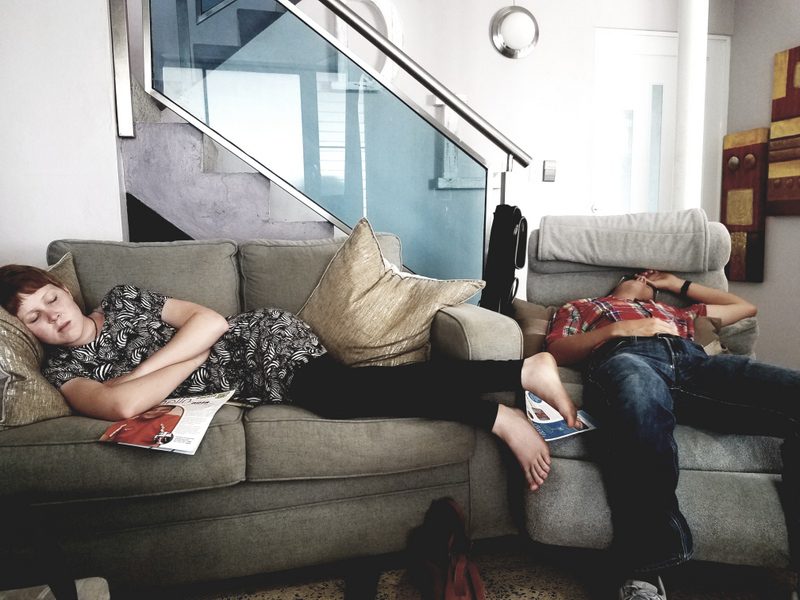 I’d been hoping to make sweet rolls that afternoon, so I begged a couple potatoes from Lery and set them to simmering while we talked. The potatoes cooked and mashed, we headed back to our house.

Lery showed up soon after we got home. The volunteers were still at her house and the conversation had turned intense — politics — plus, she wanted a baking lesson. While I measured and mixed (and assembled a batch of granola on the side) she took notes and asked questions. 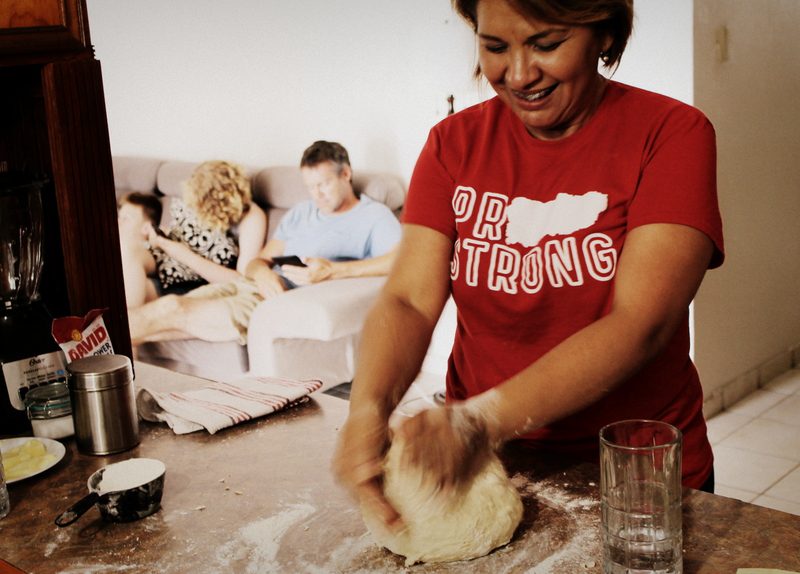 She took a turn kneading the dough, and then, while it rose, we sat in the hot kitchen, drinking water, and talking about life: marriage, work, relationships, etc. 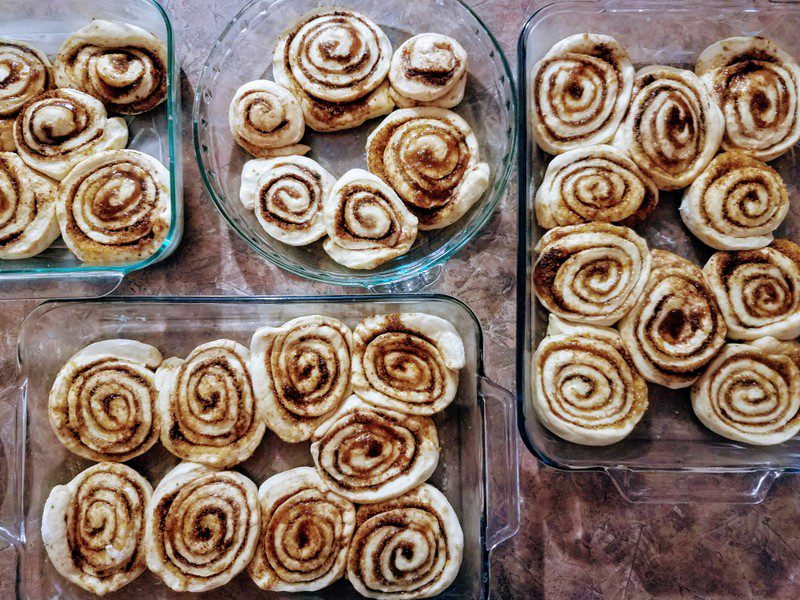 The rolls shaped and in the pan, Lery headed home, and my husband and I made a quick run to the store. I’d promised Chiro a green smoothie experience and needed bananas, spinach, and canned peaches. I texted him a photo of the smoothie ingredients, and then, while the rolls baked, I ran outside to take some photos of the sunset. 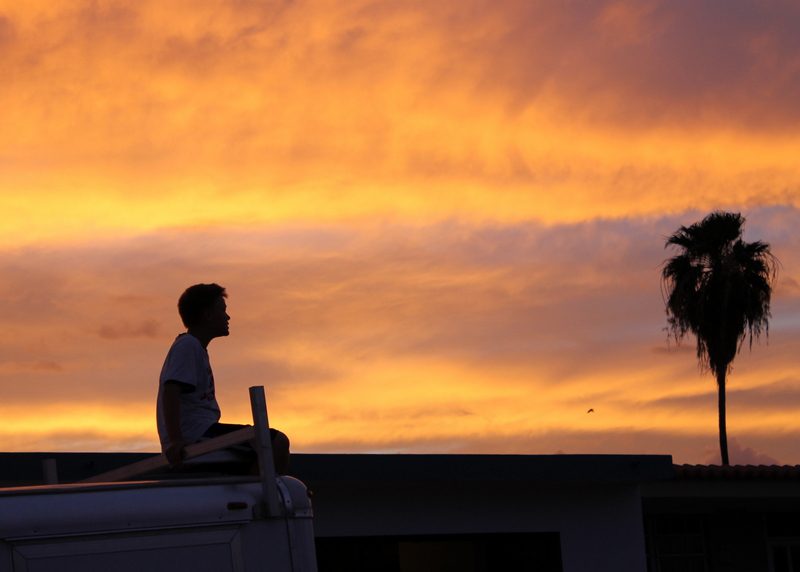 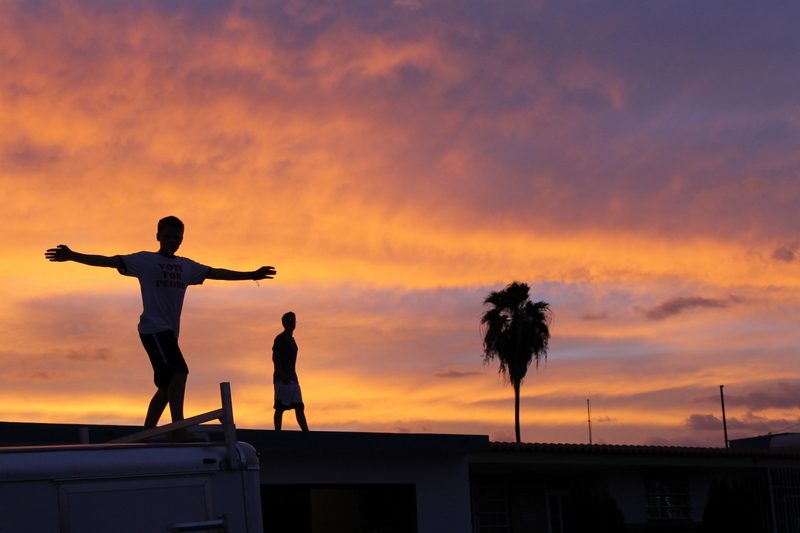 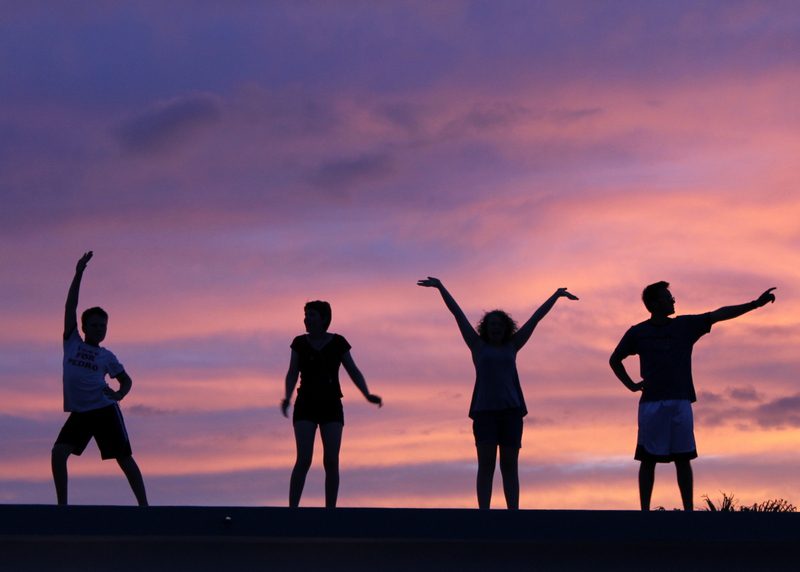 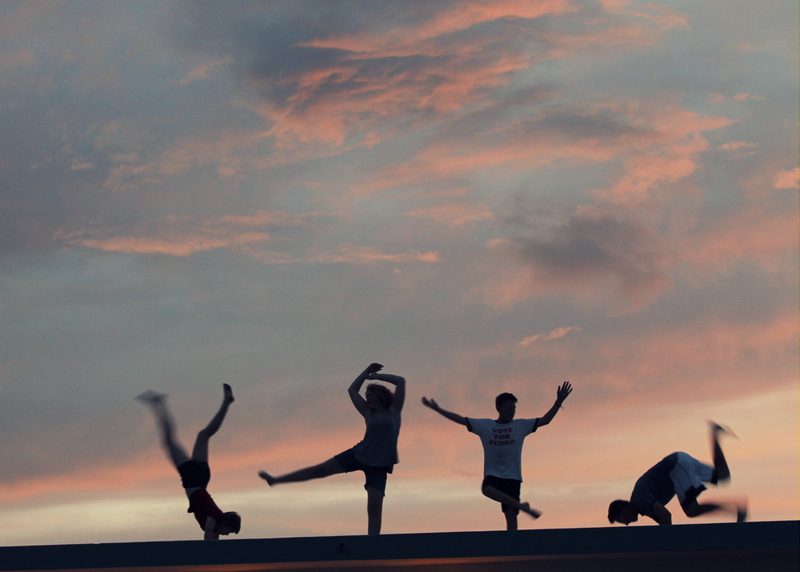 I lost track of time, so the rolls got a little dark, oops. I glazed them and then texted a photo to Lery: You coming? Should I make coffee?

Around eight, they showed up — their daughter, too — and we sat on the porch and visited. The mosquitoes came out, so we lit the citronela candle. My younger son drug some pots and pans out to the sidewalk for some late-night drumming (which we promptly shushed).

As Chiro and Lery were getting ready to leave, the volunteers showed up, so they plopped back down in their plastic chairs and settled in for round two. We got out the last two pans of sweet rolls, and the kids did a quick table clean-up and passed out cups of water. Crowded together on the twinkle-lit porch we told stories, joked, and argued over the origin of the word “gringo.” At one point — this was before the volunteers showed up, I think — Lery was seized with such a fit of laughter that she was rolling on the floor.

After several failed attempts at leaving, everyone made it into their cars. The older kids had put themselves to bed, and my younger son was asleep on the sofa. My husband and I washed up the last few dishes, showered, and, at eleven, finally crawled into bed. I was exhausted, but still buzzing from all the sugar and conversation. It took me a good while to fall asleep.