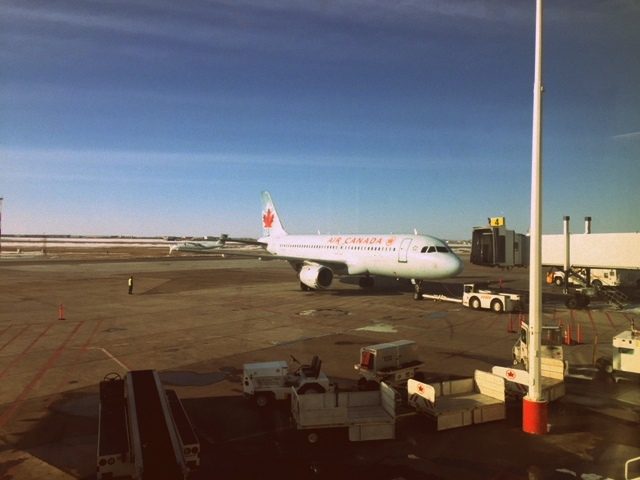 So last week my husband and I took off for Saskatoon, Saskatchewan for several days of MDS leadership training.

The entire time was spent in meetings (I stepped outside once, for about one minute), so it wasn’t exciting in the “Ooo, I’m in another country” sense, but we did hear lots of French in the airports and I got to have coffee and donuts (my favorite: the honey-dipped) at Tim Hortons , so there was that.

The trip home was brutal, thanks to a midnight-until-5:30 a.m. layover in Toronto. Sleeping (ha, yeah right) under a plastic tree on a dirty carpet in a drafty airport was so NOT glamorous. 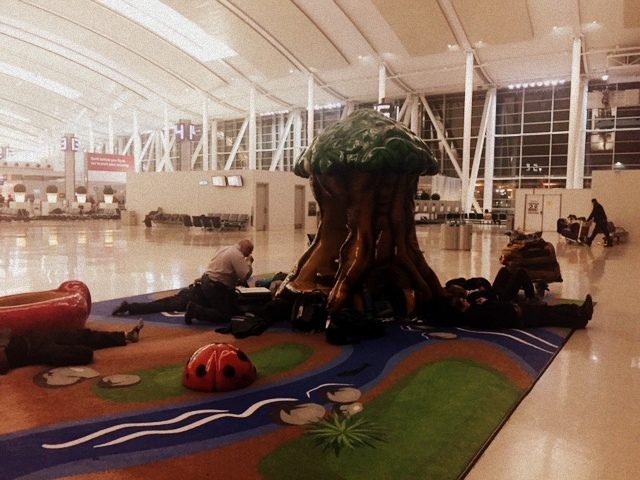 And to add insult to injury, the two older men we were traveling with hardly even batted an eye at the sleep deprivation and travel conditions. They were like a pair of energizer bunnies. My husband and I could hardly keep up.

But the best part? Coming home. (Which begs the question: if I love coming home so much, then why in the world are we leaving for four months?!)

While we were gone, the older two kids stayed at home and the younger two rotated between my parents’ place, a friend’s house, and home. Throughout the week, our older daughter would send us photos: of the table loaded with pans of rising sweet rolls, of her dinner plate of steak, cabbage slaw, and purple cabbage, of the kitchen counters piled high with dirty dishes (and the caption: “Cooking is so hard!”)

She was the one who picked us up in town. On the drive home, she filled us in on their week. They’d eaten supper at my parents’ place, and another supper at my brother’s house. My daughter’s mentor took her out for lunch once. One of her friends was visiting from out of state and the three girls had a sleepover. 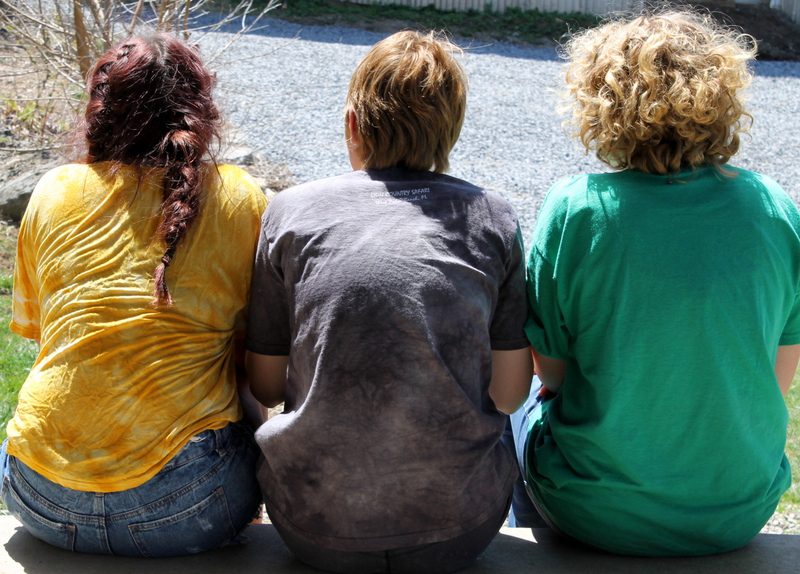 Our youngest lost a tooth, she said, so she’d bought him a Tooth Fairy present (though she hadn’t yet given it to him, since he promptly lost the lost tooth). She’d scheduled four riding lessons for the next week. And, she proudly told us that she’d cleaned the entire house. “When I’m in charge,” she said, “I keep my house clean,” and I laughed at her use of first-person possessive, and wondered: Have I made myself redundant? 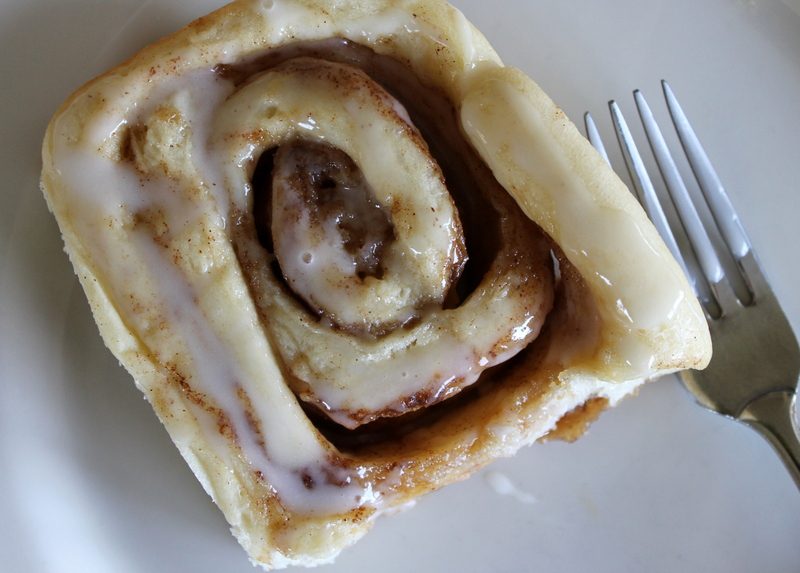 When we pulled into the driveway, my husband sucked in his breath, “What in the world?!” and my daughter laughed and said, “Yeah!” but even though I was looking all over the place, trying to figure out what the big deal was, I couldn’t see a thing. My daughter kept talking — “eight tons … gravel … bobcat” — and I finally saw it: they’d redone the driveway!

Fed up with listening to my husband gripe about the mudpit that was our driveway, our older son had finally taken matters into his own hands. He, along with the help of his sister, borrowed a bobcat, graded the driveway, ordered the gravel, and paid for it in cash (their own — though we refunded them the majority of the money later because hello, they fixed the driveway). 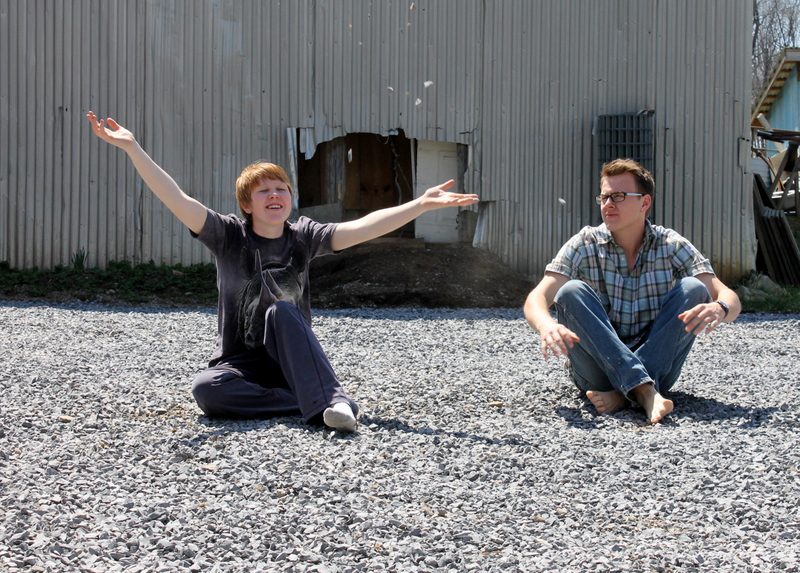 The house was spotless (except for the upstairs bathroom that my older son never cleaned like he was supposed to…and that is still quietly, dirtily, waiting for him), the freezer stocked with sweet rolls, a big tub of leftover broccoli soup in the fridge, laundry on the line, vases of flowers on the table. 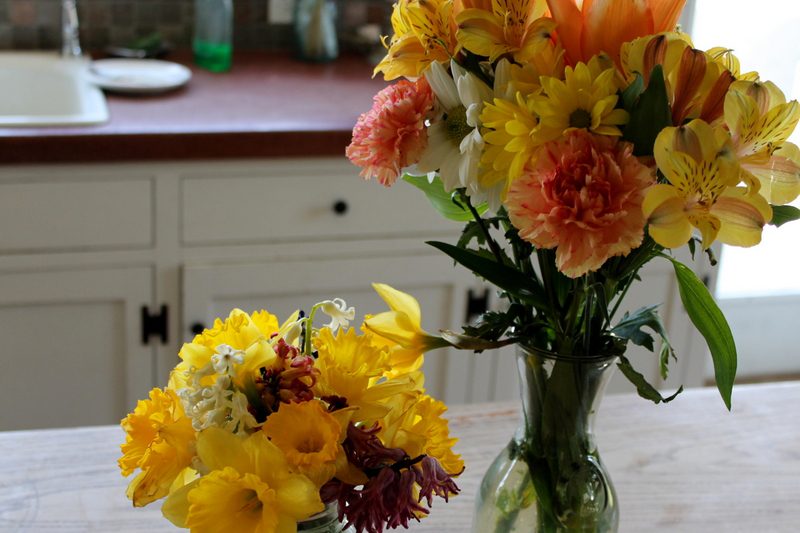