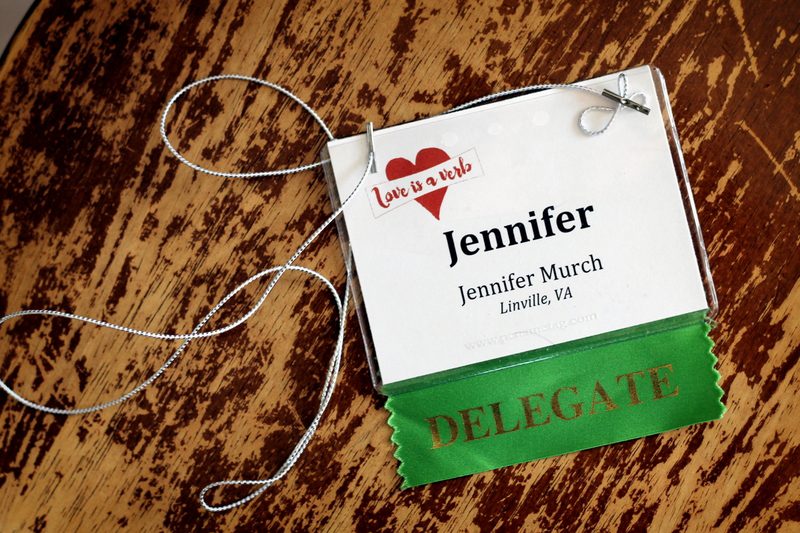 I spent most of last week in Orlando, being a delegate for our national Mennonite church’s convention.

Confession: I don’t like conventions. There’s the dungeonesque nature of the whole place—artic air conditioning, high ceilings, no windows and dim lighting, miles of mottled carpeting, the food, when finally located, so wrapped in plastic that it’s positively mummified, and so on. 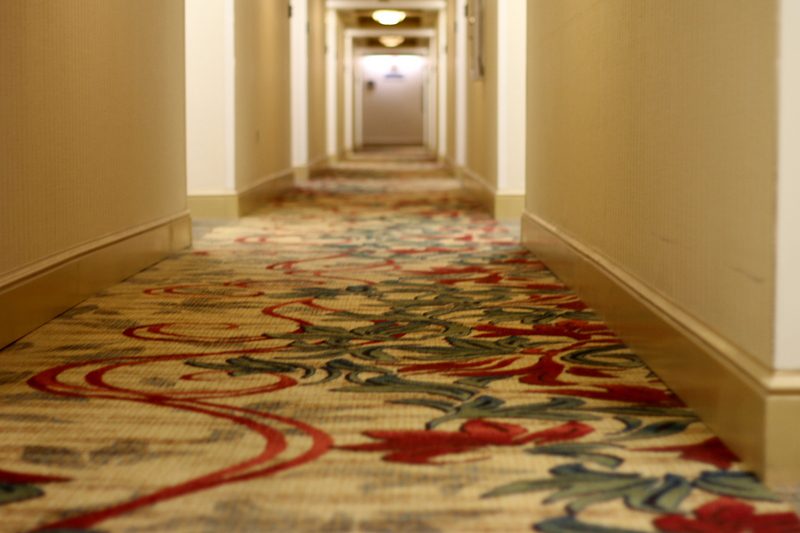 Then there’s the emotional and social paradox: surrounded by thousands of people but alone. Convention might be paradise for pastors and academics who get to reconnect with friends from different colleges, seminaries, and churches, but since I’m neither a pastor nor an academic, I had a noticeable dearth of connections to make. Which was fine, truly, but also terribly boring. 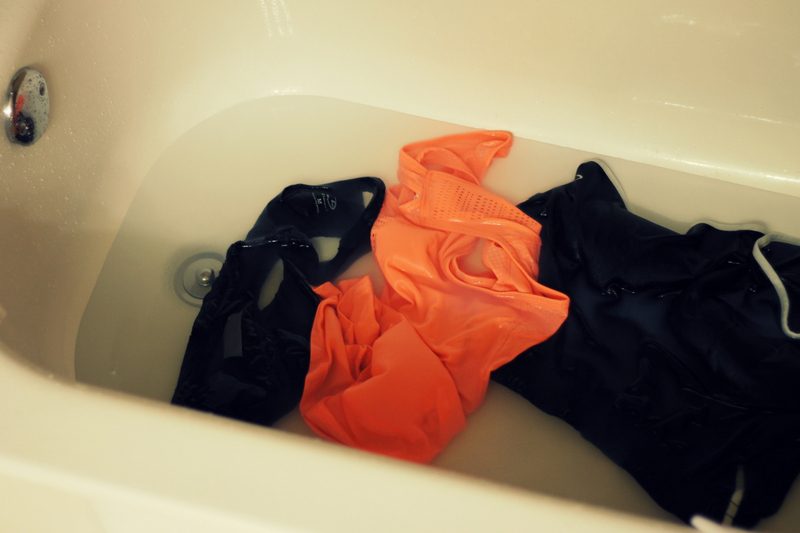 The extent I’ll go to care for my mental health: running in the Florida summer heat.

I hated floating, wafting from one air-conditioned room to another, not doing anything. But then on day three—finally!—meetings started, and from then on, I was fine.

This year’s convention was polar opposite from the last one. Aside from one, four-hour delegate meeting in which we voted on an Israeli-Palestinian resolution (it passed with 97% affirmation, wheeee!), the rest of the time was devoted to the Future Church Summit, a church-wide brainstorming session. Along with the delegates, dozens of other people had been invited, including a fair number of youth through the Step-Up! program. For example, at my table, along with pastors (and the executive director himself), we had a high school student and two college students. Thanks to all the young people, the room had a different vibe, new voices, fresh voices, young people who cared. It was wonderful.

In the opening worship service, the speaker set the tone for the whole convention. There are three stages to ministry, he said: presence, advocacy, and direction. Until we have been fully present, until we are willing to advocate for other people (even our enemies), only then can we provide direction. And if we can’t do those first two things, then we have no business even opening our mouths.

And that, in a nutshell, was the thrust of the Future Church Summit. We were there to be present, to listen. Church leadership wasn’t going to tell us what to do or how to be. Through listening to each other, we got to collectively say how we wanted to be church together. How stunningly simple. How radical. 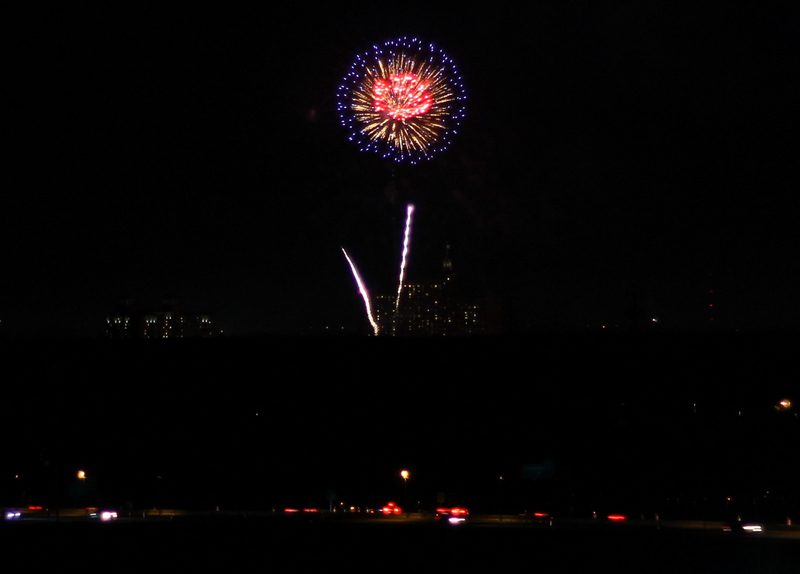 All the ideas and issues we discussed—and there were a lot: prison reform, power redistribution, diversity, LGBTQ inclusion, climate change, voluntary service, doctrine of discovery, etc, etc.—were great, but it was the process, a process that allowed all voices to participate, even the ones that have been repeatedly silenced, that I found most inspiring.


The leader would throw out a question and give directions for how we’d proceed.

Table Group Discussion
For 30-40 minutes, we’d discuss what we wrote down and then work together to find common themes.

Theme Team
Up at the front, about 12 people clustered around a big table, busily reading and compiling the submissions. They’d often get well over a thousand submissions per question.

Group Response
While the theme team continued to work, our leader led the entire group in about thirty minutes of either a spiral process (described in this book) or a Samoan circle, by inviting anyone who wanted to share to come to the front of the room while the rest of us watched on the big screens. Each person had two minutes (and a clock on the floor ticking down the seconds to help them stay focused) and then the next person would speak.

Theme Team Response
A member from the team would present the findings from the last question.

We repeated this process over and over, the questions growing ever outward, from the internal and personal towards the broader communiy and church, and finally culminating in the big, what-direction-do-we-take-as-a-church questions. The listening, the generation of ideas, the open stance all combined to create a mood of creativity and care. After the anguish of the last convention, this one was a breath of fresh air.

Is it too good to be true? Maybe. Our group left early, so we missed the final gathering. Word on the street is that a number of people stood up and said the conservative voice hadn’t been heard—they didn’t feel that it was a safe place to share; perhaps, I wonder, because they were openly sharing space with the very people they wanted to exclude and didn’t feel at liberty to voice their opinions?—so at the last minute the brakes were applied, momentum arrested, and the convention ended on a sour note.

But even wind of a last-minute scramble to rein in things doesn’t much dampen my mood. I mean, I am skeptical and wary—there are no rose-tinted glasses perched on this nose of mine. But for the first time, people in the margins were being given a voice. Listening was at the heart of our time together. So even though it’s going to be messy—has church ever not been messy?—change is happening. It’s going to happen. Hallelujah. 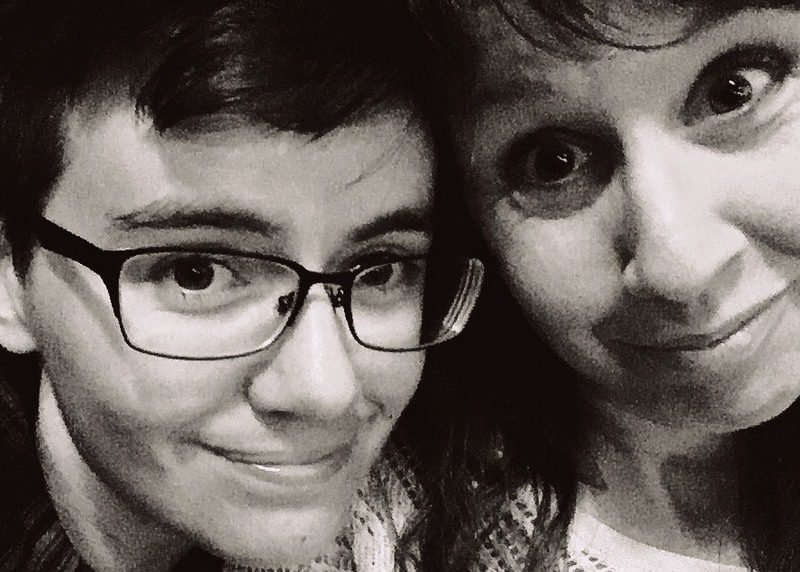 For the curious among you, more reading:
A love letter to the scattered pink siblings, from Orlando.
The Mennonite: Future Church Summit Sends Report to Delegates.
Reflection on the Future Church Summit by Melissa Florer-Bixler.
Am I not holy, too?
Following Robert’s Rules in a culture of consensus: Reflections on Mennonite process as displayed at Orlando.

This same time, years previous: in which a pit bull bites my butt, the quotidian (7.13.15), what my refrigerator told me, roasted carrot and beet salad with avocado, soft and chewy breadsticks, tempero.