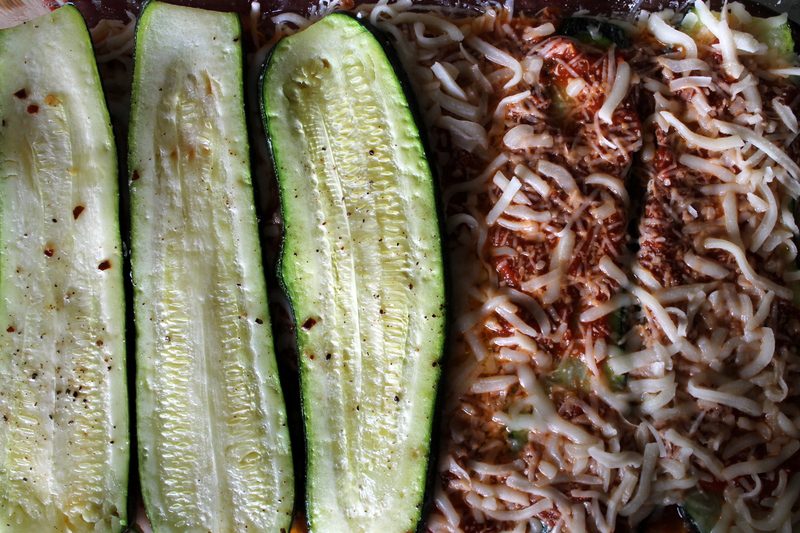 Last night’s meal screamed summer: corn, a loaf of fresh sourdough bread, and this roasted zucchini Parmesan of which I was most proud because: ooh-la-la delicious, my husband took seconds (and then packed leftovers for his lunch), and the kids’ fussing was pleasantly minimal. (What the heck—two colons in one sentence? Is that even legal?)

I’m always looking for new ways to serve zucchini and this one:

I was afraid the zucchini, which gets roasted in the oven and then baked in the casserole, might be mushy-soggy, but no. It was tender and velvety, almost creamy. I also worried it wouldn’t be flavorful enough—there are no spices, just salt and pepper, red pepper flakes, and then the tomato sauce and cheeses—but it’s packed with flavored. Maybe because of the twice-baking? In any case, it’s lovely. 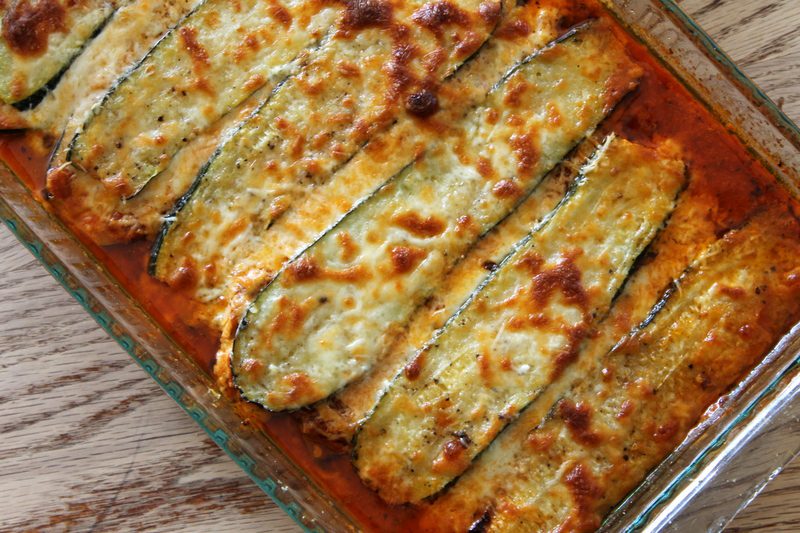 I served it with crusty bread to sop up the juices, but this would go well with rice, too, or just serve it alongside whatever else you’re making for dinner. You won’t regret it. 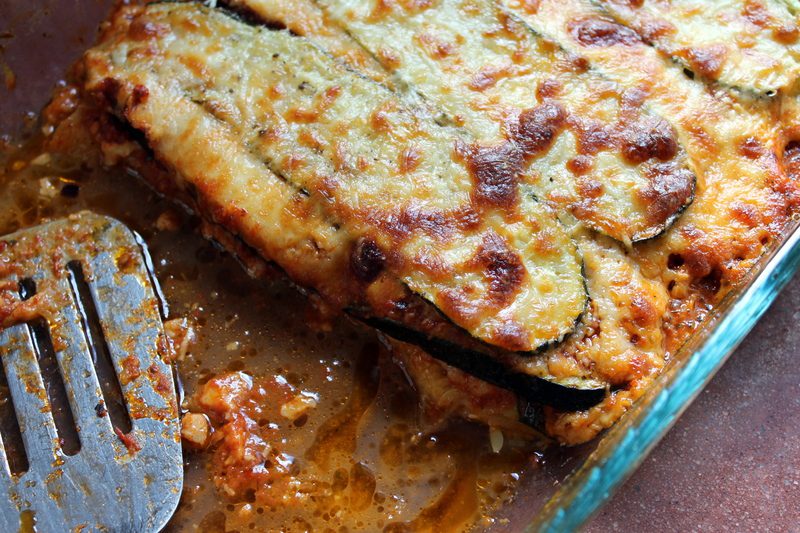 I used a pint of my homemade pizza sauce in place of the fresh tomato sauce that the recipe called for, but any garlicky pizza sauce would be fine. And I added mozzarella.

If you want to make this a heftier dish, the addition of browned bulk sausage and/or sauteed mushrooms would be fab. Update, July 27, 2017: to one pan, I added a pound of browned, bulk sausage and sauteed onions, plus fresh basil and oregano. It was an enormous hit.

Roast the zucchini:
Slice the zucchini lengthwise into ¼-inch slices and place them in a single layer on parchment-lined, sided baking sheets. Drizzle them with olive oil and sprinkle liberally with salt and black pepper. Sprinkle with red pepper flakes. Flip the slices of zucchini and give the same oil-and-seasoning treatment to the other side.

Roast at 450 degrees for 10 minutes. Take the pans from the oven and flip the zucchini slices. Return the pans to the oven (first one and then the other) and broil for 3 minutes.

Assemble and bake:
Drizzle some olive oil in the bottom of a 9×13 pan. Spread a quarter cup of the tomato sauce on the bottom of the pan. Cover with a single layer of zucchini slices. Spread half of the tomato sauce over the zucchini and sprinkle with a third of the mozzarella and a third of the Parmesan. Repeat: zucchini, the rest of the sauce, a third of the cheeses. Make a final layer of the zucchini slices and sprinkle with the remaining cheese. Drizzle a little more olive oil over the top. At this point the pan can be covered and stored in the fridge for a couple days, if desired.

Bake the casserole at 375 degrees for 30 minutes until golden brown and bubbling. Let set at room temperature for 10-15 minutes before serving.