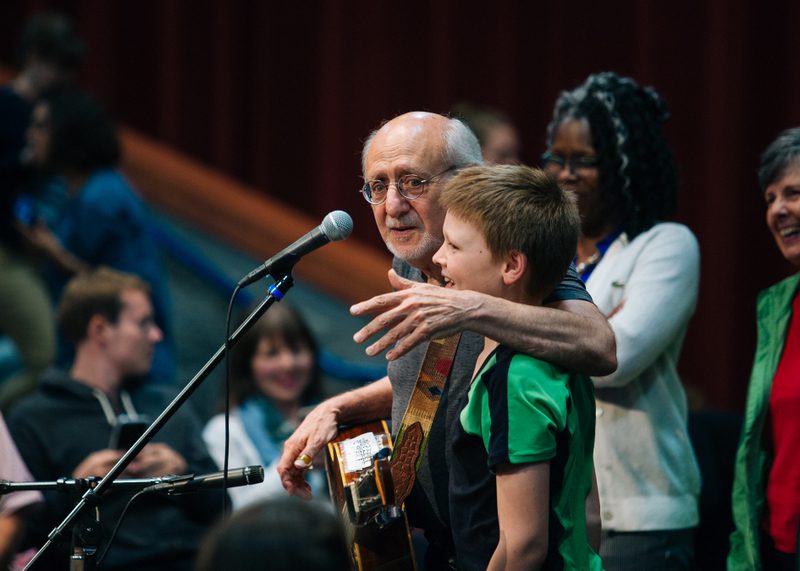 Yesterday afternoon I got an email from my brother alerting me to an impromptu concert at the local university that evening. Peter Yarrow, of Peter, Paul, and Mary fame, was on the board of an organization that happened to be meeting at the university and would be giving a free concert that evening.

I grew up listening to Peter, Paul, and Mary records. I’ve Got a Hammer, The Great Mandala, Light One Candle, Blowin’ in the Wind, Lemon Tree, Day Is Done, and of course, Puff The Magic Dragon—these were the songs of my childhood. Plus, one of our records, Peter, Paul, and Mary In Concert, had PaulTalk. Our old-fashioned version of books-on-tape, I listened to that record over and over.

And then last night, an elfin Peter, his shiny bald head ringed with white, walked up to the mic and started singing This Little Light of Mine. For the next hour (or was it two?) he sang new songs and old, interspersed with winding stories about his work, bringing together Democrats and Republicans. It’s a fabricated divide, he said, and so he travels around the country, getting people from opposite sides to talk, and sing, together. When we sing, he said, our masks come down and our emotions rise to the surface, and that is what keeps him going.

When it was time for Puff, The Magic Dragon, Peter invited anyone, but especially children, who wanted to sing with him to come to the front. And my younger son went.

Partway through the song, Peter had us sing the chorus on repeat while he took turns holding the mic in front of different people. The mic thrust in front of his face, my boy sang his little heart out. 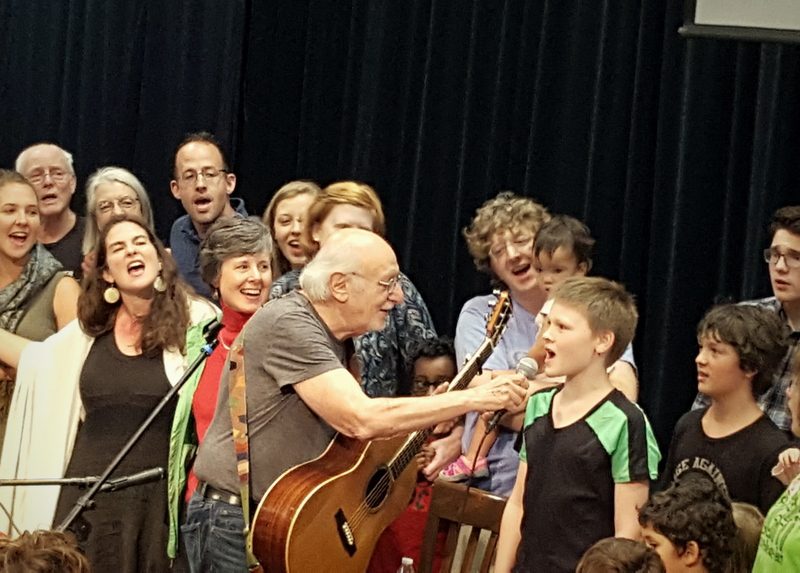 And that’s how it came to be that my son had his very first solo with Peter, of Peter, Paul, and Mary, imagine that.

Afterwards, Peter signed my son’s cast—Peter Yarrow, Peace and Love (I guess we’ll have to ask the cast-removal technician to cut out that little square, for posterity’s sake)—and kissed and hugged all of us in turn. 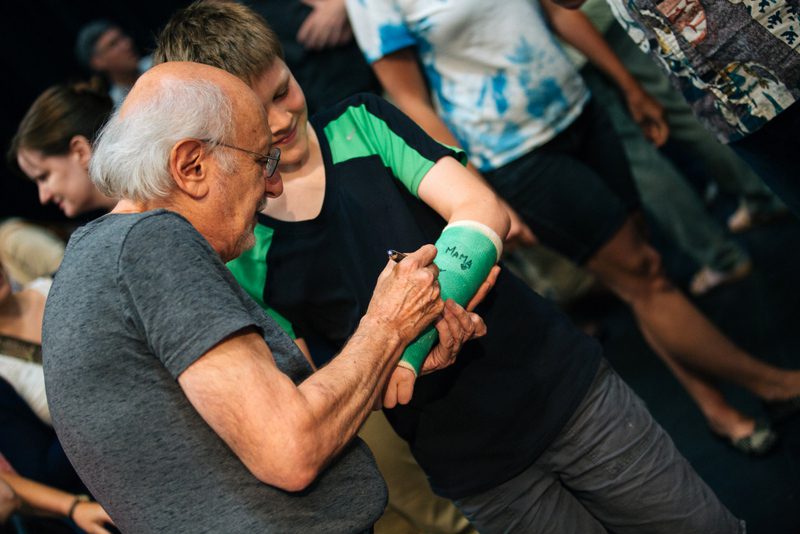 ‘Twas a puff of magic, that evening.

PS. As you can tell from all the photo credits, I left my camera at home that evening, GAH. Thankfully, a bunch of friends came to our rescue, sending me even more photos than I could use here.

This same time, years previous: language study, a dare, when I sat down, naps and mowers, old-fashioned vanilla ice cream.