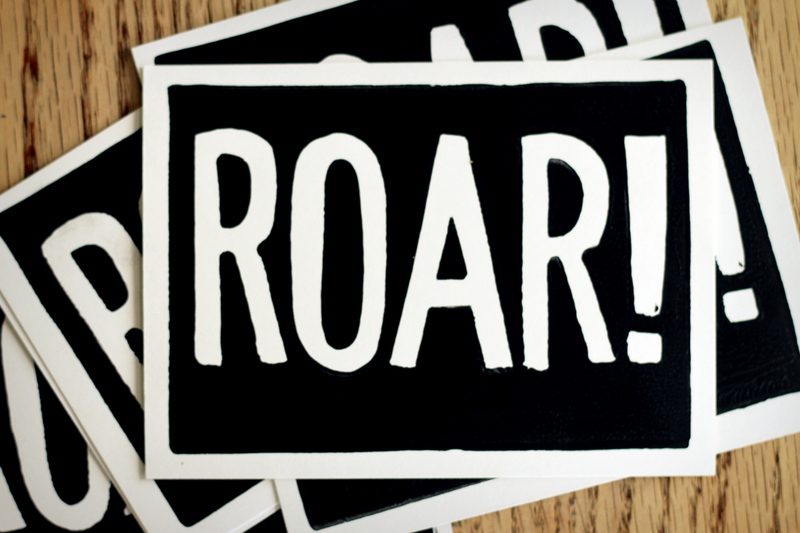 You know, back when I was wondering if I should go to the Women’s March, I questioned whether it would make a difference. Would it change me?

The answer is yes. Yes. I’m still very much the same person (of course), but thanks to the march, I’m moving now.

It’s all very awkward, though.

I’m completely out of my league with this activism thing. My understanding of politics is shaky (that’s putting it nicely), and I’ve been gifted with a hefty dose of cynicism. I’m not one to jump on any bandwagons, even ones I find attractive. I’m fully aware that there is always another side of the story, that people are biased, that nothing is totally clear-cut.

So I move slowly, cautiously, like a stiff-legged teenager trying to dance for the first time, hoping against hope that she doesn’t fall flat on her face. Or, in the case of my daily phone calling, hoping I don’t unintentionally ask my senators to take the wrong action. I seek out writers and news sources that I trust. Once in a while I read a piece from the other side, or watch an interview, in an attempt to get to the source. When one of my friends posted a photo of postcards she was making, I ordered a half dozen. I’ll use them to write to my government officials, though I stuck one to the wall above my desk, a reminder to speak up already, Woman.

The kids’ interest and curiosity has sparked a bunch of conversations. I try to keep them updated on what’s going on, together watching interviews and the live newsfeeds of the protests, and explaining why I’m signing the petition to make our town a sanctuary city.

When the younger kids overhear me leaving a message for a senator (yet again because, “Due to a higher than normal call volume, we are unable to take your call at this time”), they get all giddy. What were you telling them to do this time, Mom, huh? What did you say? As though the senators have no choice but to follow my orders. 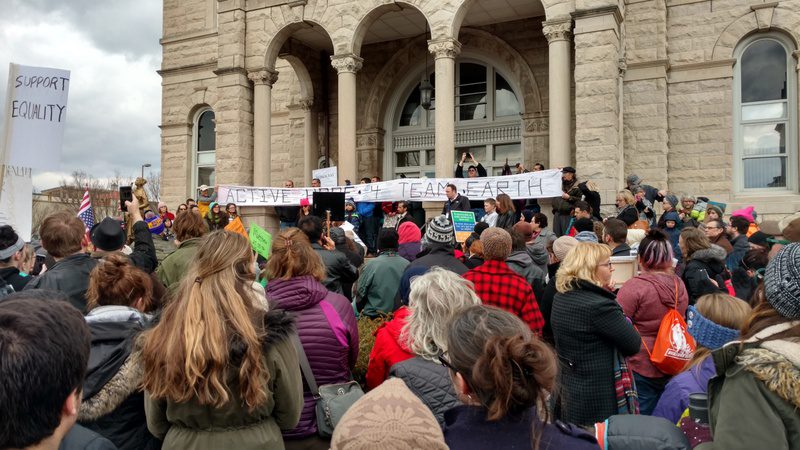 On Sunday, with less than 24 hours notice, hundreds of people gathered in downtown Harrisonburg to protest the immigration ban. After hearing reports of the chants and collective roars from DC, and listening to the protesters on the news, my kids were thrilled to yell along with everyone else: No hate! No fear! Immigrants are welcome here! My brother, a freelance reporter for our local NPR station, did a short piece on the rally. (The last quote is my favorite.)

There’s so much I don’t understand. So much to do and so little I can do. I’m in over my head. We all are, I guess, right? Already, less than two weeks in, I find myself growing weary. It’d be so much easier to shut all of this out, turn it off. And, quite frankly, I’m sure I will, from time to time.

But, for right now, I’m moving.

One babystep at a time.

Oh, and one more thing! Today, scrolling through an endless stream of political posts on Facebook, I landed upon this gem, a friend’s little girl’s spontaneous bedtime prayer:

Thank you for friends and family. Thank you we are the same and different. Thank you for our shapes, colors, and sounds. And please watch over little Anna as she sleeps. Amen.