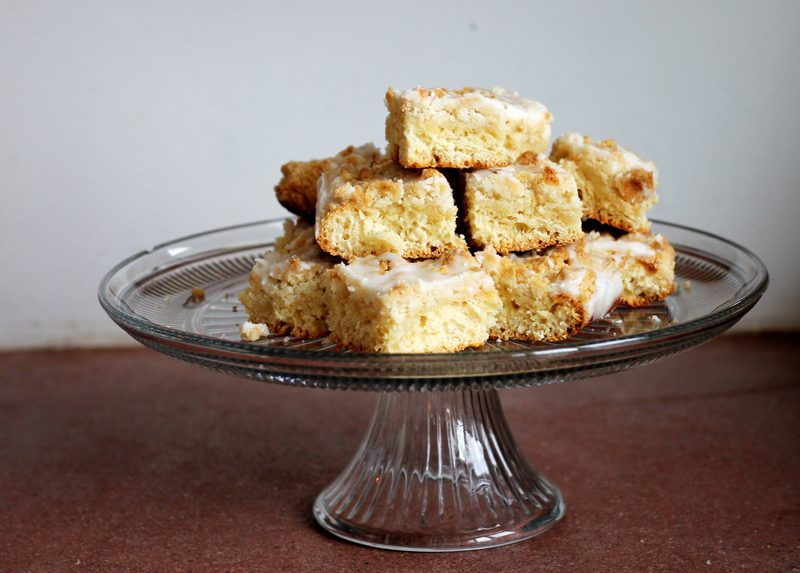 At  noon today, when I picked my younger son up from my friend’s house after a morning of writing (I was doing the writing, not him), she asked me what my afternoon plans were. After pausing for a second to scan the fridge calendar with my mind’s eye, I said, “Oh, nothing, really. More writing, probably, and cooking and homeschooling. That’s my activity trinity, you know.”

And it’s true. That’s what I do every day: write, kids’ studies, cook, rinse and repeat. It’s fun, often—a fair balance of creativity, people-time, and productivity—but I never quite feel like I have sufficient time for each activity. Also lamentable: when I sit on the sofa to write in front of the cozy fire (pure bliss), my vacant-eyed presence drives my kids positively bonkers.

Such is life, chillens, I say. I have work to do. NOW LEAVE ME ALONE. (They don’t, of course.)

Last Thursday I made that turkey dinner and then we ate turkey for four days straight until the masses revolted and I had to switch it up. Last night was pizza. Also last night, I set a pot of beans to boiling and then, while I watched a movie (I’m reading this book and felt research was necessary—turns out, I’m ambivalent about both) with headphones, the beans boiled dry. All this while my husband was sitting on the other sofa, reading, no headphones in. He heard the burbling pot and then he heard it not burbling and yet he did nothing.

“I assumed you knew what you were doing,” he whined, sniffing the beans to check for scorching.

(They’re fine, just pleasantly toasty. No one will know.) 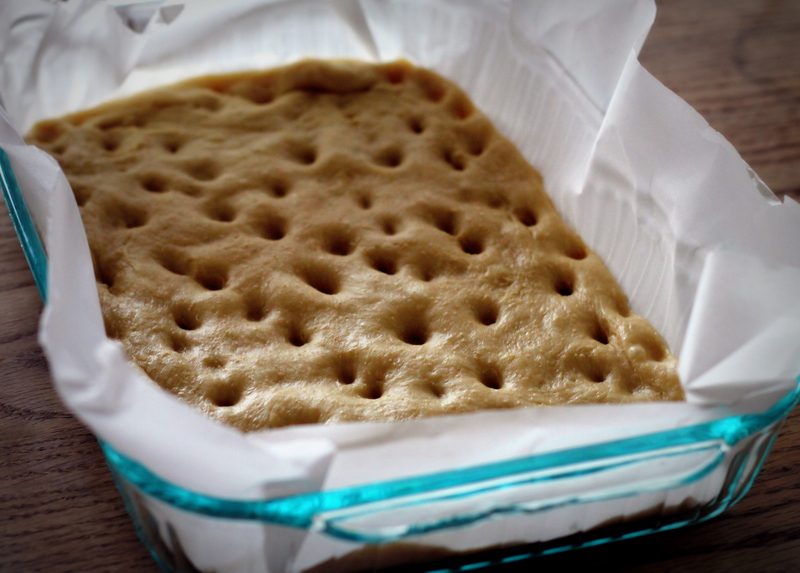 But beans and pizza are not the stuff of December cooking. No, no, December food is all about the baking. I’ve been doing my share of messing in the kitchen, mostly thanks to Luisa’s book. I’m working on the cookie section now, but earlier I was up to my elbows in yeasted cakes, one of which I will share with you as soon as I get done running my mouth, too much coffee, thank you, Panera. 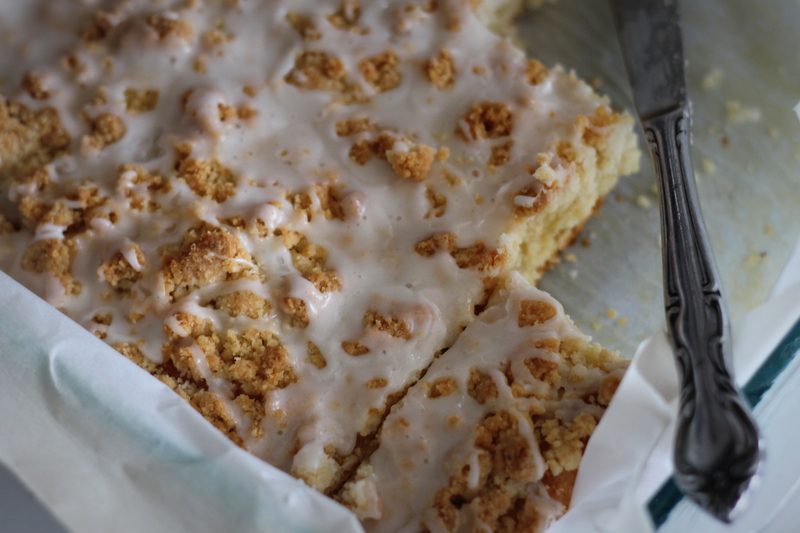 One thing you must know about this book: the recipes are different enough from my typical baking so I’m not always sure how I feel about them. Which is good, I think, because it means I’m making different food—food that has not been adapted to cater to my North American tastebuds—which is as it should be since this is a German cookbook. Three cheers for authenticity!

The downside, of course, is that I’m not immediately hog-wild about every single recipe. I have to sit with the food for a while, eating it (oh, curses), mulling over the textures and flavors, seeing how they hold up against time and our appetites. Some recipes I’ve enjoyed straightaway (the cinnamon pretzels were a slam-dunk), but others I’ve had to make numerous times, to give myself time to acclimate to the different flavors and textures. In a way, you might say, I’m breaking them in. Like shoes, but sweeter smelling (except for the ammonia carbonate, but more about that later).

This basic yeasted coffee cake is one such breaking-in recipe. I’ve made it a number of times, playing with the method, experimenting with different techniques and ingredients. Do I like it best with fruit or without? Does it matter if I switch out the instant yeast for rapid rise? Is it easier to mix the dough by hand or with a mixer? 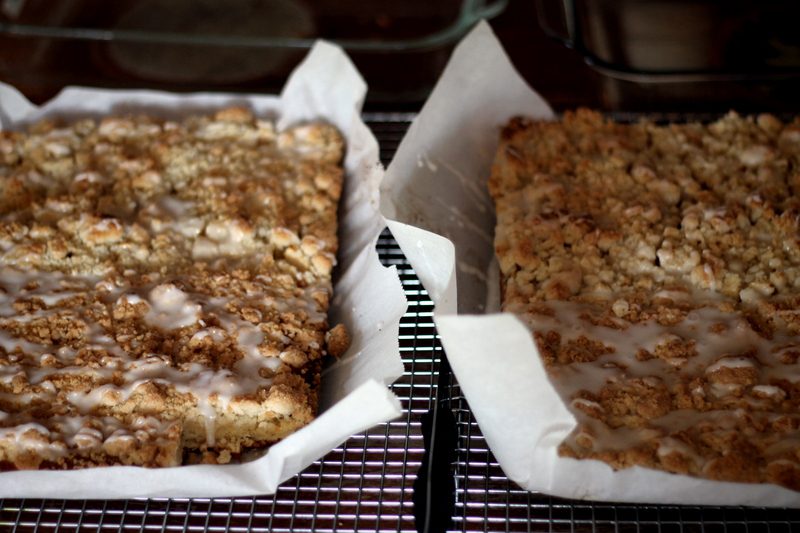 But no matter what I did (and I did a lot), there remained one constant: my family gobbled it up. Also, I discovered that I craved a piece of the cake every time I had a cup of coffee. Positive signs, those are.

Bear in mind: The texture of this cake is more like a bread-y muffin than a cake, really, so stay open-minded and refrain from thinking “cake.” Also, it’s on the dry side (because it’s a bread, see?), so take care not to over-bake and make sure to serve it with a cup of coffee or a glass of cold milk. 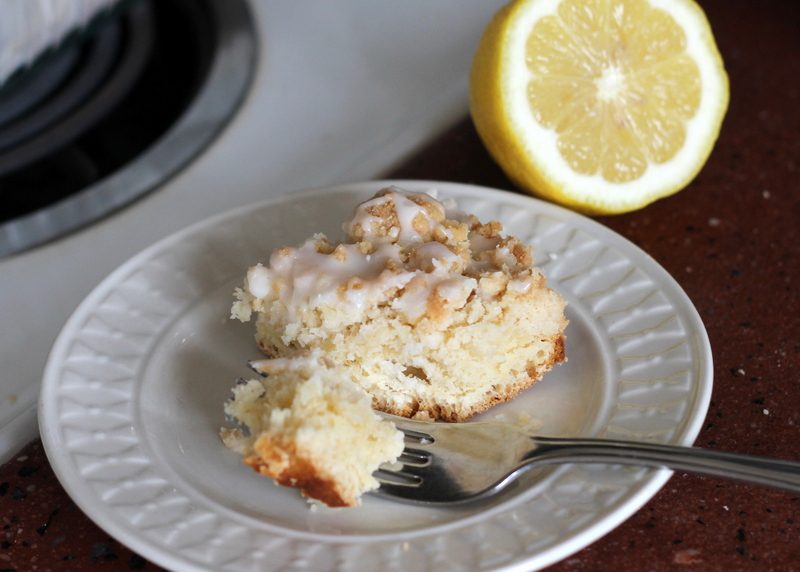 Using a kitchen aid yielded a dough that was more biscotti-like than bread-like, so…stick with hand-mixing. Also, I adapted the recipe’s method to work for rapid rise yeast. If you prefer instant yeast, stir an equivalent amount into the flour and do not heat the milk.

According to Luisa, streusel ought to be pronounced “stroy-sel.” And she’s right (of course)! Saying it that way makes one sound like an honest to goodness Germanic maven. Try it!

The lemon glaze, in my non-Germanic maven opinion, is not optional.

A couple times I followed Luisa’s recommendation to add fruit (a layer of chopped apples before topping the cake with the streusel) and while yummy, I prefer the cake with no fruit.

Put the milk and butter in a small pan and heat over medium-low heat until the butter has melted. Cool to lukewarm and then stir in the yeast.

In a mixing bowl, combine the salt, sugar, and beaten egg. Add the milk mixture. Stir in the flour and mix well. Turn the dough—it will be quite sticky—out onto a floured counter and briefly knead until the dough is soft and supple. Place the dough into a buttered bowl, cover with a towel, and let it sit at room temperature for about an hour. It will puff slightly.

Line a 9×13 pan with parchment paper (I suspect you could skip the paper and just grease the pan, but I haven’t tried that yet). Press the dough into the pan as you would pizza dough. (Actually, I first lay the paper on the table and roll out the dough directly on the paper before transferring lifting the paper-dough combination into the pan and then using my fingers to press the dough all the way to the edges of the pan.) Cover the dough with a cloth and let rest for 30 minutes.

Dimple the dough by pressing down on it with your fingertips. Sprinkle the streusel (see below) evenly over the dough, gently patting it down so it sticks.

Bake the cake at 350 degrees for about 30 minutes, or until the cake is puffy and slightly golden. Drizzle with the glaze (see below) immediately. Let the cake cool to room temperature before slicing. It keeps well, on a covered cake plate, for several days.

Measure all the ingredients into a bowl and, using your hands, mix together until combined. There should be smaller crumbs mingling with pea-sized (or larger) lumps. Set aside.

Whisk together and set aside.

This same time, years previously: managing my list habit, the quotidian (12.8.14), and a family outing.