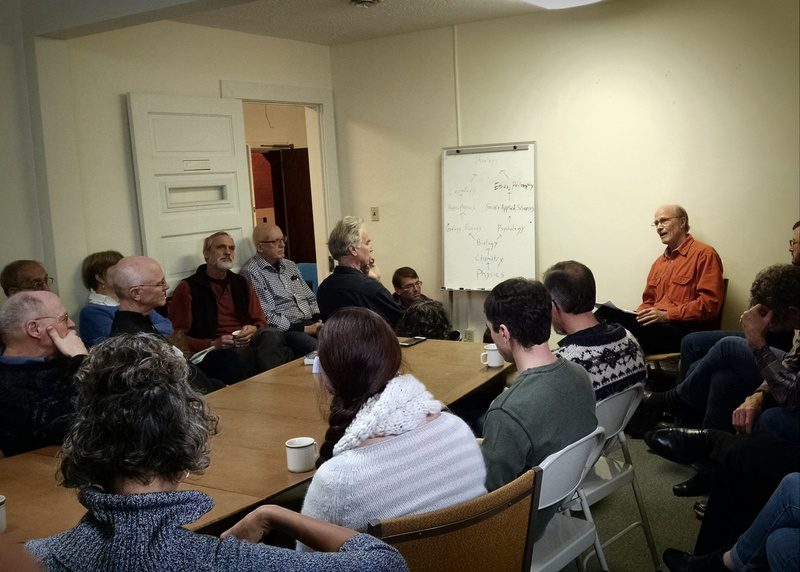 One of the adult Sunday school classes at our church has been doing a series on science and faith in which different scientists, or science-related professionals (curiously enough, all men so far), share about the intersection of their work and faith.

A couple Sundays ago, my father took his turn, talking about when he was fired from his science teaching job at a private Mennonite school for presenting the ideas of evolution. Here, this is him, holding forth.

Then last Sunday, a bushy-bearded EMU professor took his turn and, in the middle of his science-y tirade, he off-handedly mentioned a book. “Whenever I flip through it to look something up for a student, I end up rereading the whole book,” he said.

I ordered it that very afternoon.

“Guess what!” I said to my older daughter who was sitting, unawares and defenseless, in the easy chair by the wood stove. “I just ordered a book for you.”

That got her attention.

“IT’S ALL ABOUT SEX AND IT’S GOING TO BE AMAZING.”

“Uh….Mom?” She was regarding me warily.

“You’re going to have to read it,” I continued. “Or wait! Even better, I’ll make you read it out loud to me.”

The book arrived a couple days ago. 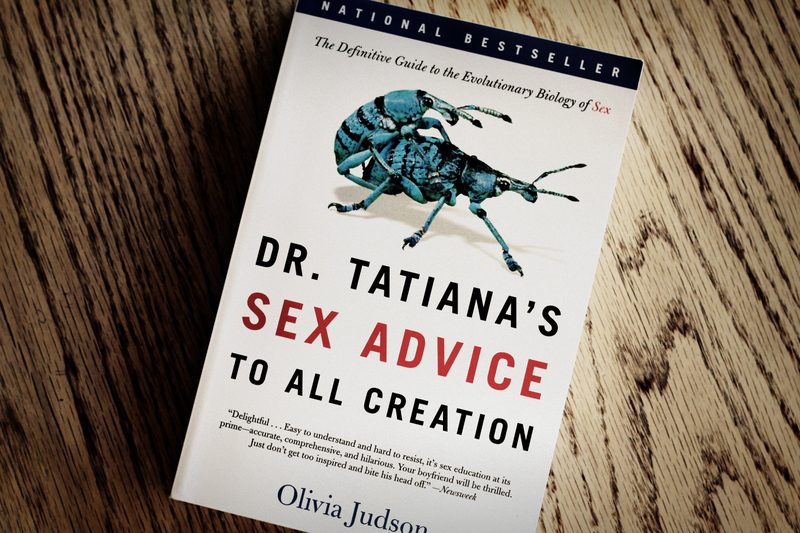 I tried to get my daughter to hold it for a photo shoot. She refused, and I hooted wildly at her prudish indignation. (Though on second thought, maybe she was refusing because she was in the shower at the time?)

My son’s response was slightly different. This morning when I was running through his list of chores, I concluded with, “And I want you to read at least one chapter of the sex book.”

“No problem there,” he chirruped. 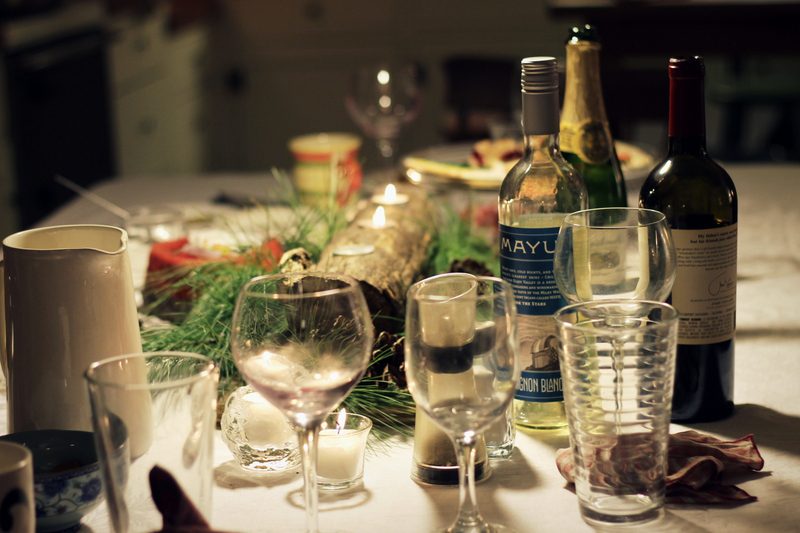 It’s the type of book that gets a lot of mileage. Last night we had friends over for a solstice party (just supper really, but everything is more fun if you call it a party) and as we sat around the table munching Christmas cookies and sipping tea, I suddenly remembered the book. Our friends hadn’t heard about it, so as they flipped through the pages, I explained: It’s a sex advice column for all of creation. All these different animals—insects, whatever—write in about their sex problems and the author answers them. I am learning so much!

“Well….” I hesitated. Did he really want to know? But he was looking at me, waiting patiently, so I blurted, “Like, all about the different penises. Some have horns and spikes!”

And then I was off, expounding upon the evolutionary tactics for different genders, exploding honeybees, and plunger-like penises. The book makes for entertaining conversation, that’s for sure, one that is wonderfully enhanced if you have a captive audience of slightly appalled teenagers.*

Speaking of teens, this book would make a great Valentine’s Day gift for one, yes? Or, in the case of no teens, it would make a splendid addition to the typical flowers/mountains/covered bridges coffee-table décor. If conversation lags, just point to the cover and say, “What do you think that’s a picture of?” (I thought it was a twisted-around scorpion at first. “You’re kidding me,” my husband said. “It’s two beetles mating. Obviously.”)

Also, whenever the kids get in yet another fight, this book is the perfect weapon. Simply pick it up and start reading at random. “In humans, for example, sperm start their odyssey in the acidic environment of the vagina. But acid is lethal to sperm (which is why strategically placed lemon sliced make a good, if rudimentary contraceptive)….” (pg. 24). The children will run screaming from the room, or they will unite in their efforts to shut you up. (I haven’t tried this yet, but I have every intention of doing so.)

*I’m picking on the kids. First, they were not a captive audience. Second, they were engaged and interested, and they comported themselves with enormous maturity.