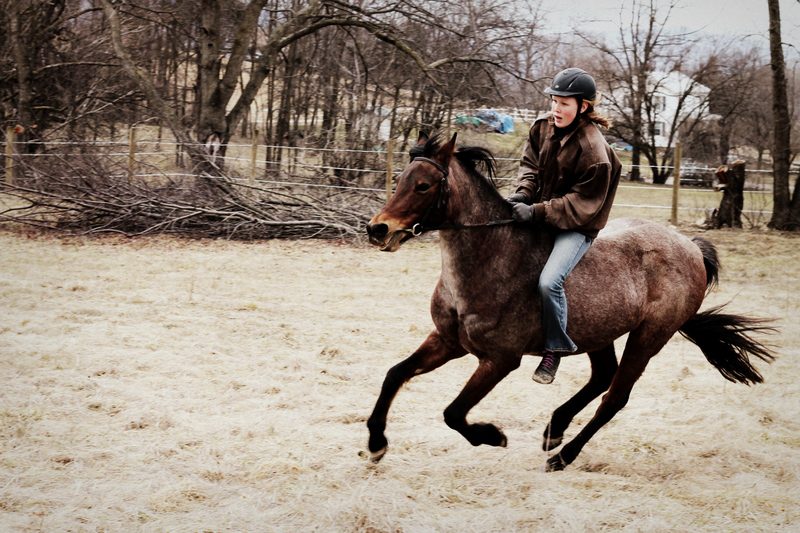 The other morning I was up in my bedroom getting changed (or writing, or watering plants, or straightening the sheets, or putting clothes away, something) when I happened to glance out the window. My older daughter was in the stable/lean-to, draped across Velvet’s back, her arms wrapped around her neck, just hanging out with her horse while Velvet munched her grain or hay or whatever it is horses eat. Then another time, I looked out the window to see Velvet grazing in the yard, my daughter perched on her back, staring off into the middle distance.

Both times, my daughter was wearing a helmet. When it comes to horseback riding—here, there, anywhere—helmets are a given. Every single time my daughter swing-jumps up on her horse, even if it’s just to sit for a couple minutes, she puts on a helmet first. 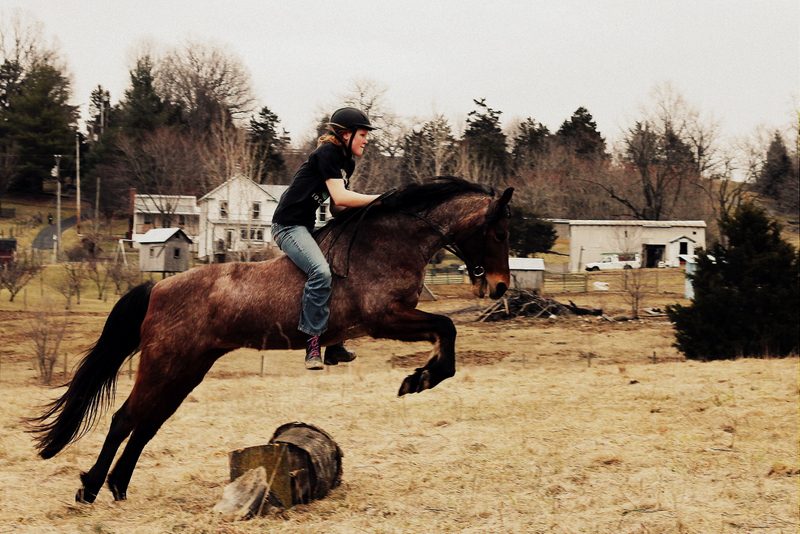 The other day my daughter was out in the field jumping Velvet when my mother came to visit. My mom and I watched her from the kitchen window for a bit before sitting down at the table to talk. A little later, my younger daughter yelled to me from her bedroom. I ignored her, of course, because, Don’t call me; COME to me, duh. But then she called again. “Mom! I think Rebecca fell off the horse!”

Sure enough, Velvet stood in the middle of the field, and my daughter lay motionless on the ground at her feet. I raced out to the deck and hollered to her.

“I’m okay!” Her voice was reassuringly strong, so I stayed put, watching.

Once she started moving, the coughing began. I called her on the cell phone (which she often carries while riding). She could barely talk.

“Are you laughing or crying?”

I waited, her ragged breathing in my ear, as she gradually made it to her knees, and then, bit by bit, to her feet. “Nothing’s broken,” she rasped. “I’ve gotta get back on now.”

When she came in later, we got the whole story. She and Velvet had some confusion over cantering and trotting, and then Velvet stepped to the side at the jump and my daughter went tumbling. She landed smack on her back, her head snapping back and smacking the ground. We inspected the helmet for cracks—there were none.

By the next morning, she didn’t have much neck mobility and ached all over, but she was fine. Within a few days, she was back to normal. 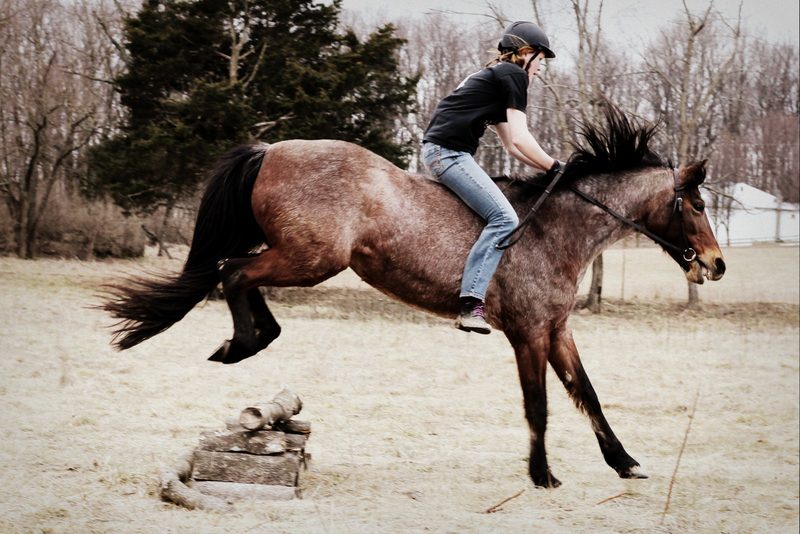 “You should come over,” I said. “My daughter would love to teach you.” 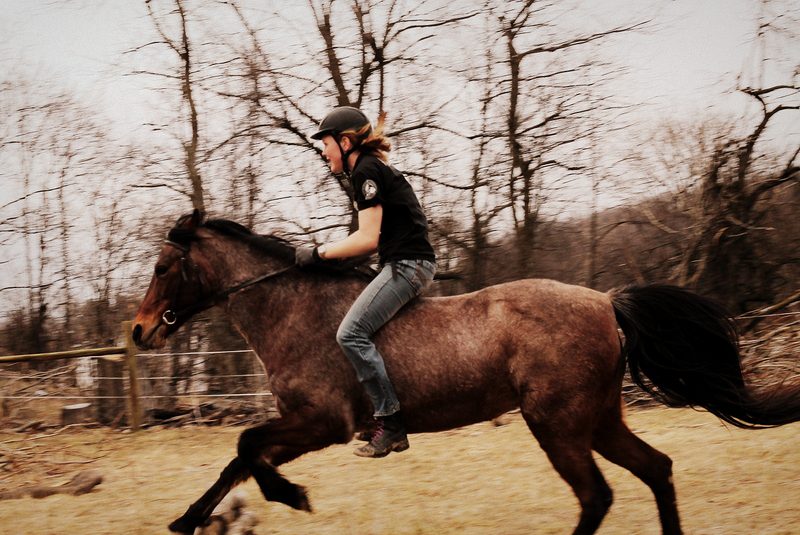 Twice now, my mother has informed me that, according to some friends of hers, riding horses is more dangerous than riding motorcycles. She’s right to be concerned: riding a horse is dangerous. Yet my son now barrels down the Interstate at 70 mph and I don’t hear anyone making a peep about that. Somehow, our culture considers children driving tons of steel at deadly speeds an acceptable risk while riding horses is considered dangerously risky.

So what’s what? When is something too dangerous? What is responsible risk? When do I let my natural anxieties and fears have the final say—with one sloppy maneuver, one moment of inattention, one tumble, one kick and an entire life can shatter—and when do I tamp them down, allowing my children to boldly live?

My daughter is going to fall. With riding horses, that’s a given.

So she wears a helmet and I try not to think too much. Best I can tell, it’s the only good solution. 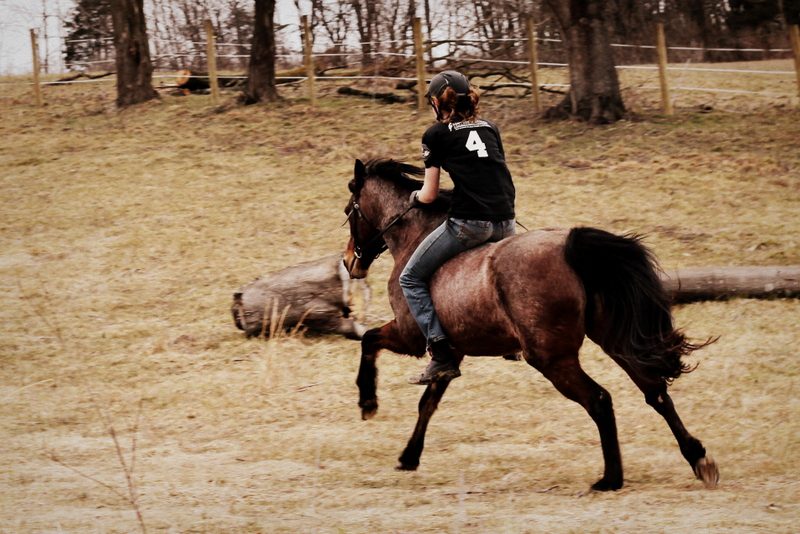