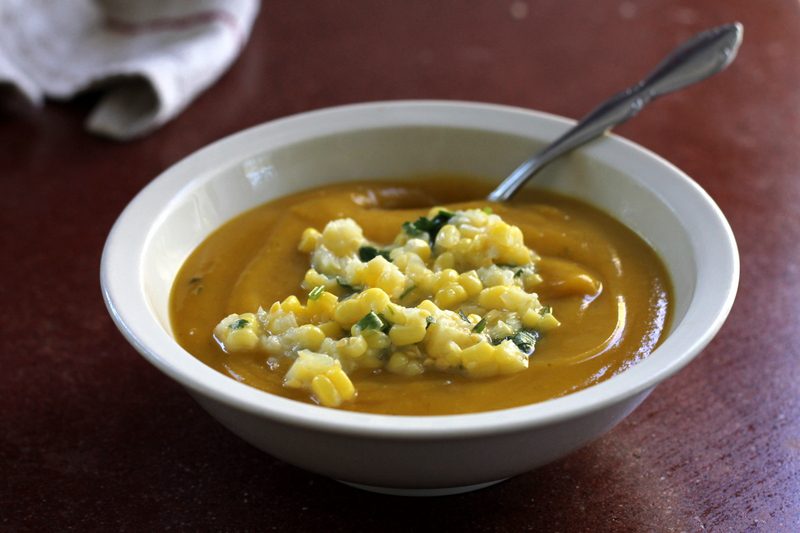 Soups made from squash (or pumpkin) have forever eluded me. I’ve experimented with a variety of recipes over the years—in 2008 I even posted the rough outline of a curry soup—but over all I’ve always found them lacking. It’s like they’re too one dimensional in their thick creaminess. Or something. Even when tasty, they’re kind of boring. Plus, I find it pretty hard to ignore the bothersome fact that a bowl of squash soup looks an awful lot like a bowl of lamb poo.

Which is a shame, because, what with that creamy texture and bland agree-ability, squashes and pumpkins seem like they ought to be perfect key players for soup. It’s just that I’ve never managed to hit upon the right wow factor.

Until a couple weekends ago, that is, when my aunt hosted her annual fall soiree and served us a squash soup that stole the show. And it was a good show, too! Curried beef and veggies, rice, lentils, cucumbers in yogurt, na’an, and so on. But that soup! Talk about Wow!

I wasn’t the only one impressed. In the following weeks, my mother made it, and my cousin, too. It took me a little longer, but I finally got around to it. And good news! It was exactly as wonderful as I remembered.

The soup itself is really nothing fancy (though the coconut milk adds nice oomph): like any other squash soup, it’s good, but predictable. It’s the corn relish that’s the kicker. Juicy from the fresh lime and pungent with cilantro, the barely-cooked kernels snap between your teeth, providing the perfect light counterpoint to the creamy squash. It’s an absolute marvel. 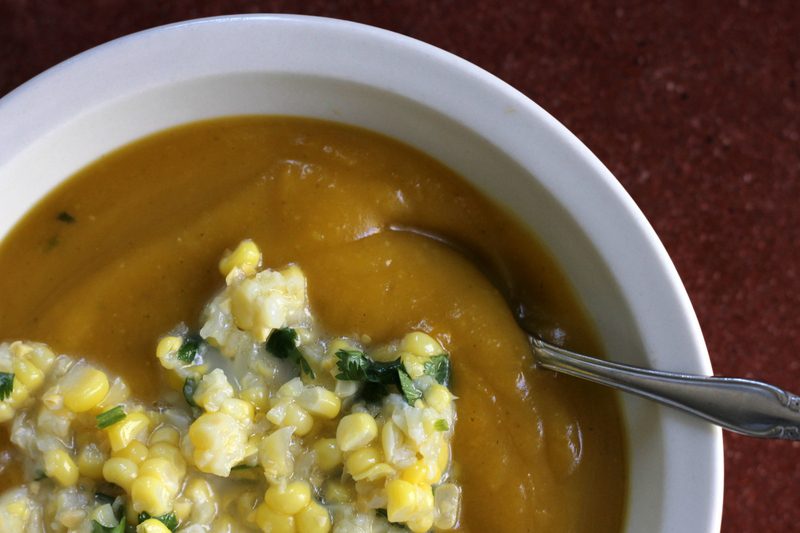 Winter Squash Soup with Corn Relish
Adapted from Epicurious (via my aunt), and title stolen from my cousin.

A word about the squash. My aunt used Calabaza. My mother and cousin used butternut. And I used Bertha, which was the name we gave to the Hubbard that a girlfriend lugged over to our house. 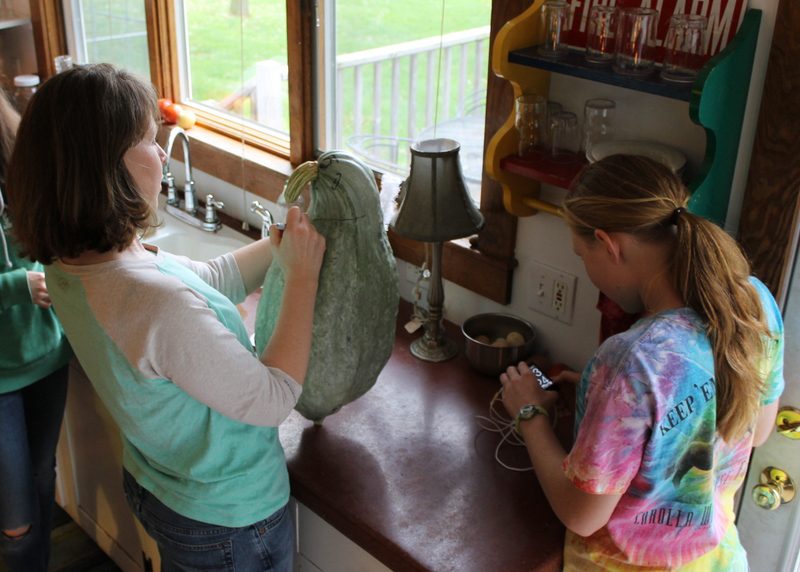 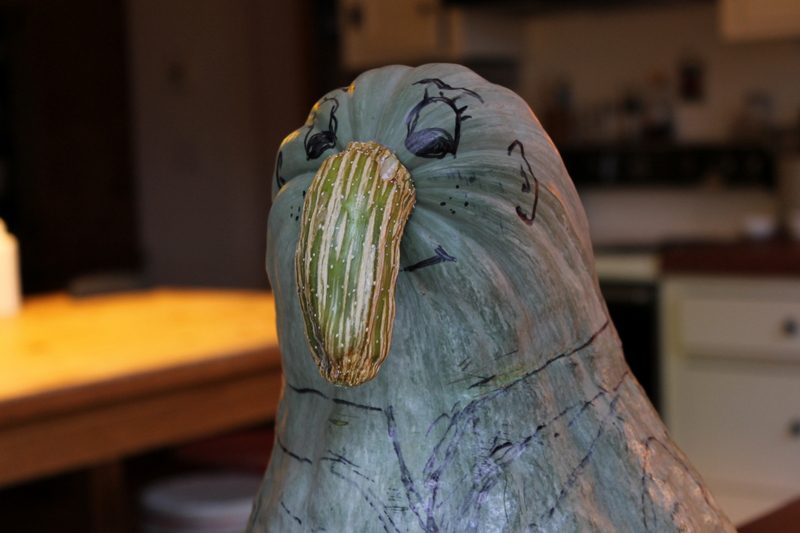 We roasted Bertha’s bottom half for pies, and then, a couple days later, roasted the top half for the soup. The remaining puree got stashed in the freezer for future Bertha creations. I had never cooked a hubbard before and I was pleasantly surprised by the whole experience.

My aunt used some chicken broth in place of water, but I stuck with plain water and didn’t notice a difference. Also, don’t skimp on the cilantro and lime; they are key players. I used frozen corn and didn’t even heat it up. If using fresh corn, boil it on the cob for a couple minutes.

Saute the onion in the olive oil. After five minutes or so, add the garlic and cilantro stems and saute for another several minutes. Add the remaining ingredients, heat through, and simmer on medium-low heat for 10 minutes or so. Puree with an immersion blender (or other kitchen gadget of your choice).

Whisk together the lime juice, sugar, salt, and olive oil. Add the remaining ingredients and toss to combine.

to serve:
Ladle the hot soup into a bowl and top with a generous spoonful of relish. Enjoy!

(Leftovers are fab. The relish holds up for days in the fridge.)