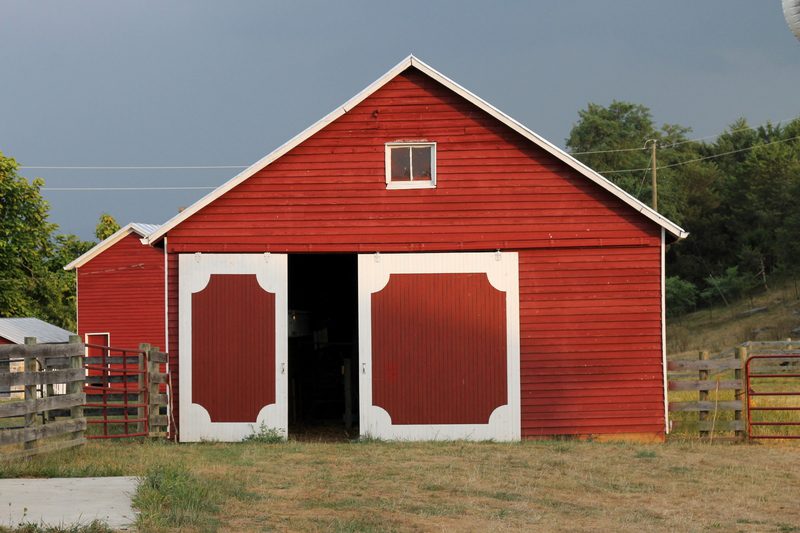 Over Labor Day weekend, my older daughter took care of two neighboring farms. One of them involved just routine animal care, but the other one had a lactating cow which required hand milkings. She was to separate the cow from the calf in the evenings, and then, in the morning, milk the cow before turning both cow and calf out into the field together.

The first evening, I drove her to the farm, my younger son in tow. Since I didn’t know how long the chores would take, I brought a book to read, but I never even got around to opening it. I got distracted by the darkening sky, the setting sun, and the guard llama. 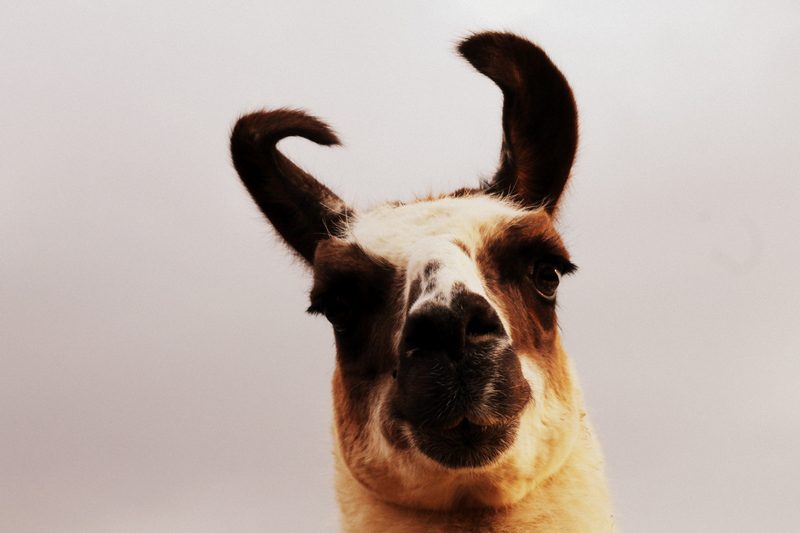 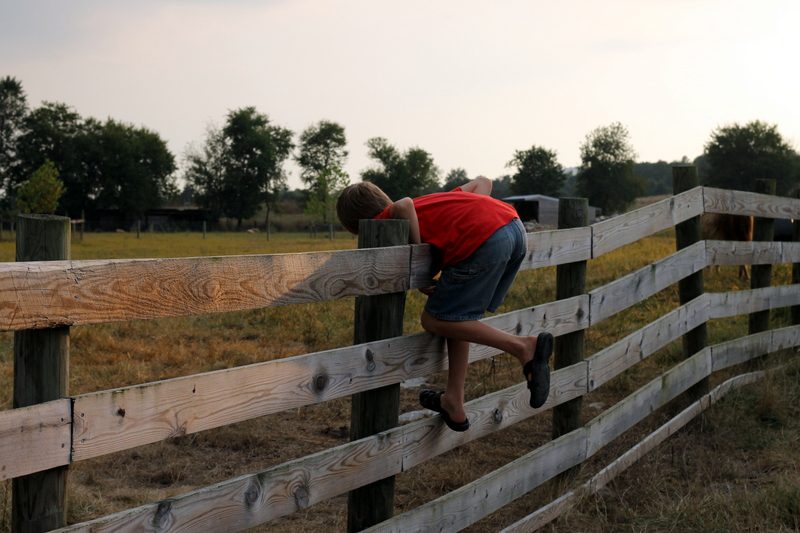 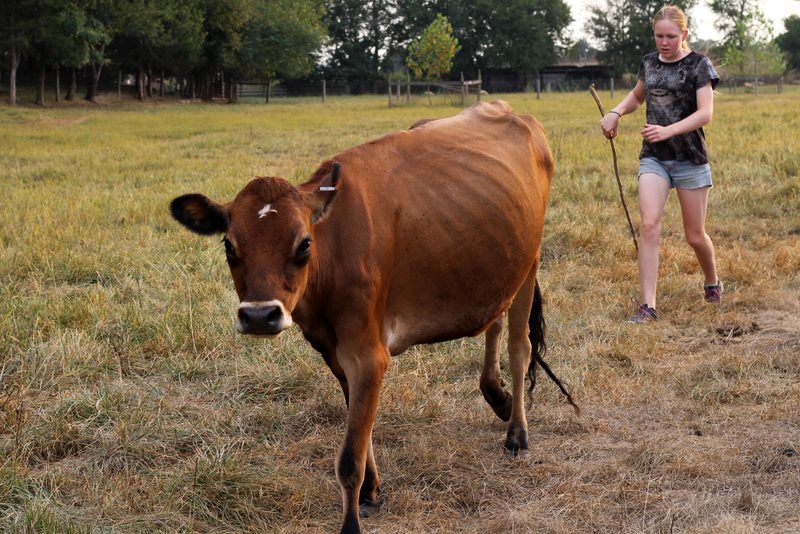 And then the calf refused to come into the barn with the mama cow. The kids chased the calf around the field, but calves are wily buggers, and very, very fast. So I set down my camera and joined the circus in the field. Here’s a small fact: for someone who has birthed four children, running while laughing and straddle-hurdling big grassy lumps of pasture does not yield good results. Just sayin’.

My daughter finally tackle-caught the calf in the little shed at the far end of the field, but then she couldn’t get it to move. My son found a small piece of bailing twine. One-handed (the other with a death grip on the calf), she fashioned a halter, but when she finished, she only had about a foot of twine leftover. It didn’t give her much leeway, but at least she had something to hold on to. 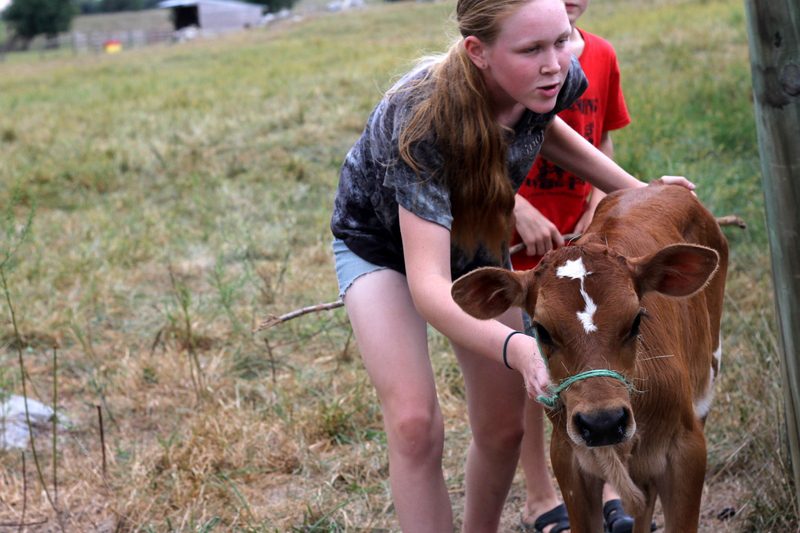 The calf still wouldn’t budge. My daughter tried lifting it. We tried twisting its tail like we saw the handlers do to the steers at the county fair. My son hollered and smacked it on the rump with a stick. Nothing worked, at least not consistently. So the only option left was to pull really hard and then, when the calf took off, to run as fast as possible alongside it without letting go and hopefully in the direction of the barn. 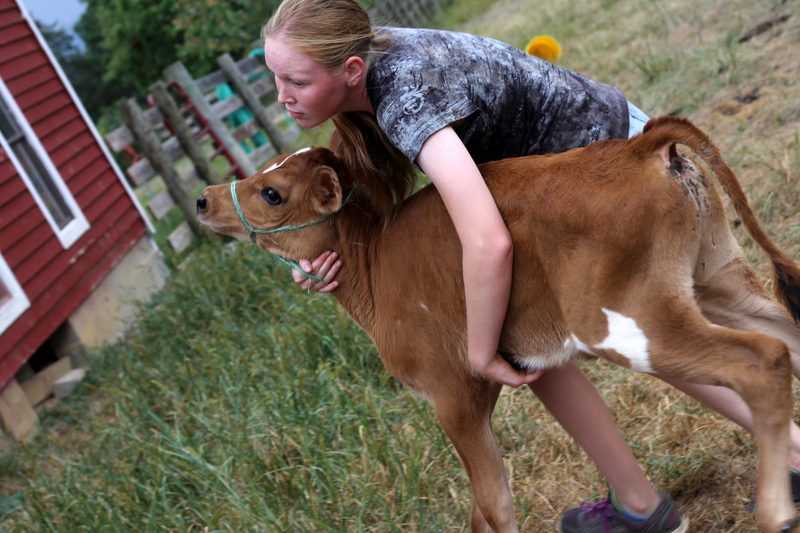 In this elegant manner, the calf bucked its way across the field, my daughter at its side, hanging on for dear life. At one point they were sprinting toward me—I had gone back to the barn to open the gate—in a full-out run when the calf abruptly stopped and my daughter did a complete about-face, snapping her neck and back but never letting go and shrieking with laughter all the while. 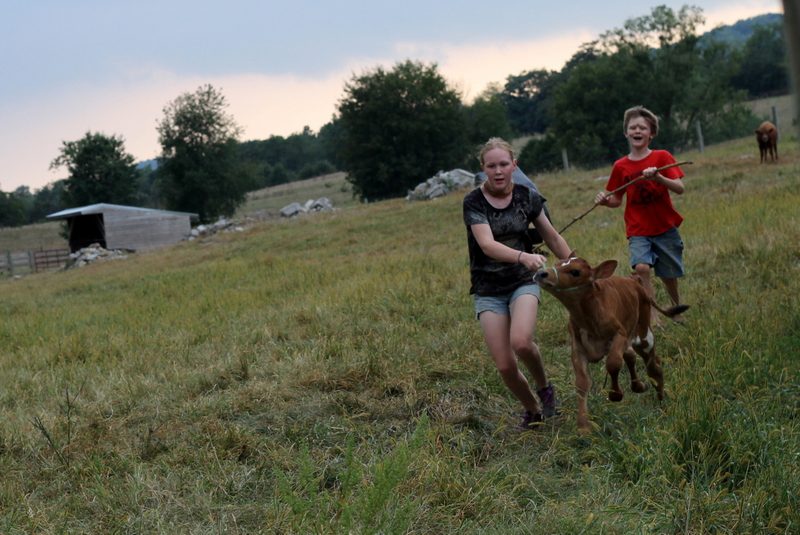 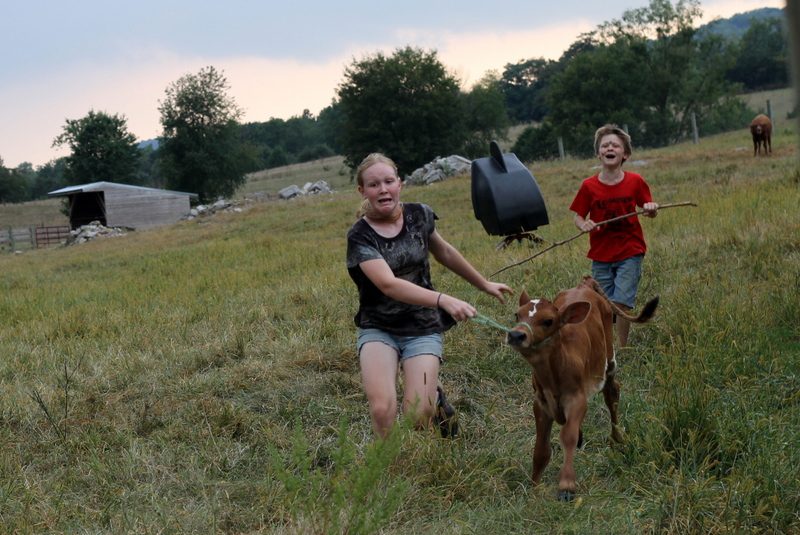 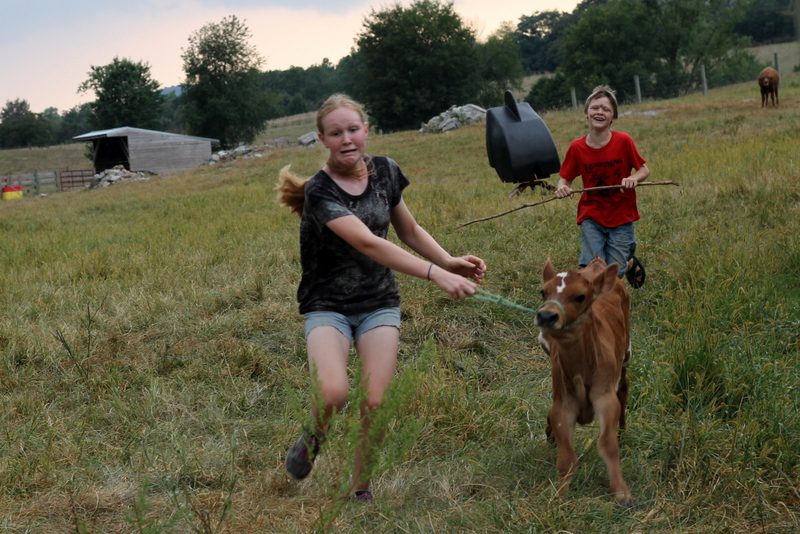 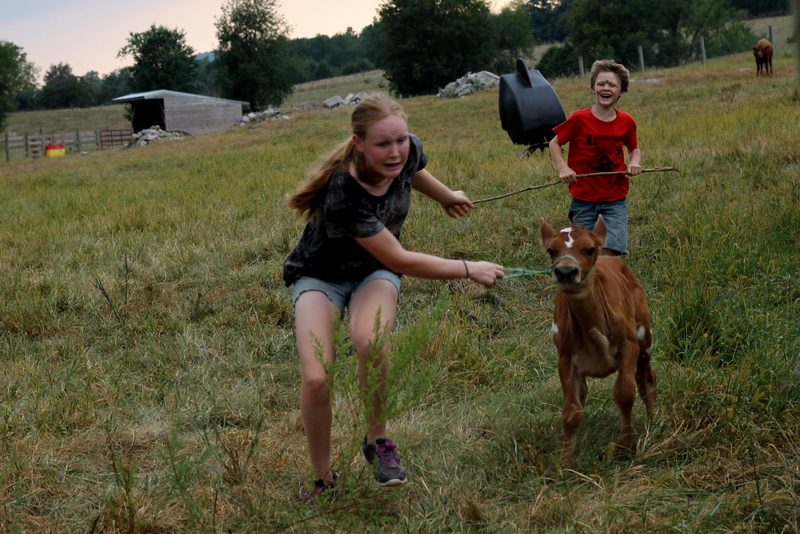 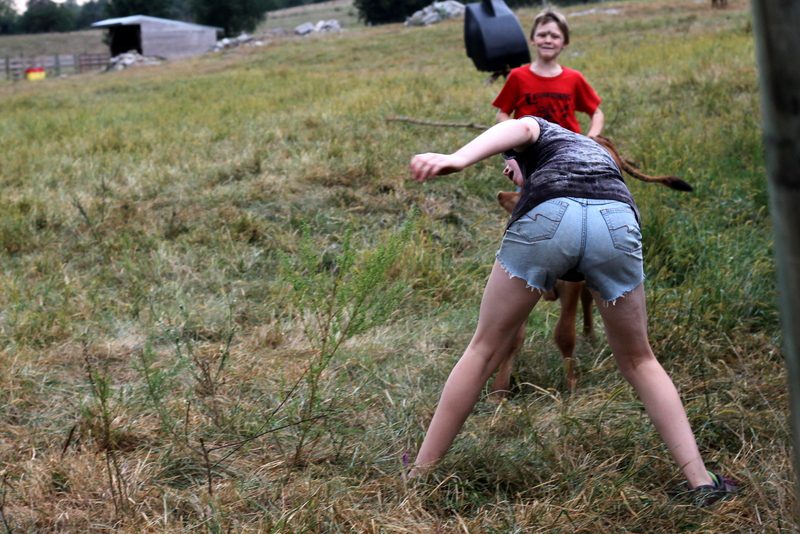 Finally, finally, she wrangled the calf into the barn and we headed back home, still giggling over our own private little rodeo. 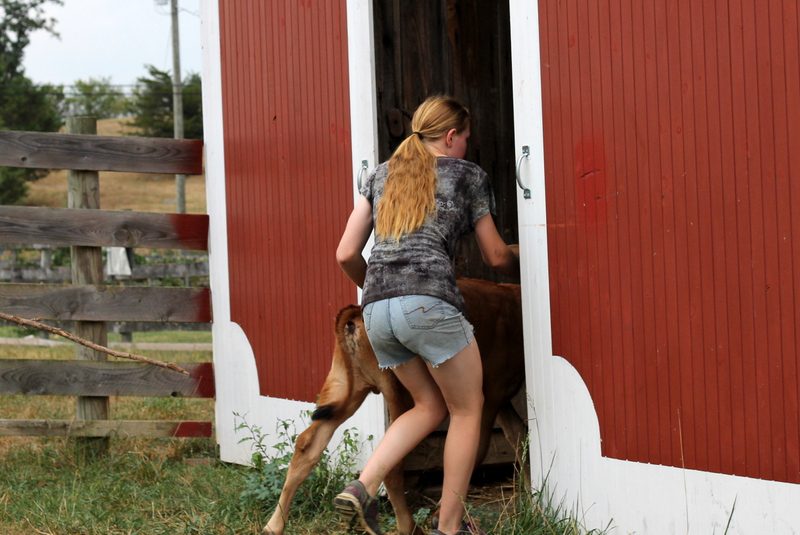