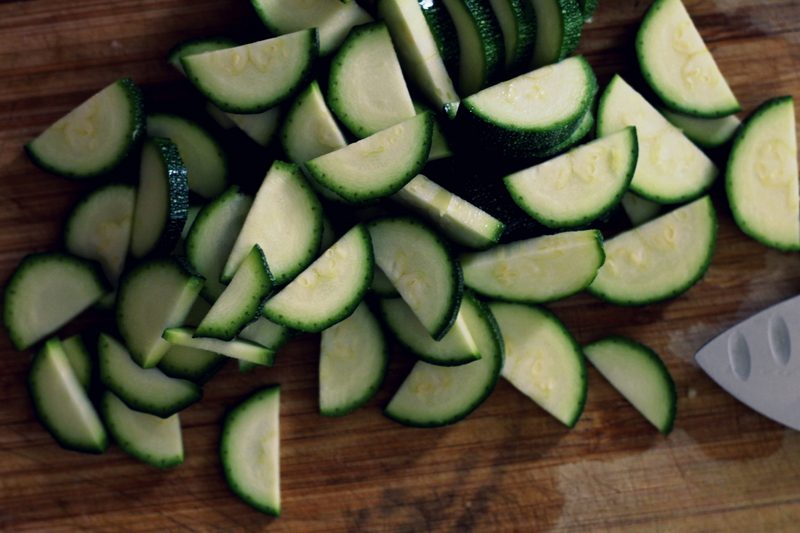 The other night we had supper at our friends’ house. I took a cucumber tomato salad, and they served a groundnut stew over brown rice, plus a raw beet salad (more on that later, I hope). It was the kind of meal that, had I served it at home, would’ve incited a minor revolt.

But. But! The children, my children, ate the stew, praised it loudly, and then two of them went back for seconds.

I was stunned. Was this a good behavior fluke? Did they genuinely like it? Had they suddenly undergone rapid maturation? Could I serve a groundnut stew at home and get the same reaction?

I certainly wanted to try.

All the next day I kept thinking about that stew, wishing the leftovers were in my fridge and not our friends’. So after emailing for the recipe, reading a couple recipes, and picking up some fresh ginger in town, I made the stew. It was exactly what I had been craving, punchy with ginger, garlic, and hot pepper, sweet from the vegetables, and creamy from the peanut butter. 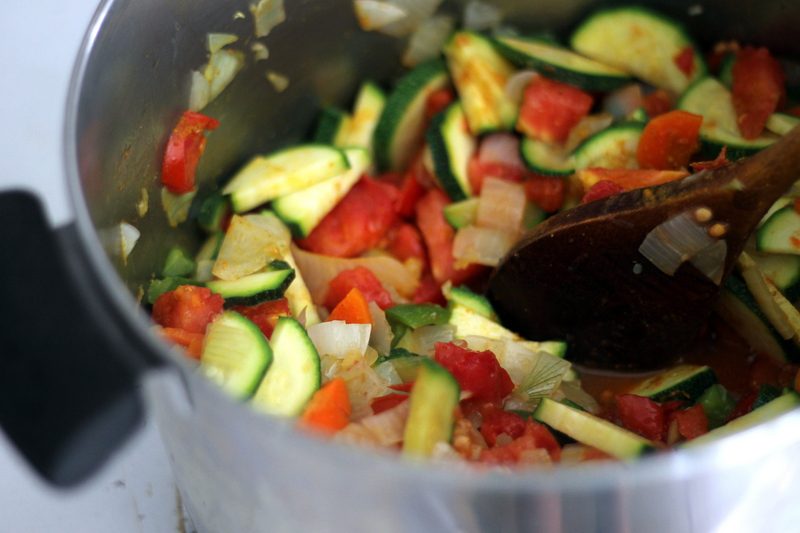 The suppertime results were as follows:

Boy One: enthusiastically thanked me before even sitting down at the table and then polished off a large serving.
Boy Two: didn’t act very hungry until he learned there would be warm brownies and mint ice cream for dessert, after which he happily ate up every last bit of stew.
Girl One: she ate it without fussing, but slowly.
Girl Two: didn’t touch it and didn’t get any dessert.
Husband, The One and Only: one large serving and then another medium one, and he ate it cold for lunch the next day.
The Mother: she attempted to refrain from pigging out; she failed. 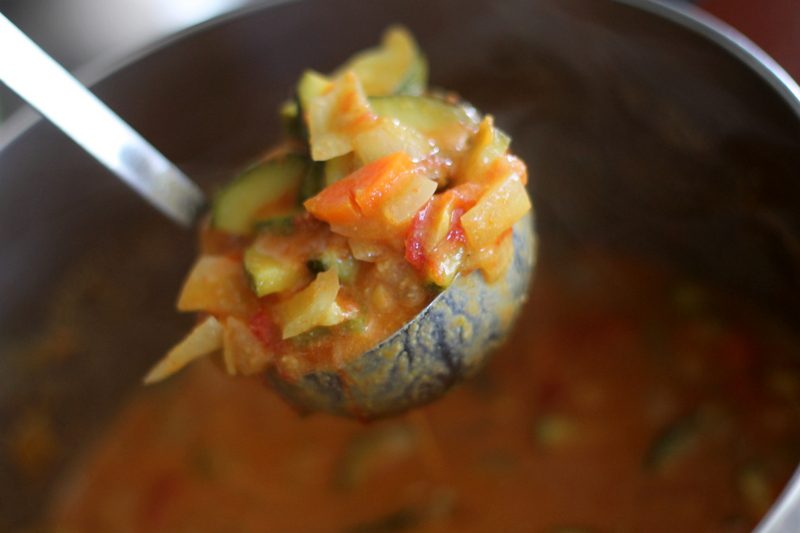 You know what’s so great about this dish? Two things, to be precise:

1. It hits my ethnic food lustings spot-on.
2. It requires no fancy ingredients (‘cept for ginger), relying only ordinary garden veggies, and lots of them.

Why, oh why, did I not discover this recipe until now??? 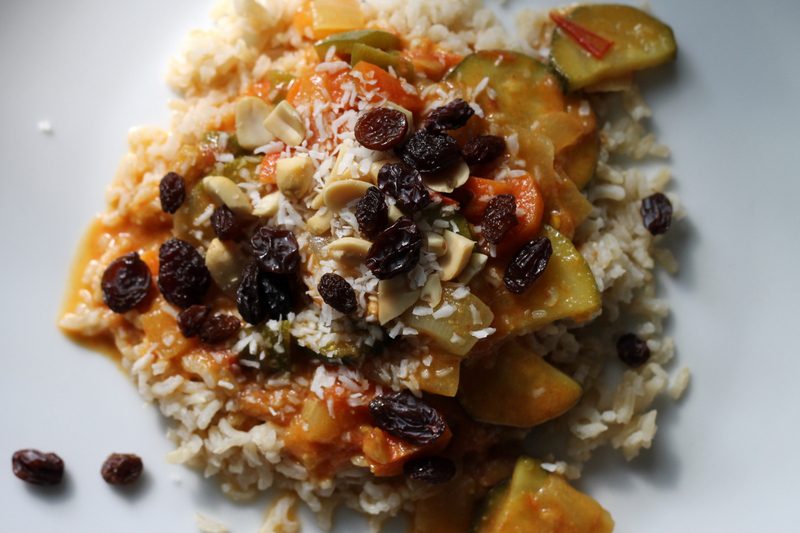 Vegetarian Groundnut Stew
Loosely based on the recipe from Simply in Season, and including our friend’s changes, and mine, too.

Don’t be fooled by the word “stew.” This is less a cold-weather dish and more of a summertime curry. Eat up!

Saute the onions and garlic in the olive oil. When the onions are translucent, add the carrot and green pepper. After several minutes, add the zucchini and ginger. Saute for a couple minutes, then add the tomatoes, pepper flakes, curry powder, and salt. Add the water and bouillon. Cover and simmer for about twenty minutes. (Actually, I just brought it all to a boil, clapped a lid on the pot, and turned the burner off. Thirty minutes was enough time for the flavors to meld and the veggies to soften.) Before serving, stir in the peanut butter and taste to correct seasonings. Serve over brown rice with the condiments of your choice.