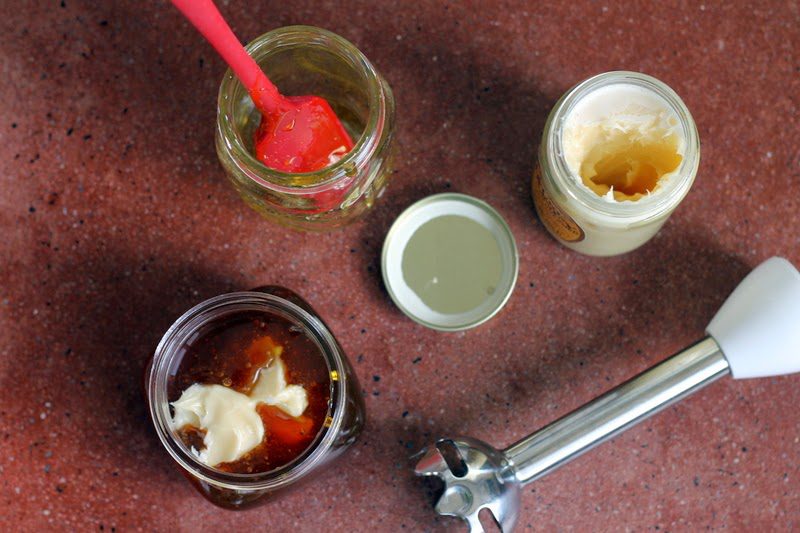 When we were in Pennsylvania a few weeks back, we (our family plus my parents) stayed in a little cottage belonging to some long-time friends of my parents. It was cozy and perfect, and, what with the tighter-than-normal quarters and the being-on-an-adventure feeling, it brought back heart-tugging memories of traveling around Central America. What a special year that was.

Anyway, my mother and I had made plans to bring breakfast foods and snacks, but then we received word that we weren’t supposed to bring any food—they would stock the kitchen for us. Which was super sweet and made the little getaway that much more exotic. Blue corn chips! Ostrich-sized (practically) farm eggs! Hot chocolate! Creamed honey! 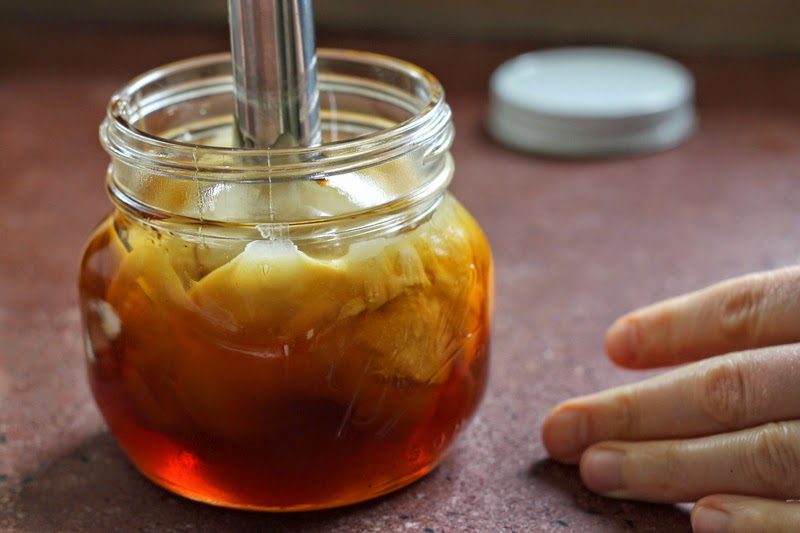 I’m not a huge fan of honey, preferring jams and jellies on my morning toast, but this honey was totally different. It was like cold butter and tasted of honey, but deeper and richer without the back-of-the-throat burn that I get from regular honey. 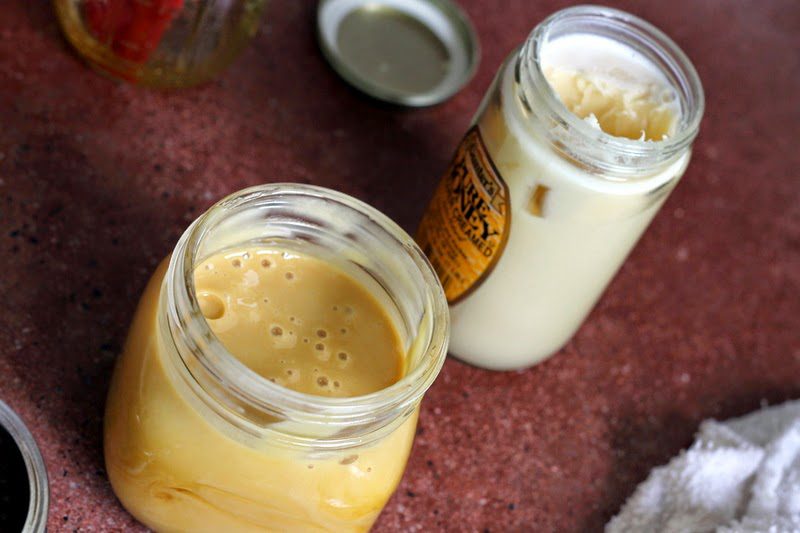 Once home, I poked around the web, trying to learn more about this wondrous oddity. Apparently, creamed honey is just honey with a different crystalline structure. To make the change, simply beat a little creamed honey into regular honey, wait a week, and there you have it. In other words, it’s like making homemade yogurt, but sweeter. 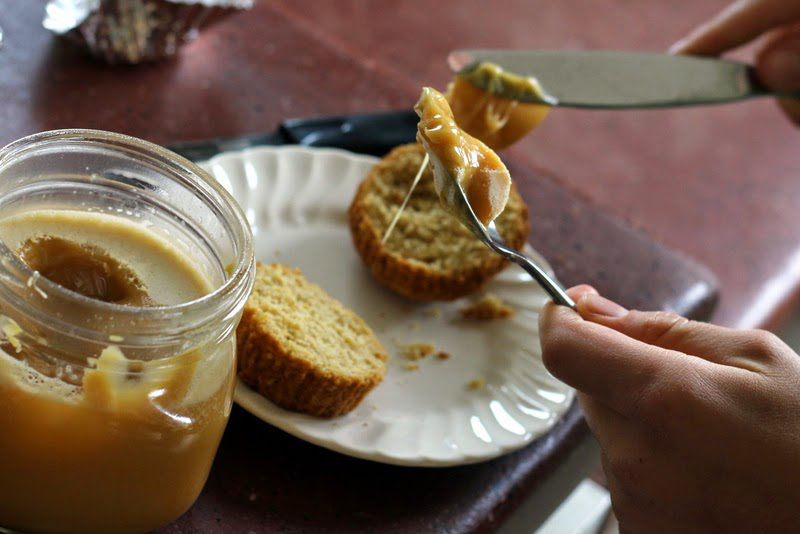 To locate some plain creamed honey (some of the creamed honeys are flavored with weird things like lavender), I called around to a bunch of stores. It’s hard to come by in these parts, but I finally found some and my husband picked it up. Using my brand new immersion blender (DON’T DO THIS—I think I may have burned it up), I beat in the starter. For the next several days, every time I tipped the jar to see if the honey had solidified, it slumped to one side most disappointingly. Finally, I despaired. But then, a week later, I tilted the honey jar and there was no movement. Solid honey! Success! 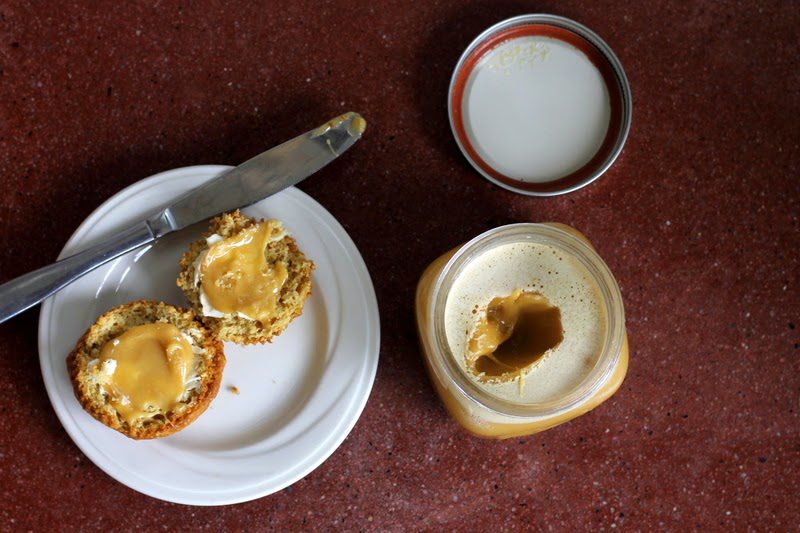 Like yogurt, my homemade creamed honey is not as thick as the commercial variety. It’s more like a reallyreallyreally thick caramel sauce, or, conversely, like a softened chewy-hard caramel. It’s delicious on toast, millet muffins, oatcakes, in peanut butter sandwiches, and stirred into hot tea. It’s also fantastic straight off the spoon for a lazy afternoon pick-me-up. 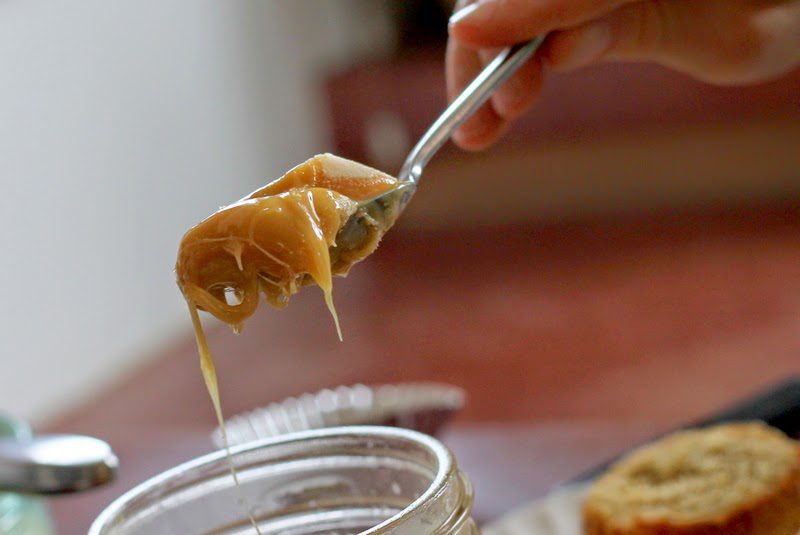 Before starting: if your honey is grainy, set the jar in a pan of very hot water until the honey has returned to its original liquid state.

Put both honeys into a stand mixer—do not use an immersion blender—and beat until thoroughly mixed. (I’m assuming this will work but have yet to try it for myself.) Pour the honey into jars, lid tightly, and store at room temperature for one week. At this point the honey should be solid. Creamed honey will last indefinitely and will never, miraculously enough, get grainy.

This same time, years previous: out of character, ailments, and rhubarb crunch.