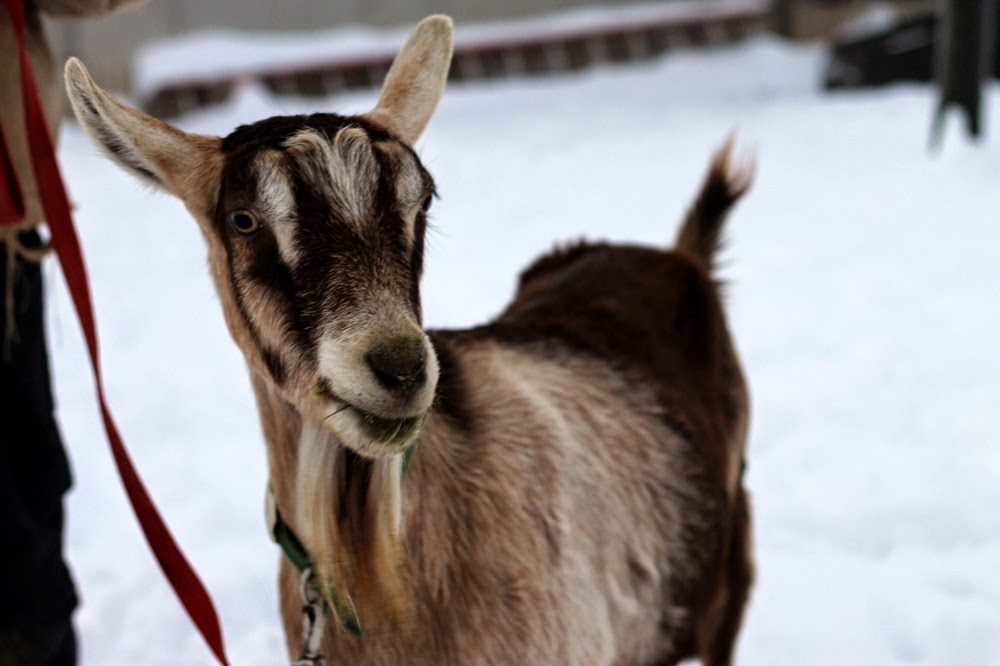 Over Thanksgiving weekend, my daughter nanny-sat her friend’s goat. The goat is named Bee (short for Belle, I think), and she surprised me by having a silky beard.

We all took a liking to Bee. It was fun to watch her stand on her hind legs and strain to reach the tree branches (though they were bare, so I don’t know why she bothered). She head-butted Jessica, Annabelle (the new sheep finally has a name), and Rameo over her hay. She even wiggled her way through the little door into the chicken coop—I looked out the window just in time to see her behind disappear through the hole, à la a face-first version of the limbo. 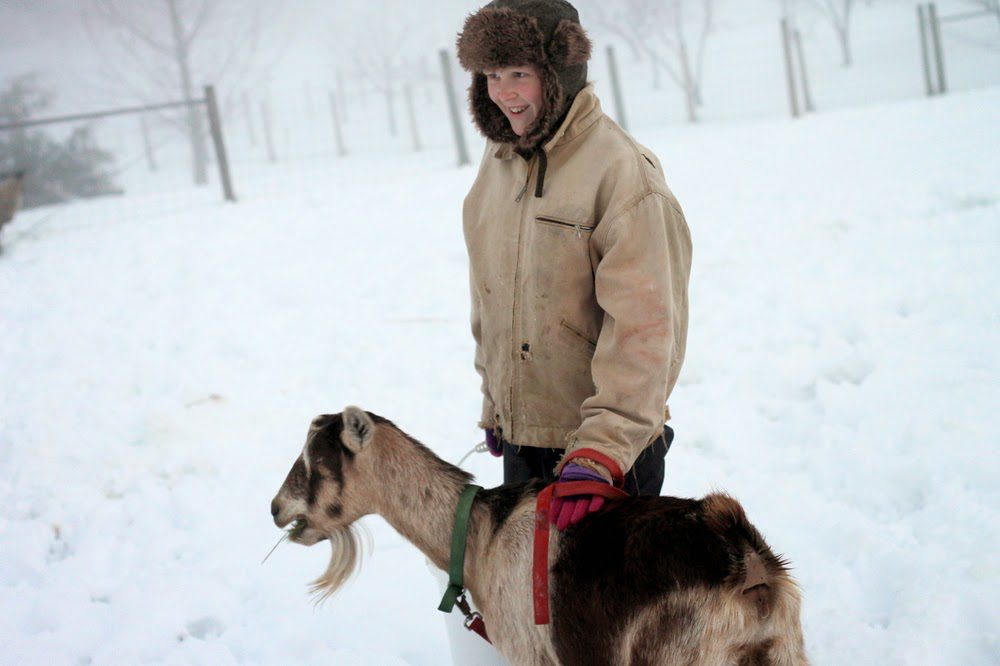 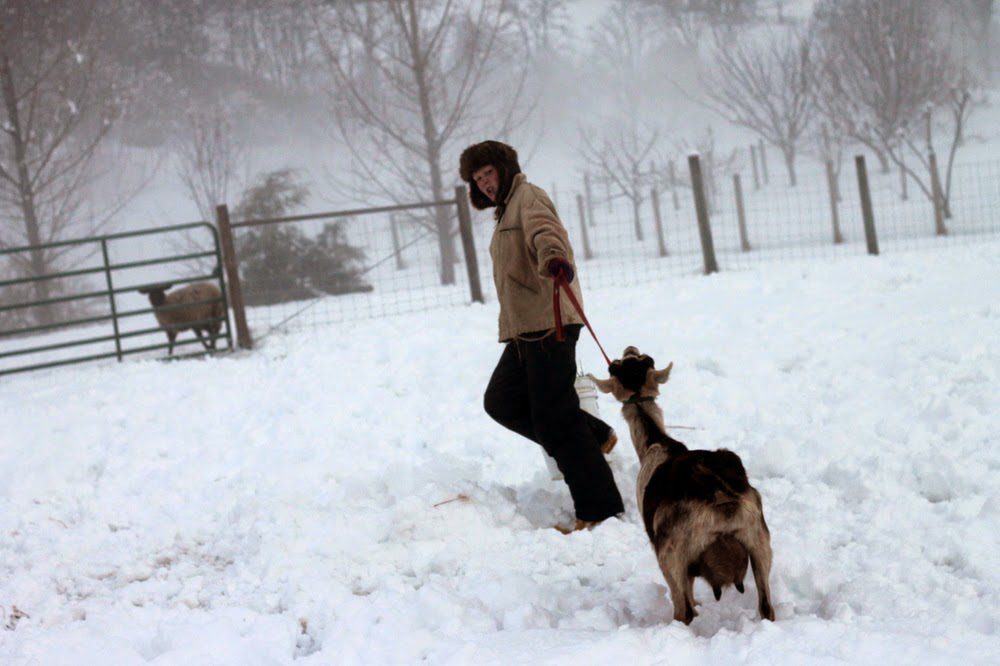 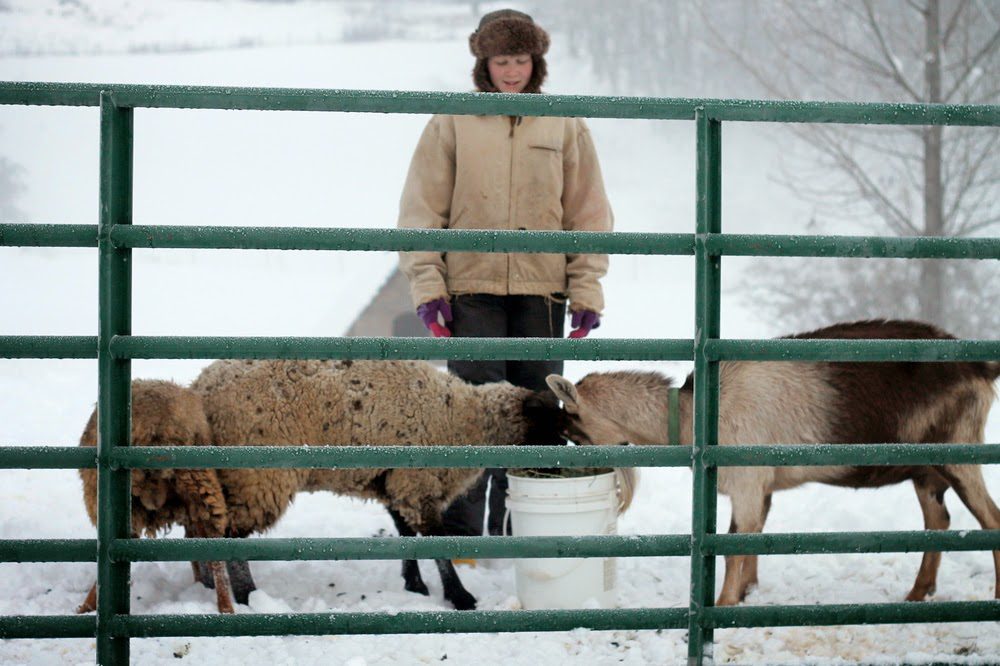 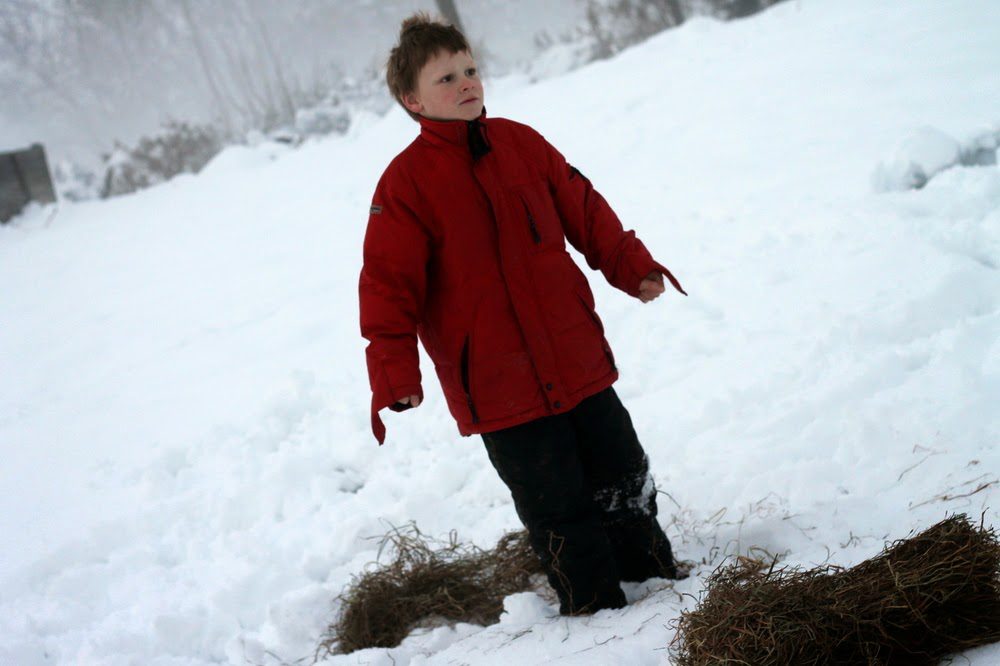 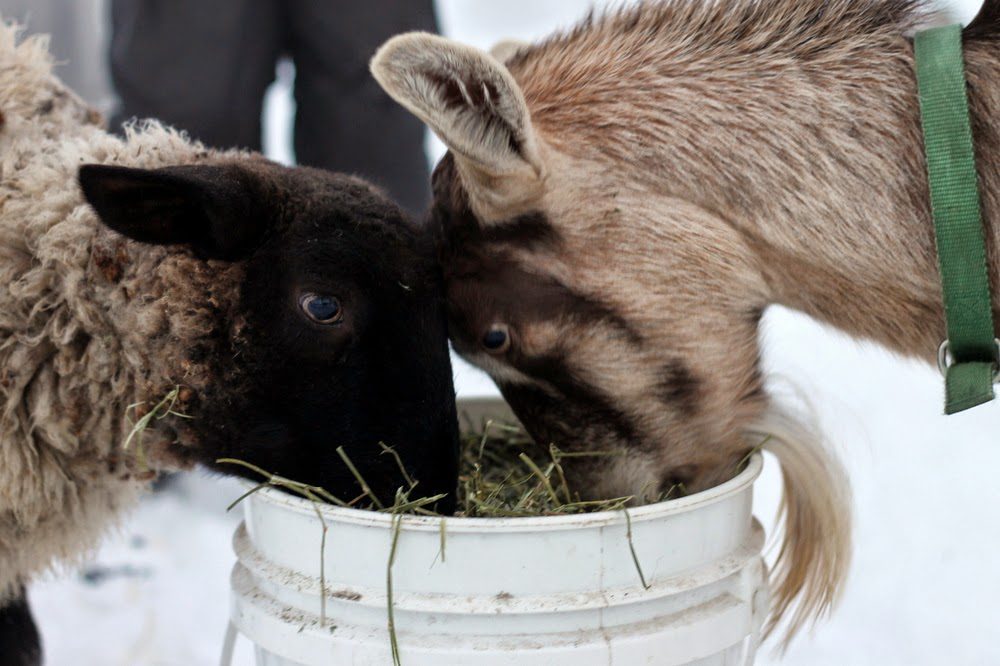 Nanny-sitting Bee involved twice-a-day milkings. At six-thirty, morning and evening, my daughter tug-dragged (tug-drug?) Bee up to the barn where they had set up the milking stanchion. She tied Bee’s legs to prevent kickage, and then, while Bee happily munched grain and the cats hovered, she did the milking. She milked straight into a bowl that was sitting in a bucket of snow. Instant chilling, her owners say, produces better milk. 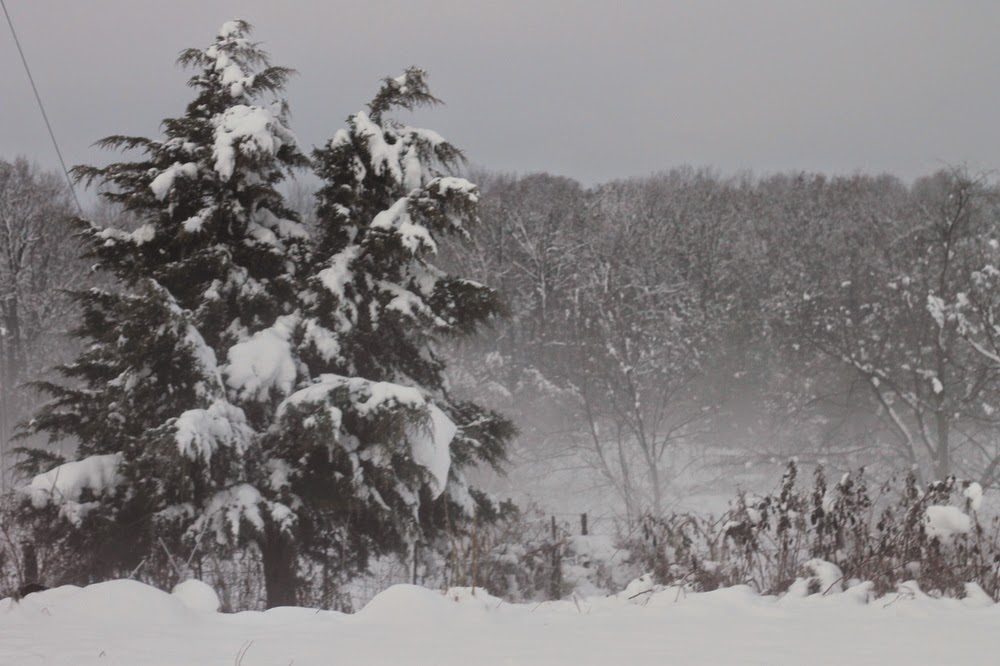 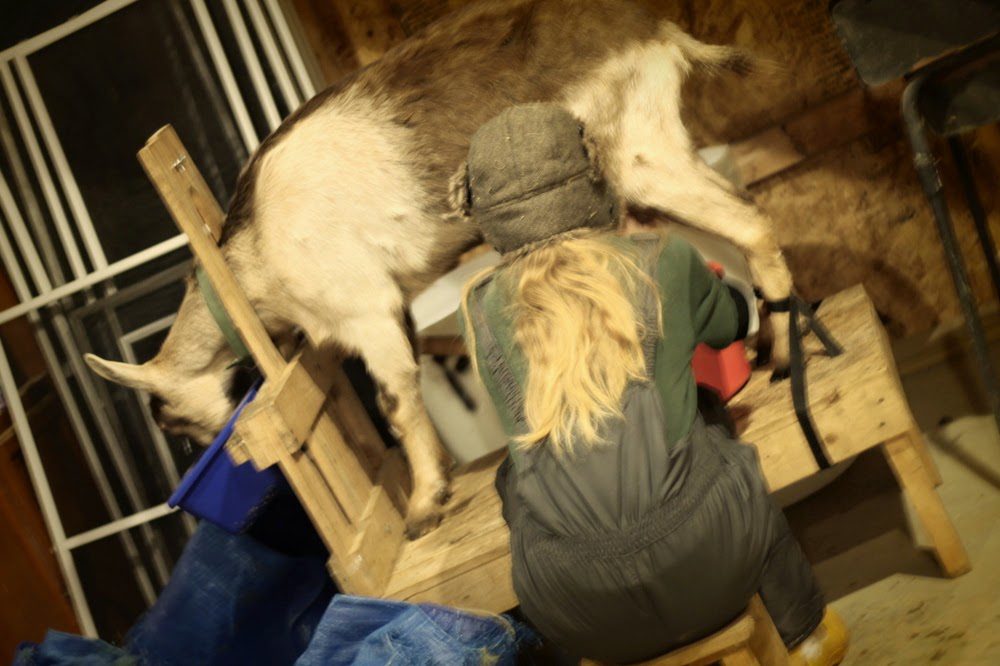 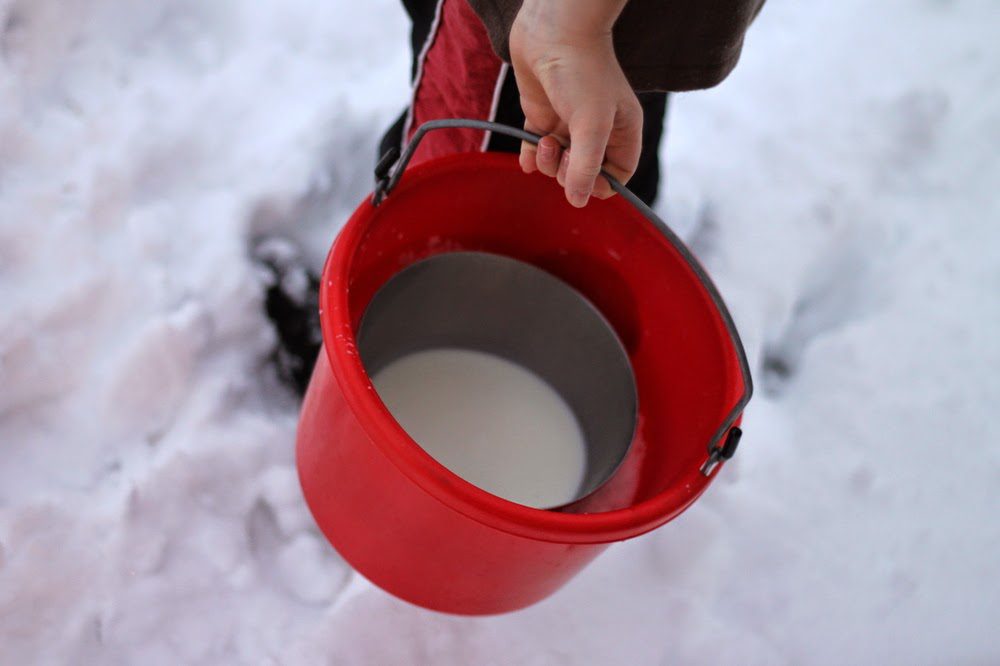 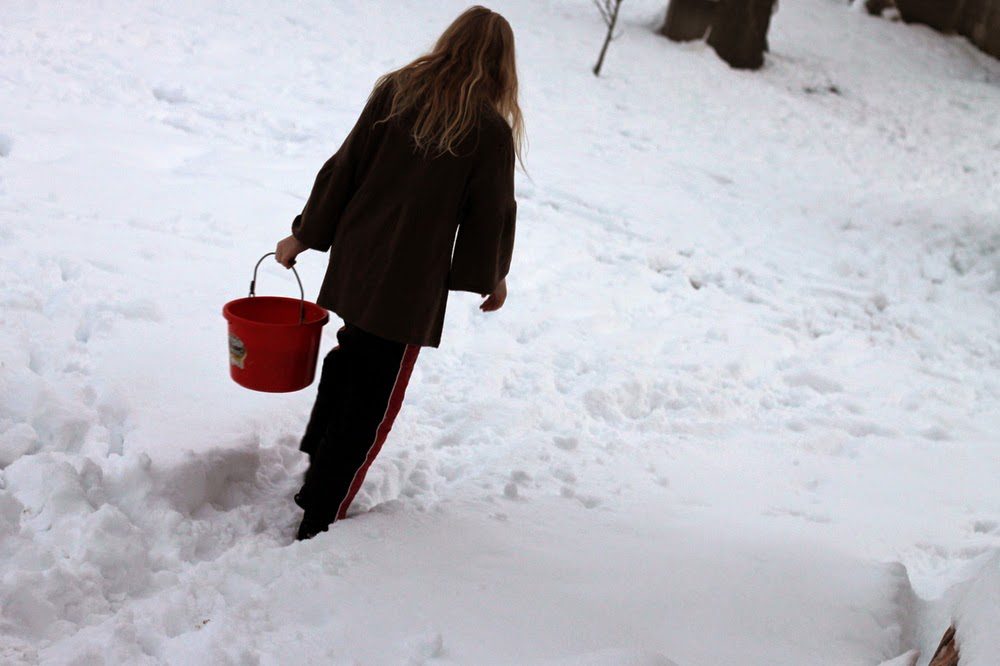 And the milk was delicious, shockingly so. I have vague memories of yellow, putrid-tasting goat milk from some sad moment in my childhood, but Bee’s milk was nothing like that. It tasted almost exactly like cow milk, but even richer. 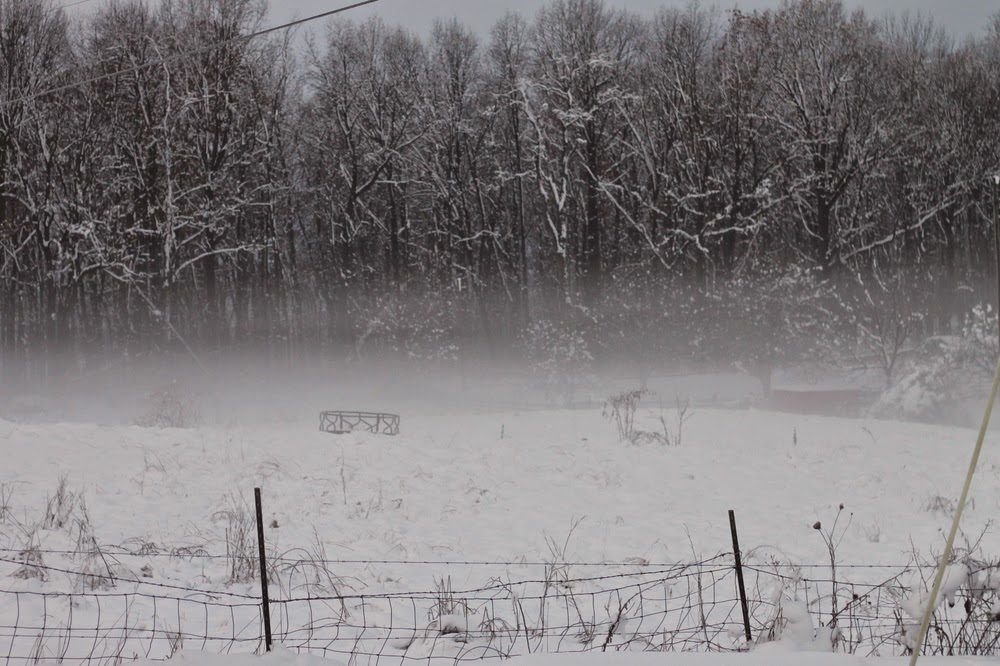