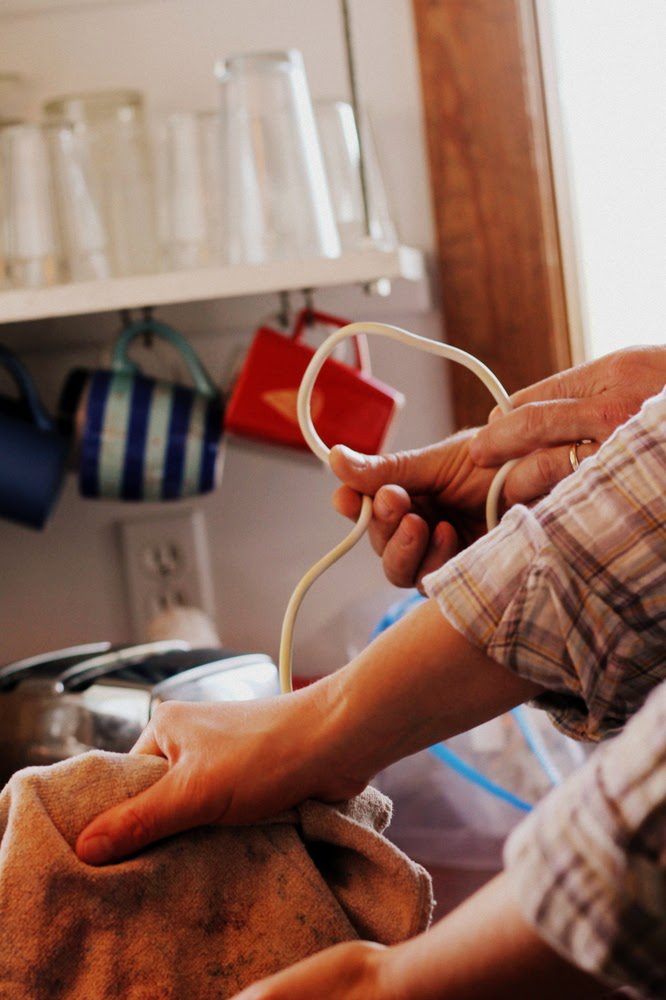 The cord for our handheld mixer is cracked and broken. The wires are poking out. It got so bad that this past Sunday, when it came time to make the whipped cream for the waffles, the mixer refused to run unless the cord was held just so. So my husband held the wire while I beat the cream. Raising or lowering the cord even the tiniest bit resulted in less electricity and slower-running beaters.

Him: This is stupid. We’re going to be electrocuted. In front of the children.

Me: It’s kitchen fireworks! If sparks are gonna fly, then we should kiss!

Him: I am not kissing you. Just beat the cream.

Me: Hey kids! Someone get the camera and take a picture!

Him: I’m risking my life for whipped cream.

Actually, this picture pretty much sums up our entire marriage: making do, him helping me (he’s always helping me), idiotic risk, whipped cream, humor, working together, and bickering.

P.S. Mom, calm down. No one got injured—not even a twinge of a zap—and the mixer is now out of commission until it is properly repaired. (Though he better get it fixed before next Sunday, or else.)

P.P.S. When whipping cream, I cover the bowl and beaters with an old dishtowel to eliminate splatters. Thus the reason it looks like I’m holding a wired towel.

P.P.P.S. Title from Princess Bride, the movie that forever altered how I articulate “true love” in my head.

P.P.P.P.S. The beater wires are now fixed (kinda) so whipping the cream is once again a one-person job, nostalgic sigh.

This same time, years previous: on being together, warts and all, cream puffs (for Kirsten) (who had twins last week!!!), and oatmeal crackers.