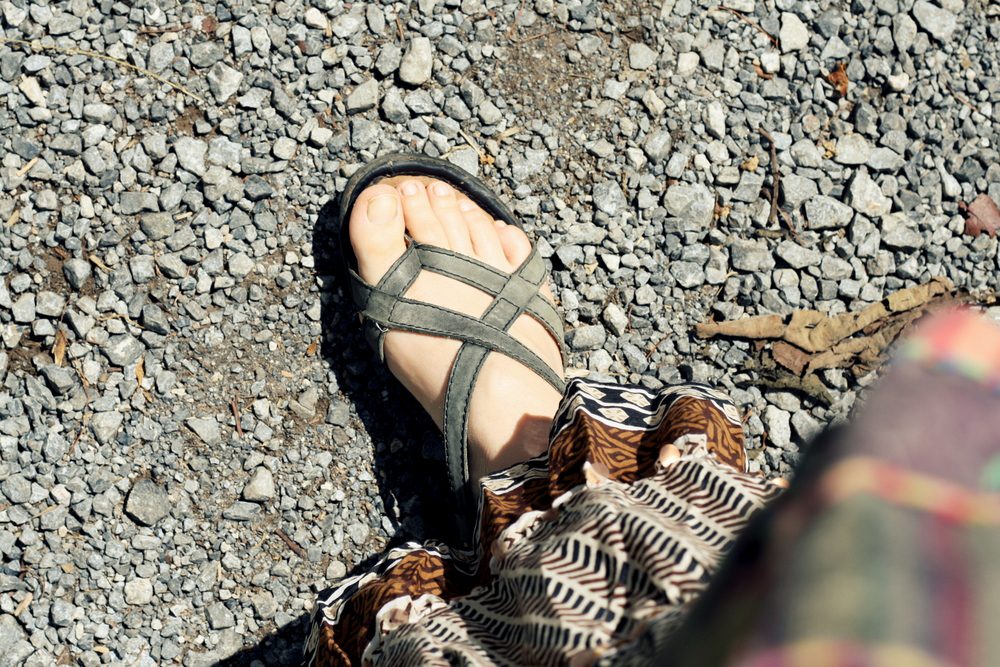 Last week when we arrived in Cobán for language study, my younger son stumbled off the bus, grabbed my hand and groaned, “I almost fell asleep. I feel like I’m walking through water.”

Which made me laugh because 1) that’s exactly what feeling tired at on a sunny afternoon feels like, and 2) he arrived at the common analogy—tiredness and walking through water—himself, thus verifying its authenticity.

Lately, I’ve been feeling like I’m walking through water all day long, but not because I’m tired from working so hard. To the contrary, I’m bored to the point of exhaustion.

I get bored easily and quickly. This is a well-known fact, and I’ve learned to accept it, more or less. (Lie! I hate it! I fight it! I wish it weren’t so!) That’s why it came as such a delightful surprise to not be bored for even one single minute for the first three months after we arrived here. Seriously. I was keeping track. I was fully aware that I was the opposite of bored and I relished my newfound non-bored-ness.

Regular tasks like shopping and cooking supper have become elevated to Sanity Savors. I’ve invited myself to other people’s houses (and now am now trying [unsuccessfully] to not hope too much for the text message that’s my golden ticket to a Morning of Cooking with Amada’s Abuela). I’ve willingly attended K’ekchi’-only meetings because at least then I’m not sitting at home by myself. I circle the web hopelessly, randomly, frantically, searching for connection and inspiration. In fact, it’s so bad that I’m seriously toying with the idea of baking something, carrying it to town on my head, and selling it at market. (When I explained to my husband that I’m going to fall off the deep end if I don’t have something to do NOW, that was the idea he came up with to get me off his back.) 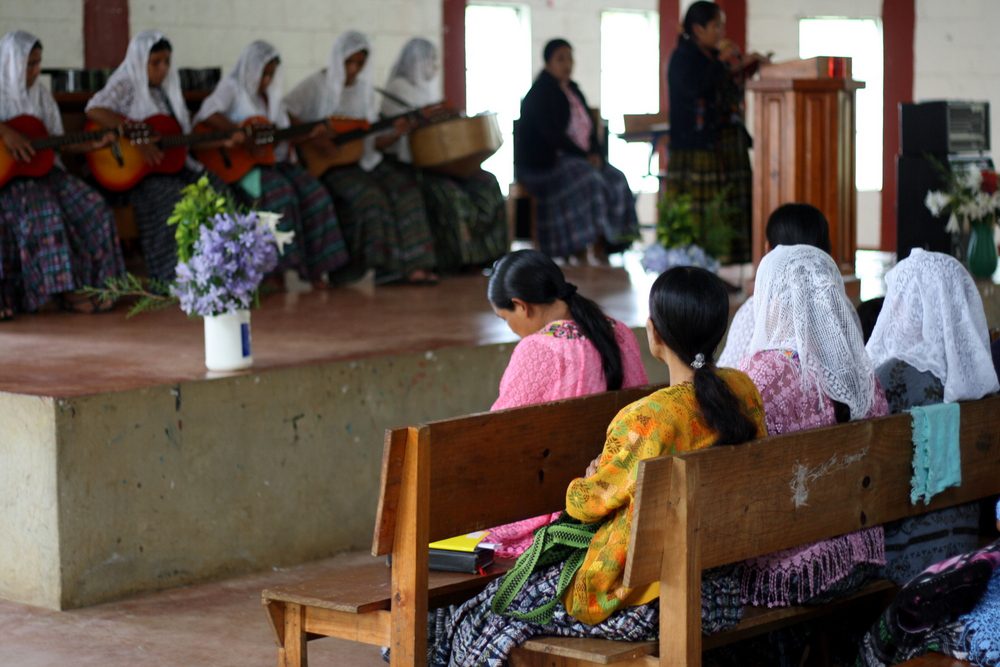 Like I said, I battle boredom in the states, too. And there I have great swaths of family and friends and Netflix and a whole huge house and garden and all sorts of things to help me cope. Here, I’m kind of on my own.

It’s way better than it was in Nicaragua, though. In Nicaragua we lived in a one room house in a community of 35 families and there was no internet, no phone, no taxis, no market, no nothing. I didn’t fare so well, either. Depression crept in and set up camp. It was dark.

I am not depressed here. Not yet, and hopefully not ever. I’m diligent about getting my exercise, my sleep, my vegetables. I get out, even if it’s just to cruise the market or to sit in the teachers’ room and write sentences using the subjunctive. 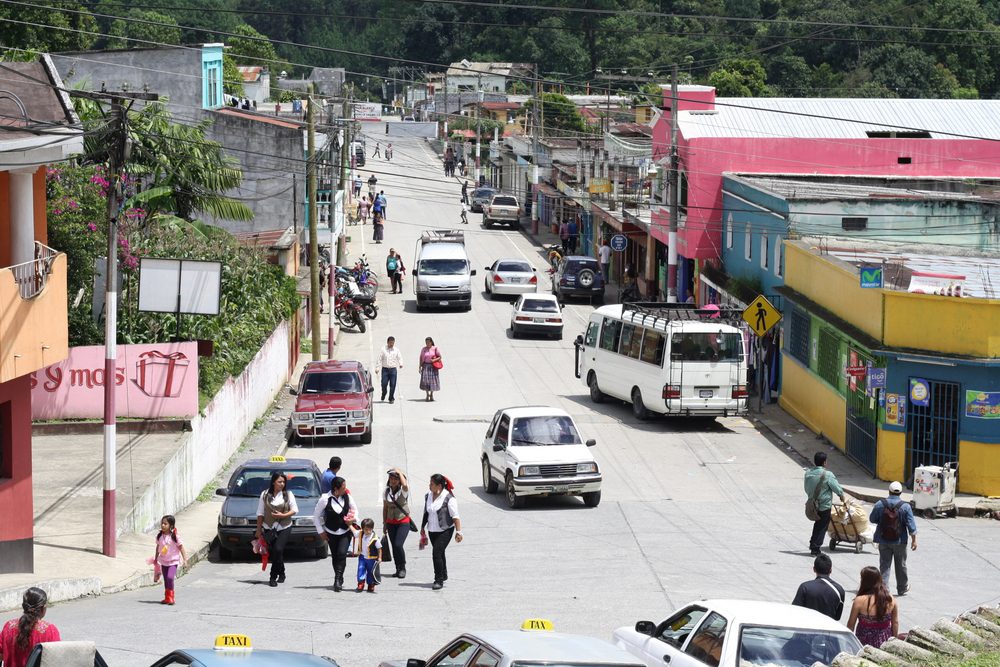 The entrance to Chamelco, as viewed from the plaza.

Also, it helps that here we are living close to real, lots-of-people-live-in-them towns. There are schools and churches and internet cafes and bakeries. There are opportunities for connections galore. One would think I should be hopping with wall-to-wall busyness! But I’m not. Because the same rule that dictated our lives in Nicaragua exists here: if I’m going to be busy, I have to create my busy. However, I keep bumping up against this one little fact: I can push myself to put out only so much before I start to feel depleted. 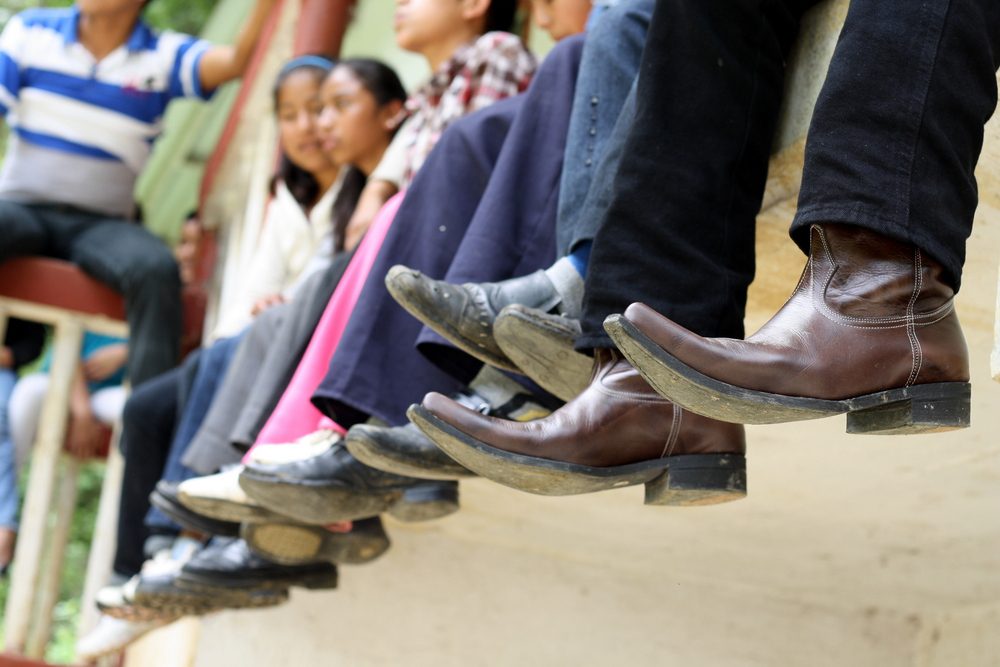 But how am I to create my Busy, my work, when I’m the odd-one out? Not only am I the giant white lady standing in a corner with no one to talk to, slow on the uptake and hard to understand, but everyone was managing just fine before I came. Which begs the question: how much do I even have a right to carve out a space for myself here? What does the ever elusive Accompaniment and Support look like in our situation?

I want to place blame somewhere—on the school, MCC, the K’ekchi’ people, my husband, myself. I wonder if this boredom is because we are here for a short time and can’t invest ourselves as deeply. If we were here for three to five years, we’d be spending a lot more energy claiming this space, making the house ours, putting in a garden, etc. We can only skim the surface in nine months. Also, we’re not the only ones holding back—why should the locals want to invest in us when we’ll soon be gone?

But even if we were here longer, I still think I’d be struggling with these same issues because the fact is this: gaining trust and building relationships takes time and lots of waiting and standing around in corners, watching, listening, and twiddling our thumbs. That’s just how this business is. There are no short cuts. 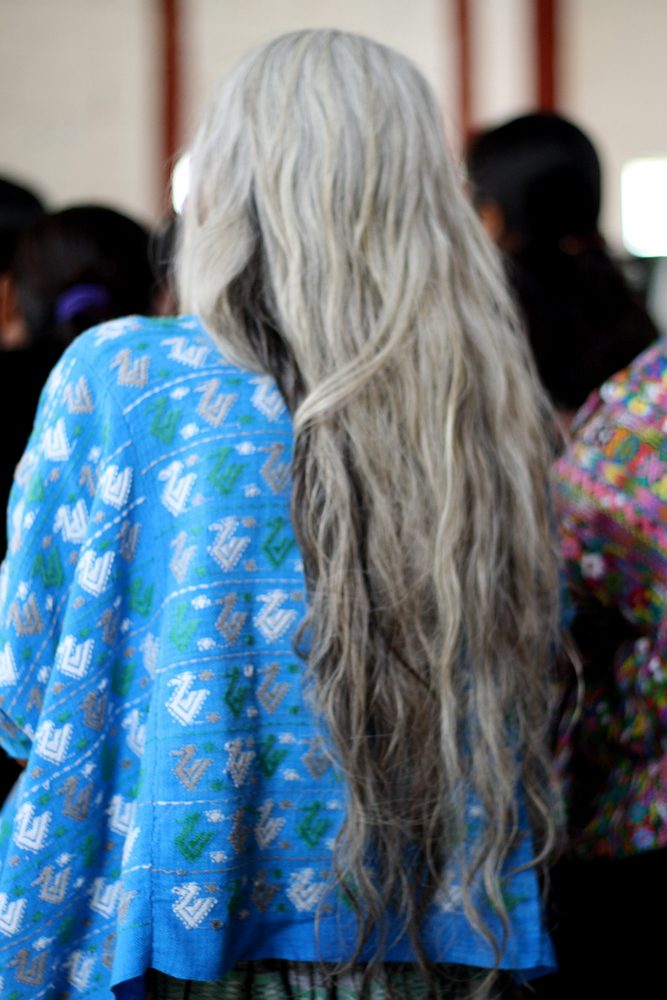 So why are we only here for nine months? Good question! The reasons are as follows:

1. MCC/Bezaleel didn’t want anyone for longer.
2. We wouldn’t have taken a longer term (though we did say we were available for one year) because long-term overseas commitment scares the living daylights out of us.
3. After a history of heavy MCC involvement at the school followed by a few years of hardly any involvement, we are kind of testing the waters, looking around, feeling the situation out. It wouldn’t make sense to send someone into a “feeling out” position for three years.
4. Our previous three years with MCC count for something; we’re not coming in cold. Chilly yes, but not cold.

So I slog through my days. Sometimes the pace picks up. If I’m lucky, I get twinges of purposefulness. Some days are even productive! I set goals—little ones, like go to church, kiss every woman you meet on the cheek, smile, ask a question. And minute by minute, hour by hour, day by day, time moves forward.

Despite the dull, daily drudge, valuable (I hope!) Big Picture work is happening. It’s Stuff I Can’t Talk About (sorry) and it doesn’t meet my needy-needy-neediness for daily connections, but there is Behind The Scenes Purpose. However, knowing the whole picture doesn’t do much to alleviate the nagging “should we do more” and “how should we do more” questions. I’m still crawling out of my skin with boredom.