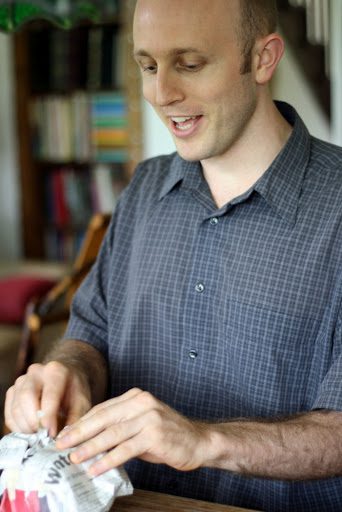 Seven (eight? nine?) years ago when the locusts swarmed, my brother caught some, fried them up, and ate them. He fed one to my daughter and she ate it. We have it on video. It’s one of our family stories, the type of thing that the kids like to brag about.

John the Baptist has nothing on us.

So when the locusts swarmed again this spring, my children immediately thought of my brother. However, my brother was on the other side of the world, teaching in Qatar at a Carnegie Mellon branch school. He told the kids, “If you catch them and freeze them, I’ll eat them when I come back.”

That was all the prompting the kids needed. They immediately became professional locust hunters, plucking them off branches and plopping them into old sour cream containers.

I knew not to peak into the unlabeled containers banging around in the freezer. However, once I found a pretty red Christmas tin, and, thinking that maybe my mother had squirreled away a tin of cookies, I popped off the lid. A bunch of locusts, rigid and frosty, stared up at me. I may have screamed a little.

When my brother came to visit this weekend, the kids put all the locusts into a pretty little tin, wrapped it up in newspaper, and gave it to him as a belated birthday present. 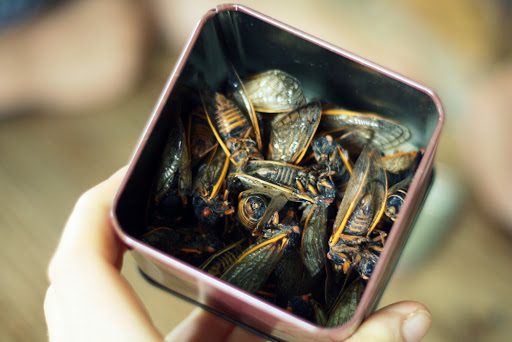 Turns out, frozen locusts can stick to your fingers and look very much alive. 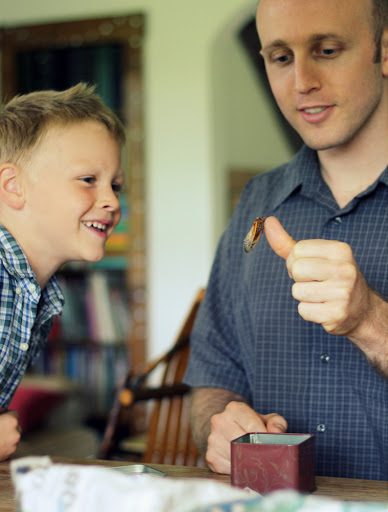 “Maybe they’ll come to life once they warm up,” my brother said. 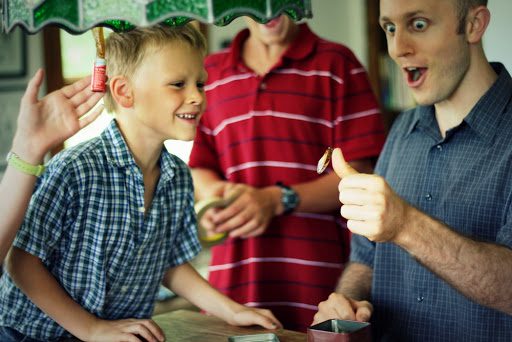 They didn’t, of course, but wouldn’t it have been wild if they had?

That afternoon, my brother and the kids and the dead locusts took over the kitchen and I fled the house to go for a walk. Before I left, I gave them permission to use the camera. 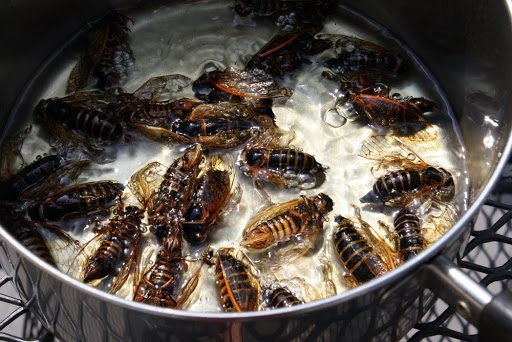 According to my Canon Rebel spy, my brother fried the locust in oil. 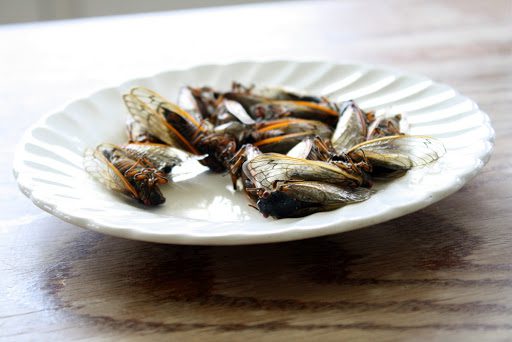 Just look at this picture! I do believe one of my children is a food photographer in the making! 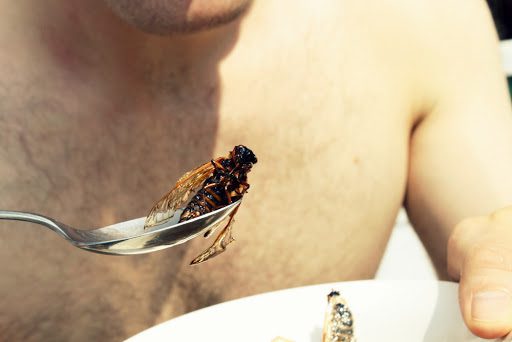 My brother ate one—shall we call it a loquito frito?—and pronounced it not too tasty. (Duh.) 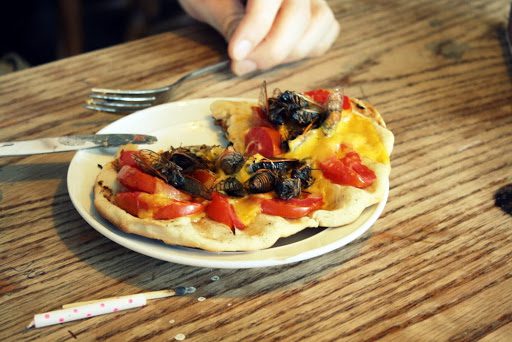 So he mixed up some bread dough and made a locust pizza on the grill. 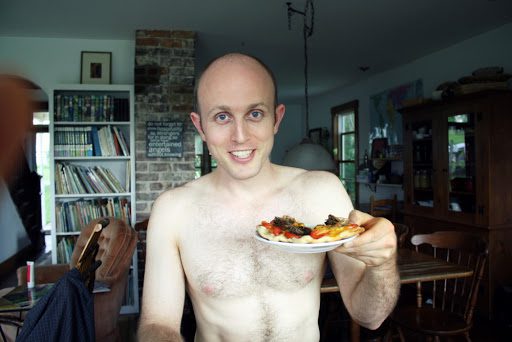 Pizza. It makes anything tastes good!

And then he put on a wig. 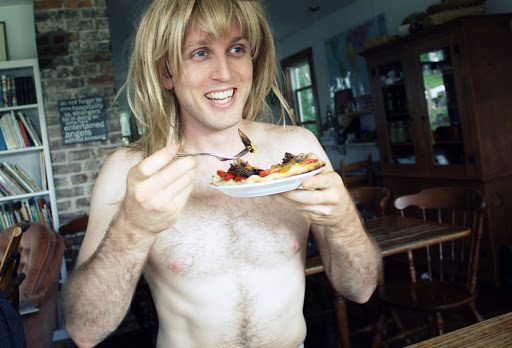 For bravado? To better identify with the honey-and-locust-eating prophet?

He took a bite. 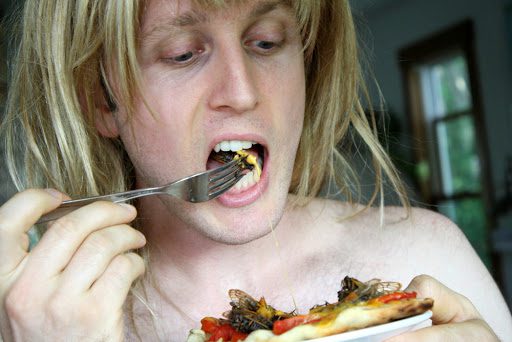 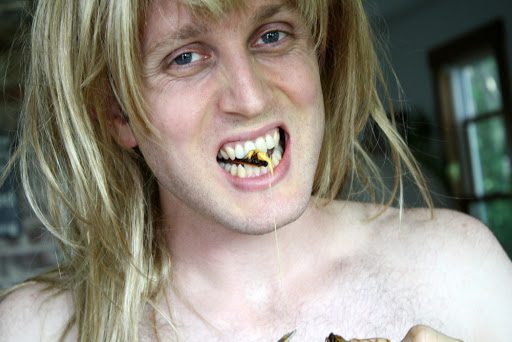 And then he packed up the leftovers to take with with him. He said he’d eat the locust pizza for his next day’s lunch, but I think he was bluffing. He probably tossed it in the first garbage can he came to.