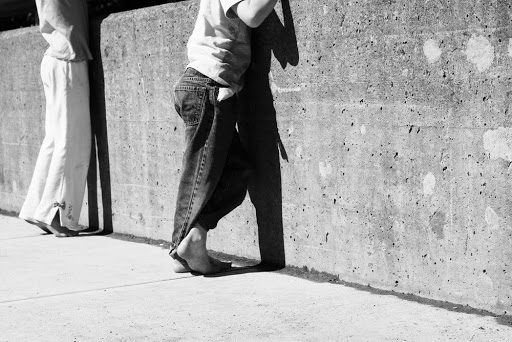 When my younger son visited the doctor for his potential tick-born illness, he had to have blood drawn. (The result were negative, but they want to do a redo in six weeks.) He sat on my lap for the procedure, and when it came time for the needle stick, he simply looked the other way. Not once did he move, not a flinch nor a whimper.

Afterwards, the nurses told me that they have a lot of kids come through there but they rarely see that sort of complete compliance and calm. They were impressed, they said.

I was tempted to feel proud, to think my son’s behavior was because of something I had done, such as explained everything to him in detail, or acted matter-of-fact, or cuddled him on my lap while oozing lots of my exceptionally potent motherly charm.

But then I remembered my other child. You know, the one who kicks doctors. The one who didn’t get her teeth cleaned until she was seven years old because she refused to open her mouth. The one who cries and screams in rage, not only when a doctor’s appointment looms in the near (or distant) future, but also when we have to stop by the pharmacy for her meds.

I’m that child’s mother, too.

So instead of getting all I’m-such-an-awesome-mom-yay-me happy, I chuckled (but just inside, somewhere behind my sternum—you know the place), stomped down my pride puffs, and settled for basking in feelings of extreme gratefulness for the perspective-enhancing experience.