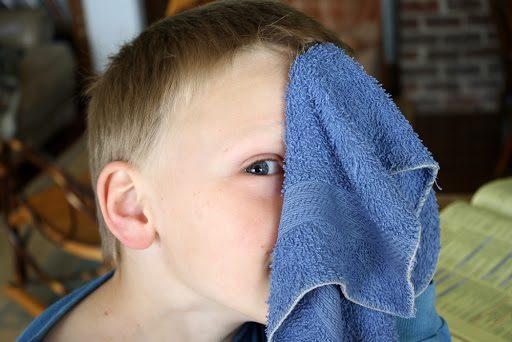 I’m serious. There are some unpleasant pictures ahead. Proceed with caution.
***

Yesterday my boy had another one of his allergic reactions—the kind where the white part of his eye turns yellow and mushy and swells up to huge proportions. The episode was fairly mild. I put in a couple eye drops and everything was fine.

This afternoon it happened again. I didn’t rush or anything since we got it under control so fast yesterday. Plus, I wondered if a cold washcloth would do the trick (his eye was improving by the time we got to the ER last year and we had only used a wet hankie). 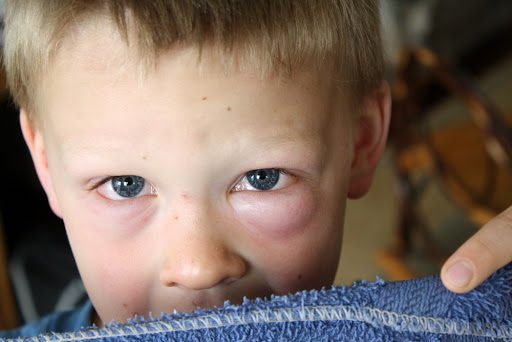 But the eye kept growing and he kept fussing and begging to go to the ER. 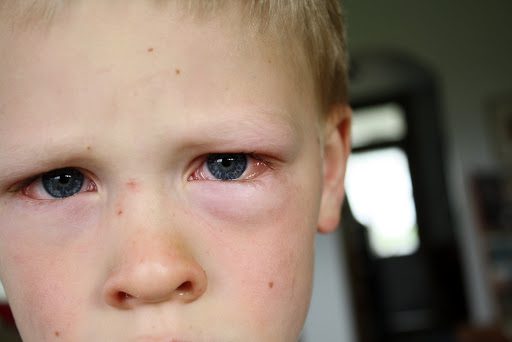 And then I took a good look at him and said, “Oh my!” and sent my older daughter out to go get my husband. 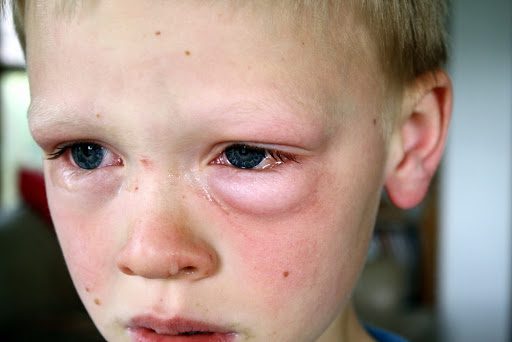 Putting the eye drops in was an ordeal because he refused to cooperate even when we offered an ice cream bribe. And then we got stressed because the eye was swelling and swelling and swelling and we needed to act NOW. So we tried to pin him down. But that failed because 1) the kid can fight like a demon, and 2) neither of us was keen on prying open a squeezed-shut, mushy-gushy eyeball. So we let him up and then, wouldn’t you know, he went and stood in the hallway and tilted his head back and let me put the drops in (the same ones I used yesterday), no problem at all. He even smiled. He begged me to take more pictures. 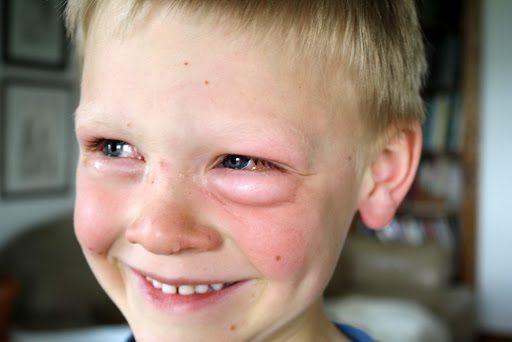 excuse the blurriness, but I just wanted you to see what a trooper he is

He ate his ice cream and was happy. 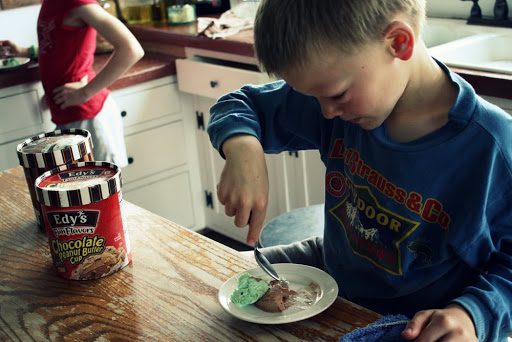 Except his eye kept getting bigger and bigger.

Then we found another eye drop medicine in the medicine cabinet, but I didn’t have directions or details since we had long since thrown the boxes out. So I looked up information online about the eye drops that we had already used, but the only stuff I could find was talking about ears. Which was weird because that wasn’t what we were dealing with. So I called the pharmacist.

Him: Hmm, are the drops up to date?

Him: Tell me again the name of the medicine?

Me: It’s called Ciprodex, and the print is so small I can hardly read it, but I think it says it’s a sterile otic suspension—

Him: What’s the middle word?

Him: THOSE ARE EAR DROPS! YOU DON’T WANT TO PUT THOSE IN HIS EYES!

Oh. So “otic” is not the same thing as “optic.” Interesting.

We did the drops all over again, but this time with eye drops instead of ear drops. And this time the swelling actually started to go down. 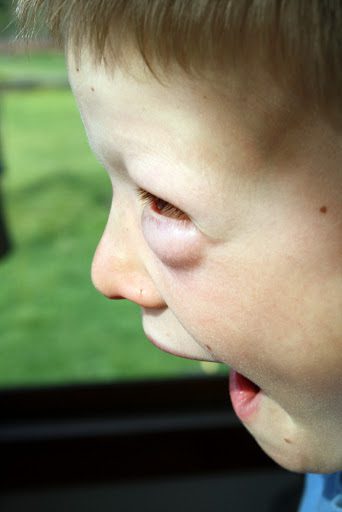 Now my boy is curled up beside me on the sofa, staring at his eye with a handheld mirror. 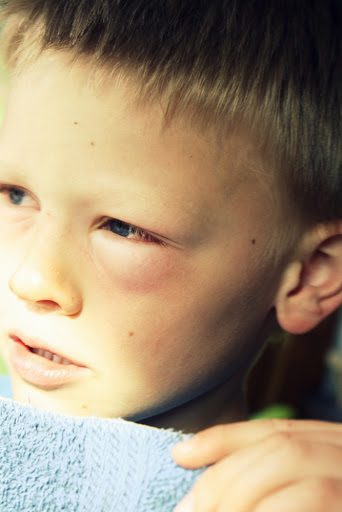 It’s still quite puffy, especially the part underneath the eye (which he likes to poke), but it’s slowly improving.

And yes, I’ll be calling the allergist in the morning.

Sweet dreams, y’all! May your night be free of protruding eyeball nightmares!