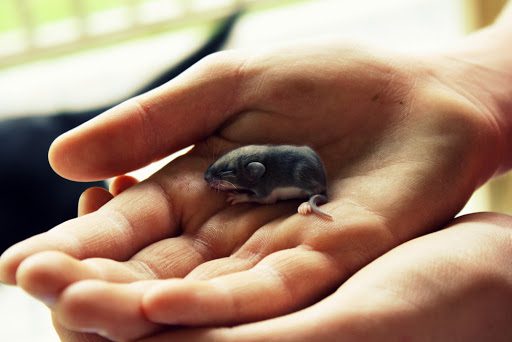 I was sitting on the living room sofa, happily absorbed in some good writing time, when my children materialized in front of me, bearing wriggling, squirming, breathing mice.

I hit the roof.

They slunk outside. I followed, equal parts curious, disturbed, and grossed out.

The dog discovered the nest, they said, and then they saved the mama and her babies from the dog. They had her in a bucket. She was wild-eyed and slightly chewed on, her babies still nursing away. 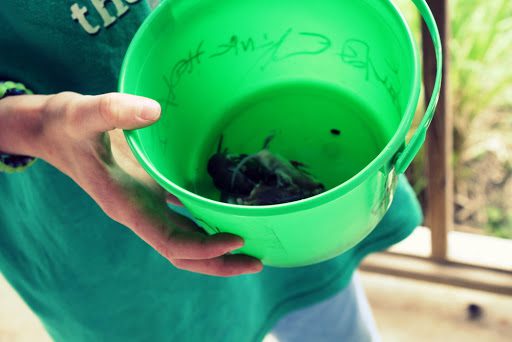 “Take her down in the field and feed her to the dog,” I ordered.

“But we want to take care of the babies, Mama!” the girls pleaded. The younger one was sobbing wildly. 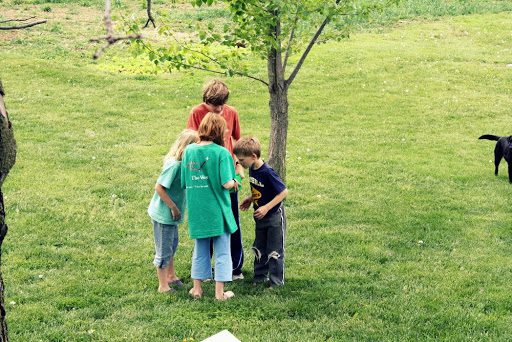 The kids took the bucket of babies and the mother out in the yard and held a conference. Then my older daughter took them out in the field. Relieved, I returned to my couch.

But all too soon, my daughter was back. With a handful of babies. “Please, Mama? Can we feed them?” 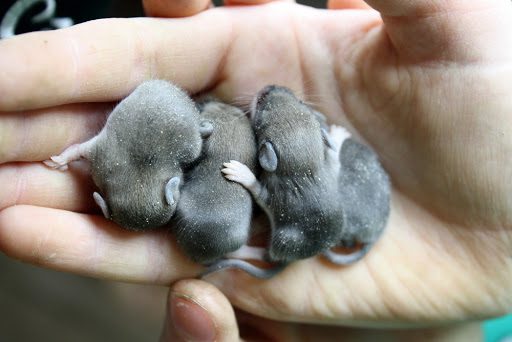 The mother was dead, but my younger son kept carting her around, refusing to chuck her. “Her babies need her milk!” he wailed.

Now I had three crying children. The idea of nursing babies and a dead mother—it was just too much for them. Especially for my littlest one who still remembers the safety and warmth of his breastfeeding days.

“Fine,” I said. “Get that dead mouse out of here and then go get a box. Here’s a medicine dropper and a cup of milk.” 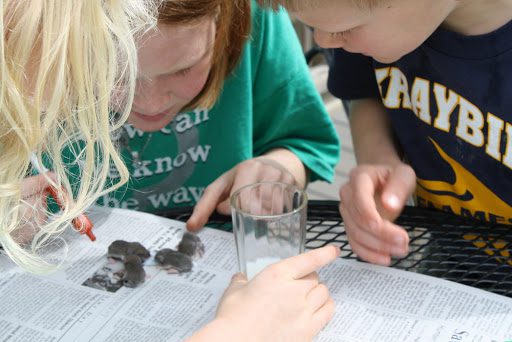 And that’s how our house came to be a mouse NICU unit. The kids salvaged the nest (the mama had stored all sorts of seeds, they reported). They fought all day long over who would get to hold which mouse when…to the point that I threatened to flush them (the mice, not the kids) down the toilet. 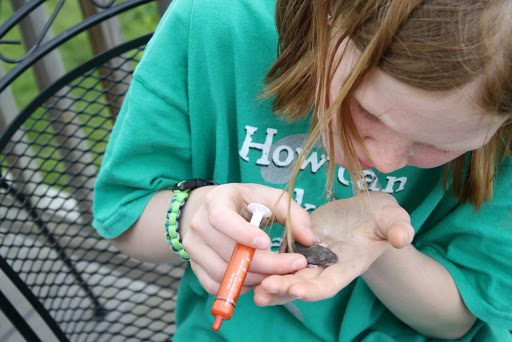 My daughter wanted to do research on how to care for baby mice. “If they’re alive in the morning,” her father (who was even more grossed out than I was) and I said. “And no, you may not get up to feed them in the middle of the night, either.”

They were alive in the morning, so, with my daughter breathing down my neck, I typed in “how to care for orphaned baby mice.” I read about formulas and sugar water solutions, stimulating the genitals so they could pee and poop, the signs of pneumonia, feeding methods, etc. She weighed the mice and calculated the amount of food they would each need. 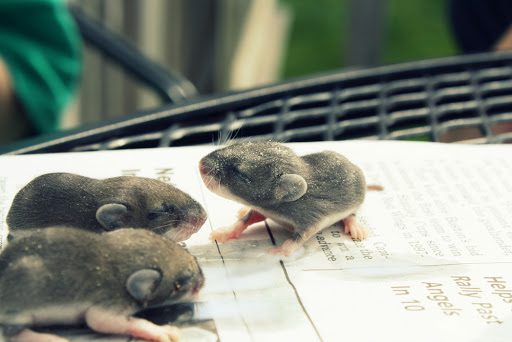 Three days out and the mice are still alive, though I think they’re weakening.

Considering my children’s fixation on raising these helpless baby rodents to adulthood, what happened Friday morning might strike some people as a tad bit ironic.

1. I saw a mouse streak across the back hall:
2. I screamed and yelled.
3. The kids all picked up shoes and ran to my rescue.
4. The children tore about the back hall in a frantic search for the scrabbling mouse.
5. They children threw shoes at the mouse and missed.
6. The mouse jumped into an empty backpack that my younger son was holding.
7. My son picked the bag up and shook it.
8. The mouse jumped out and ran straight for my feet (my shoe missed) and under the washing machine.
9. The mouse ran behind the toilet.
10. Et cetera. 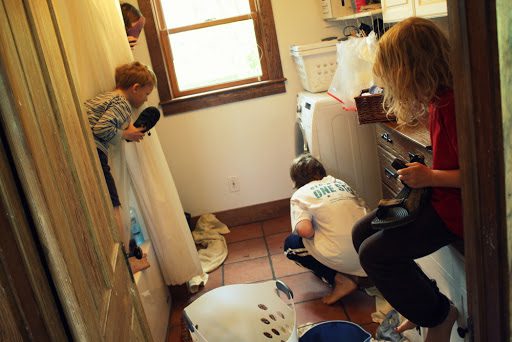 And on and on and on until the mouse ran out to the kitchen (and straight for my feet again, eeek!) and I chucked a shoe and maybe missed and the mouse ran/limped/stumbled under the stove. Where my husband found it, dead, that evening. So apparently I have better aim than I thought. Or maybe it was the backpack jitterbug that did it in. We’ll never know.

So my children tenderly care for baby rodents and hurl shoes at the grown ones.

No one said life has to make sense, right?