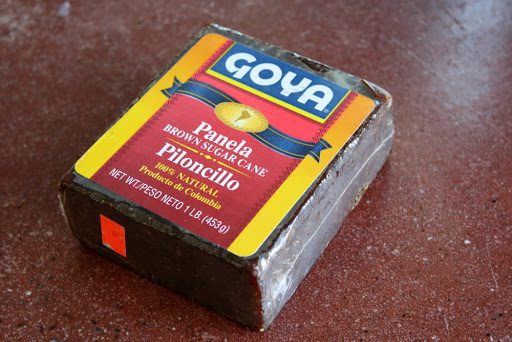 I’ve had this block of sugar sitting on my pantry shelf for six and a half years.

Before that, it was sitting in the pantry of our former house. In fact, I remember buying it from a little venta that was within walking distance from our house. I was wearing the blue Kelty baby carrier on my back when I perused the cramped store aisles, but I have no idea which kid was stuffed into it. Perhaps my now eight-year-old? Or was it my now ten-year-old? I really don’t know. In any case, the sugar is ancient. 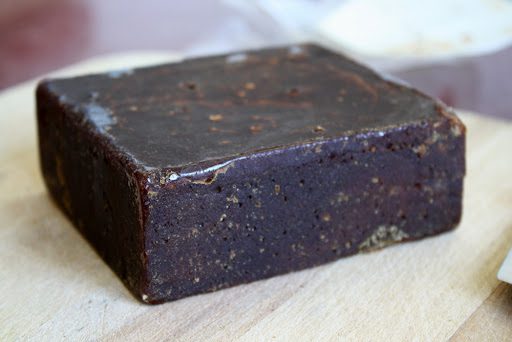 When we lived in Nicaragua, we had no brown sugar, just this sugar, which we called dulce. It has a musky, dark flavor that hints of molasses (though I hesitate to draw that comparison that since it’s much more mild than molasses).

The dulce was kind of a pain to use, however. It had to be shaved from the block with a knife, and then chopped into little pieces. (The chunky sugar didn’t fully incorporate into cookie dough, so we got used to cookies pockmarked with little craters of melted sugar, yum.) Once we returned to the States, I switched back to brown sugar and never looked back.

Except for that block of dulce, which I bought on a whim. 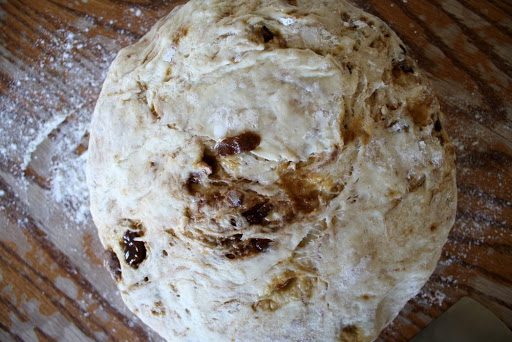 Then last week I chopped it up, tossed the chunks with cinnamon, and kneaded them into some bread dough. 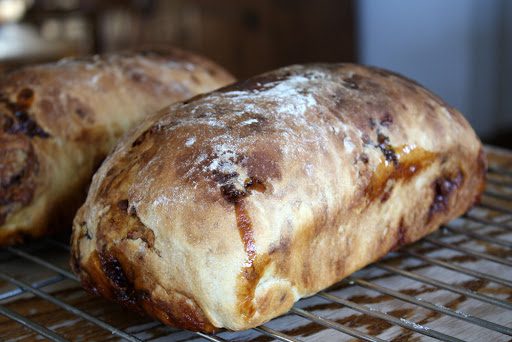 The bread looked homely but tasted marvelous—chewy and light, with pockets of molten sugar at every turn. 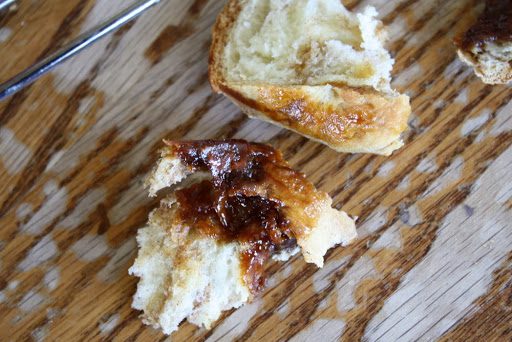 I ate (way too much of) it warm, spread with butter. Once it cooled, we took to toasting it, and then I turned the tail end of the second loaf into a baked French toast for our Saturday breakfast. 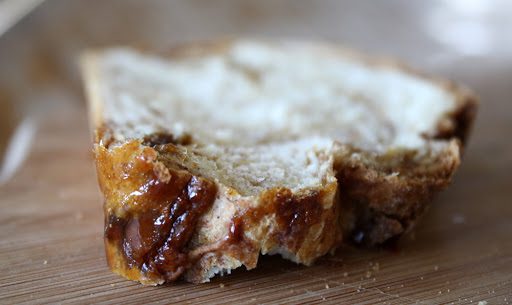 This bread would be good with raisins and orange zest, or with nuts or other spices. Drizzle an icing sugar glaze over top. Shape the dough into buns instead of loaves. The options are endless. And delicious. 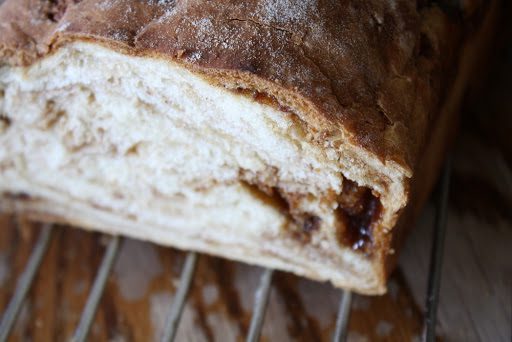 The original recipe called for sugar cubes (which brought back musty memories of the many times I snuck sugar cubes from the teachers’ lounge at the private elementary school where my father taught), but I found them tasteless and boring. The dulce was much more gratifying.

Toss together the dulce and cinnamon. Set aside.

Dissolve the yeast in the warm water.

Scald the milk and add the butter. Let cool a little.

In a large bowl, combine the milk with 2 cups of flour and the salt. Stir in the dissolved yeast. Add more flour until the dough is no longer sticky but still quite soft. Knead for a couple minutes until the dough is smooth. Knead in the dulce and cinnamon.

Cover the dough with a cloth and let rise until double.

Dive the dough in half, shape into loaves, and place in greased loaf pans. Let the bread rise for 30 minutes, until not quite double in size.

Bake at 400 degrees for 15 minutes. Reduce the heat to 350 degrees and bake for another 25-40 minutes. Remove the loaves from the pans immediately (before any oozing sugar causes them to stick fast) and cool on a wire rack.