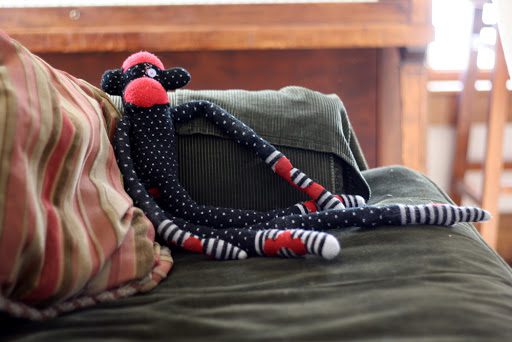 Recently, both a friend and a family member recommended I watch Forks Over Knives. The documentary is all the rage, I gather, but the premise—that a plant-based (i.e. vegan) diet is The Way—seemed a little off-kilter. So I read the reviews, talked about it to a few people, and added the movie to my queue. But before watching the movie (perhaps we’ll watch it tonight?), I Googled “criticism for Forks Over Knives.” Oh boy. Apparently I wasn’t the only one with questions. And then there was criticism for the criticism, but of course. It was a good old-fashioned food fight, but with data and pixels instead of spoons and mashed potatoes.

So I exchanged emails with family and friends, made more phone calls, and read more reviews. But when I sat down to write out my thoughts on the matter and how it is that I don’t jump on board all these health-food bandwagons—because how could I since there are about a million of them, and besides, I’d probably get a heart attack from all that jumping around—I realized that saying that made me sound like an ignorant fool because how dare I turn up my nose at healthy eating!

And then I tried to write again.

I’ve decided that what I have to say is stupid and pointless because Barbara Kingsolver has said it all already and I’m not nearly as eloquent as she is, but I’m getting a little bored with writing about bickering kids and yarn, so here goes.

Our society is up to its eyeballs in Dietary Rules of Law—Atkins! Raw! Local! South Beach! Zone! Low-calorie! Blood type! Macrobiotic! Organic! Fat-free! Whole Grain!—so that half the time we have no clue which way is up. I have a hunch that ours is a first-world problem, this figuring out what to eat. It’s a problem born of our over-abundance, endless opportunities, and an over-inflated sense of self-importance and control. And since we lack a connection to our food sources and can get away with ignoring the ebb and flow of the seasons, we resort to self-imposed food laws for parameters.

These laws come at us via books, movies, magazines, blogs, etc, all of which are full of pulpit-pounding experts eagerly trying to enlighten us as to how we’re slowing killing ourselves by eating—pick one—baked potatoes, butter, scrambled eggs, chocolate chip cookies, cooked spinach, raw milk, and without chopsticks.

I admit it stresses me out a little, because being told that I’M KILLING MYSELF WITH MY LUNCH is slightly stressful.

But back to this movie (which I haven’t seen yet so this is kind of ridiculous). I hear that these experts recommend a diet packed full with fresh vegetables. This sounds incredibly noble and good and right, but aren’t there other problems (i.e. fossil fuels) associated with shipping in out-of-season veggies and fruits? (But hey, with 70 degree temps in February, we may soon be able to grow kale year round!) Nothing stands in isolation—there are so many factors to take into consideration when discussing health and well-being. And eating a certain way to solve all our problems has problems of its own.

I know for a fact that I don’t have all the answers, and I have a hunch that no one else does either. (On both accounts, I’m sorry.) There are as many ways to eat as there are to raise kids as there are to grow food as there are to become educated as there are to make art, etc. and thank goodness. This fabulous variety is what makes the world beautiful and scary and exhilarating.

And this is the reason I’m hesitant to jump on bandwagons (except for ones I build myself).

Now, if you’ll excuse me, I have a movie I need to watch.