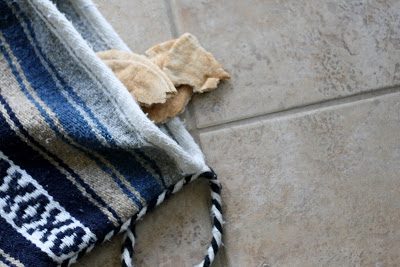 It’s blustery and cold, but I’m sitting on the floor in front of the fire, warmed from top to bottom and inside and out by:

1. Coffee
2. Chocolate
3. A nap
4. The fire
5. My fuzzy blue hoodie
6. A quiet house because my husband just left to do The Kid Shuffle—dropping off kids that are not ours and picking up the ones that are, the end result of which will be our whole family, back home, for a movie and popcorn, and maybe some Hamlet, too.
7. The release and relief that comes from completing my obligations. Which, in this case, were:

a. church (I managed to wear matching boots!)
b. a potluck (I referred to my list and it was a headache free event, yay!)
c. a drama (my life is a drama, yes, but this was a staged drama)

Our church’s worship committee sent out a group email to some of us asking if we’d be willing to do some Biblical storytelling (which is a fancy way of saying telling the story instead of reading it). I was studying the email one morning, debating whether or not I wanted to go through the ordeal of getting up in front of the church and attempting to not embarrass myself, when I became aware that two boys, my son and his friend, were sitting at the table behind me slurping up their breakfast cereal. “Hey boys,” I said. “How would you like to do a drama for church some Sunday?”

“Yeah!” they shouted, fearless boy creatures that they are.

And so one afternoon during rest time I read through a couple different versions of the plagues and jotted down a sketch. The first time I read it through with my son, his whole face lit up. “You wrote this?” he said. “Wow! You’re good!”

His amazement startled me—it was just a rough little sketch, nothing fancy about it. But then I realized that he was seeing and understanding, perhaps for the first time, the act of composing, up close and personal. He’s read and listened to lots of stories, and he’s seen me type for hours at the computer, but never before (really? can this be true?) has he seen a story dreamed up, jotted down, and then brought to life with voices and facial expressions and movement—a story just for him and his friend. It was a light bulb moment for him. (That he thought I was endowed with magical powers just made it that much better.)

On the car ride to church this morning, just the two of us because we had to get there an hour early for another practice, I asked him if he was nervous.

“Not really,” he said. “I’m just excited. I wish I could do this every Sunday!” Seriously? Whose child was this? My husband has not one drop of actor blood in him, and I was up since five this morning, mulling over all the bad grammar and storyline inconsistencies and trying to dream up more ways to bring the sketch to life. How in the world did a child of mine escape the stage fright curse?

The boys pulled the drama off without a hitch. (There were a few cases of word garblage, but I don’t count those as “hitches.” They are 11-year-old boys, after all.) The mics worked, neither of them choked on the pita they were chewing, and they didn’t get a wild case of the giggles or mess up the order of the plagues. Oh, and neither of them fell down. So that was good.

cleaning up the props—the shoulder bag my son wore, and a bunch of stale pita

Now the little adventure is over and I can bask in the stress-free calm. In fact, the feeling of relief and relaxation is so deep and marvelous that I think it might be worth it to stress myself out just so I can have this peaceful little Sunday afternoon buzz I’m tripping out on.