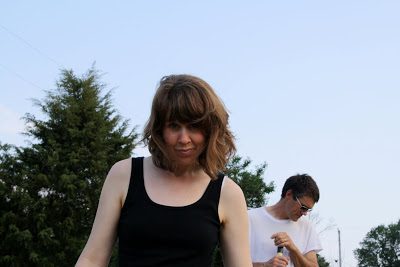 This is what my seven-year-old daughter sees when she looks at me.

Or at least it’s what she sees when I’m in a good mood because it’s a hot and sunny Sunday afternoon and I just finished planting the corn and am ready to start in on the beans and I’m feeling nice and benevolent which is illustrated by the fact that I let her hold the camera in the first place.

If I was grumpy, I wouldn’t be smiling, because I am not one of those mamas that smiles while grumpy. I totally got skipped when the DNA dude was handing out the hide-your-feelings gene.

Right before Sweetsie took the picture we had agreed that she could take one more picture. (She had already taken a picture of her sister sticking her tongue out at her [which, come to think of it, is probably a pretty accurate portrayal of what her sister looks like to her—tongue out, roll-y eyes, the works] and a picture of her papa leaning on a hoe.)

So she snapped that picture of me, but then she kept snapping, little bugger, and I had to move in to stop the clicking frenzy.

She immediately chopped off the top of my head. 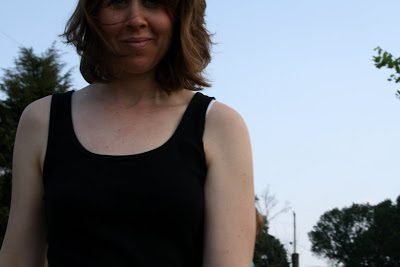 And then she started giggling hysterically and badly blurred me. 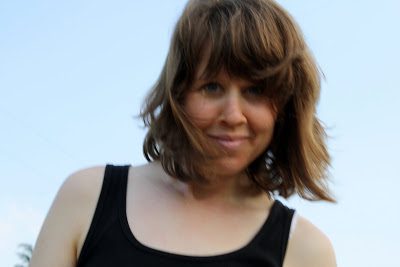 Quick as a wink, she did it again. 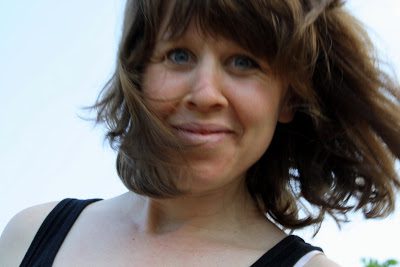 And then I laid hands on the camera and rescued my image from further tainting.

I learned something though. I learned that my kids can take half decent pictures (when they’re not giggling) and that it’s kind of fun to see life on their level. I may have to try it again sometime.

But only when I’m in a good mood, of course.