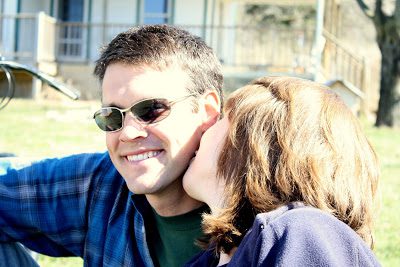 It took two tries to get to church this morning.

The first time around was an utter disaster.

Without getting into all the details, let’s just say that one of the two adults in the house busted her buns to prepare the food for the potluck and get everyone out the door while the other adult slept in and then READ A MAGAZINE while he ate his cereal. By the time everyone was buckled into car seats and the van had its nose pointed towards the road, we had five minutes for the twenty minute drive to church. Emotions skyrocketed, the car lurched back into home position, and the two adults (yes, that would be me and my Honey Love) stormed into the house to duke it out, after which I split for the bedroom, kicked off my shoes, and stuck my nose in a book.

A little later, my husband slunk his sorry self into my chambers, his hands poking up on either side of his hanging head like antlers.

“What are you, a dear?” I asked scornfully.

He ducked his head lower and waved his hands.

He dropped to all fours and waved his hands harder.

Then he brayed “Hee-haw,” and Sweetsie, who was rolling around on the bed, yelled, “A donkey!”

“Yeah,” I said, unable to keep a straight face, “one dumb donkey, that’s for sure.”

Half an hour later, we all walked out to the car and buckled up for the second time that morning. It went so smoothly that even the kids commented how nice it was.

As he drove down the road, my husband assumed his dumb donkey position. “Hey kids! What am I?”

“An ass!” her older brother shouted.