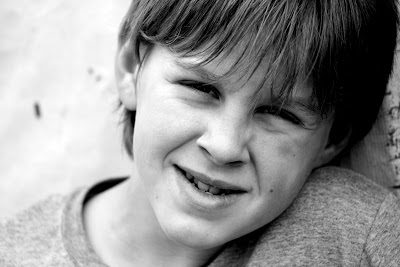 “Mom, what’s that huge store that you went to that has cars in the middle?”

“You know, it’s really big and there’s all these stores?”

“Yeah, a mall! I think we should go to a mall sometime.”

Does my son really not know what a mall it? Really? I’m semi-stunned.

Think what kind of culture shock he’s going to experience when he and his friends go to the mall to hang out. 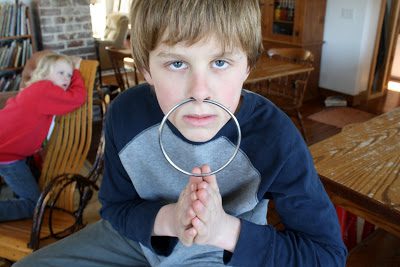 Actually, I think he’ll have a blast. He’ll go berserk. He’ll probably hijack one of the security guard’s golf carts and take it on a zigzag joy ride through the hat kiosks.

Another recent conversation: we were driving through town and he said, “It makes me feel kind of sad.”

“That people buy their playhouses because they don’t know how to build them.”

“Yes well, not everyone knows how to build things.”

“Yeah, nobody knows how to do anything anymore.”

This conversation made me want to:

a. laugh—an 11-year-old sagely mourning a day and age he never knew
b. chortle—he appreciates our more hands-on lifestyle, yippee!
c. deliver a lecture—Let’s look at the big picture, sonny. Some of those playhouse-buying people can do things you’ll NEVER be able to do. Everybody has different gifts, so don’t look down your nose just cause you know something that someone else doesn’t. 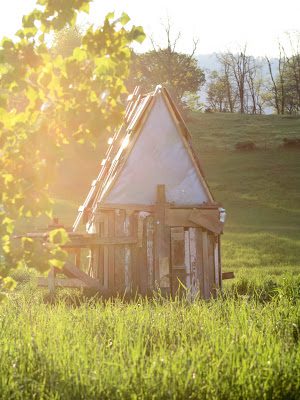 I did none of those things. Instead, I kept my eyes on the road and just mm-hmmed.

As of late, he’s been getting a bunch of orders through his etsy shop. 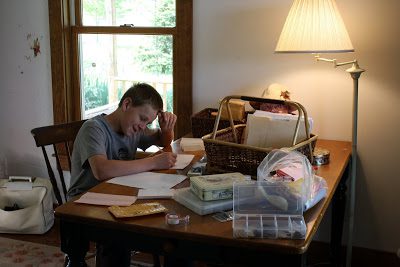 “A bunch” is a relative term, of course. What I mean when I say “a bunch” is that it’s been keeping us busy. We’ve been spending whole mornings, and sometimes afternoons, making jewelry, book-keeping, emailing, and packaging up the items. 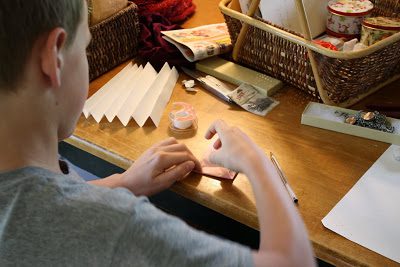 He’s doing more and more of the work himself—not only is he smashing the coins, but he’s coming up with new ideas, filing the coins, crafting the jewelry, addressing the envelopes, communicating with consignment shop owners (two have taken his jewelry), etc. He’s enjoying himself, too. He thrives when he’s king of his mountain—the more we become like equal partners (and less like bossy mom and recalcitrant son), the happier he is (and I am). 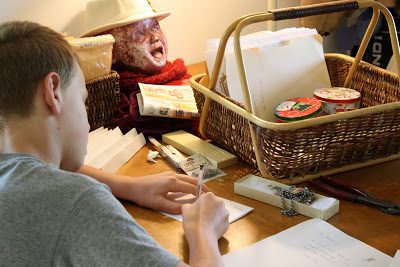 Over the last few months he has been gradually learning about good business etiquette and acclimating to my exacting standards. No longer does he argue (so much) when I tell him his handwriting isn’t neat enough or that a coin isn’t smashed properly. (Yes, I have standards for how we wreck things.) 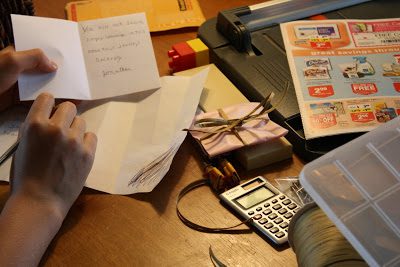 For awhile there it was like pulling teeth (and it still is some days). It got so bad that I made him memorize Thomas Edison’s quote, “Opportunity is missed by most people because it is dressed in overalls and looks like work,” and recite it to me multiple times every day. Now if he starts lagging, I just holler, “Opportunity, boy! Opportunity!”

The other day while I was photographing some custom-ordered necklaces, my son hauled down the baby head statue (an art project of my brother’s, modeled on [after?] Yo-Yo’s toddler head) and thunked it on the table. He and his sister adorned it with the jewelry and ordered me to photograph it. 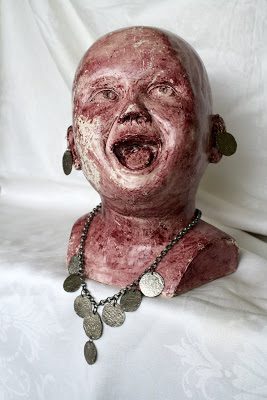 “There is no way I’m putting these pictures in the shop,” I said. “We’d probably lose customers with a head like this.” 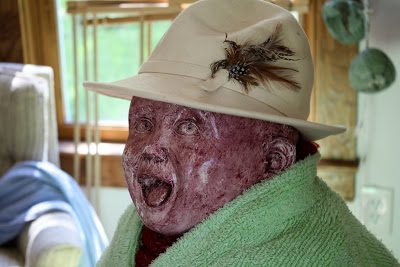 Then they mounted the head on a stool and dressed it. 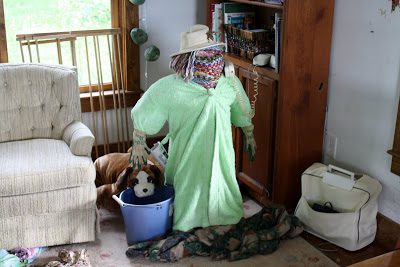 And even later I walked into the room and found it talking on the phone, a newspaper in its pocket and a puppy dog trailing behind.

This same time, years previous: roasted rhubarb, I have nothing to say (ha!), pounding the pulpit