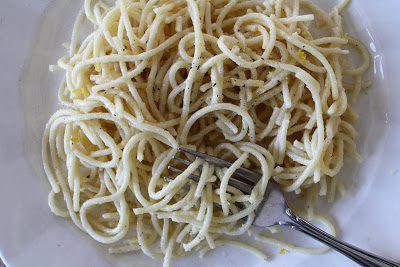 I have had no new recipes for you lately. For this, I am sorry. I have tried a few recipes, but they’ve been mediocre to miserable. There was this flourless chocolate cake which turned out dry and crumbly, and this red popcorn which turned out dry and crumbly. (Julie! Julie! Wherefore art thou, my Julie of the stellar ribs and tangy sour cream ice cream? I miss you!)

I made a lemon pasta, too. It was good, fine and tasty, but it was just what it was, a lemon pasta. Nothing earth shattering, so I’m not going to bother you with the details (mostly just cream and lemon, for the curious).

The Baby Nickel turned five. He informs everyone of his new age, and I overheard him announce that now that he’s five, the other kids can kick him and it doesn’t hurt anymore. 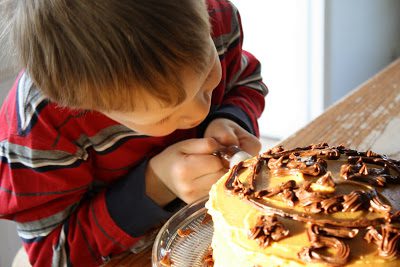 He iced his own cake, a banana cake with caramel frosting and some chocolate butter cream to decorate it with (all his choices, not mine). The decorating tube was too bulky for him to wield efficiently, so he resorted to his good old phalanges. 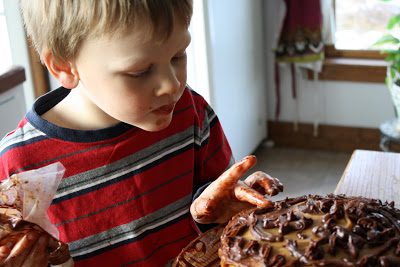 Of course, they had to get licked clean every few seconds. So basically, it was a spit-icing cake. 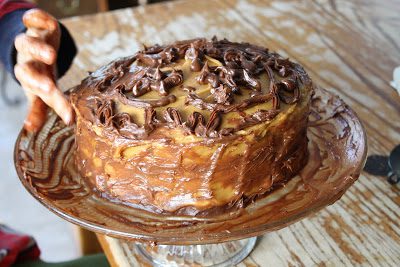 Yes, you may gag. It was totally disgusting. But you know what? It was his birthday and I never let him play with food with such complete and utter abandonment and he had a blast, germs be damned. (But rest assured, nobody outside of our immediate family got served any of the birthday cake.)

The kids built a block tower and then I let them take my camera upstairs and photograph it, unsupervised. 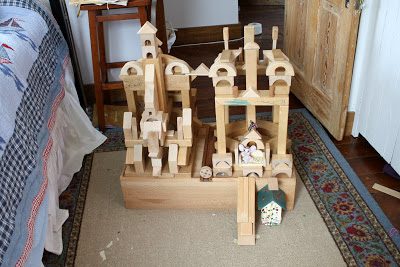 Trusting them with my camera is what I call “living on the edge.”

A phantom mouse has been living in our kitchen stove. Every night we’d hear it scritch-scratching and I’d whip off my slipper and tip-toe over to stand by the stove, slipper-wielding arm raised high, and though the mouse would scritch and scratch, he never poked his head up. But then one night when my sister-in-law was babysitting the kids, she actually saw the mouse, so we knew it was for real.

And occasionally, the stove still reeked of mouse urine whenever I’d bake. 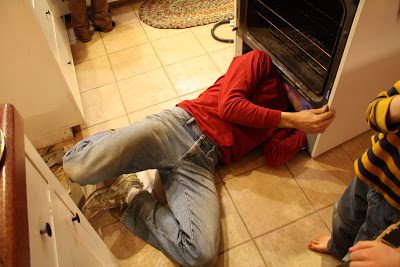 One evening (when I was at my belly dance class), my husband finally had enough. He yanked the oven out from the wall and proceeded to take it apart. This was no small feat as the oven was welded together in all the wrong places. At one point, he started banging on the stove and yelling at the phantom mouse to get out of there NOW. The kids joined in. The noise was deafening. 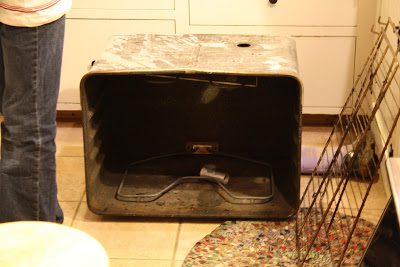 The mouse never did show itself, and eventually my kitchen was littered with stove parts—the oven box sitting on the floor, the turd-riddled insulation carefully carried outside and stomped upon (nothing crunched). It was a mess. 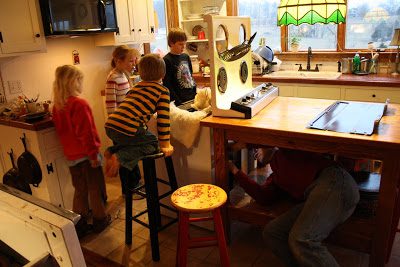 I left the house again (a knitting lesson, this time) and when I came home, the stove was back in place, plus it had been mightily improved with a thorough scrub-down, new burner liners, and a working oven light.

But today, while working some math problems with my son, I thought I heard a faint scritch-scritch-scratching…

A couple weeks ago when the oldest two kids were not at home, I let the youngest two trash my kitchen. 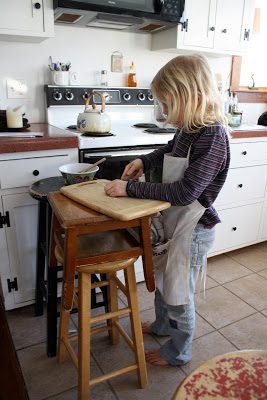 They cooked up a feast with ice cubes, butter, leaves, dirt, and salt and pepper. 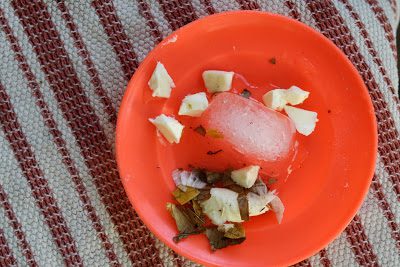 They used all the shoes in the back hall to make a fort out of the kitchen table. 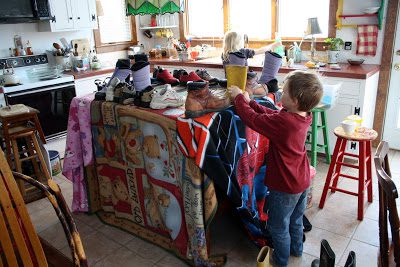 This same time, years previous: foods I never told you about, part two