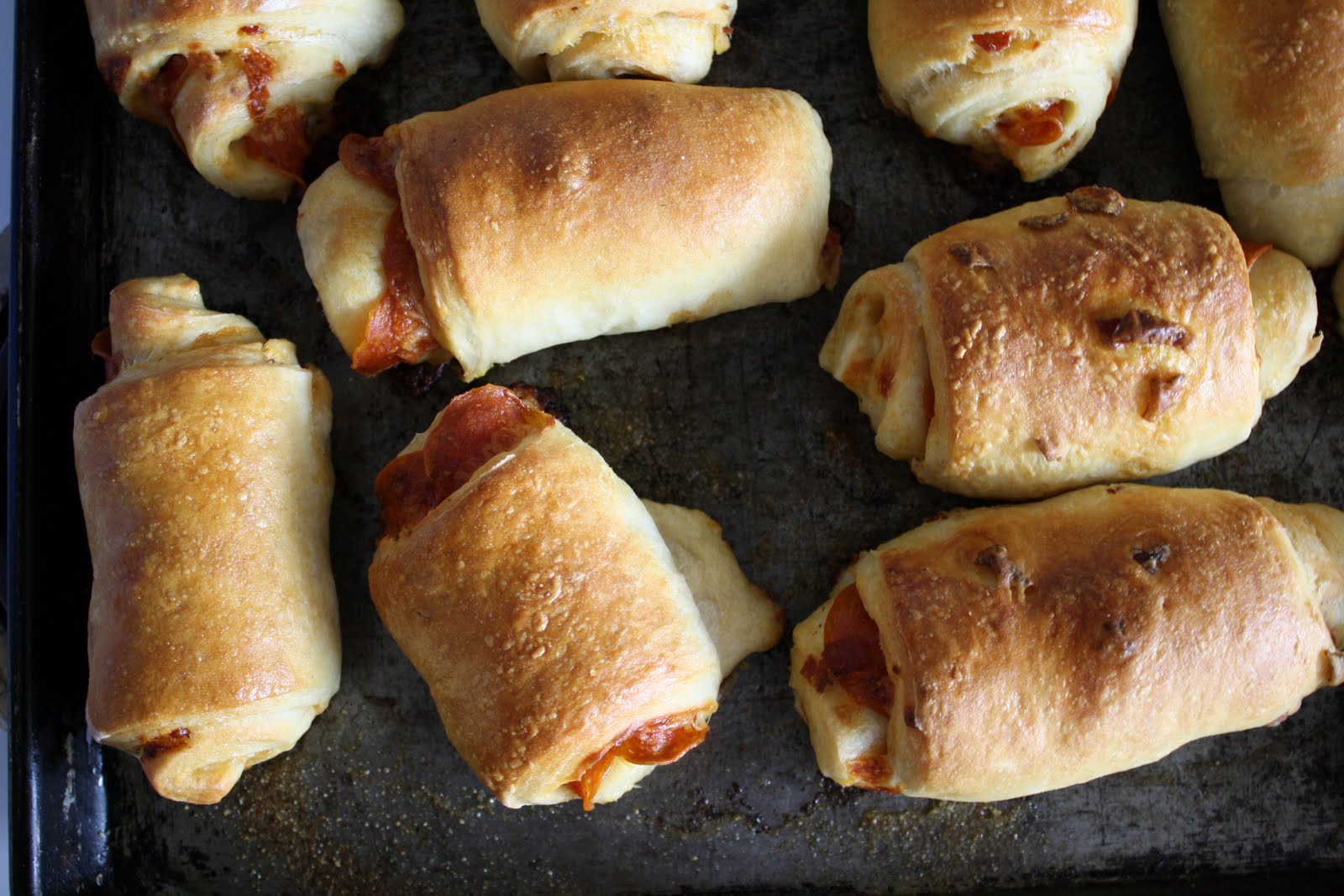 So, like I said, I made pepperoni rolls for Mr. Handsome’s birthday present. They looked and smelled so delicious that the kids commenced a-wailing when I bagged the rolls up and shoved them in the freezer with nary a crumb tossed in their direction.

But a couple days later, after snitching one from the freezer (and tossing a couple crumbs to the kids while I scarfed down the majority), I decided they (the rolls, not the kids, or as well as the kids but let’s not get into that right now) had lots of room for improvement.

Improvement #3: some Parmesan in the bread dough.

Improvement #4: remove the plastic casing from the pepperoni slices. Nobody likes to floss while chewing dinner.

So I made pepperoni rolls all over again, and this time, thank goodness, I got it right.

Boy oh boy, did I ever get it right. 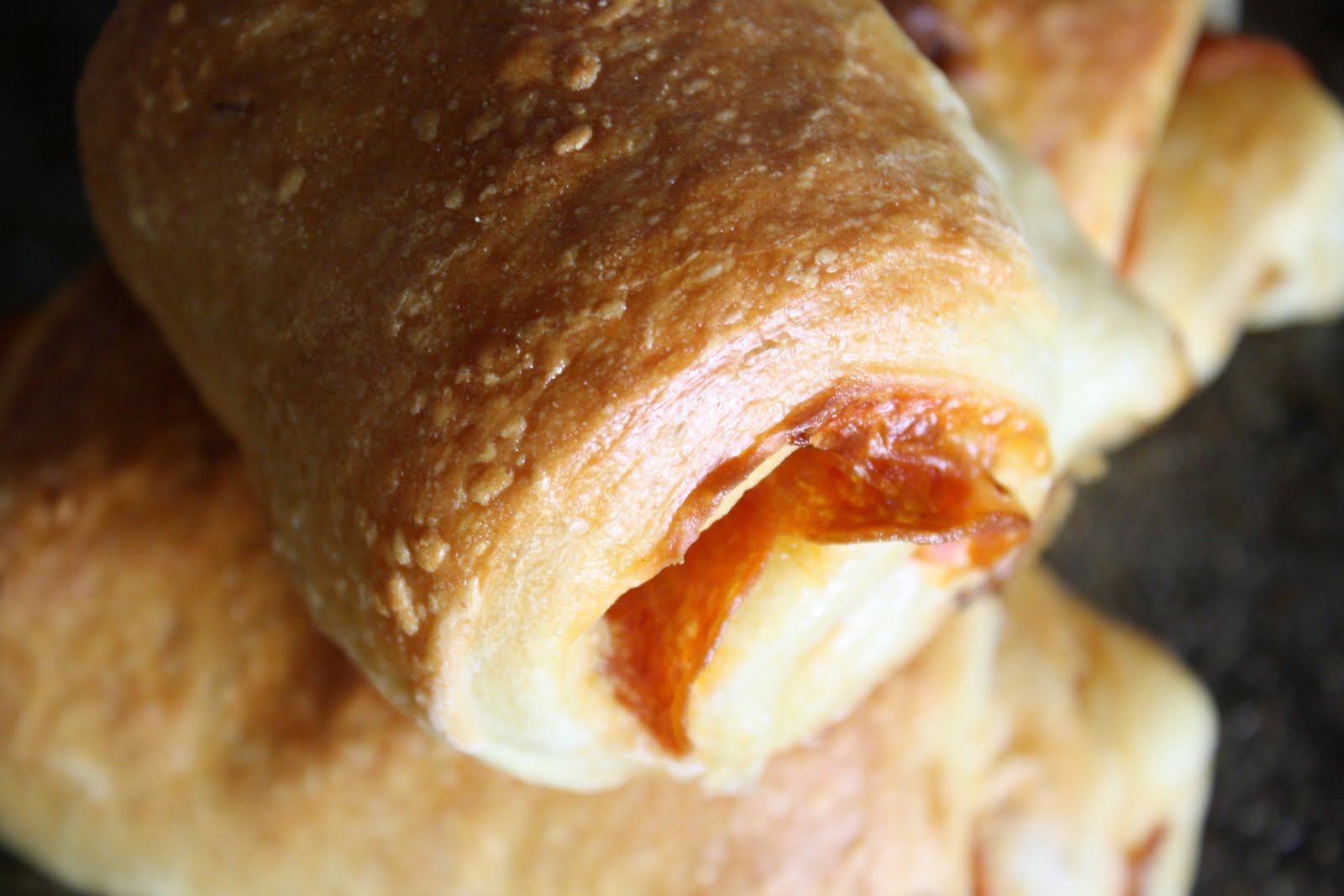 I first got the idea for pepperoni rolls from Larisa. Up until July of this year I did not know Larisa existed, but then I mentioned to someone that I was hoping to buy Miss Beccaboo some horseback riding lessons for her birthday and that person said, “Oh, you ought to talk to Larisa.”

So I did. And Larisa, a college student and horse back riding expert, agreed. 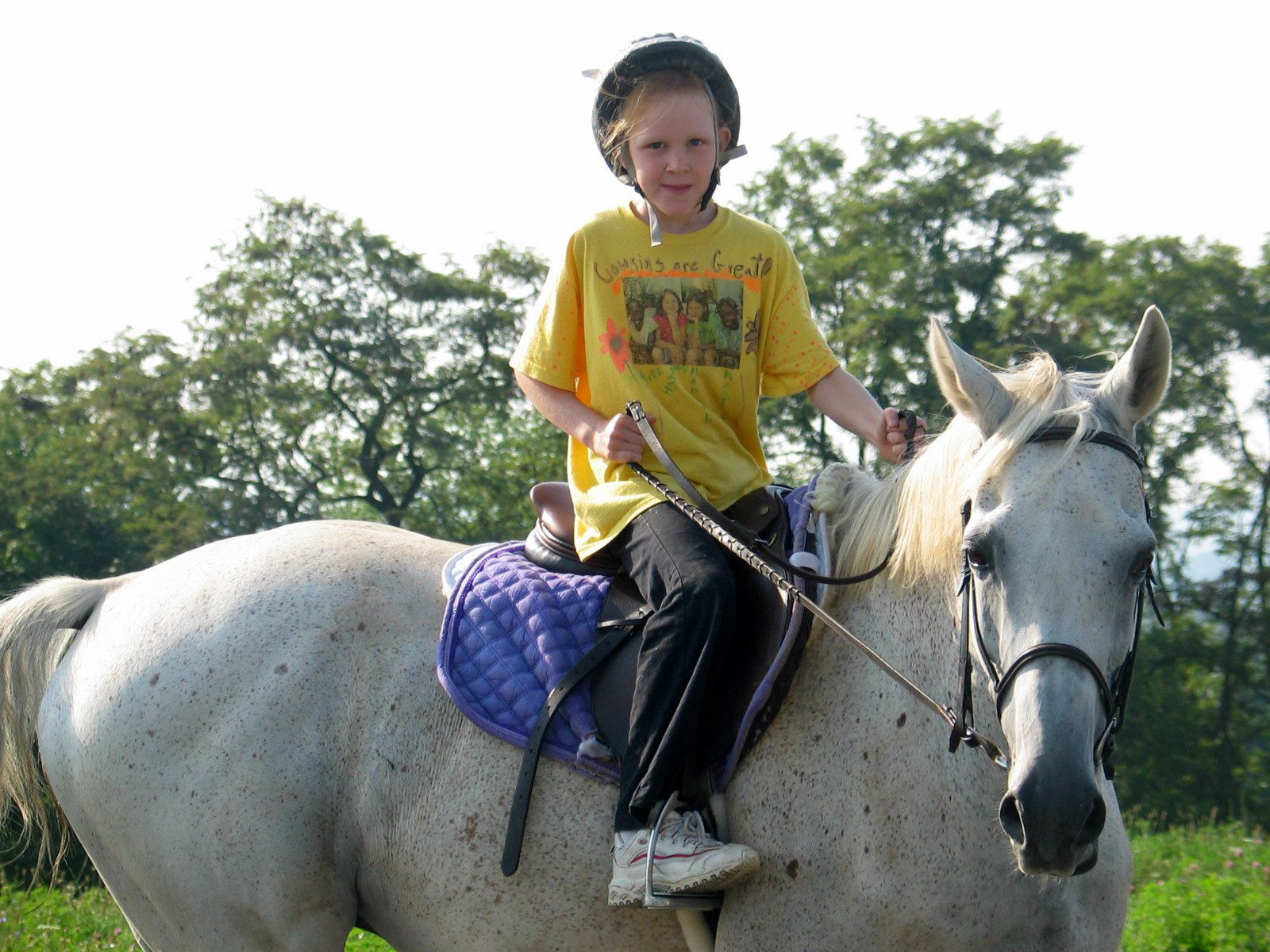 For six Saturday mornings she instructed Miss Beccaboo in the art of all things horsey. 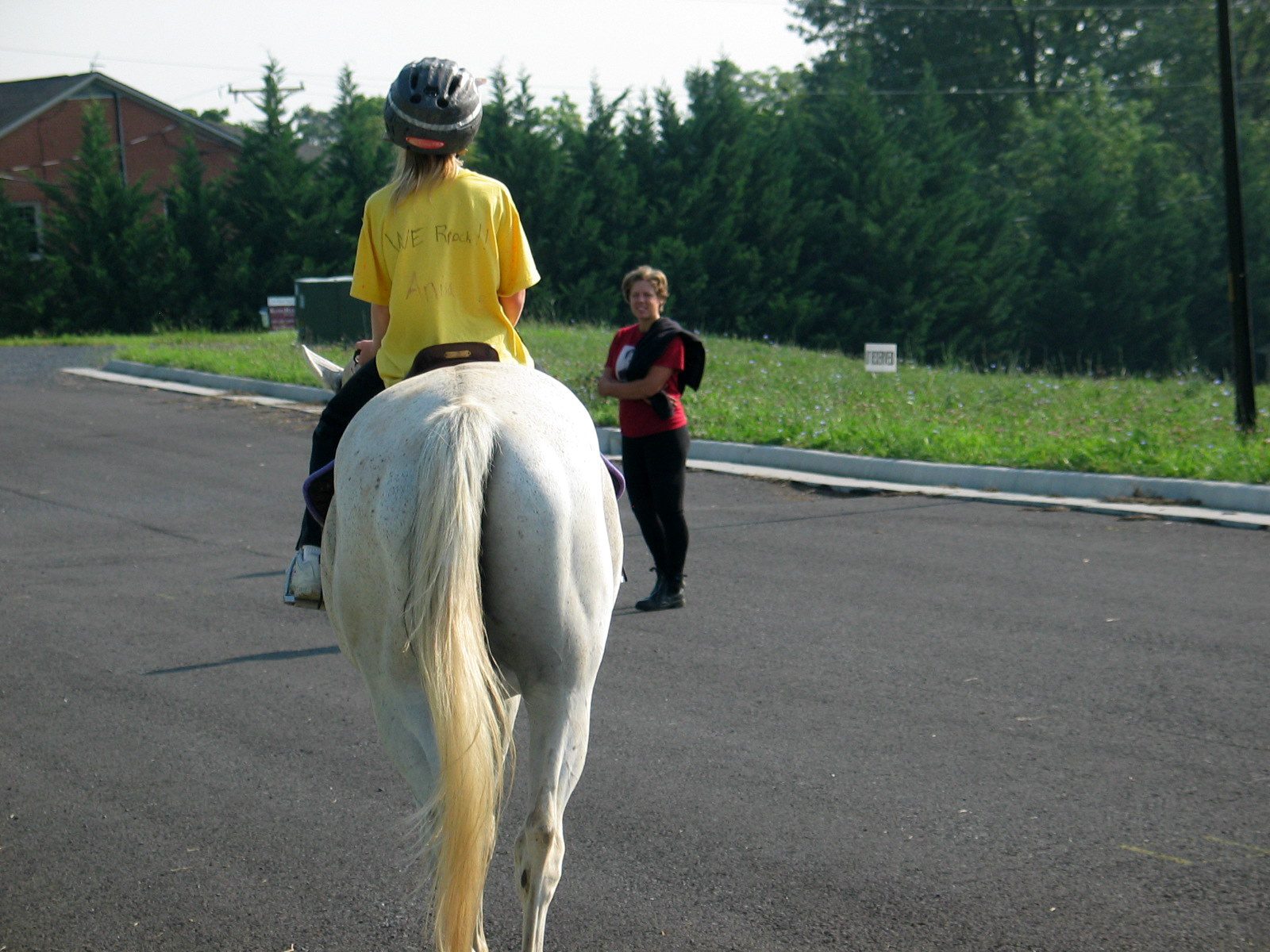 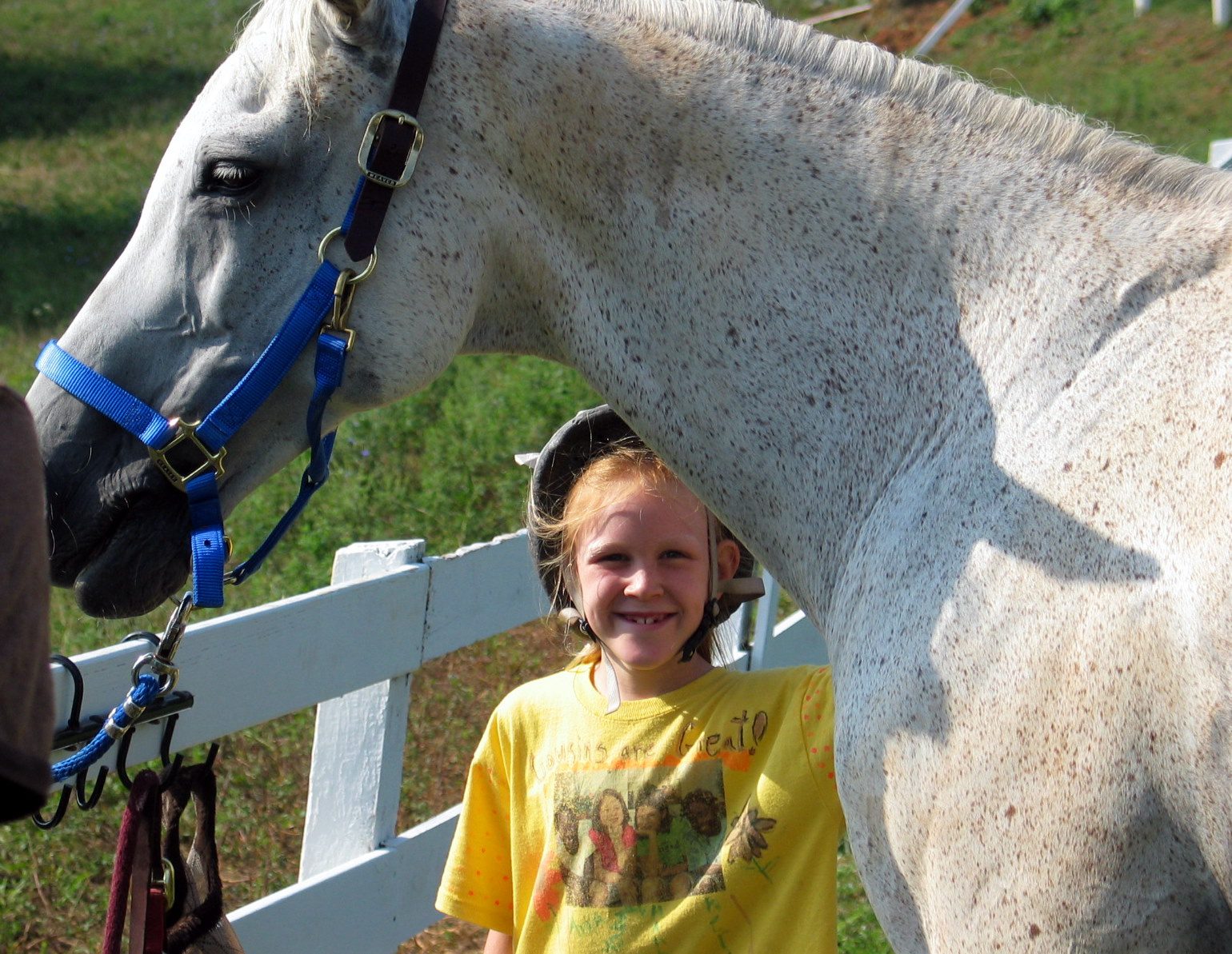 And then it came time to pay up. Larisa and I had talked about compensation in the very beginning but she had yet to decide between bartering and moolah, straight up. So at the last lesson when I walked up to her with my checkbook, Larisa said, “Um, I was thinking that I might like some cooking lessons from you.” And so it came to be that Wednesdays found the two of us flitting about my kitchen, cooking, talking, tripping over kids, and washing dishes. 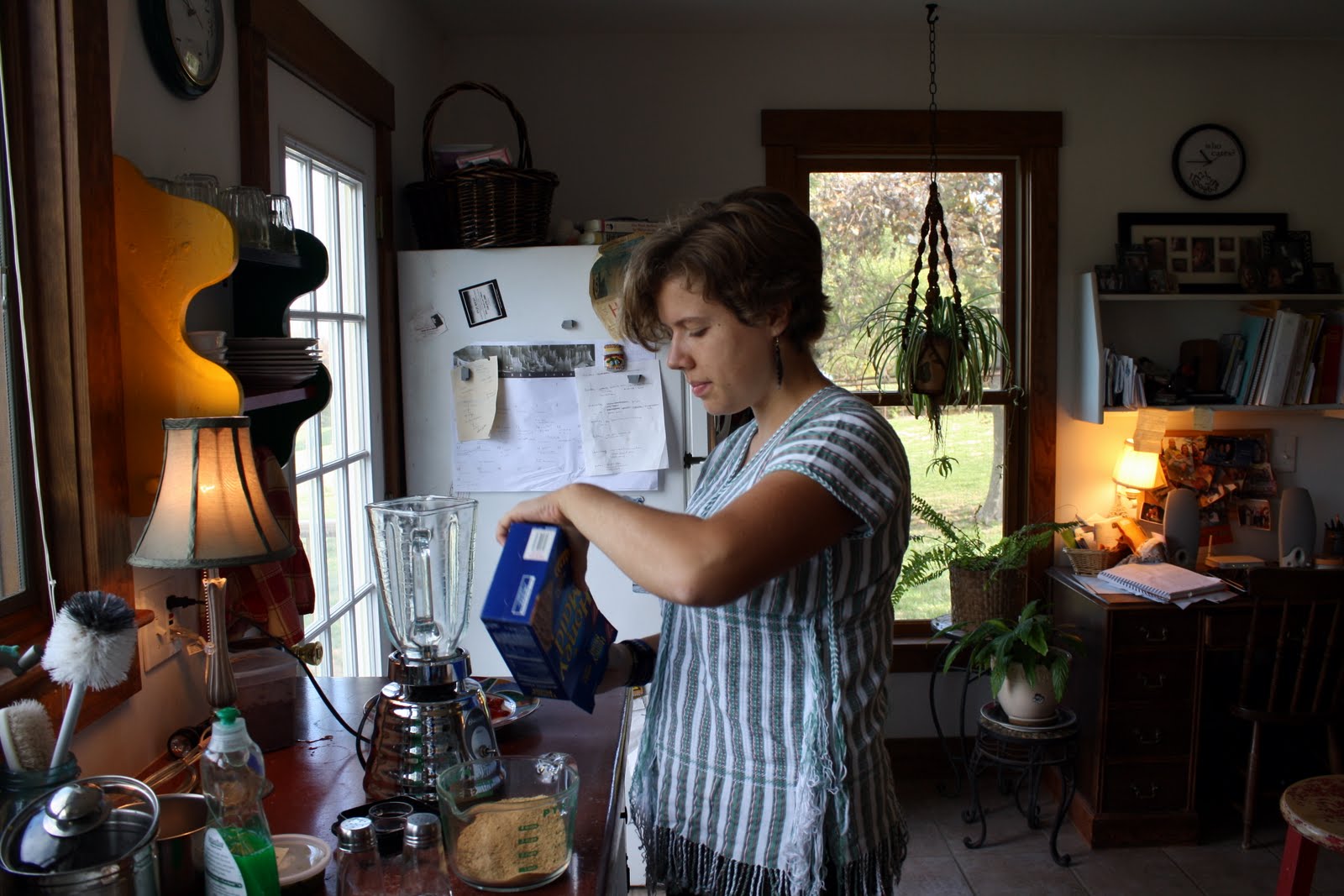 Foods we (she) made:

I taught Larisa all those foods (she already knew quite a bit about cooking) and she, in turn, reminded me of pepperoni rolls. It was just a passing comment she made in one of our many conversations, something about a shop in Pittsburgh that causes her to drop her vegetarian habits every time she goes there just so she can feast on pepperoni heaven, but it planted the birthday gift nugget in my brain.

Wait! That means YOU probably don’t know what I’m rattling on and on about. How rude of me.

Allow me to fill you in on the delicious details. It would be such an honor.

First, a definition. A pepperoni roll is simply: pepperoni-and-cheese-infused bread wrapped around more cheese and lots of pepperoni and baked. The rolls can be made small and served as an accompaniment to dinner, or they can be made large and eaten in place of a sandwich, or as a hearty snack.

So now that you know what I’m talking about, let’s break it down with a few pictures and some simple instructions. With me playing maestra, you will master the art of the noble pepperoni roll in two shakes of a rat’s tail. 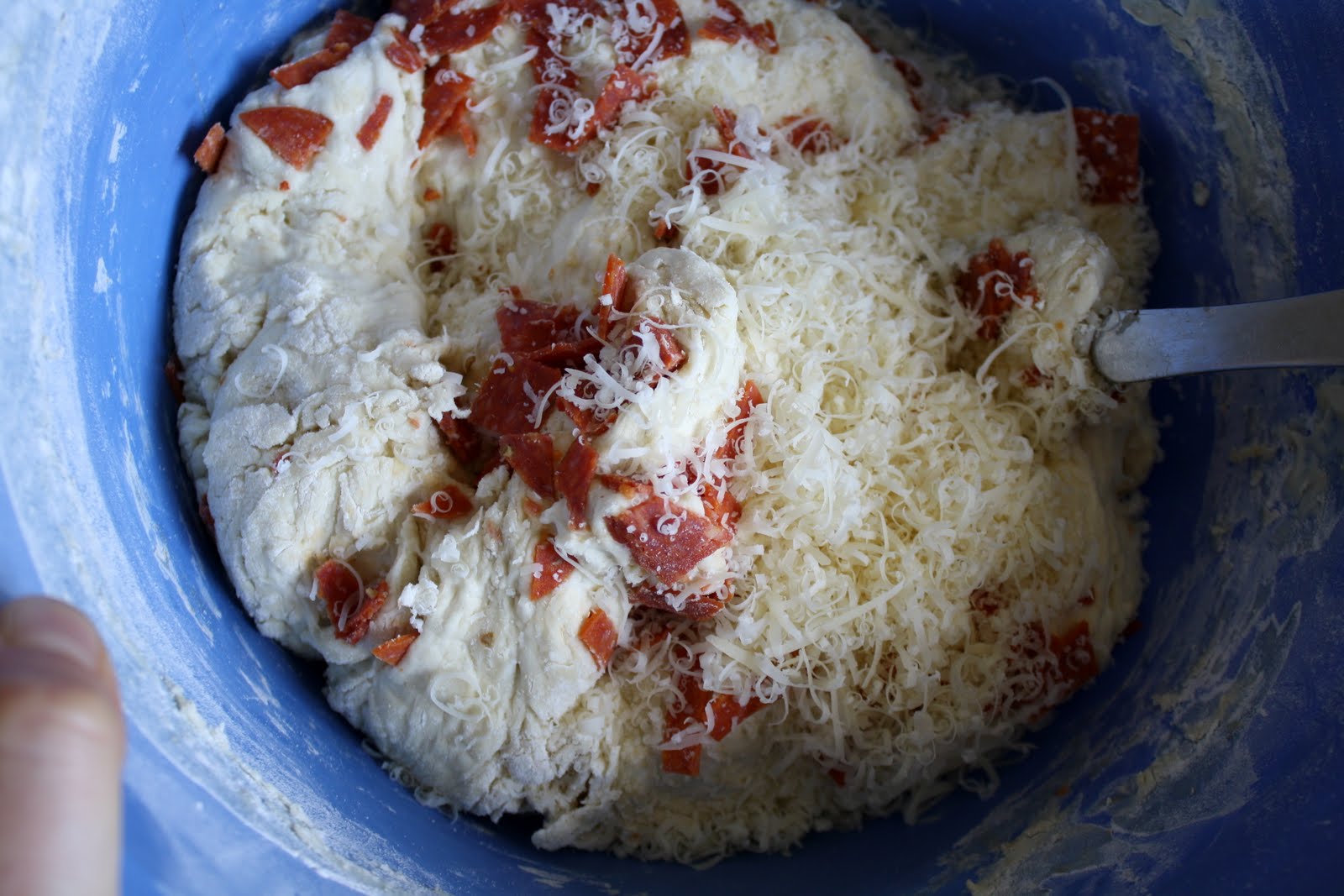 To your favorite pizza-like bread dough, add some Parmesan cheese and chopped pepperoni. It’s important that the rolls don’t just hint at pepperoni—that’s boring. No, the rolls must SCREAM PEPPERONI AT THE TOP OF THEIR VOICES. 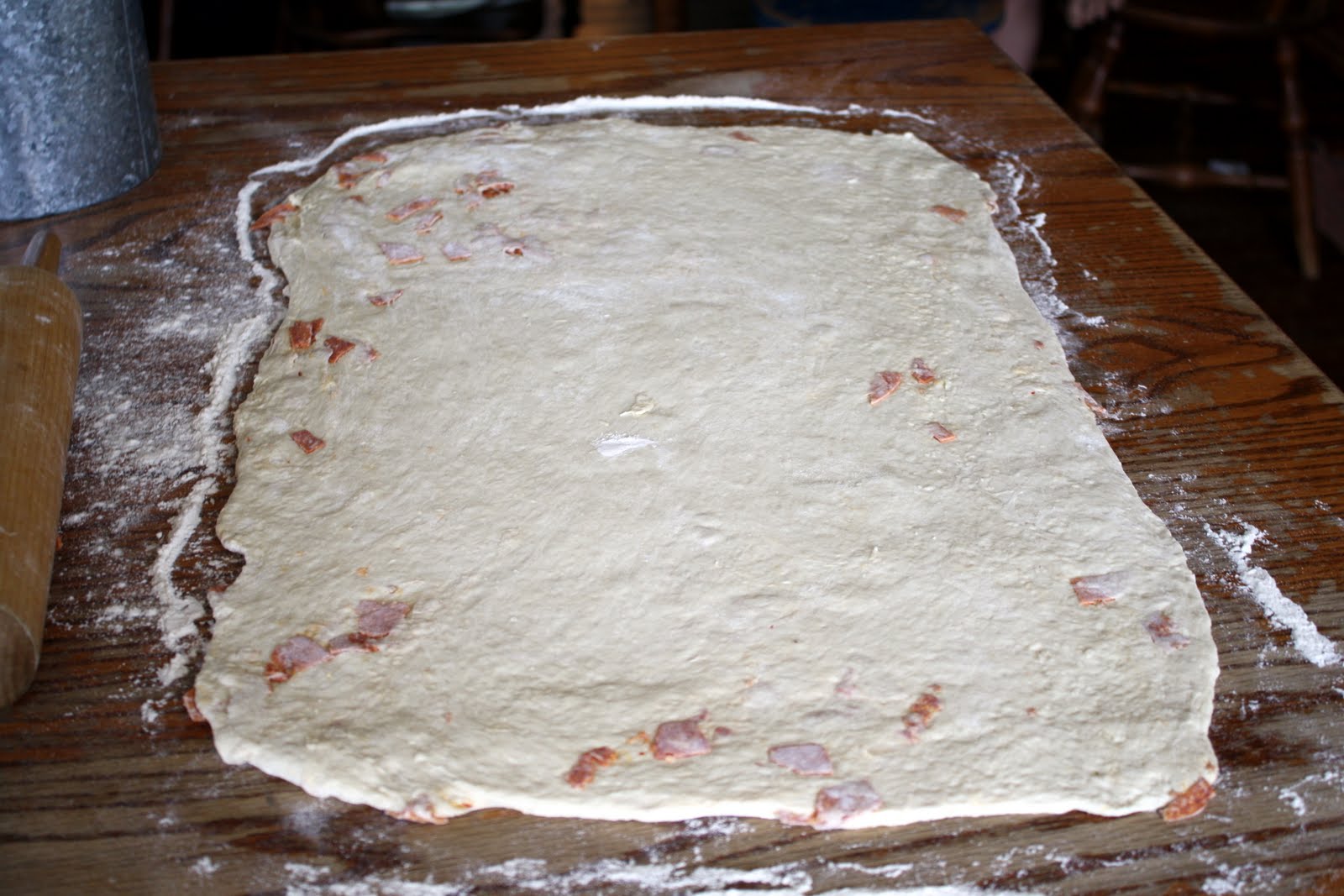 Roll the dough out into a large rectangle, about a quarter inch thick. (Mr. Handsome will take one look at that picture and say indignantly, That’s not a quarter-inch thick! Geesh! That’s five-sixteenths! Don’t you know anything?) 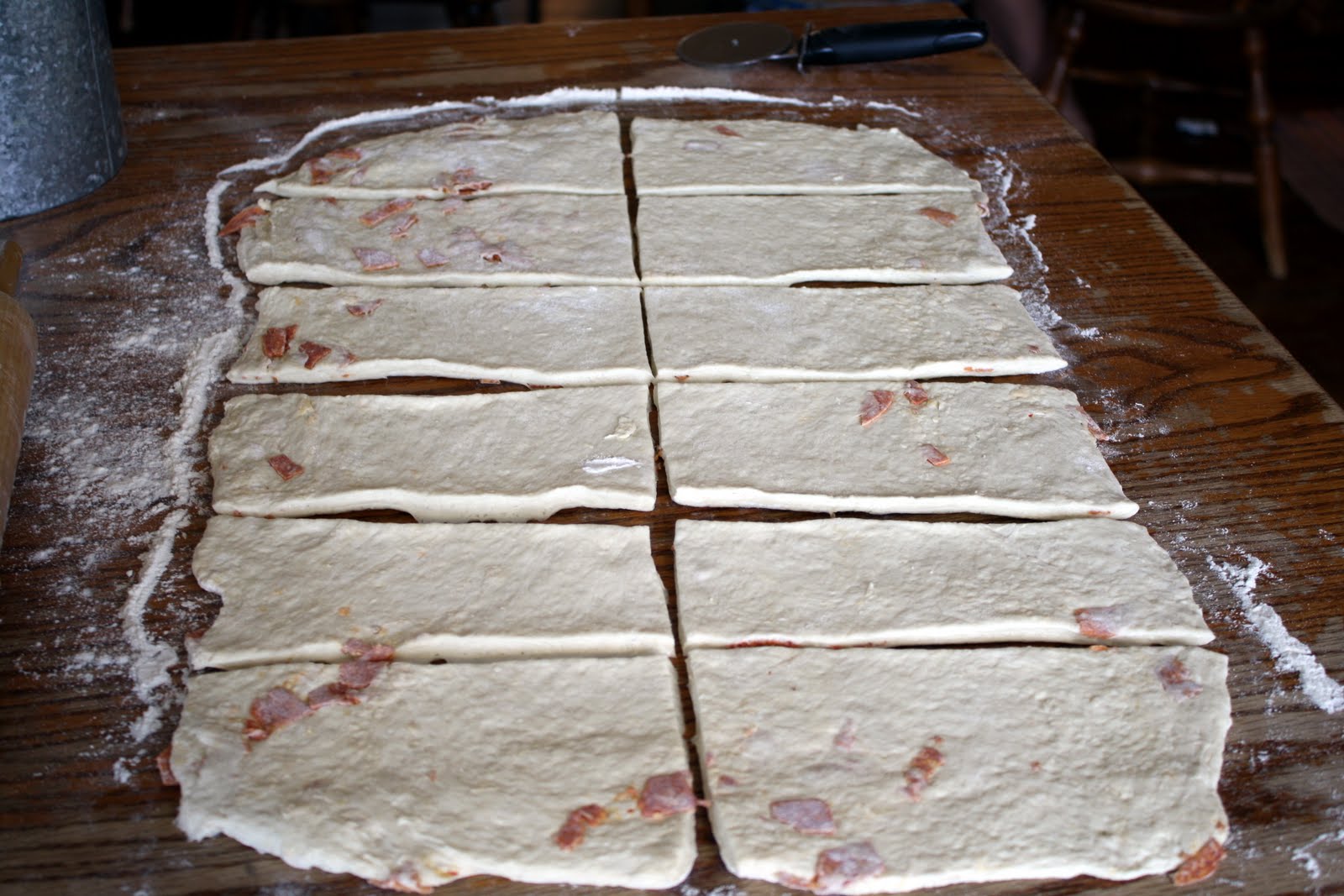 Using a pizza cutter, divide the dough into smaller rectangles by a) first cutting the dough in half lengthwise and then b) crosswise into an many pieces as you want to get. (Approximate size to aim for: six to eight inches by four inches. More or less.) 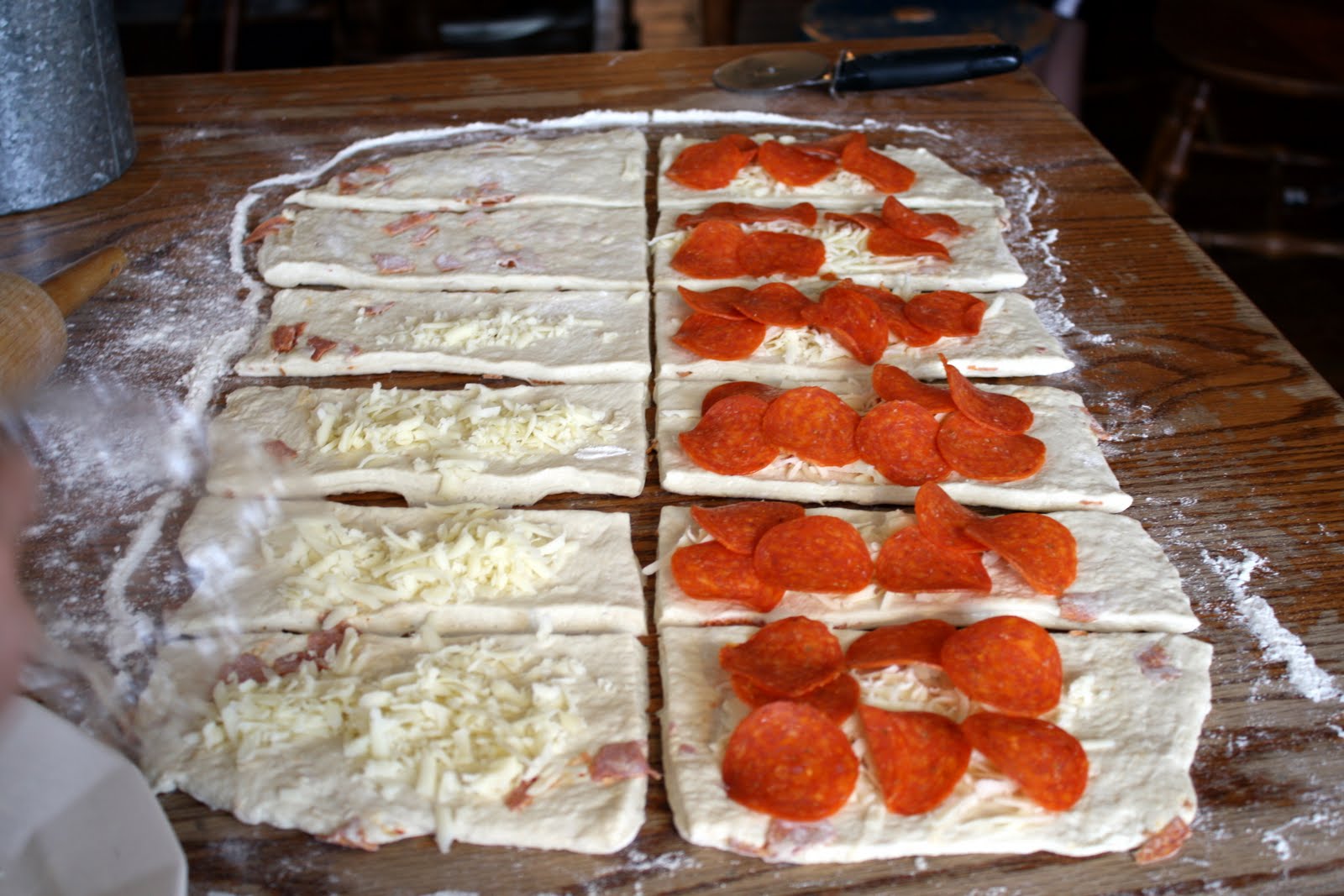 Sprinkle a little mozzarella on the dough. Just a bit. The predominant taste is pepperoni, so go easy on the cheese. 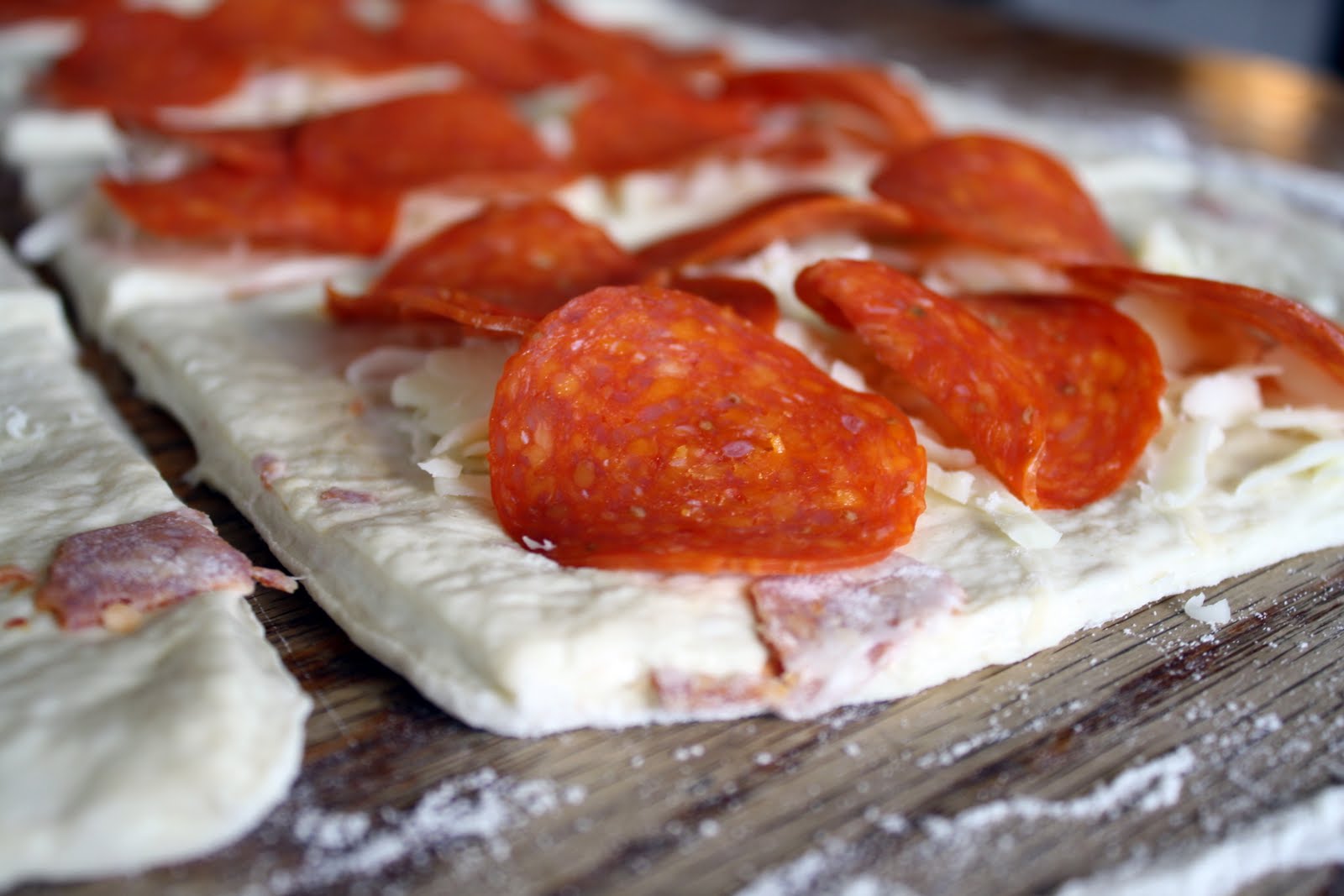 Now it’s time for the pepperoni. Make one layer of side-by-side pepperoni pieces. There is no need to stack it, just make sure the pieces are covering three quarters of the dough and extending all the way out to the edges. You want to see pieces of pepperoni sticking out of the dough. Nobody should mistake these rolls for anything but a pepperoni roll. Even if they don’t know what they are. A person should look at it and say, Oh, look at that. That’s PEPPERONI sticking out of that roll! So it must be a PEPPERONI ROLL. Nifty! 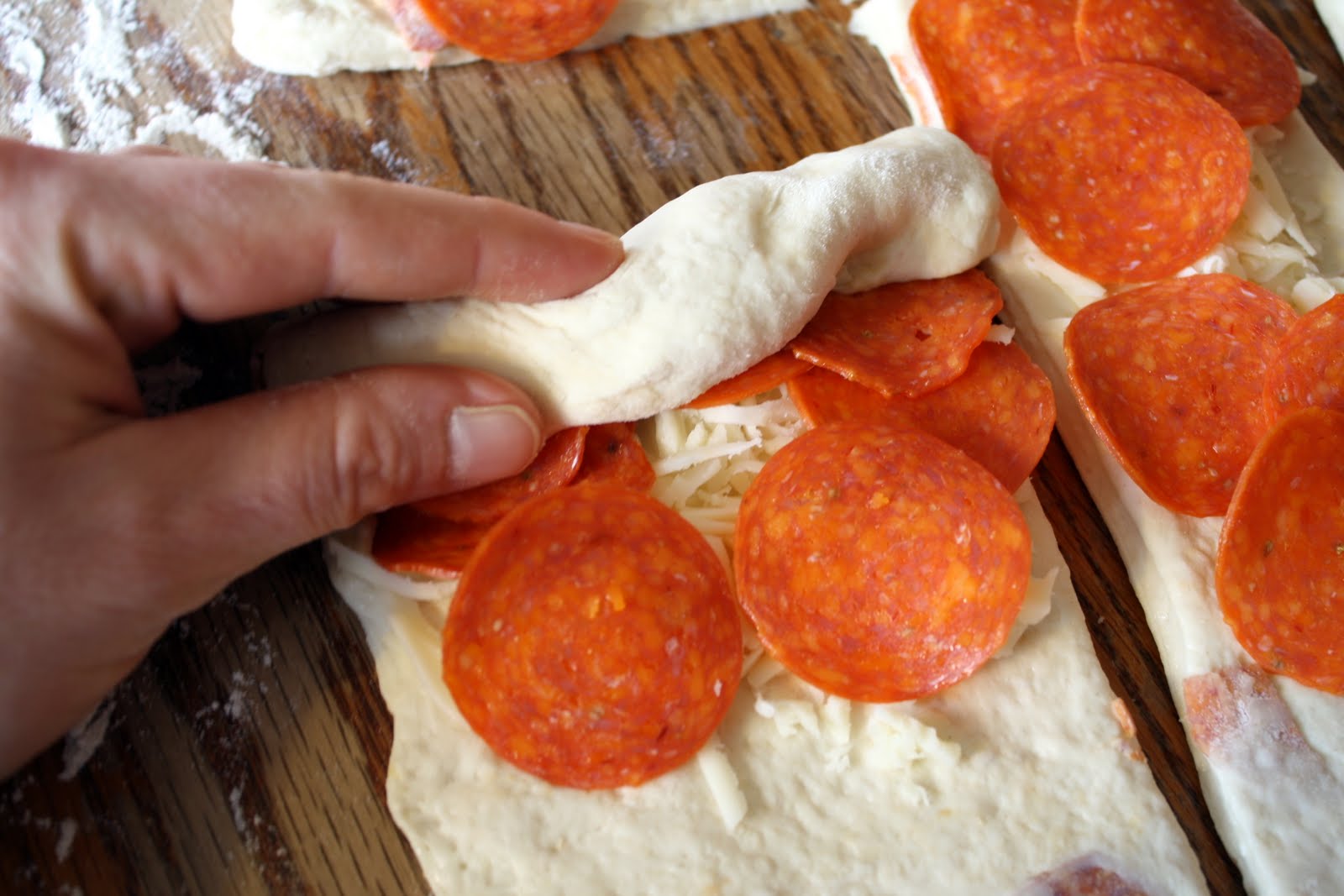 Roll up the dough, using your fingers to tuck in any escaping bits of meat and cheese. 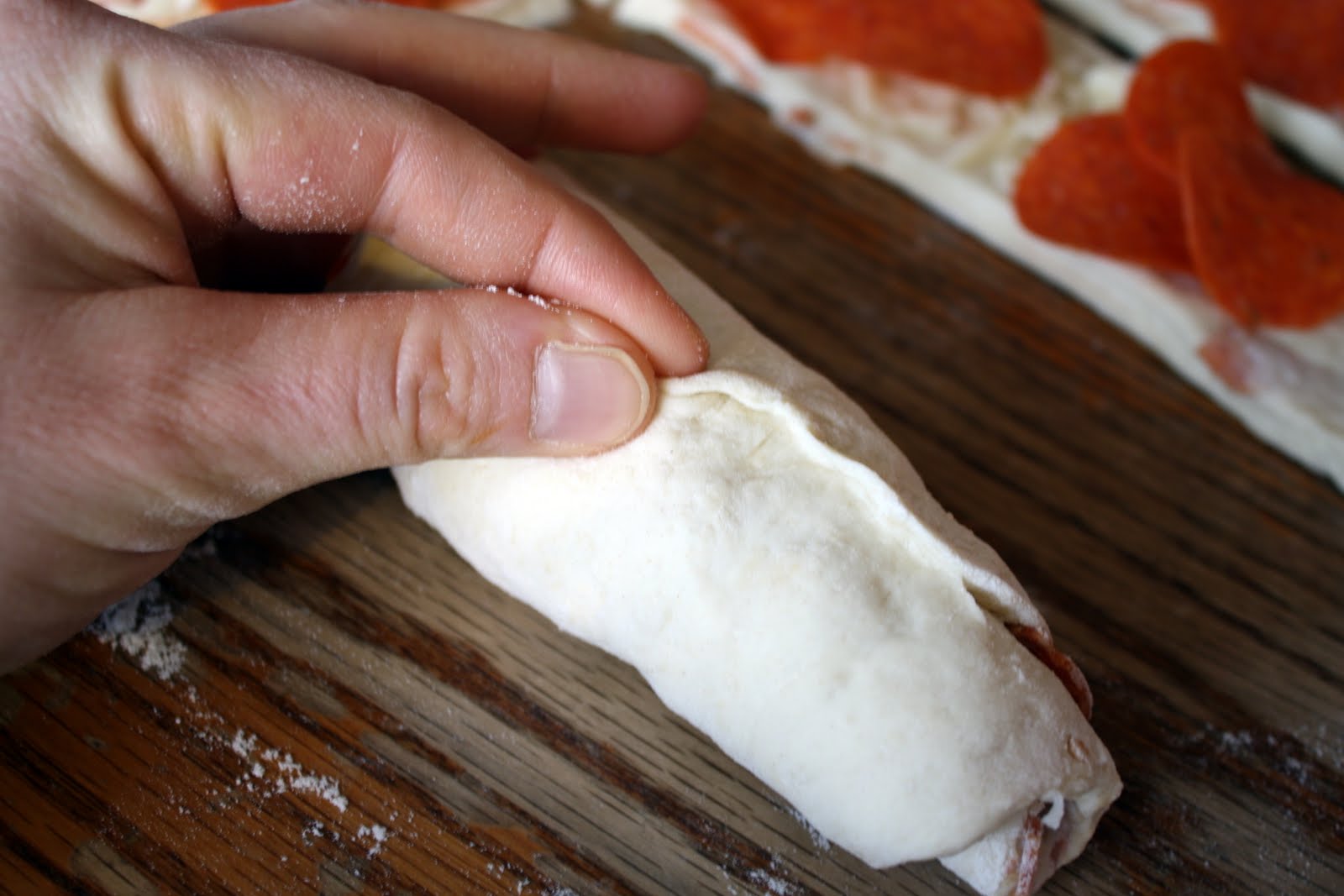 Place the rolls, seam-side down, on an oiled and cornmeal-sprinkled pan. 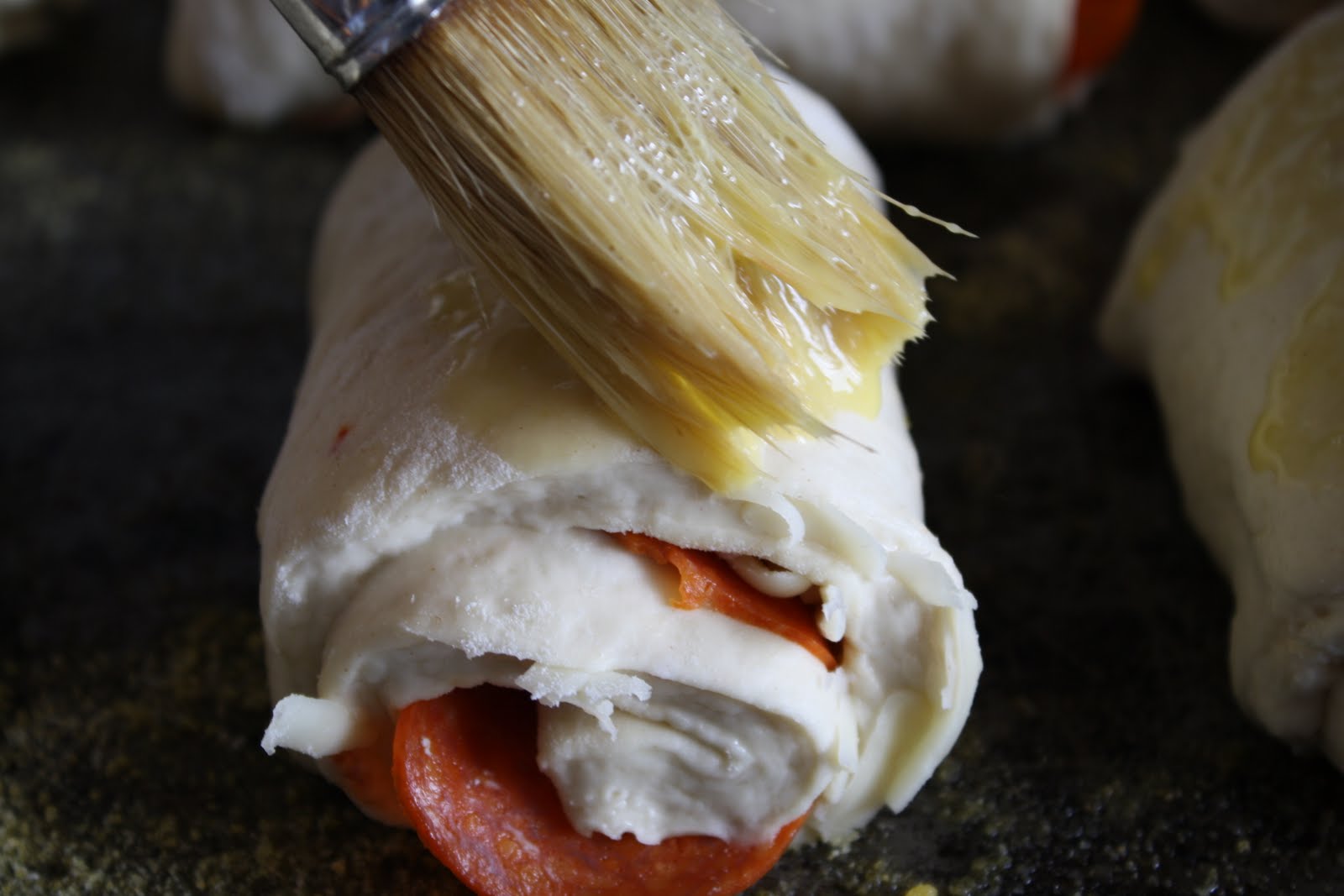 Brush the rolls with an egg wash. 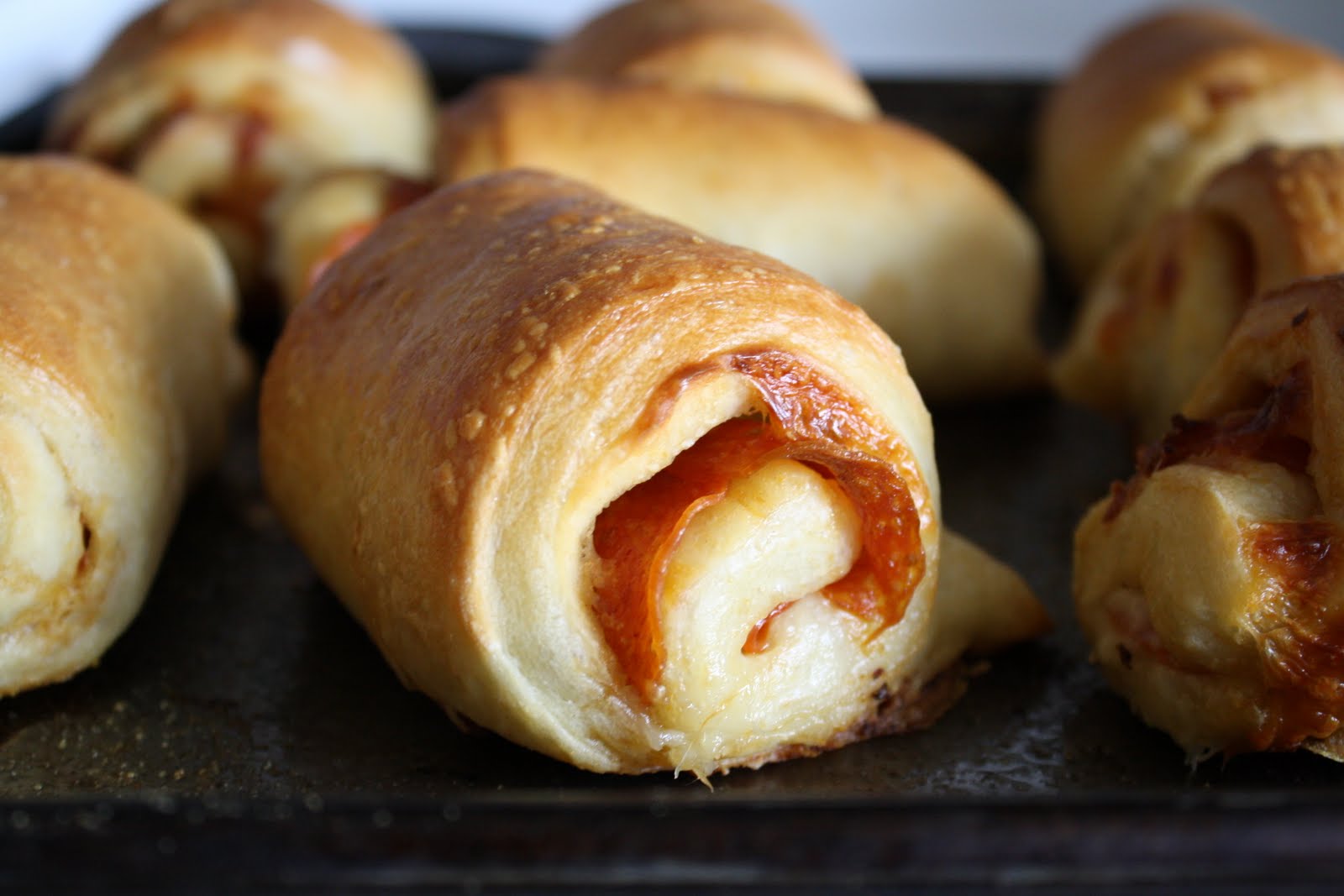 Bake and eat. The end. 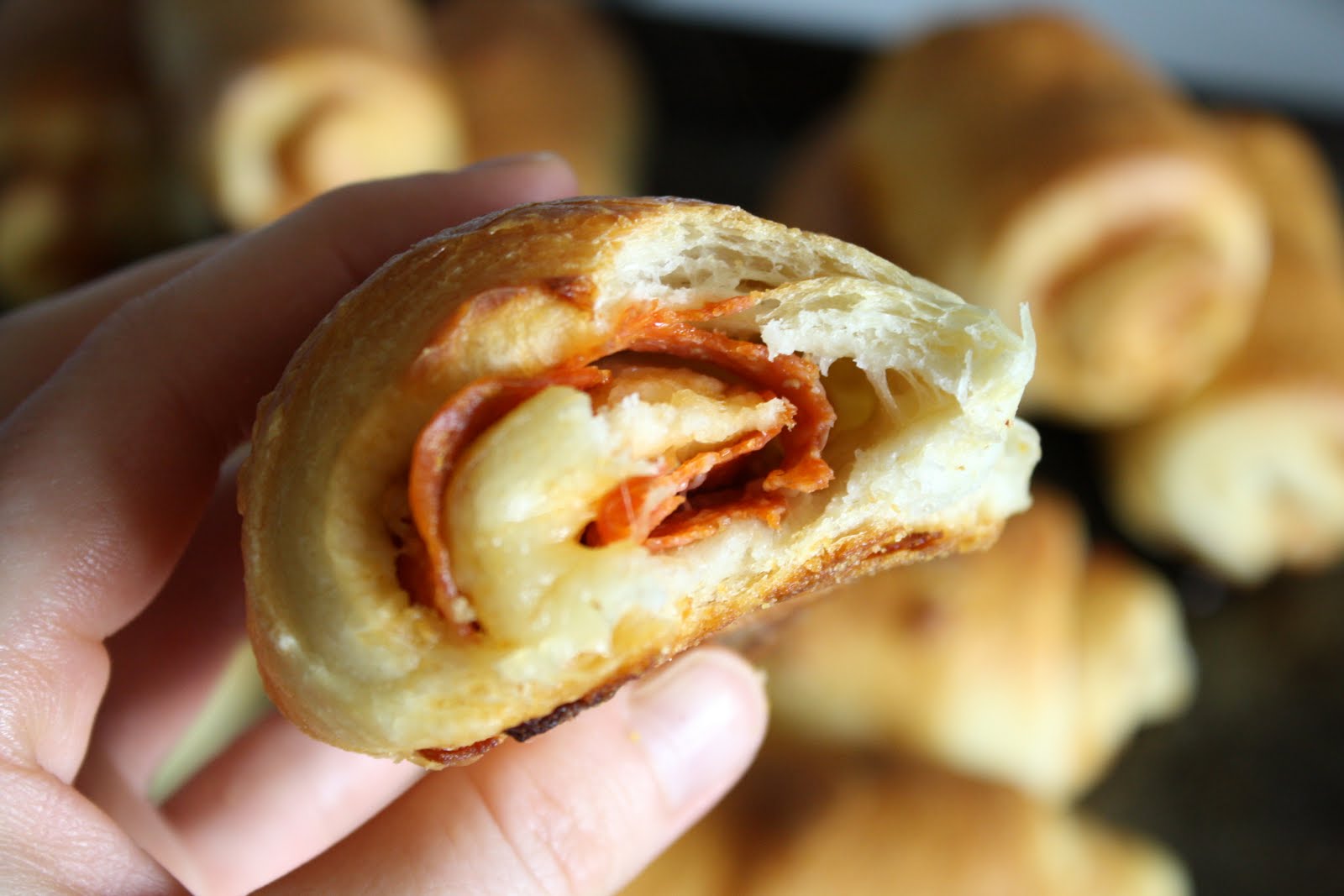 Pepperoni Rolls
Inspired by Larisa, with a bit of guidance from the blog Chickens in the Road

If you buy large slices of deli pepperoni, make sure that they removed the plastic casing before cutting the slices. Otherwise the rolls will be more toothsome than you anticipated.

These rolls beg for creativity (though then they will no longer be able to fall under the title of “pepperoni roll”):
*Add, or substitute, some browned sausage or bacon.
*Try different cheeses.
*Add caramelized onions, or some hot peppers.
*Add some minced fresh garlic to either the dough or the filling, or both.
*Omit the meat all together and make a vegetarian version using a filling of feta and spinach, perhaps with a few green olives thrown in for spunk.

The measurements are intentionally vague. This is a process more than a recipe.

After the flour has been stirred into the dough, add the grated Parmesan and the cup of chopped pepperoni. Let the dough rest for an hour or so.

Roll out the dough into a large rectangle. Using a pizza cutter, cut the dough into smaller rectangles. Top each rectangle with a bit of mozzarella and then generously cover it with pepperoni slices. Roll the rectangles up and pinch the seam to seal (leaving the ends open).

Spread the baking sheet (use a sided one to keep the drippings from dirtying your oven floor) with olive oil and sprinkle with cornmeal. Set the rolls seam-side down. Cover with a clean cloth and let them rest for 30-60 minutes till they are slightly puffy. Brush the tops of the rolls with the wash.

Yield: as many as you make!

These rolls freeze beautifully. To freeze, allow the rolls to cool to room temperature before bagging. To thaw, remove the rolls from the bag, wrap them loosely in a cloth, and thaw at room temperature. If desired, reheat them in a 350 oven for 5-8 minutes.