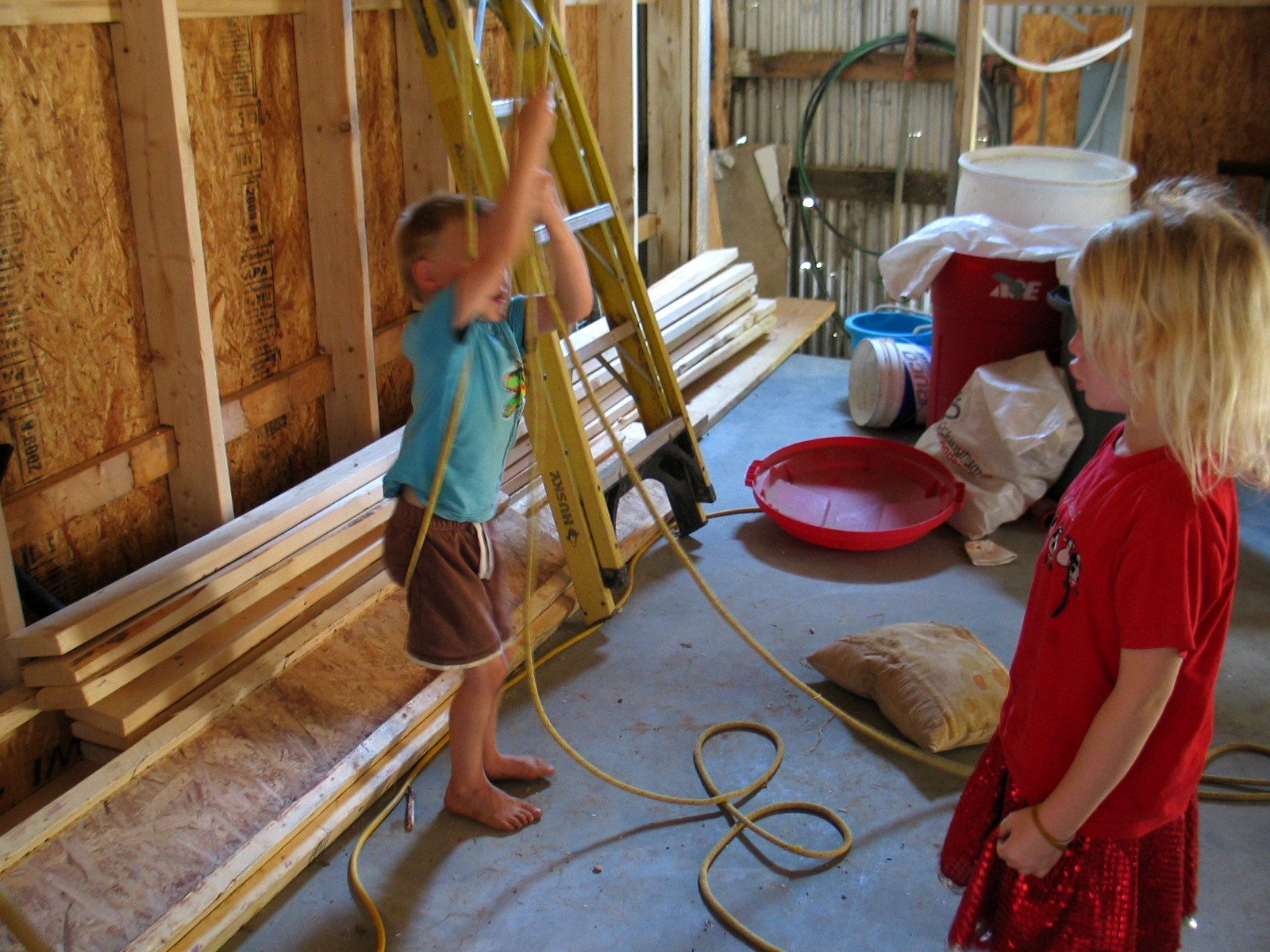 Are you familiar with Lenore Skenazy and her blog (and book) called Free-Range Kids?

If you’re not, you should be. She’s awesome, and she’s all about letting kids be kids.

When it comes to raising children (and a whole host of other things that I won’t get into right now), our society is losing common sense faster than, than, than…I don’t know—that pipe was spewing oil into the gulf? I lose my temper? The ozone is disappearing? Real fast is what I mean, and it’s not a good thing, either. Lenore is one woman who has her head screwed on straight and she is making a valiant attempt to stick her finger into the dyke of anxiety and fear that is threatening to destroy us all.

There. How’s that for some melodrama on a Monday afternoon?

To hear her state her case and answer some common concerns and questions, watch this interview. She’s a fast talker, a wild gesticulator, bubbly and smart; in other words, totally endearing.

So, with a head nod in Lenore’s general direction, here are some recent shenanigans from my hooligans.

Shenanigan Number One: the vertical swing/trapeze 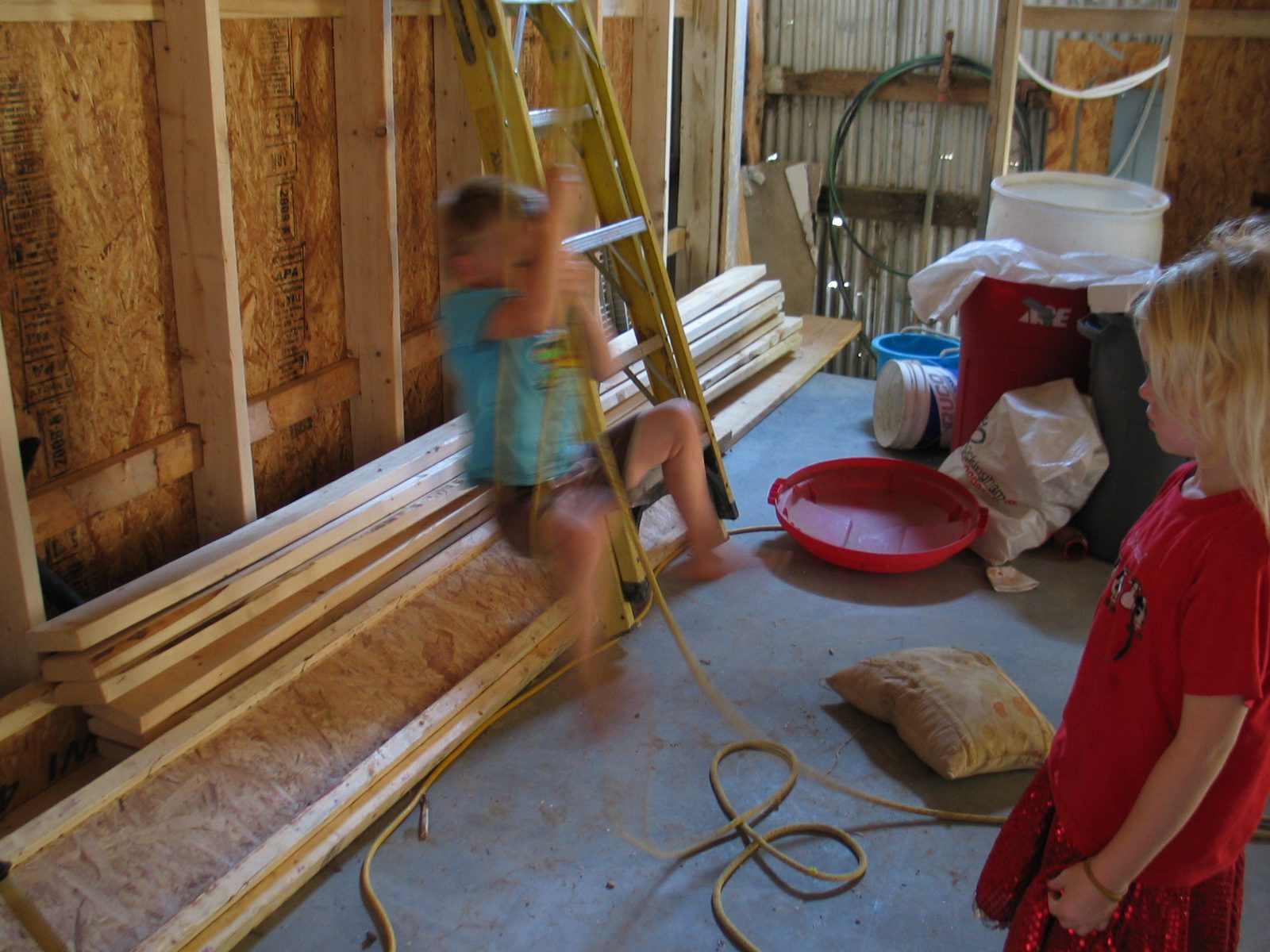 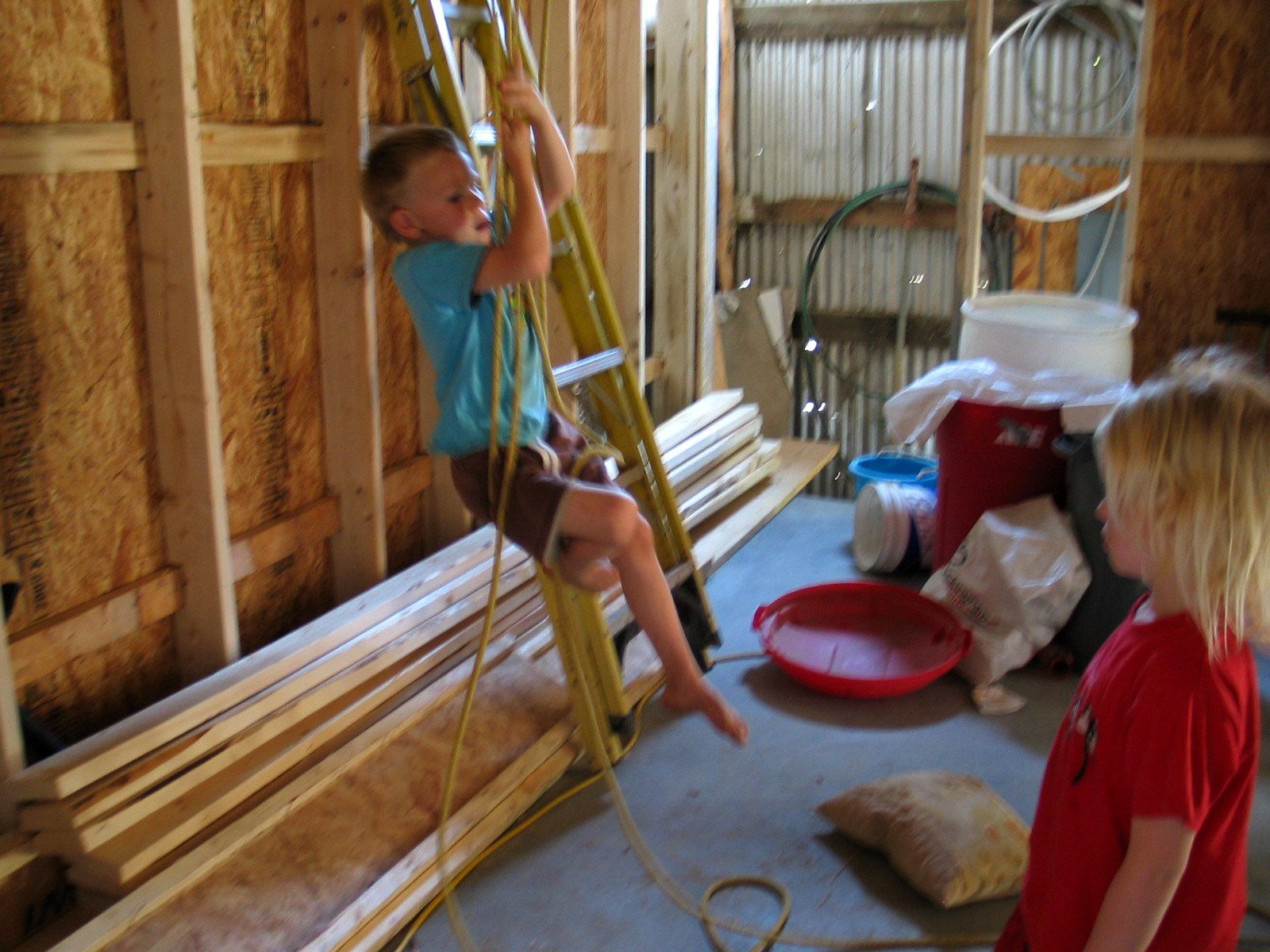 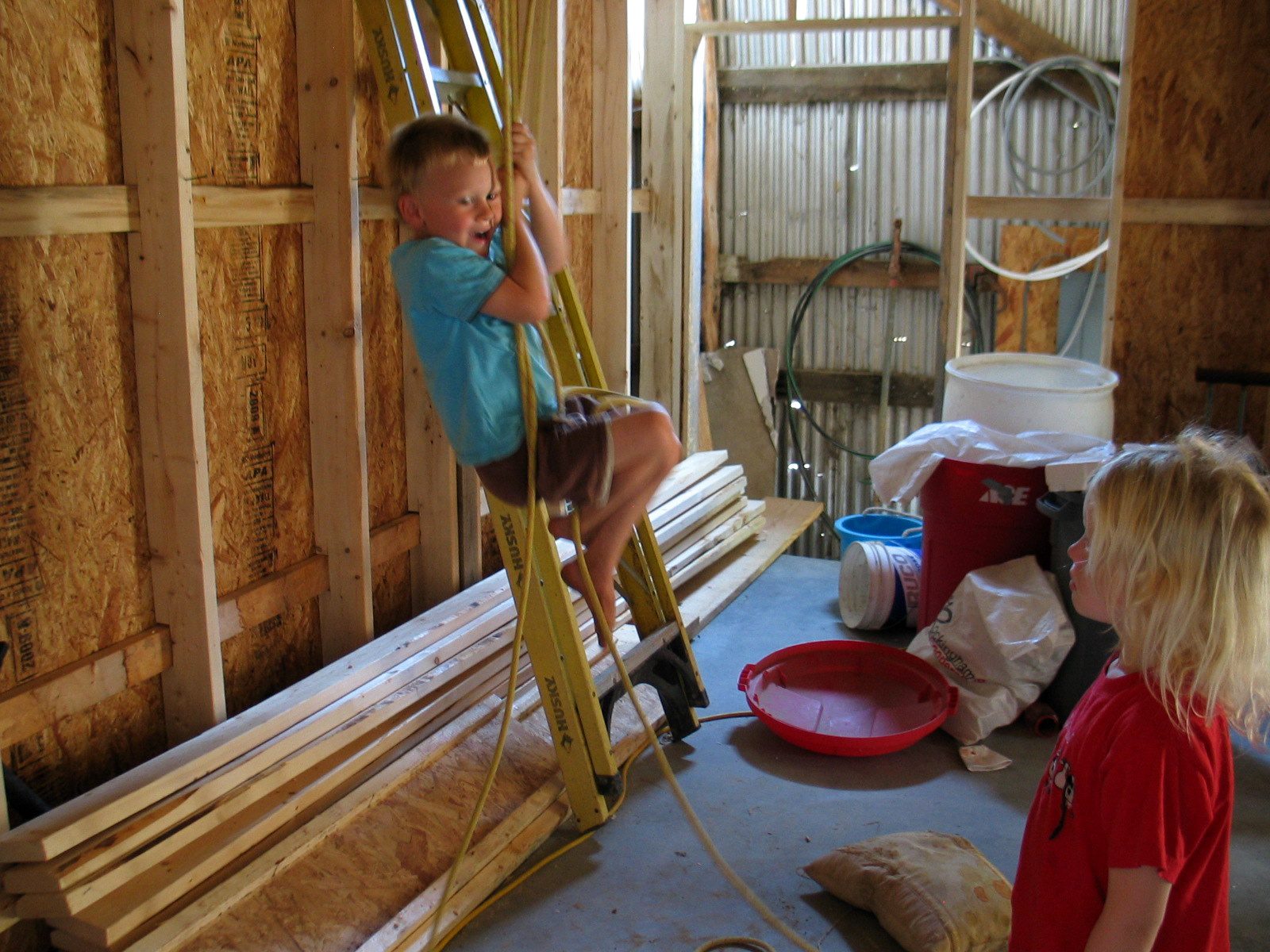 I’m not quite sure how it works, but it involves ropes and altitude and upper body strength. 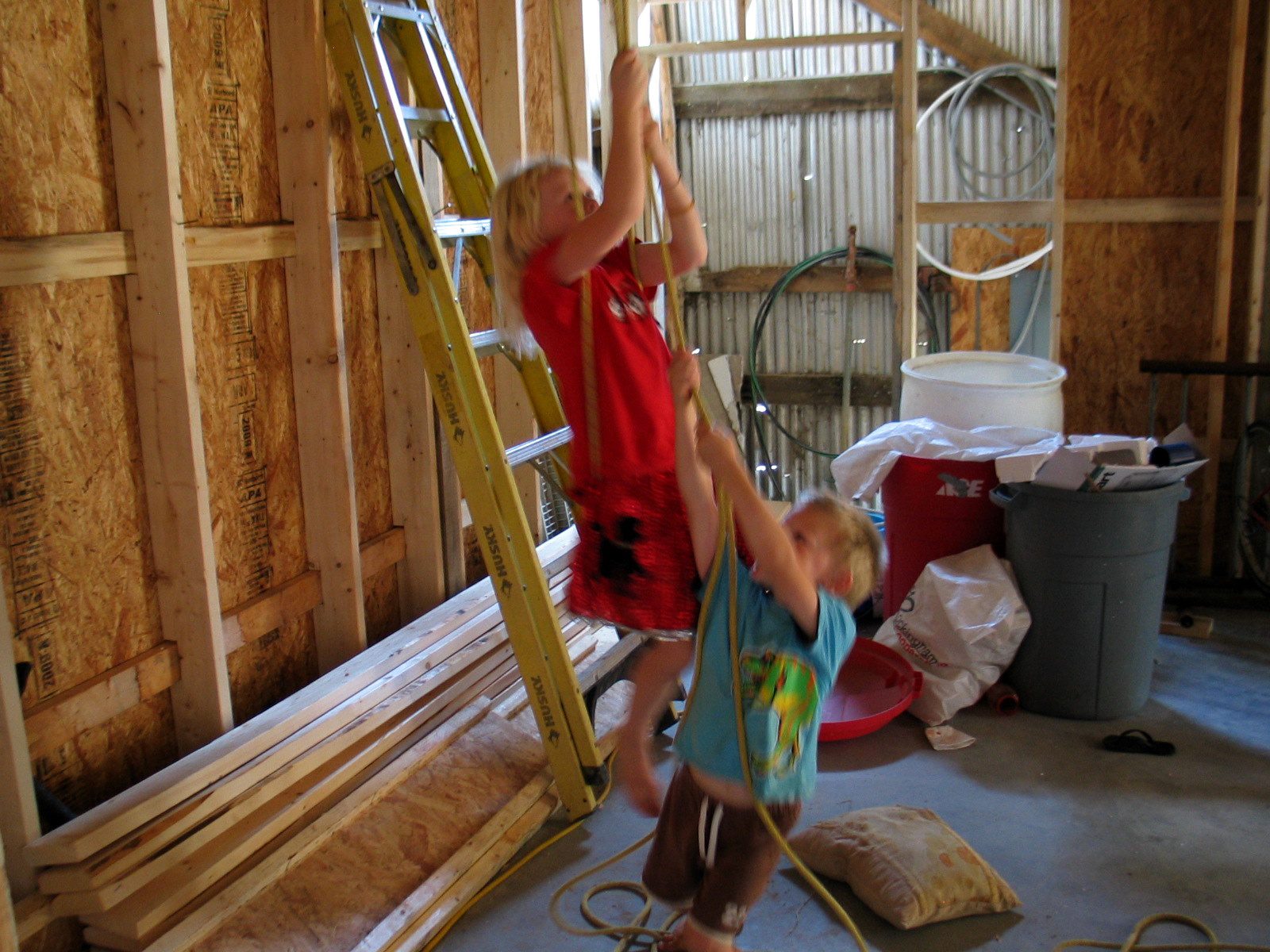 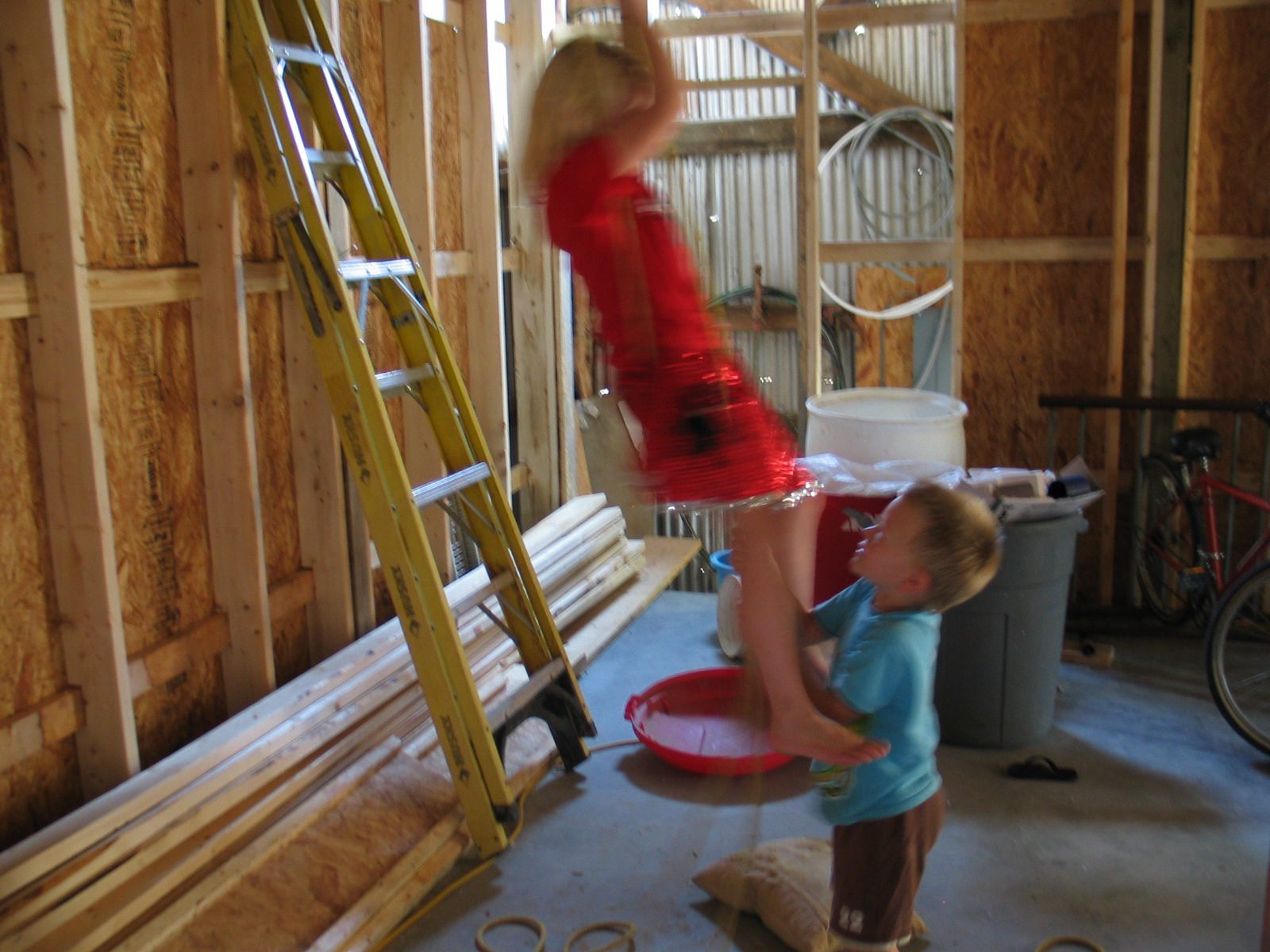 Once she gets up high, little brother grabs the other ropes and sets her a-swinging. 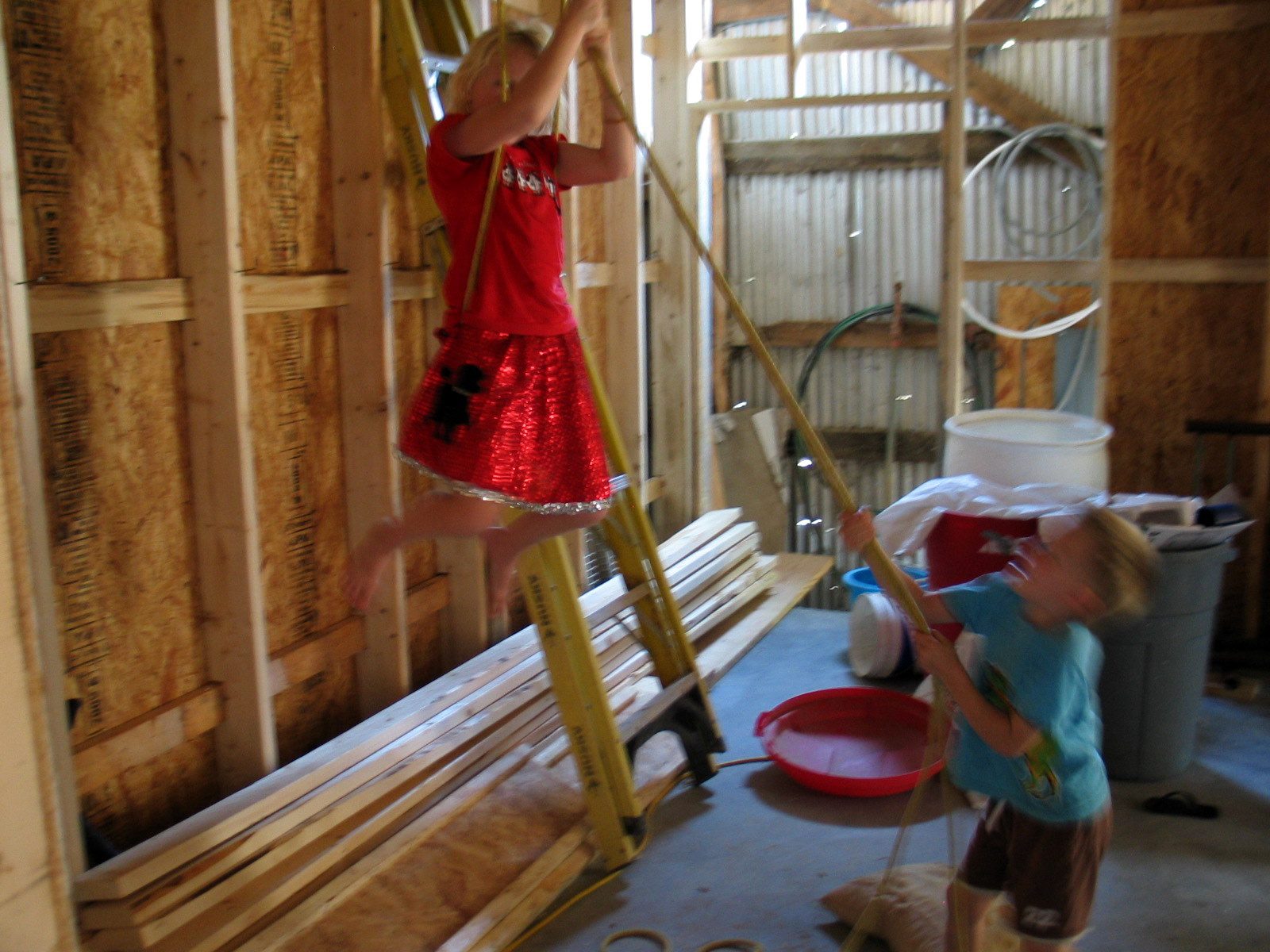 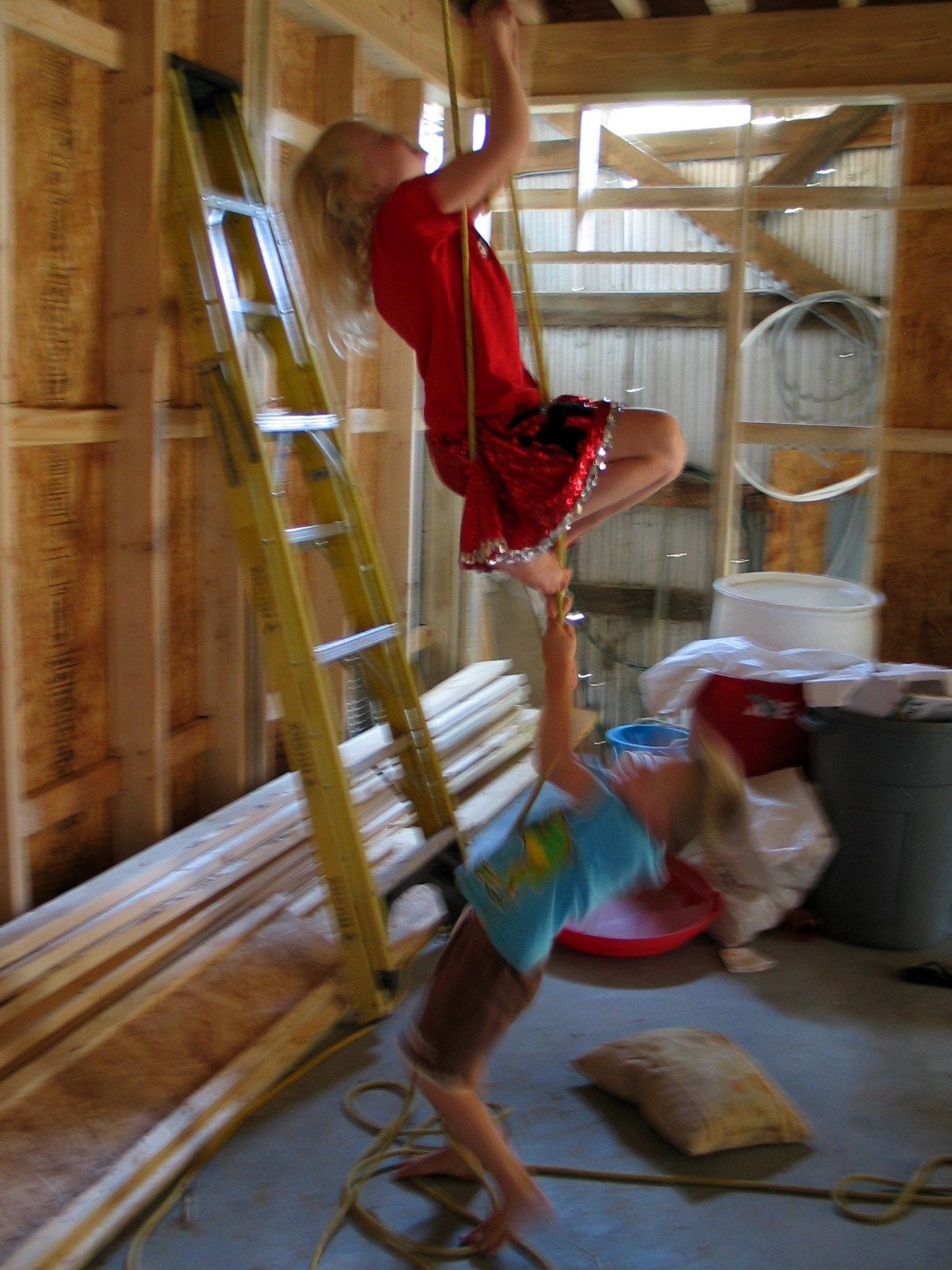 Think I could sell them to the circus?

Hook a cable (or pulley or something circular and metallic) to a tree and a rope to the cable and a bike to the rope. While staying on the bike, pull yourself (and subsequently the bike) up with the rope. 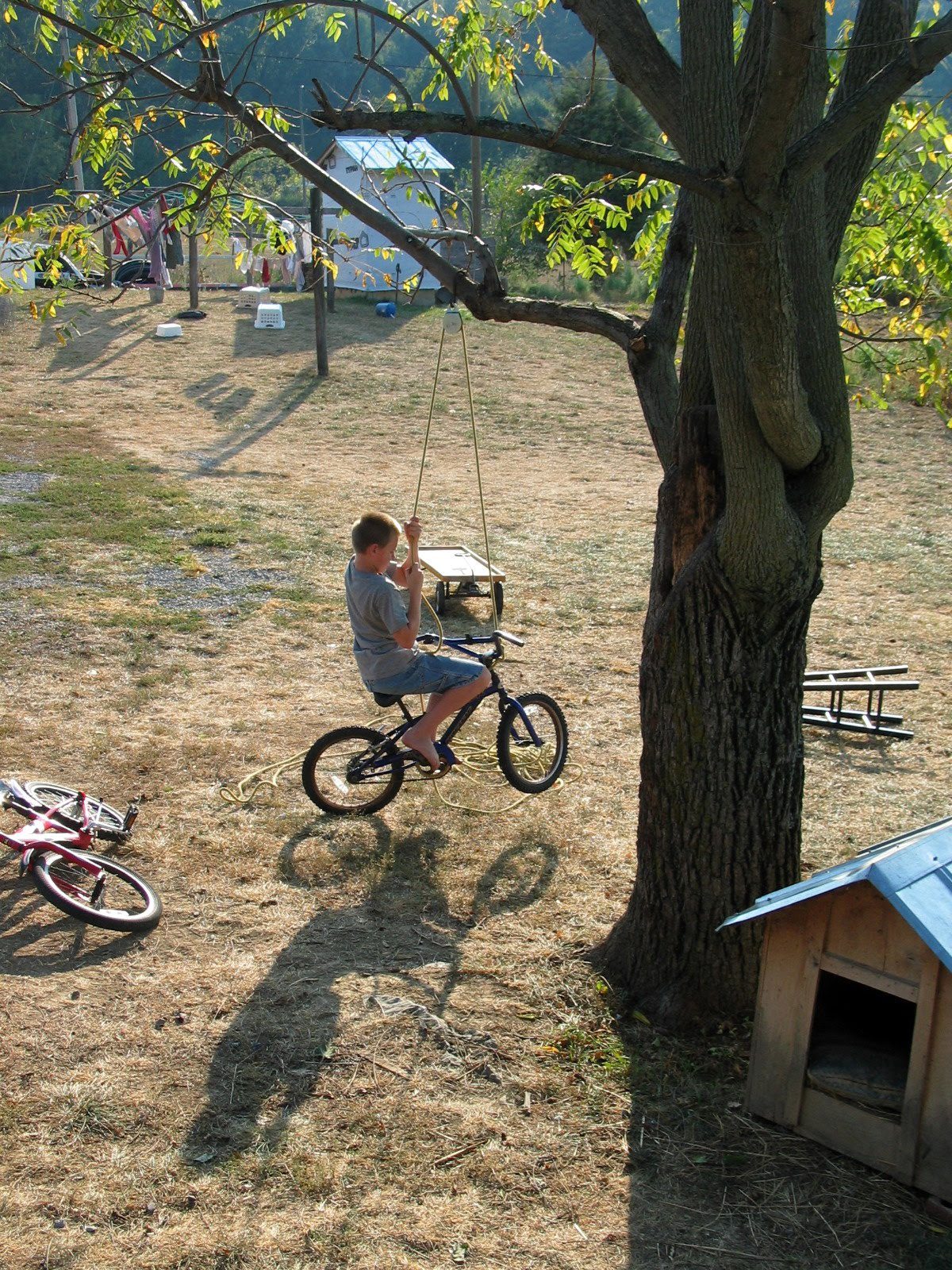 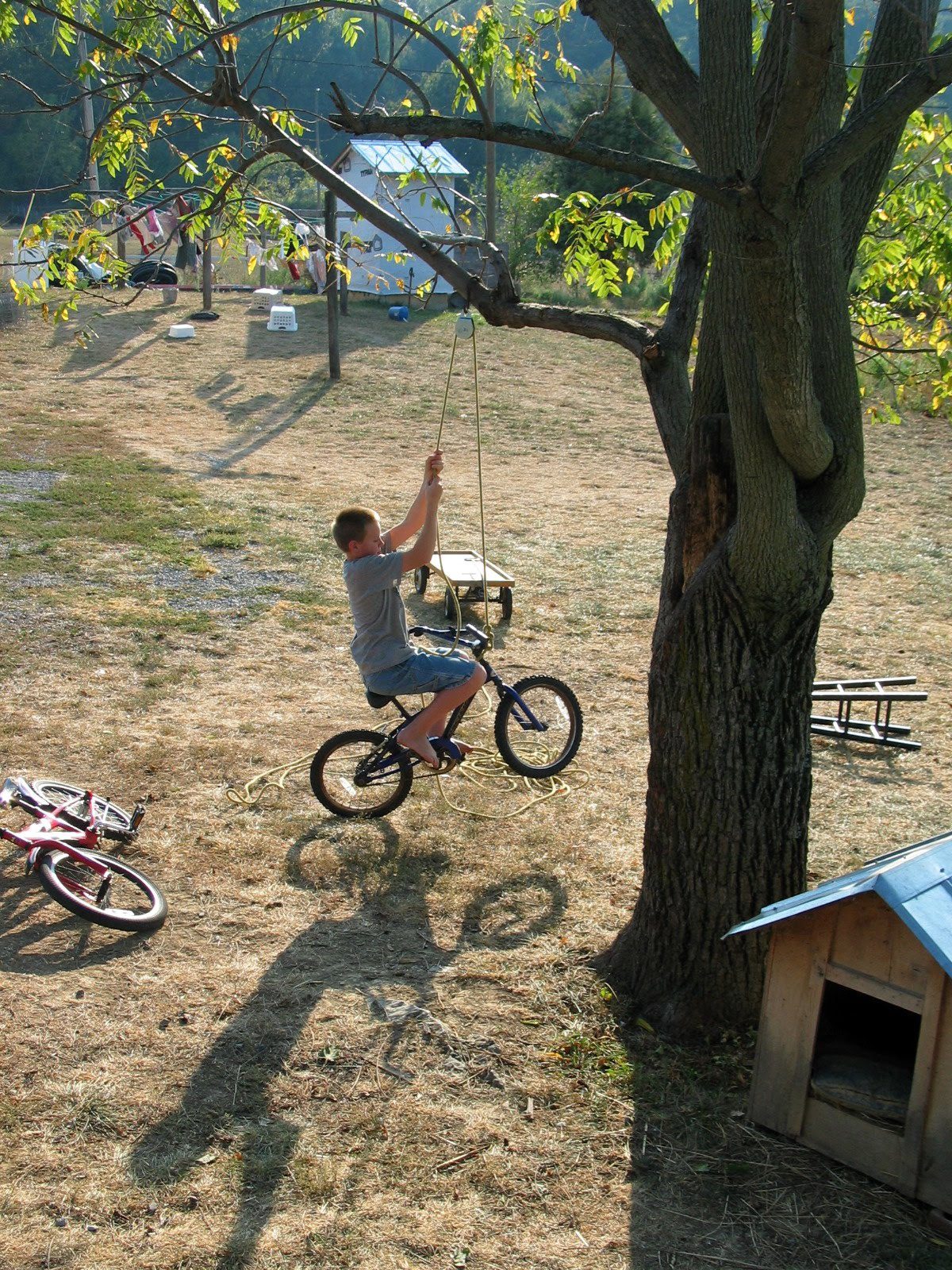 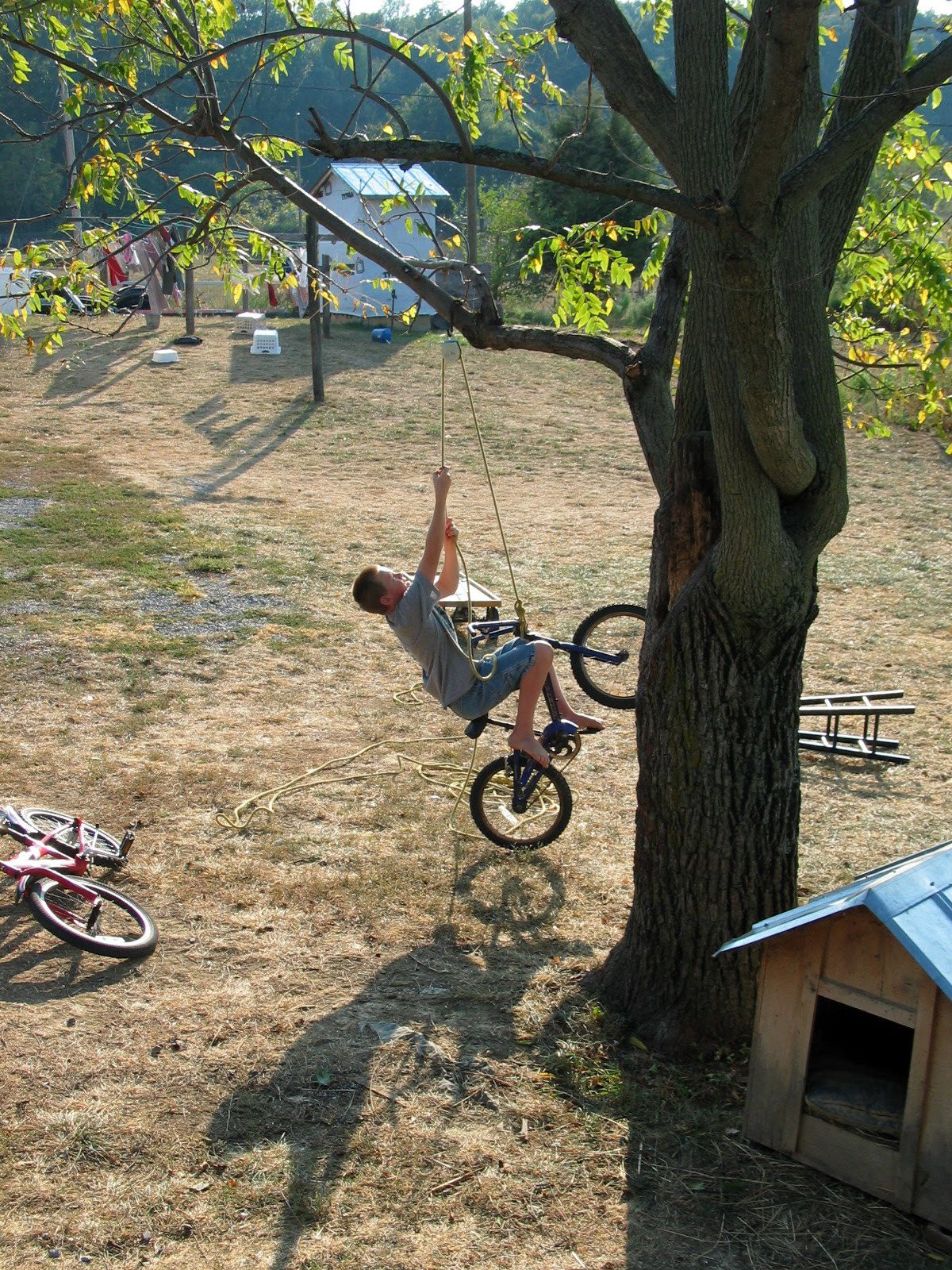 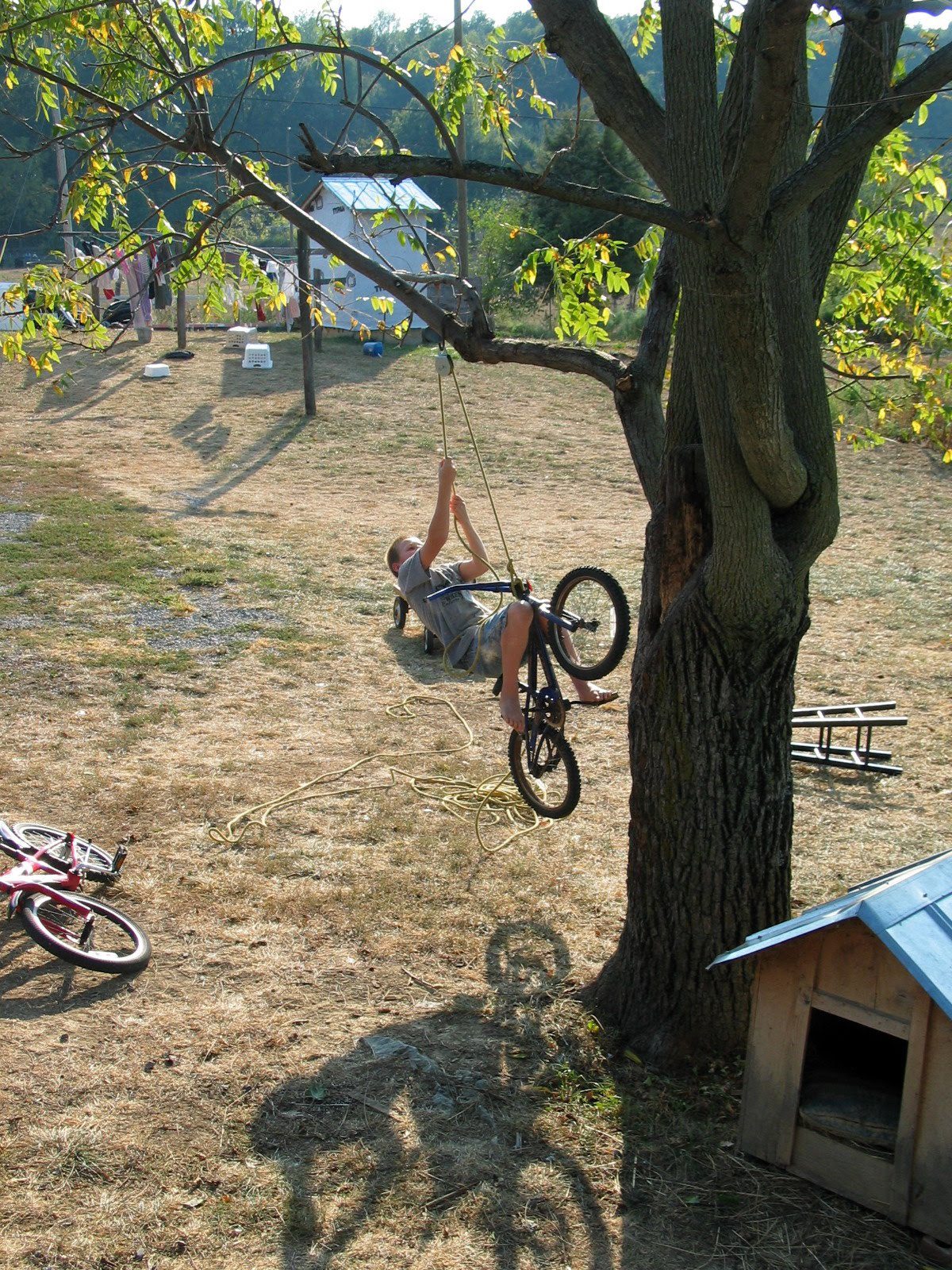 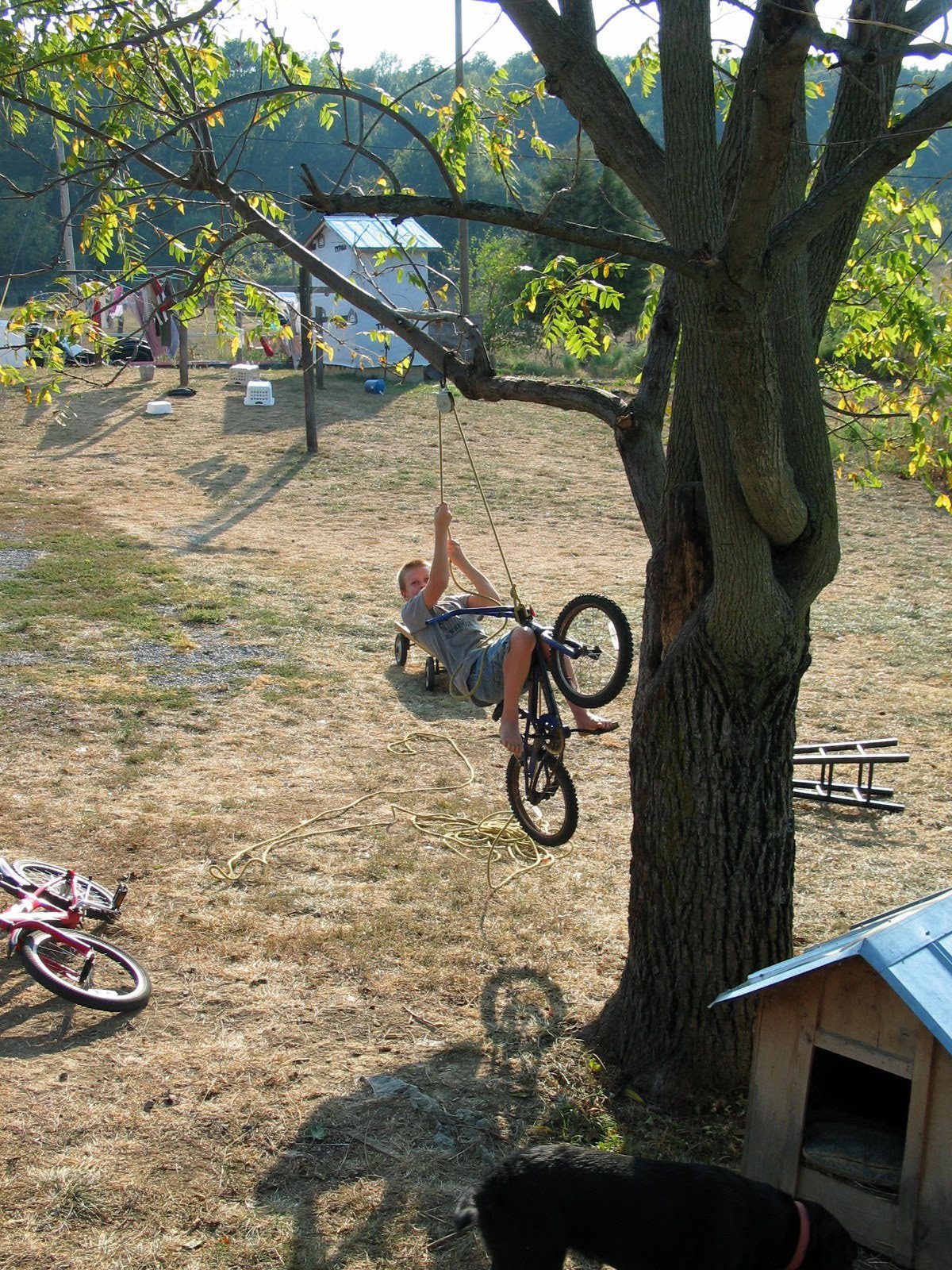 and then gratefully lower the bike back down. 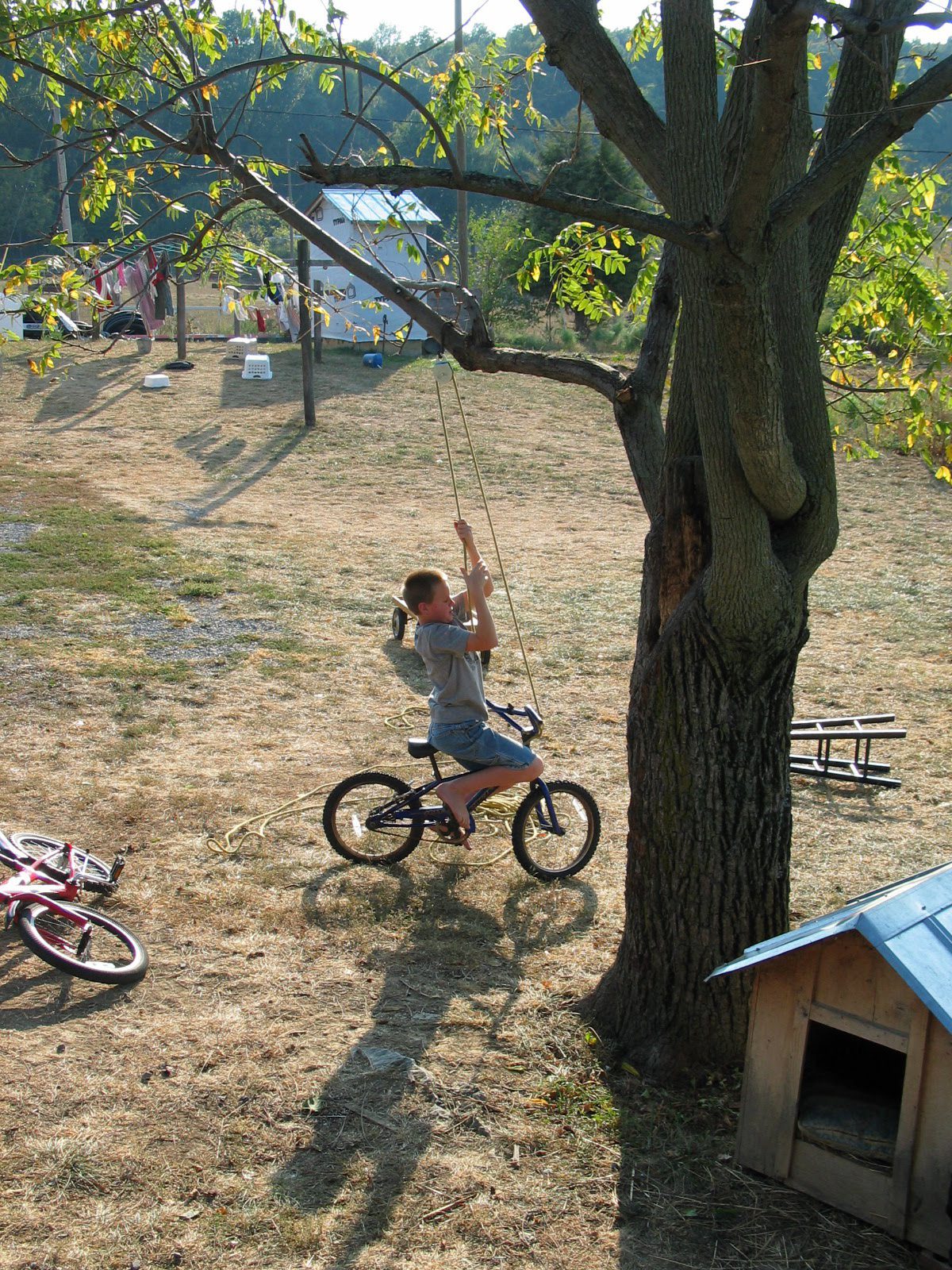 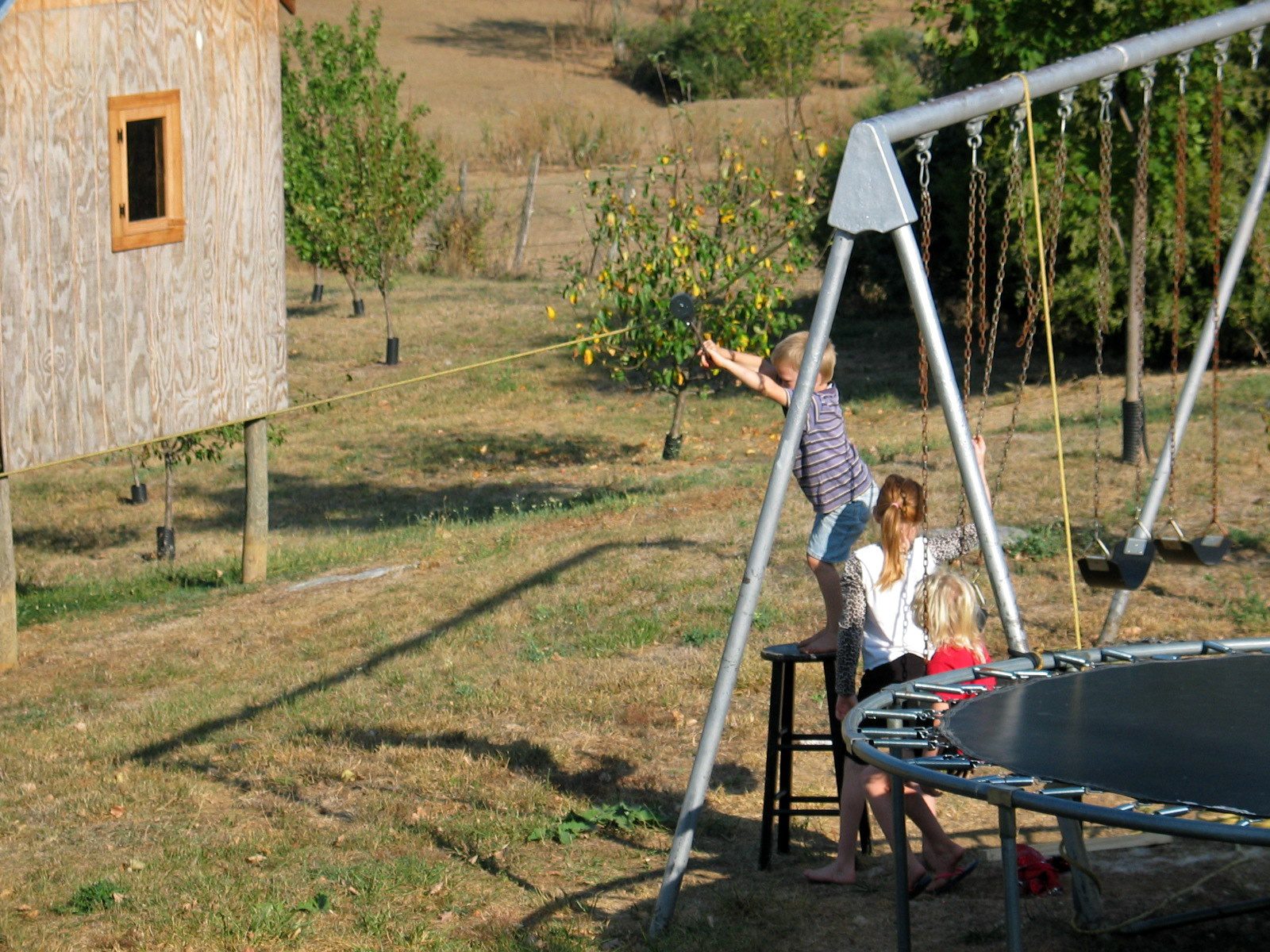 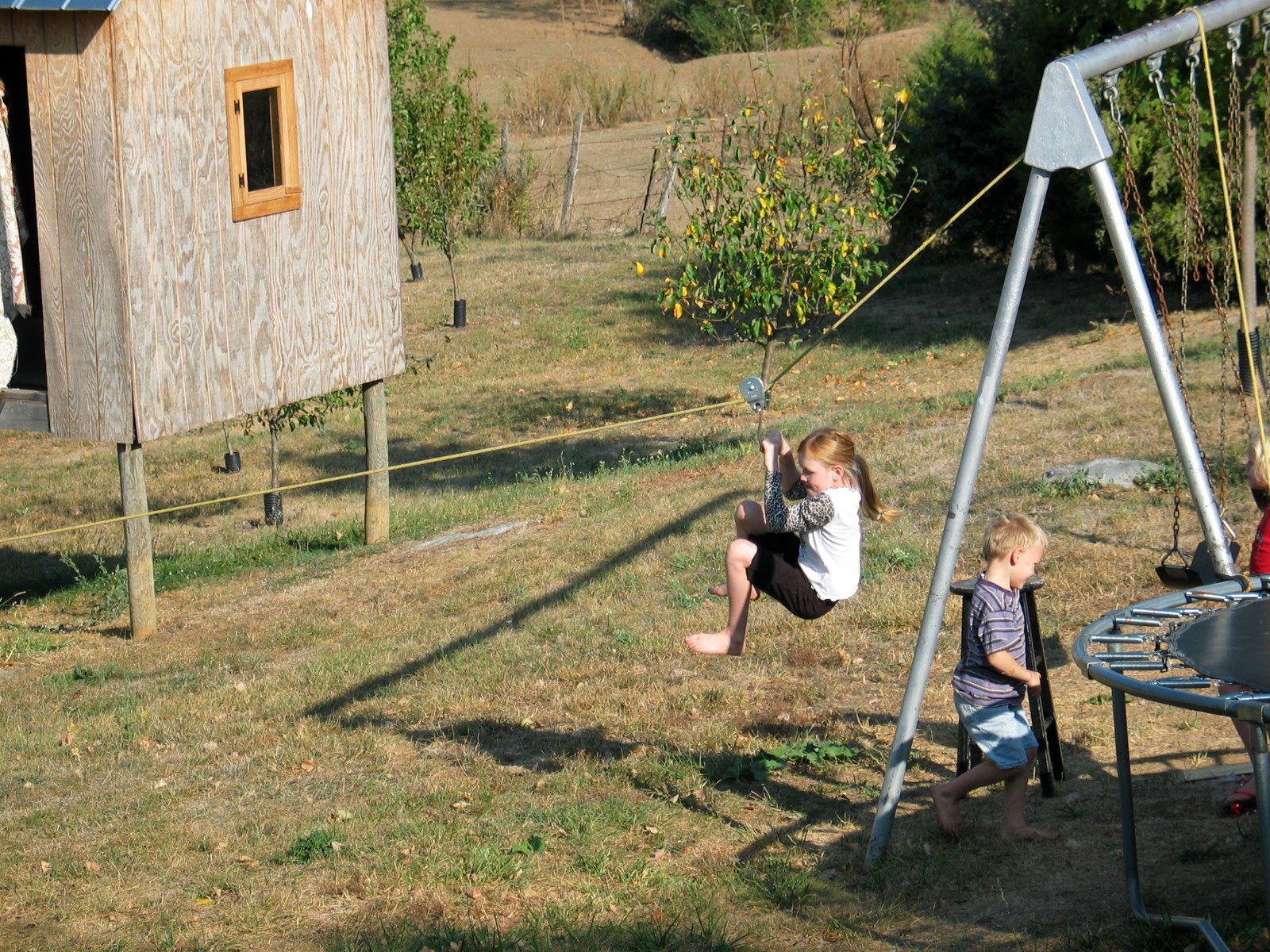 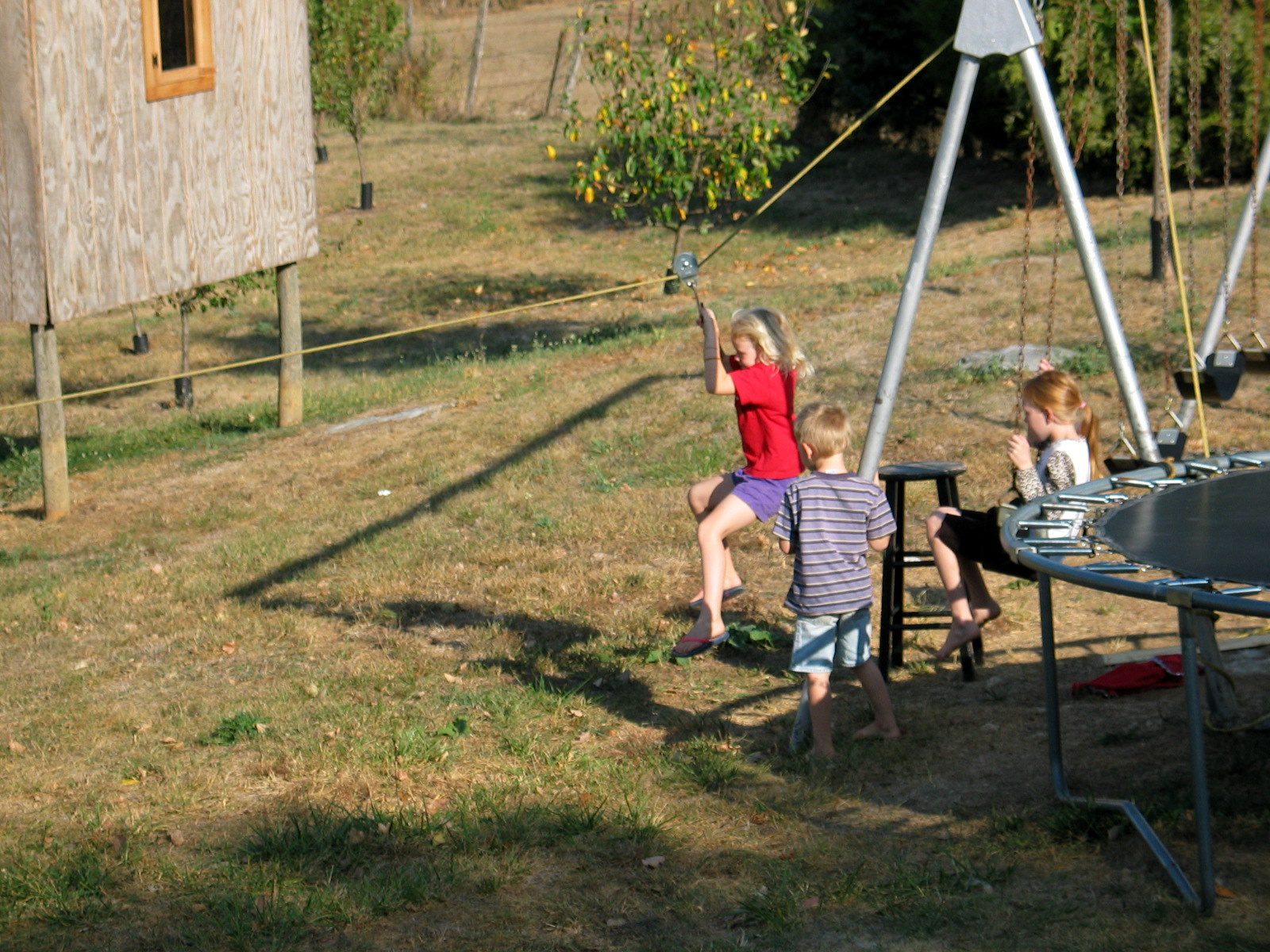 Hook one end of a cable (pulley? something circular and metallic?)-sporting rope to the swing set. Hook the other end to a tree. Climb up so you can reach the cable at the higher end of the rope, jump off, and sail down till your butt runs aground. 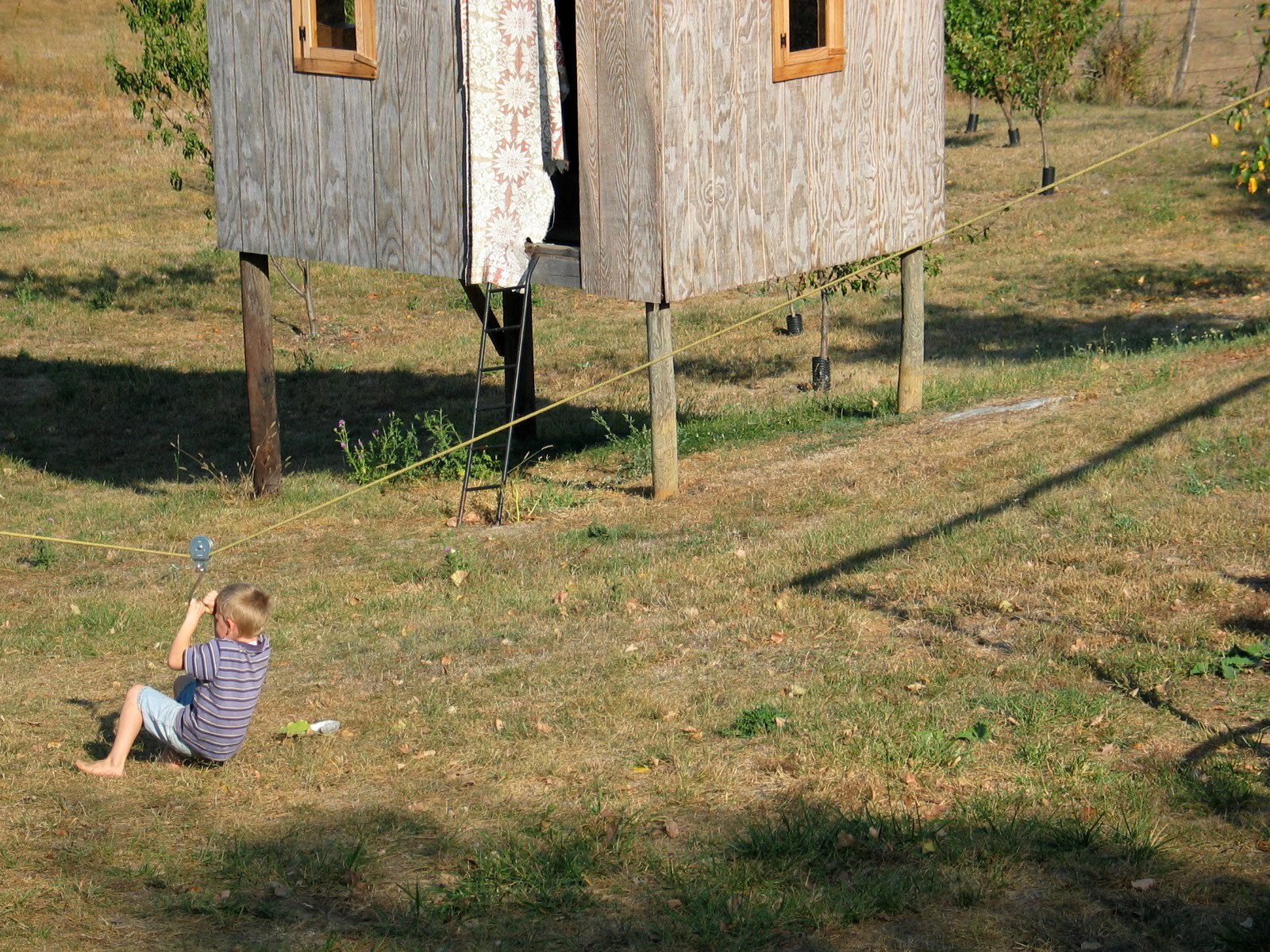 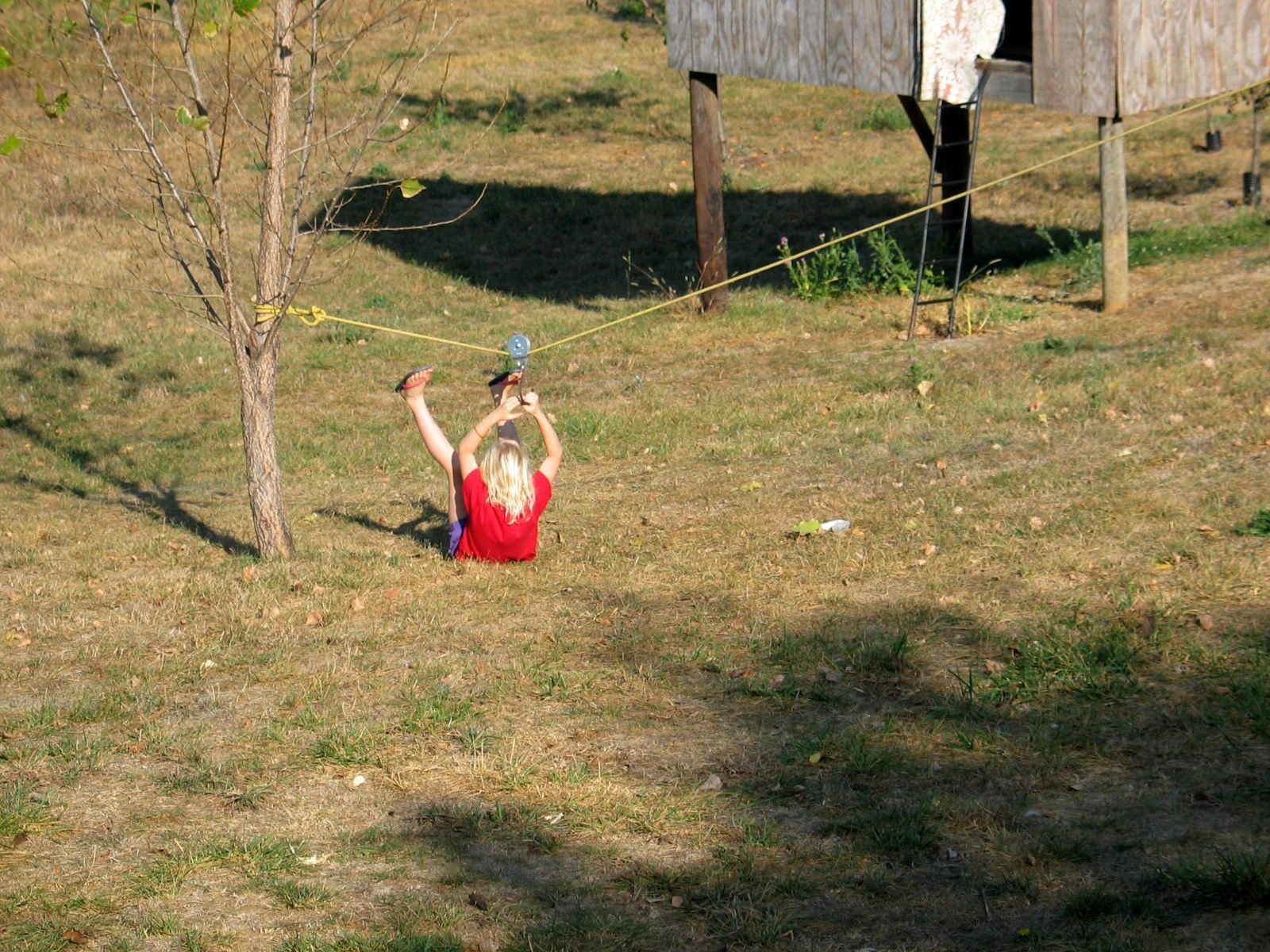 Note: No parents supervised these games and no children were injured.

This same time, years previous: a touchy subject: my thoughts on spanking, the donut party: part one (We’re hosting it again in two weeks! Wish us luck, or better yet, come help!)