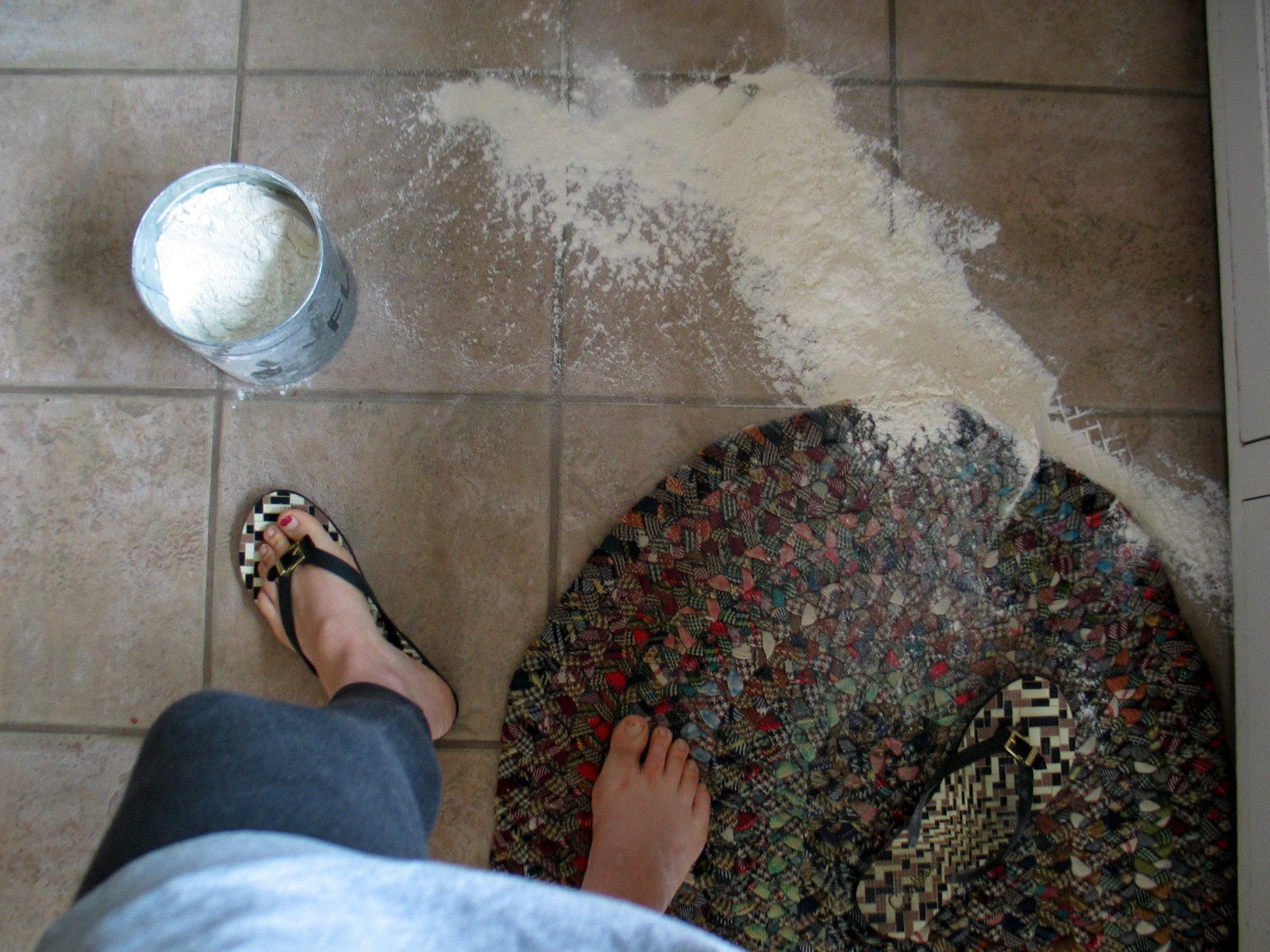 2. There. Now that I got that off my chest maybe I’ll come up with something to talk about.

3. Oh yes. Let me tell you about Mr. Handsome’s odd behavior. I better start at the beginning.

Tim’s wife was pregnant with their first baby up until this Monday when her water broke. (Well, she didn’t have her baby right then and there—it wasn’t actually until the next day that the baby got borned, but you know what I mean, right?)

Anyway, Tim and Mr. Handsome were at work when Tim got the call, and Mr. Handsome later reported that Tim, a normally measured, careful worker went all wonky, banging things around, rushing, and jittery as all get out. Mr. Handsome dropped Tim off at the end of the work day and then came home and told me all about it.

And then he told me all about it again a few minutes later.

And then he set about worrying that Tim’s wife would end up with a c-section because she was being induced.

And then he ranted against inducements and medicine in general, and (loudly and angrily) mourned our culture’s dis-empowering view of childbirth. (He didn’t say it like that exactly—he doesn’t use words like “dis-empowering” in his regular, ranty old speech.)

He wouldn’t shut up about the baby. His enthusiasm was sweet and cute.

First thing the next morning, he-who-does-not-care-about-email made a beeline for the computer. There was an email. Tim had a baby girl and there had been no c-section. Mr. Handsome relaxed a bit. And smiled.

And then the next evening, over our supper of leftovers, he announced that he had stopped by Tim’s house on the way home from work. He said—and this is my husband we’re talking about, a man who (unsuccessfully) put his foot down after two kids, a man who is not inclined towards lovey-dovey-ness of any sort—this man said,

“That baby was so cute! She had a whole bunch of hair and was so pretty, and she just laid there. It was enough to make me want another baby! What do you say, kids. Should we get another one of those?”

“And Tim and Virginia, they were glowing. I mean, when Tim walked across the room”—and Mr. Handsome walked his fingers across the table top to demonstrate—“his feet never touched the ground! And Virginia was sitting on the couch but there was this whole cushion of air under her. It was amazing!”

Never before had I heard Mr. Handsome talk like so. Not about our babies, and certainly not about anyone else’s babies. I still can’t make heads or tails out of it.

And I’ve resigned myself to the fact that I might never be able to do so.

4. And no, that story was not a roundabout way of telling you I’m pregnant.

5. Yesterday I made an apple pie and dumped the flour all over the floor.

6. Today I made apple dumplings and I didn’t dump any flour.

7. But I feel kind of dumpy nonetheless.

8. I’ve been rather uninspired in the kitchen. No obsessions, no fancy/weird/new dishes brewing. I’ve been feeding my family things like Farmer Boy Pancakes, spaghetti and meatballs, roast chicken, sloppy joes, meat and cheese sandwiches, and baked oatmeal. They’re thrilled and I’m bored.

9. Mr. Handsome is figuring out that he’s lactose intolerant. He’s been cutting back on dairy, switching from regular milk to lactose-free milk to soy milk. He feels much better off dairy, but I’m not 100 percent sure it’s really the problem.

(In fact, when he told me he thought he had cancer ten years ago, I laughed. So he went to a doctor shortly thereafter and then promptly had surgery because he did indeed have cancer. Let me tell you, he’s milked that attachment injury for all that it’s worth—and then some. But still, I don’t listen to him. I’m a cold-hearted woman.)

Regarding the milk problem, I’ve set up an appointment for him with an allergist. I want to know exactly (more or less) what I’m up against before I revolutionize our diet.

To sum everything up, our diet is kind of in limbo and that puts a damper on my kitchen puttsing.

10. And I’m anxious about my new camera. I ordered it last week, but when I placed my order I learned that the company was on holiday because of Sukkot. (Apparently they’re Jewish.) I keep hoping that maybe they’ll just send out the camera anyhow. I mean, my order was pretty straightforward so maybe it will just kind of happen to get mailed…somehow. Every time the UPS or Fed Ex truck go by, my heart starts to race and I suffer shortness of breath. Then when neither truck stops, I get all morose and sit on the couch thinking how much fun it would be if the camera would just materialize on my lap right now.