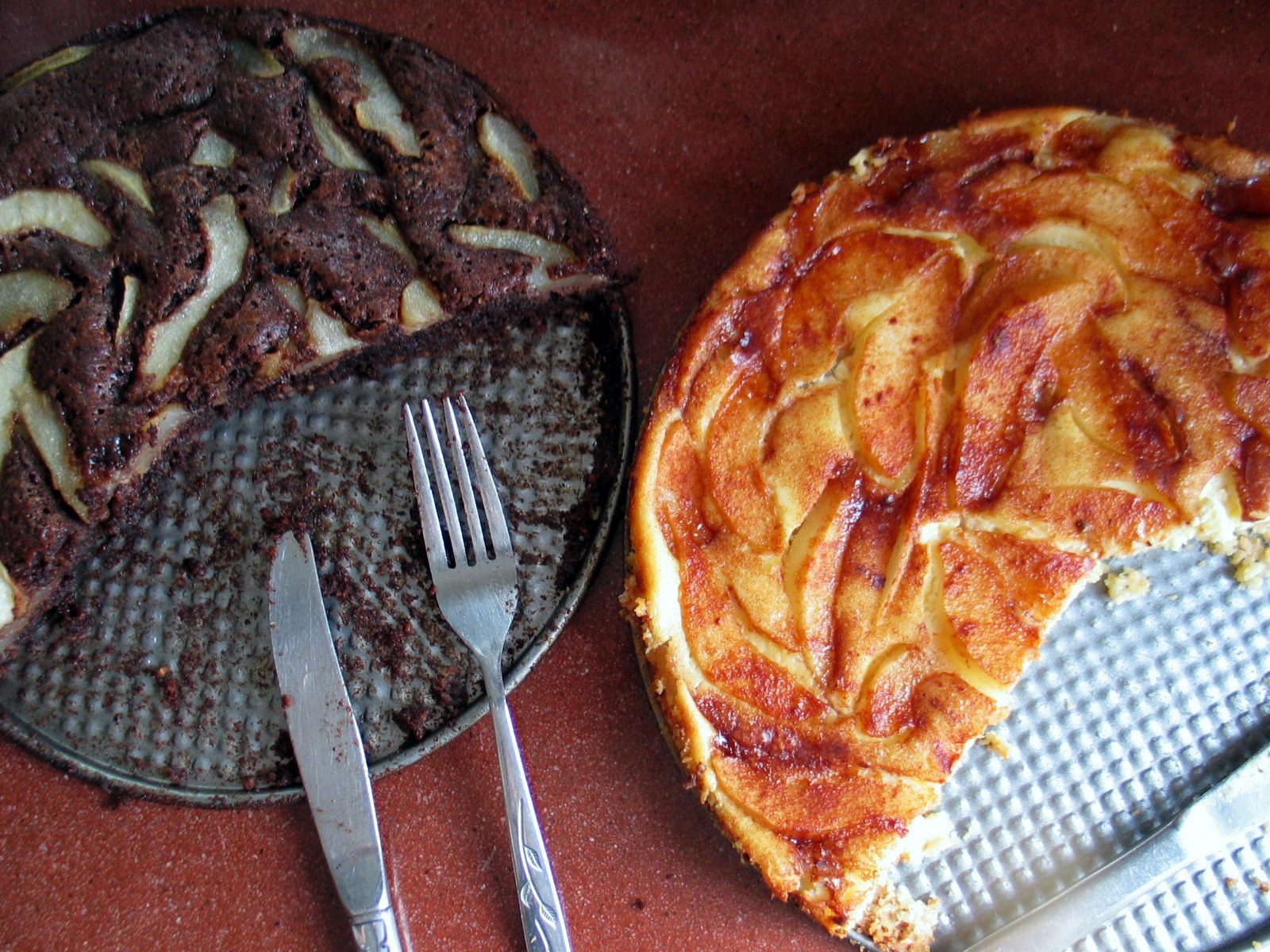 Last week after picking up two bushels of pears from a fruit stand, I sent a tweet out into the vast cosmic void: Researching all things pear. What’s YOUR favorite way to eat the fruit (besides straight up, of course)?

Two people responded with recipes, both of which were tarts, one chocolate (thanks, Jan!) and the other almond cream (thanks, Cousin Zoe!). I made them both.

That night I told my family that they must eat some of each kind and choose their favorite. They took their orders seriously, applying their forks most industriously. 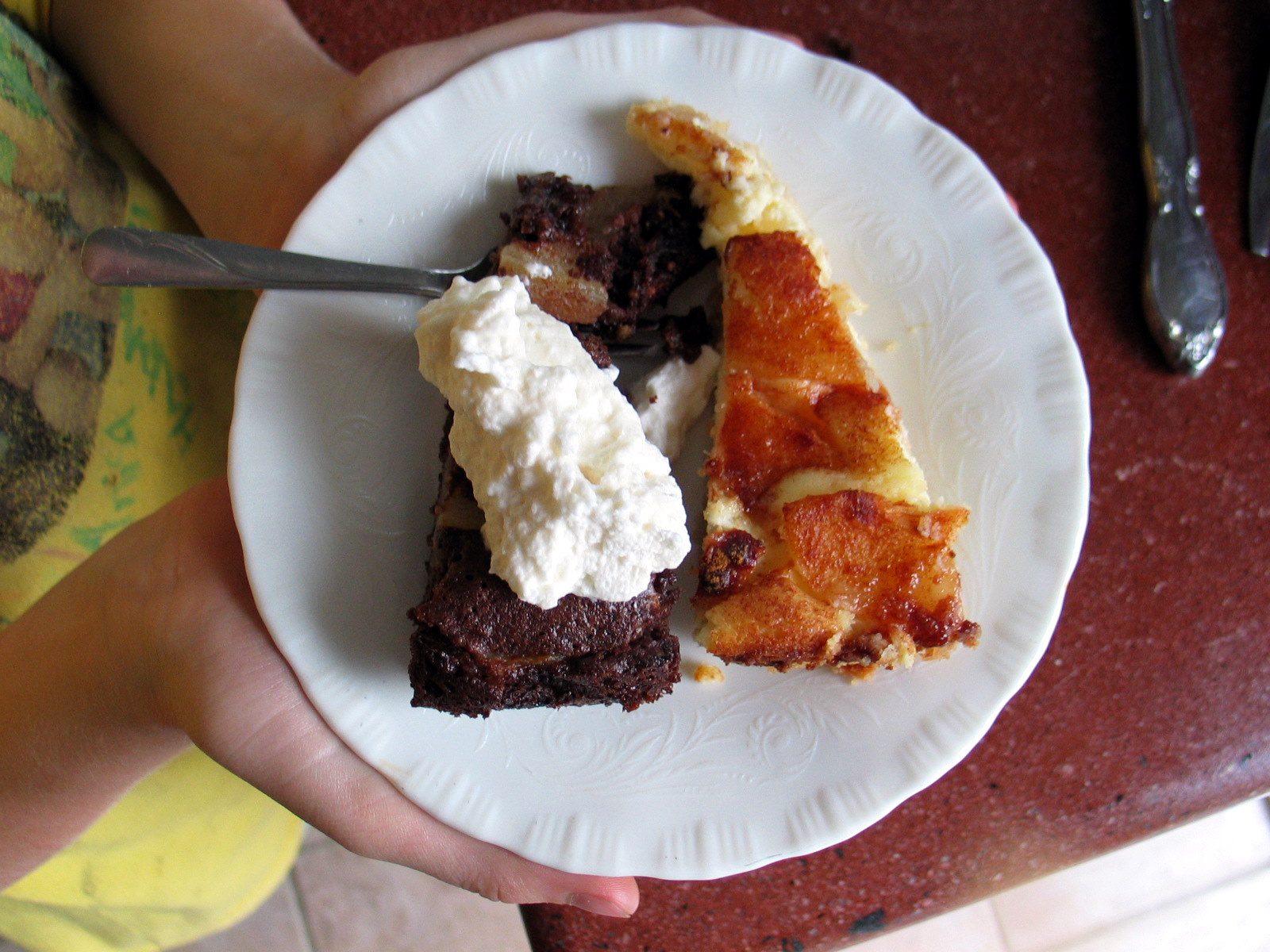 The result? They chose the almond cream, and I chose the chocolate.

Though the next day, after the almond cream had spent the night firming up in the fridge, I found myself wavering, and after splitting the last piece with Mr. Handsome this afternoon, I’ve joined the ranks of the almond cream lovers. 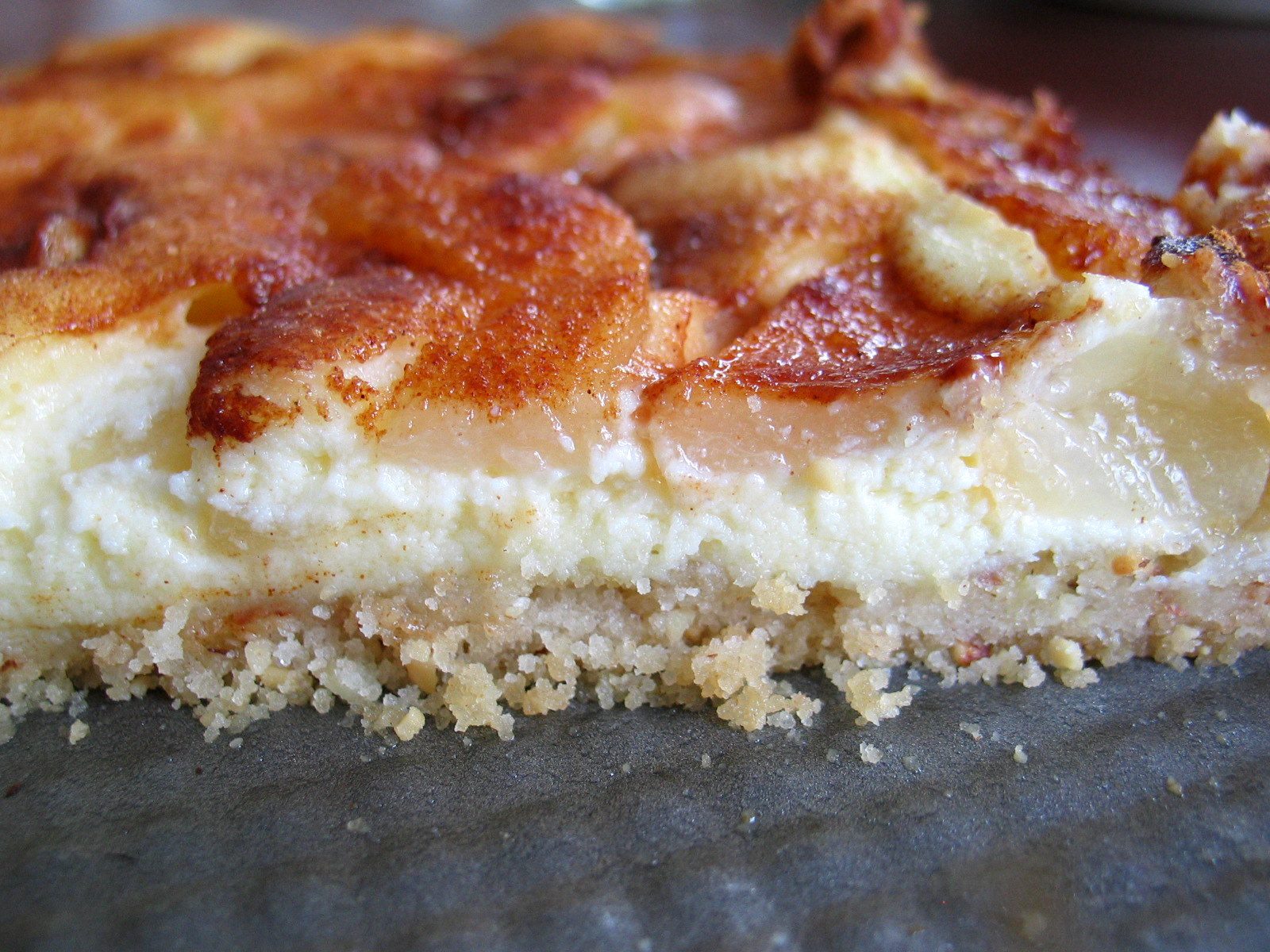 The almond cream tart sports an almond crust, a thin layer of cream cheese, slices of juicy pear, and a heavy dusting of cinnamon sugar that, after baking, melts into a glorious golden glaze. It’s like cheesecake, only more refined and delicate. 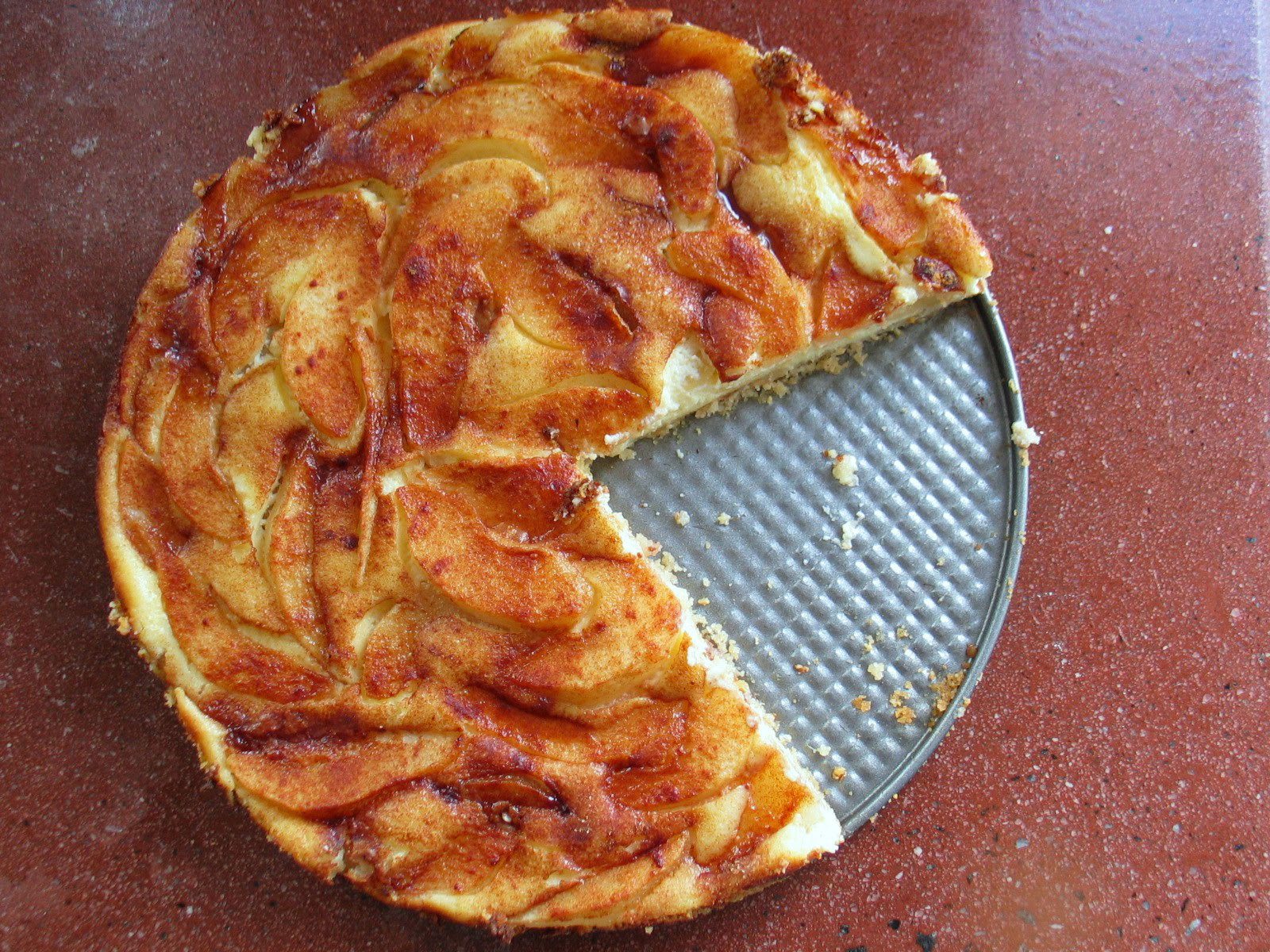 While delicious at room temperature, this tart is best after a twelve hour rest in the fridge.

Cream together the butter and sugar. Mix in the flour, ground almonds, and salt. Press the crumbs into the bottom of a 10-inch springform pan.

Beat together (no need to wash the beaters after using them to make the crust) the cream cheese and sugar. Add the egg and almond extract. Pour the filling over the crust. Arrange the pear slices on top of the filling. Sprinkle the cinnamon sugar over the pears.

Bake the tart at 425 degrees for 10 minutes and then reduce the oven temperature to 350 degrees and continue baking for anther 15-20 minutes. Cool the tart to room temperature before serving, or, better yet, chill it overnight in the refrigerator. As Zoe says, “It’s a long, hard wait but you’ll get through it.”