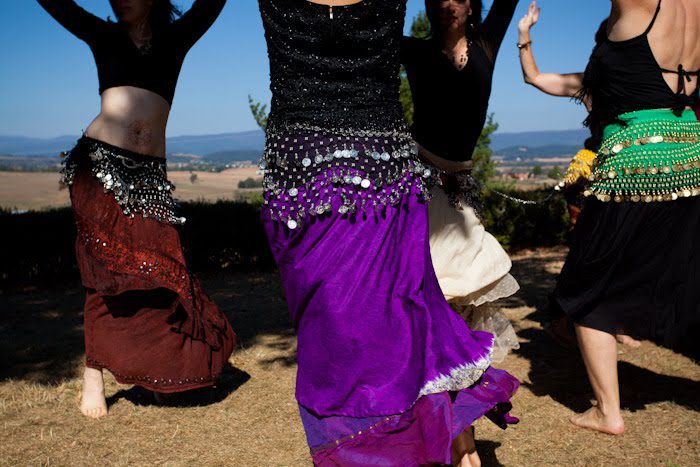 Me dancing. I still can’t quite believe it.

To understand how far out of my comfort zone I was, you have to understand that I have never worn a bikini, avoided all highschool dances like they were the plague, don’t sport a single tattoo or body piercing, and am not an up-front stage-y sort of person. That I painted my belly with henna and then showed it off in front of a crowd of (mostly) complete strangers is slightly surreal. 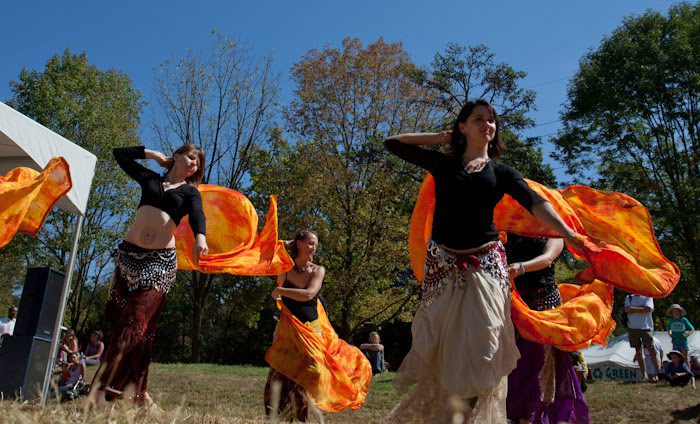 We did two dances. The first involved only six of us and some gorgeous veils. (For the veils, Rose bought reams of white silk and then she and Terri, another one of the dancers, dyed and edged them. Miss Beccaboo said they smelled like the ocean.)

We swirled and twirled and tried our best not to let them slip through our fingers or get tangled up in our jewelry—no small feat. Factor in the breeze and it became an event of Olympic proportions. 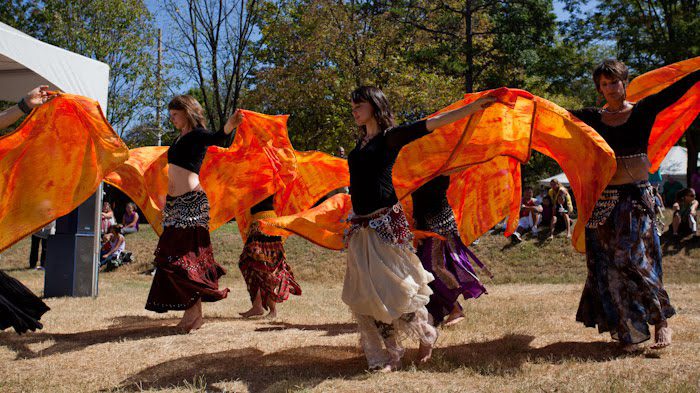 The second dance involved the whole group and much shimmying. I had to shimmy for 16 counts. That’s hard, especially when I still don’t know how to shimmy. But I just smiled and pretended I knew what I was doing. 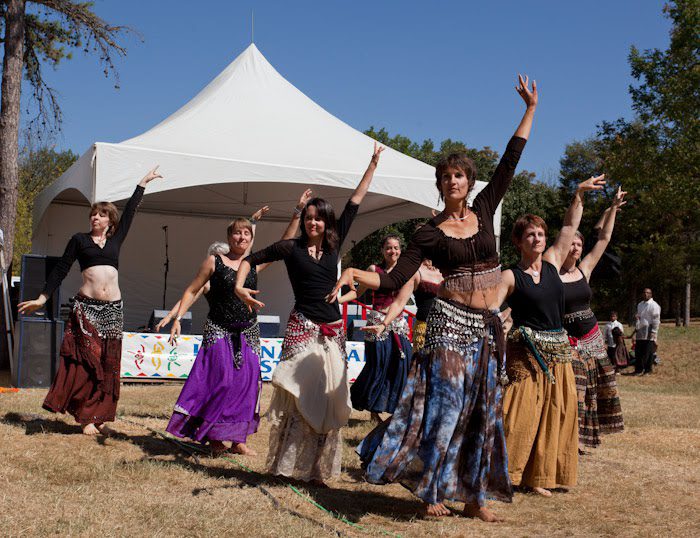 While I did confuse my left and right arms a couple times and totally lost the beat and stopped early for another part, I mostly kept my act together. I didn’t trip over the sound cables, drop my veil, or stand on the hem of my skirt and cause it to fall down around my ankles. My shirt didn’t come un-pinned and I didn’t smack any of the other dancers upside the head. Considering all that could’ve gone wrong, it was a flaming success.

A bunch of the other women decorated their hands and feet with henna. It turns out that henna shows up much darker on those parts of the body. The henna on my tummy stayed quite pale in comparison. But then again, maybe it’s just me. As Anna Maria so kindly pointed out, “Your skin just doesn’t take well to any sort of color.” And Mr. Handsome suggested that I could’ve just cut a design in a piece of paper, covered my tummy with it, and laid out in the sun for an hour or so—it would’ve provided the same effect, just with a reddish hue. 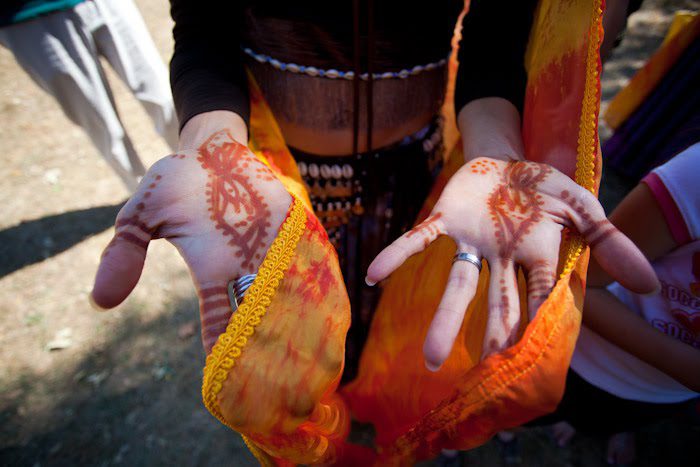 Here we are pre-dance, sweaty and nervous… 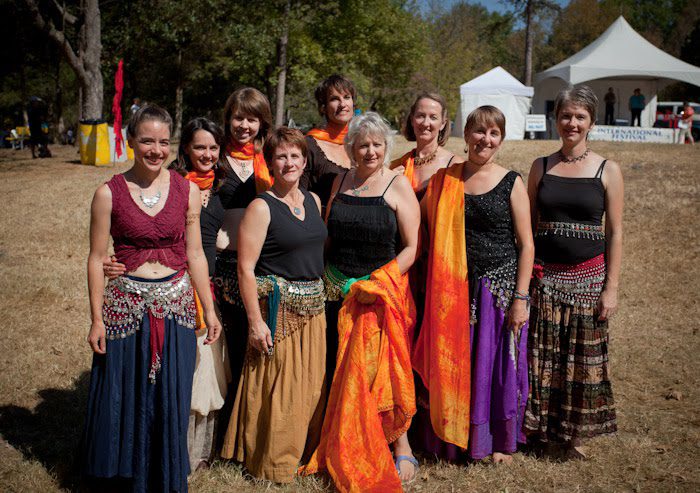 And here we are post-dance, sweaty and elated… 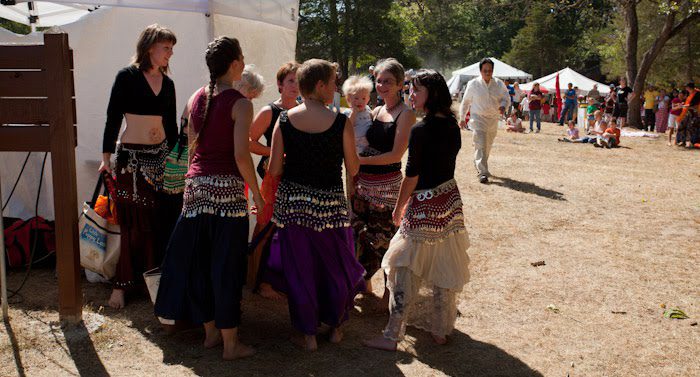 Turns out it’s hard work sucking in a belly for hours on end.

The photos are courtesy of my friend Steve, otherwise known as the husband of Anna Maria The Belly Vandalizer, the guy who helped me decide which camera to order (it’s coming in a couple weeks!!!), and an awesome photographer. To see more of his photos, visit him at stevendavidjohnson.com. Thanks, Steve!

This same time, years previous: stream of consciousness, my beginnings