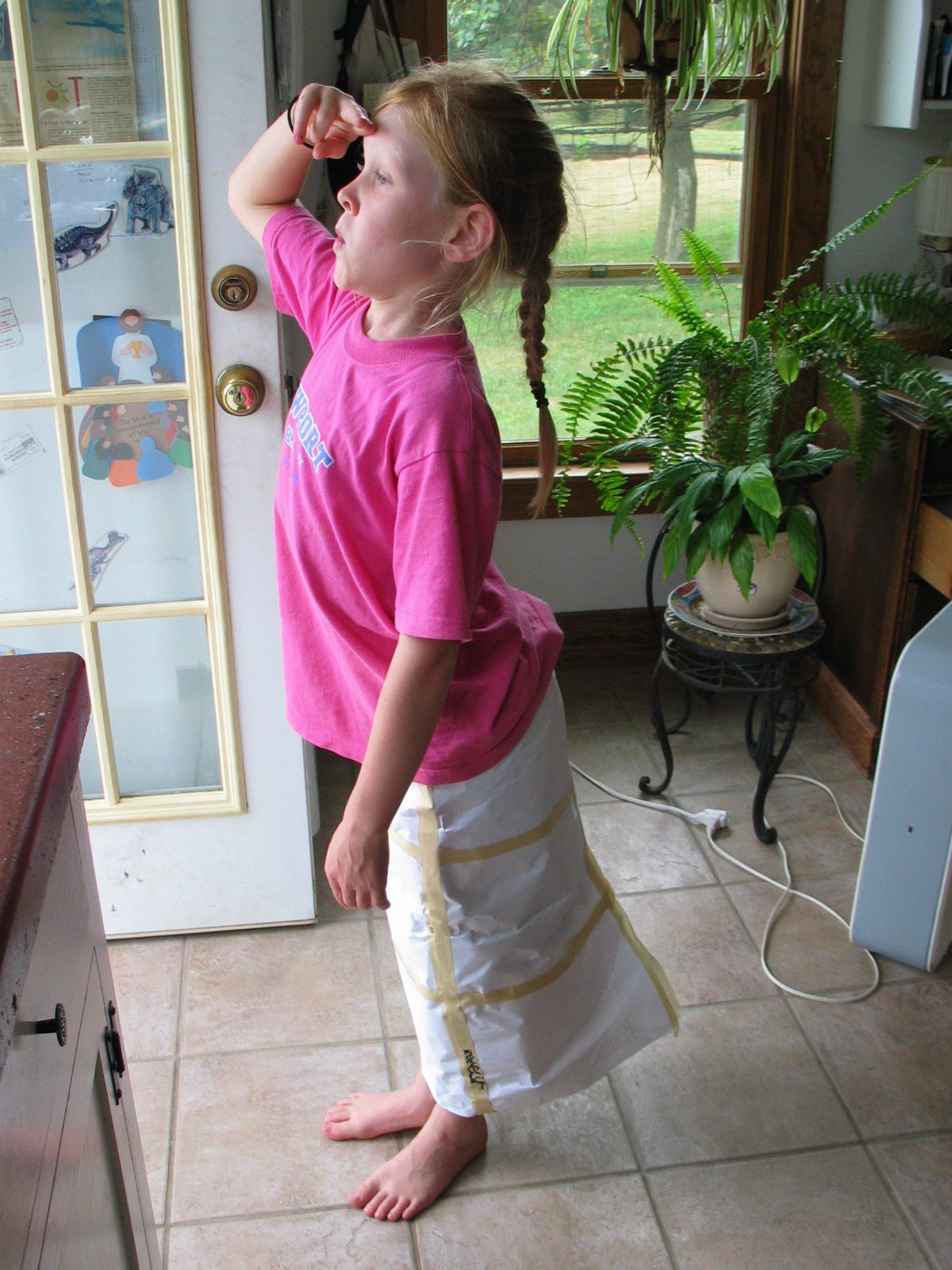 Six kids are in rest time, one in each room of the house (not counting bathrooms). Now you know how many rooms we have. It makes this house sound right small, but it’s not. The main room is actually three rooms that we knocked the walls out of when we moved in. Or before we moved in, rather. Two of us are sharing that room—the three-year-old baby is zonked out on the brown sofa; I’m chillin’ (or trying to—it’s HOT again) on the green.

Yesterday when I told Miss Beccaboo to gather up whatever she needed for rest time, she said, “I don’t need anything. I have my imagination.”

This is the type of thing she comes up with when it’s just her and her head in a room for an hour. 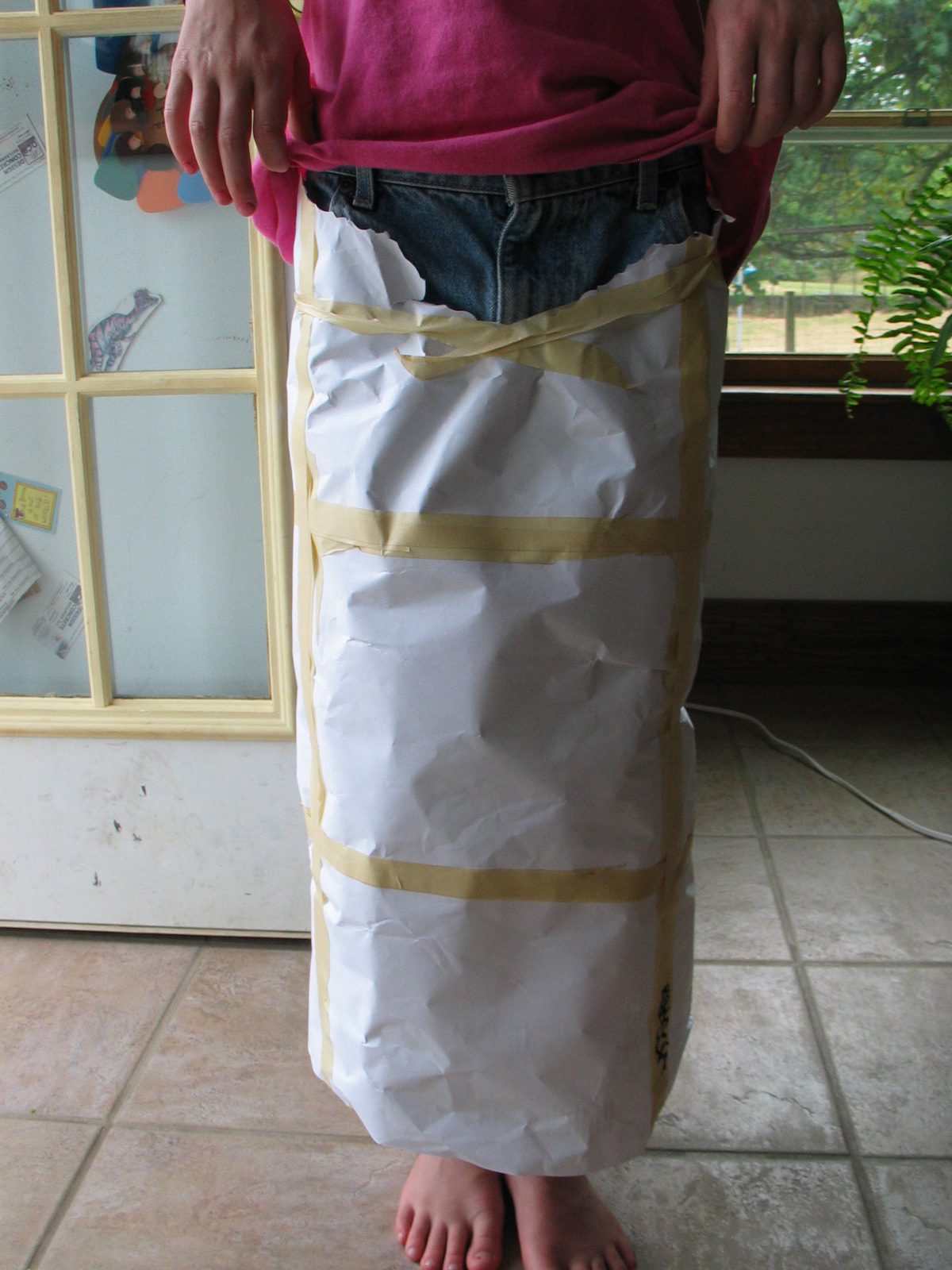 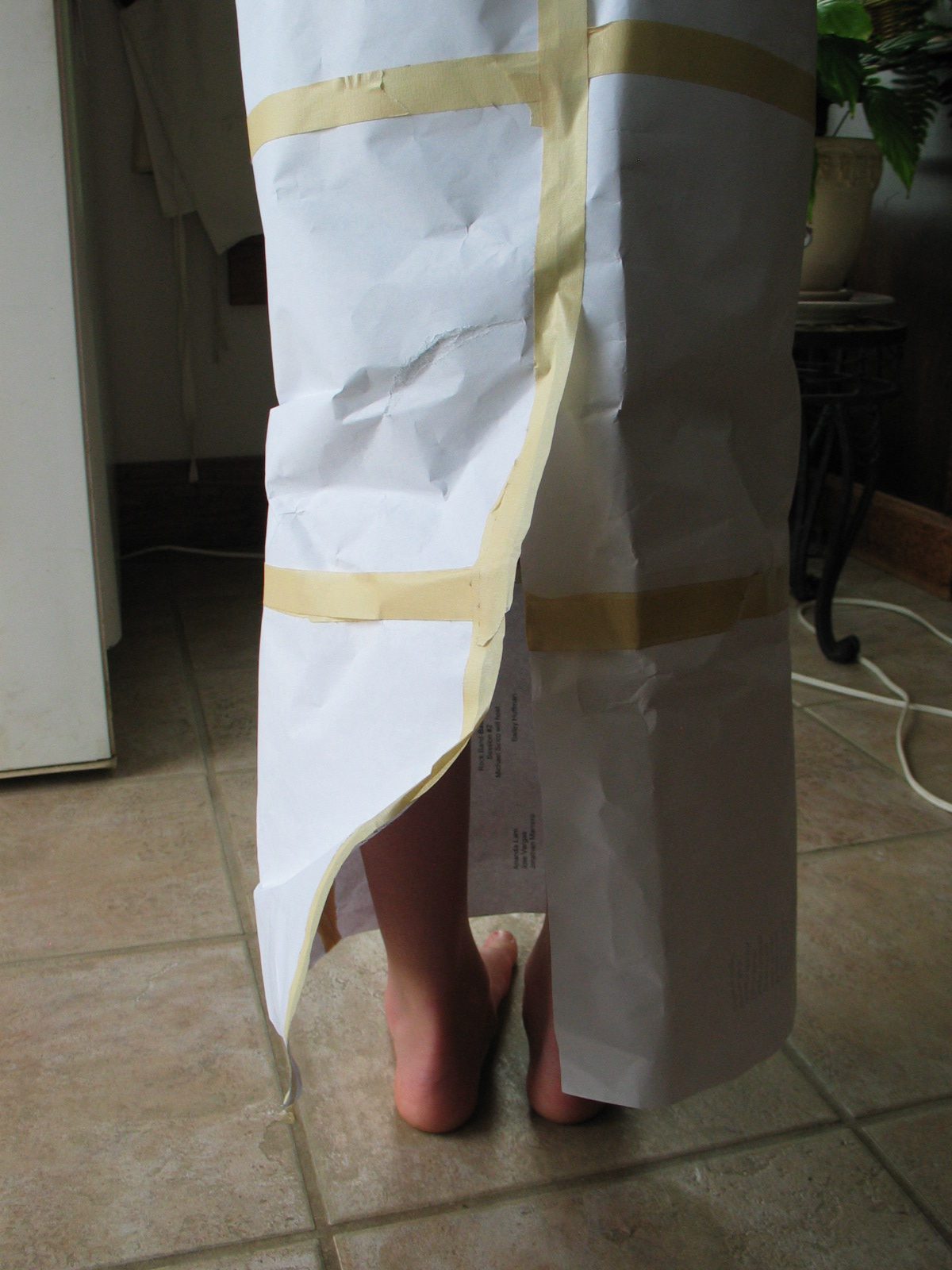 It even has a kick-pleat.

I’m thinkin’ of taking the kids to the pool this afternoon. The two extras will be gone by then and I want to wear my kids out real good so they go to bed early tonight and Mr. Handsome and I can stay up and watch a movie. I love movie nights, especially when they involve my favorite popcorn.

I’ve been getting up before six most mornings to go for a rulk; I run for the first mile and a half and then walk for a mile. This morning when the sun came up over the ridge, it cast rays just like in the picture books. I walked backwards so I could stare at it. But then I turned around and walked normal. My walk time is my think time and I have to force myself to concentrate on whatever it is I’m puzzling. I’ve been working through some ideas for an article I’d like to write, and I’m convinced that my best ideas come to me after I’ve so rudely jolted my brain awake with the pavement pounding.

We’ve had a pretty slow week. The car was in the shop for a couple days, the weather was cool, not much was happening. When the days are long, this is the type of entertainment that Yo-Yo creates for himself. 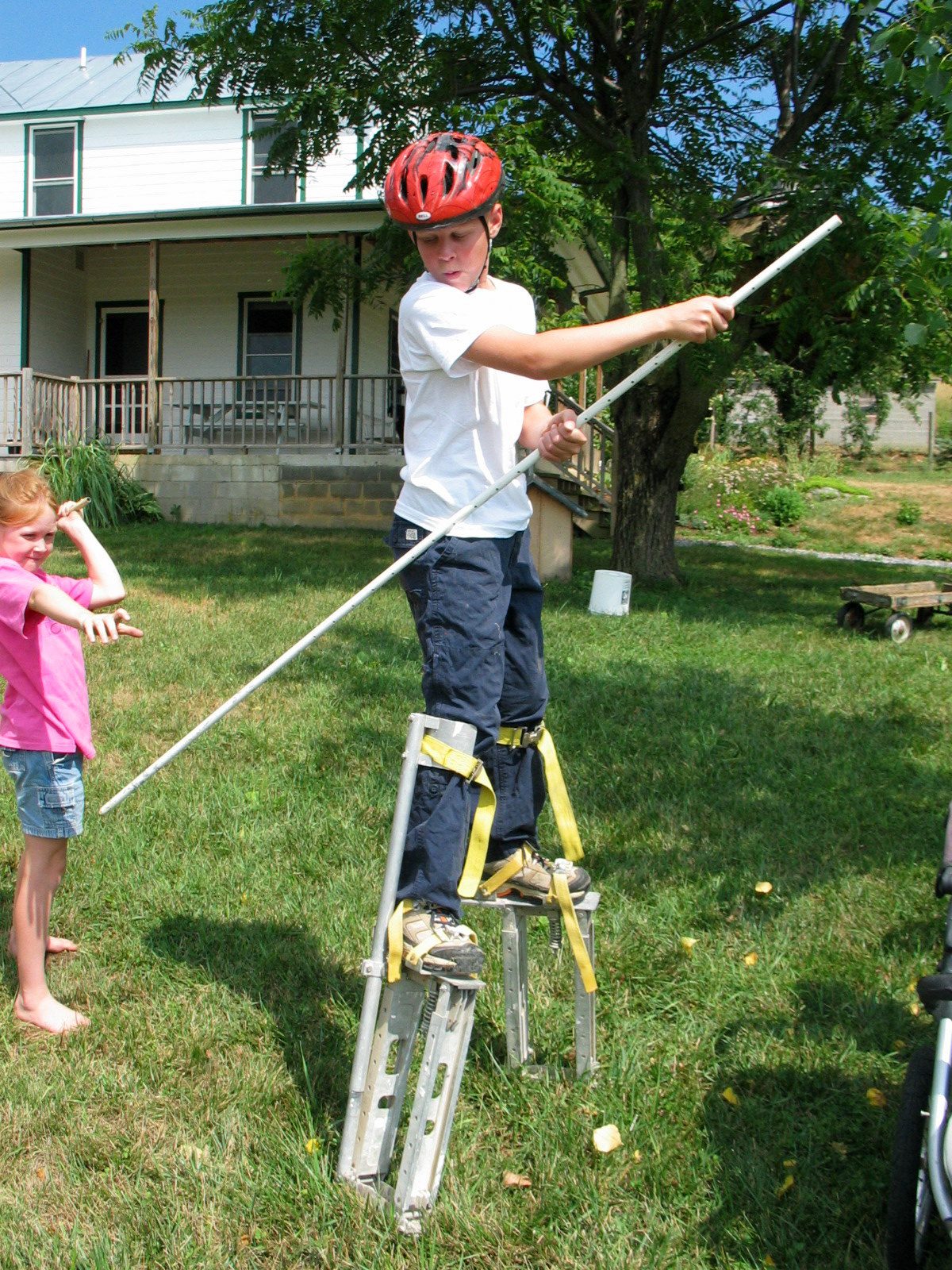 We forbid him from climbing stairs, but he’s learned to navigate hills and gravel. Whenever I see him loping over the premises, the BFG comes to mind.

As for me, my week has been filled with the same old ho-hum stuff. When our days fall into a lull like this—no evening meetings, no garden rush, no trips to town, no deadlines—I start to wonder how much of an anomaly I am. Just living, one day at a time, day after day after day. It’s probably not all that common nowadays, and, me being an extrovert and all, I often rebel against monotony, but for some reason, it’s been nice this time around. 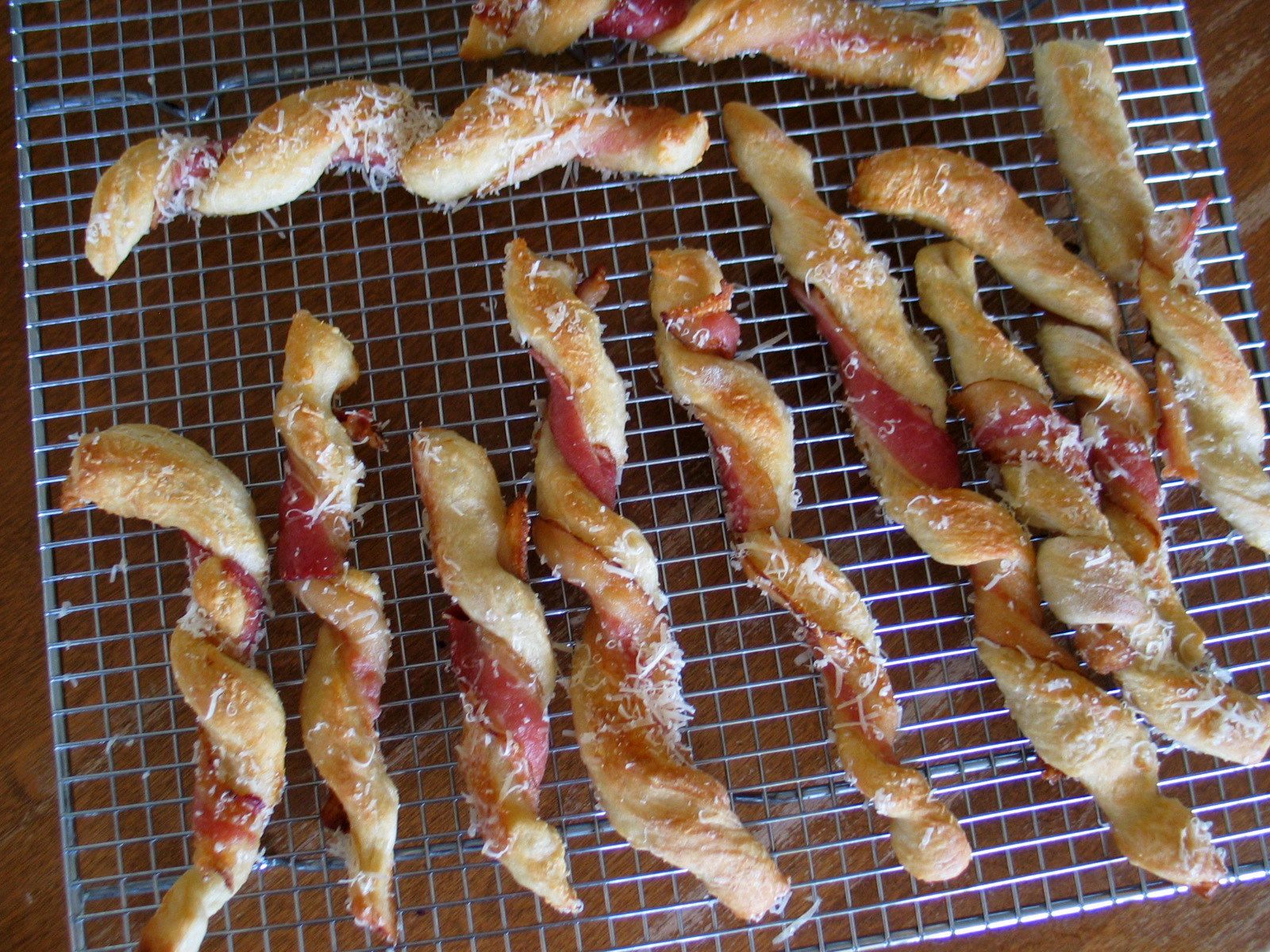 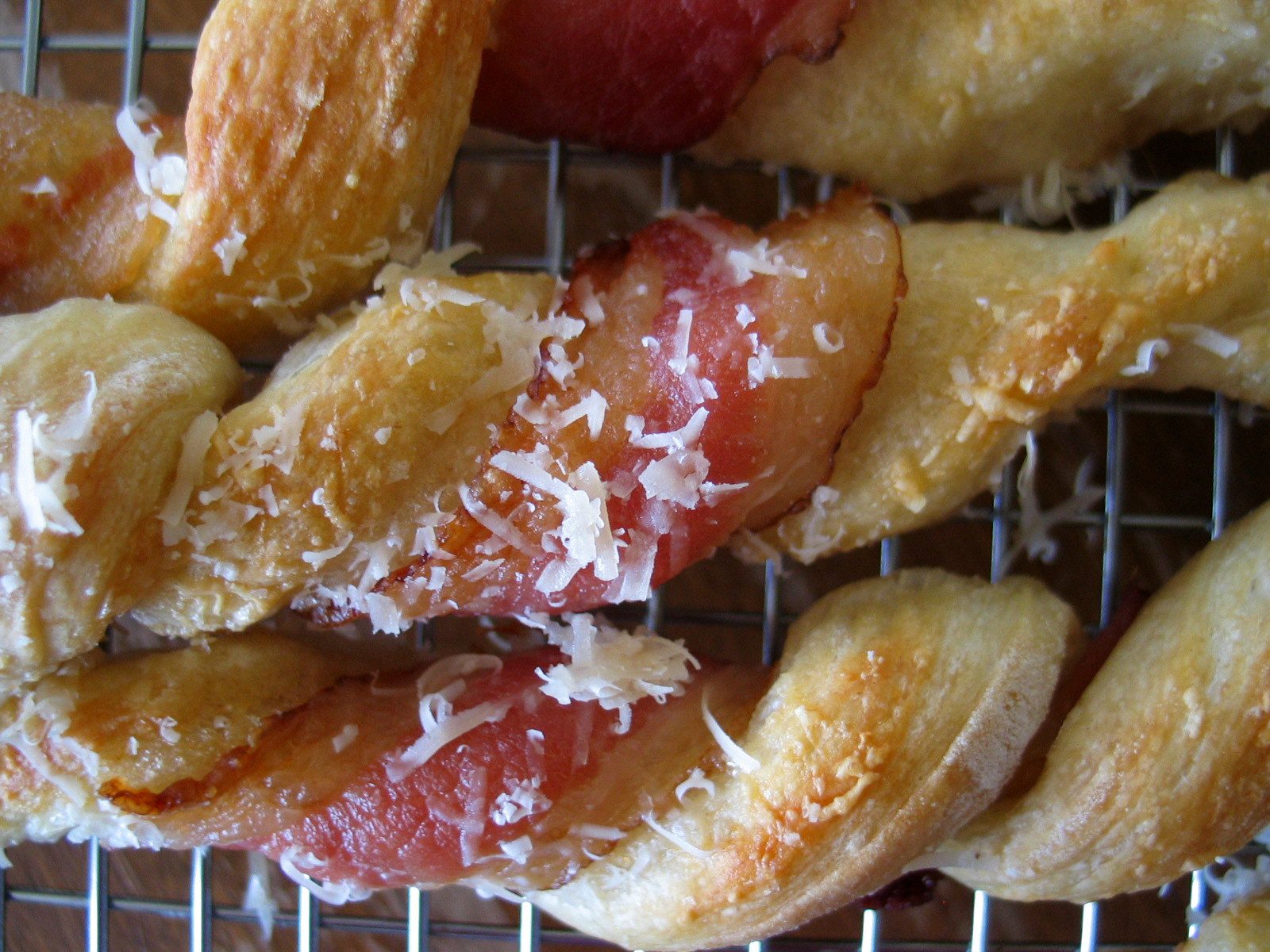 Somehow the idea of bacon-wrapped breadsticks niggled its way into my mind. I found myself pondering them when I woke up in the morning and when I lay down at night. They appeared before me in the shower and they danced in front of me while I ran down the dirt road. So I finally sat down at the computer and typed in “bacon-wrapped breadsticks” and whaddaya know, they were all over the place out there! I should’ve felt abject and deflated by such overwhelming proof of my lack of originality, but I didn’t. I’ve read Ecclesiastes, so I take this sort of thing in stride. 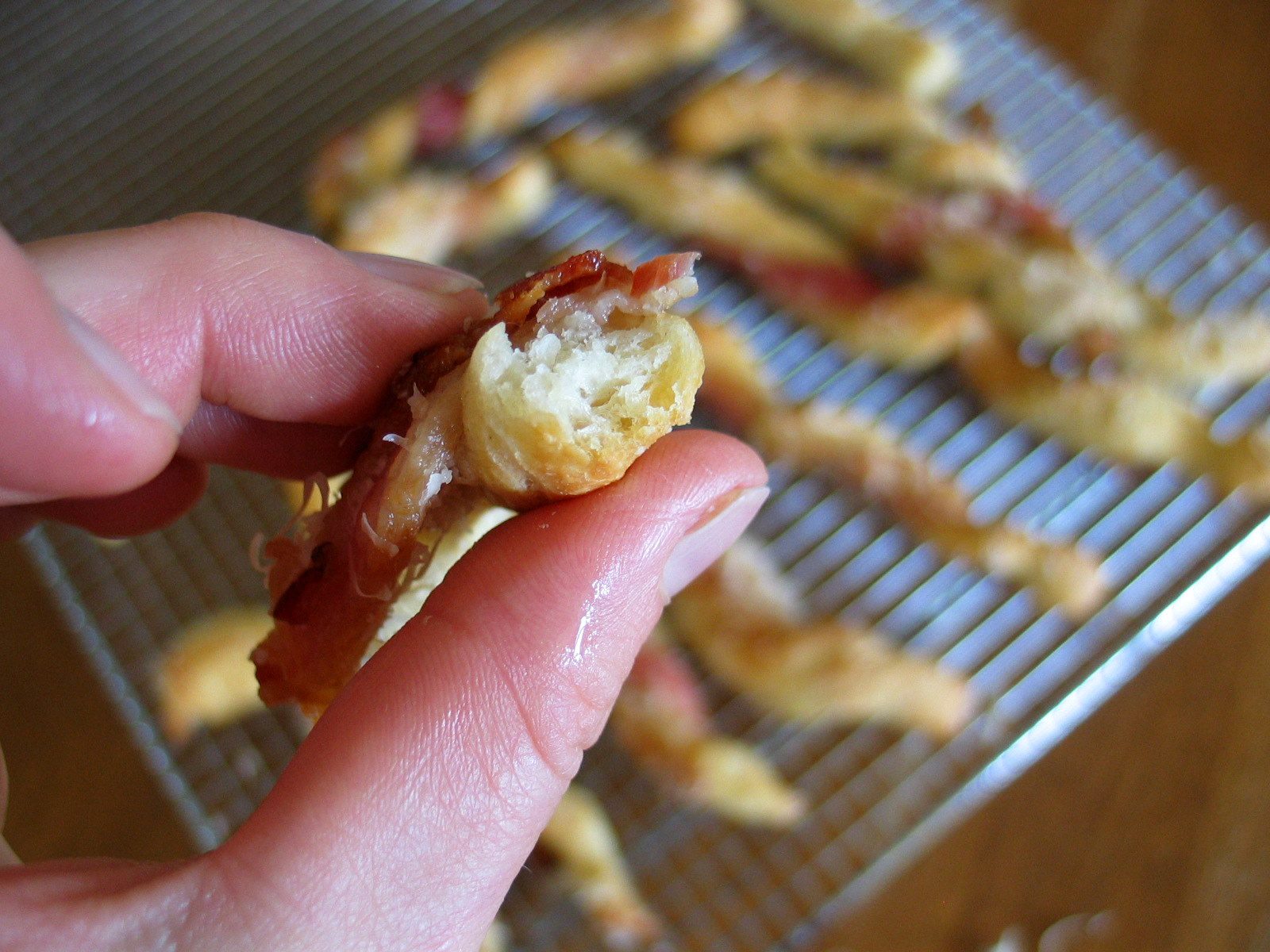 I had some leftover five-minute bread dough in the fridge, so I rolled it out, sprinkled it with a little Parmensan, cut the dough into strips, paired up each strip of dough with a piece of bacon and then gave them a hearty twist to seal the union. The strips got baked in a hot oven for fifteen minutes, and as soon as I pulled them from the oven, I rolled them in more Parmesan. 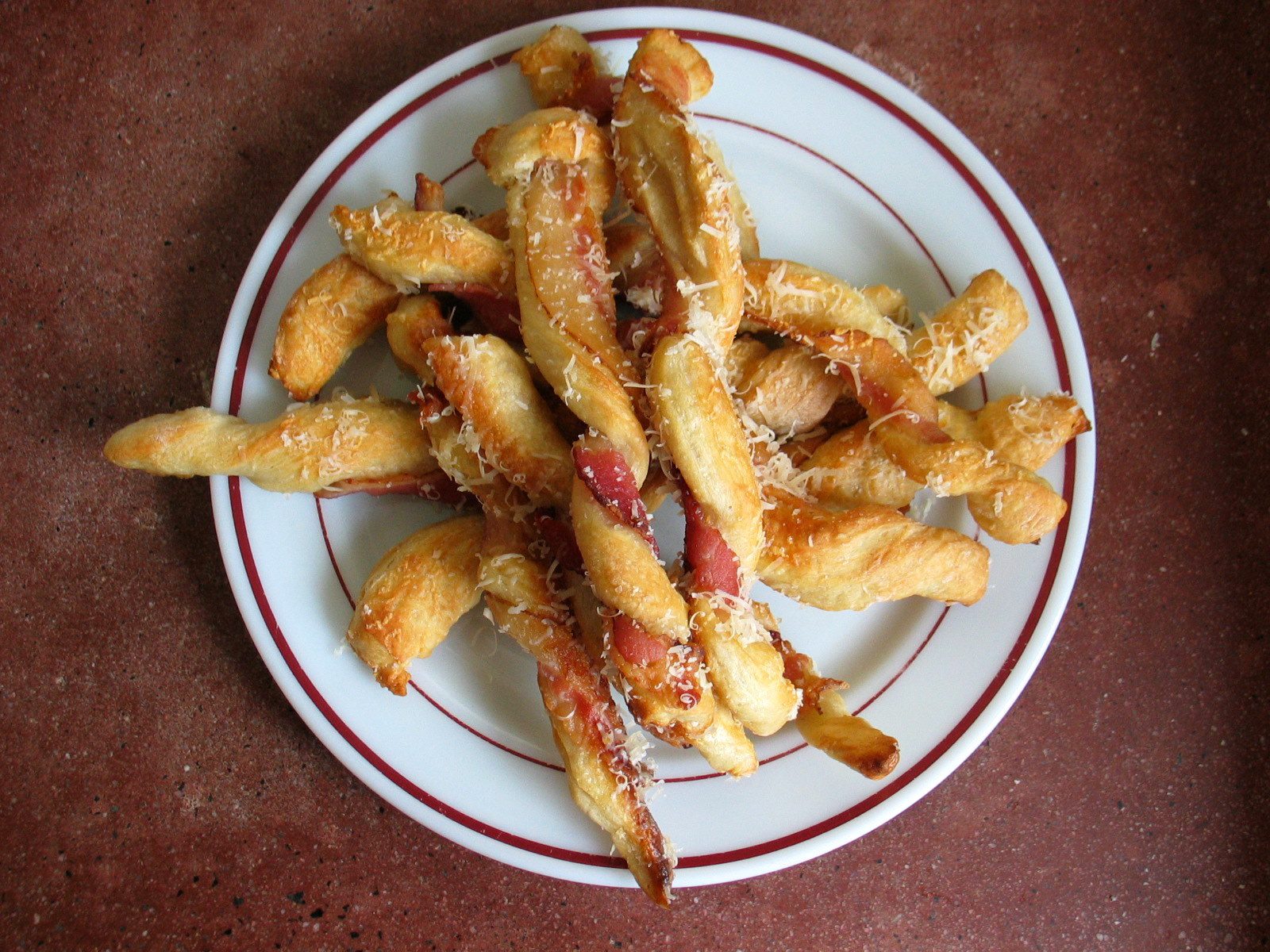 On a floured surface, roll the dough into a rectangle the same width as your bacon pieces. (If you’re making appetizers, you can cut the bacon in half, or even thirds). Sprinkle the dough with a quarter cup of the Parmesan cheese. Cut the dough into as many strips as you have bacon. Match them up, bacon atop dough, grab both ends and twist in opposite directions.

Lay the sticks on a sided baking sheet and bake at 400 degrees for 10-15 minutes, depending on the size of your breadsticks, until the bacon is brown and crispy. If the bottoms are getting too brown, you can tip them over on their sides.

Remove the sticks from the oven and roll in the remaining cheese, using your fingers to press cheese to bread and bacon, if necessary. Serve warm or at room temperature.

We ate them all almost immediately, only saving one for Mr. Handsome to taste when he got home from work, so I have no idea how they hold up. I have a hunch they would freeze beautifully, and after a quick run through a hot oven, they’d be good as new.

About one year ago: Zucchini Parmesan Frittata
About two years ago: Coconut Oil-Popped Popcorn, Chit-Chat