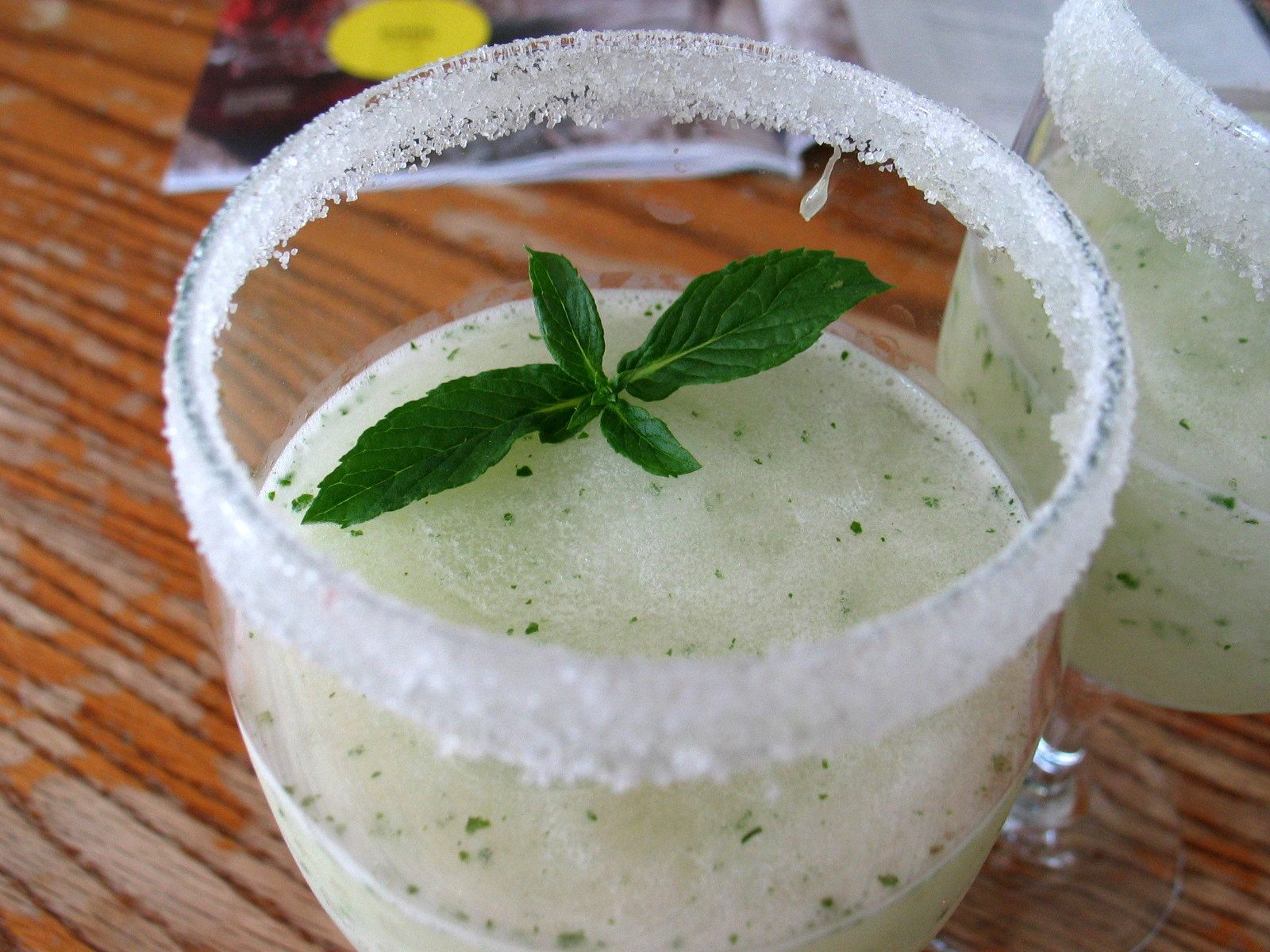 I buy limes every time I go to the grocery store whether I need them or not. I think I had about four bags of limes knocking around in my crispers yesterday afternoon, but now there are only two.

Because I made this.

I’m not really a cocktail girl. I like them plenty, but I don’t usually go out of my way to make them because they entail doing one more thing in the midst of the pre-supper crunch. Plus, they imply that you might be relaxing prior to supper and I don’t relax prior to supper—I crunch. So therefore, I have no cocktail glasses and these lovelies had to make do with wine glasses. Not that it made them any less delicious. 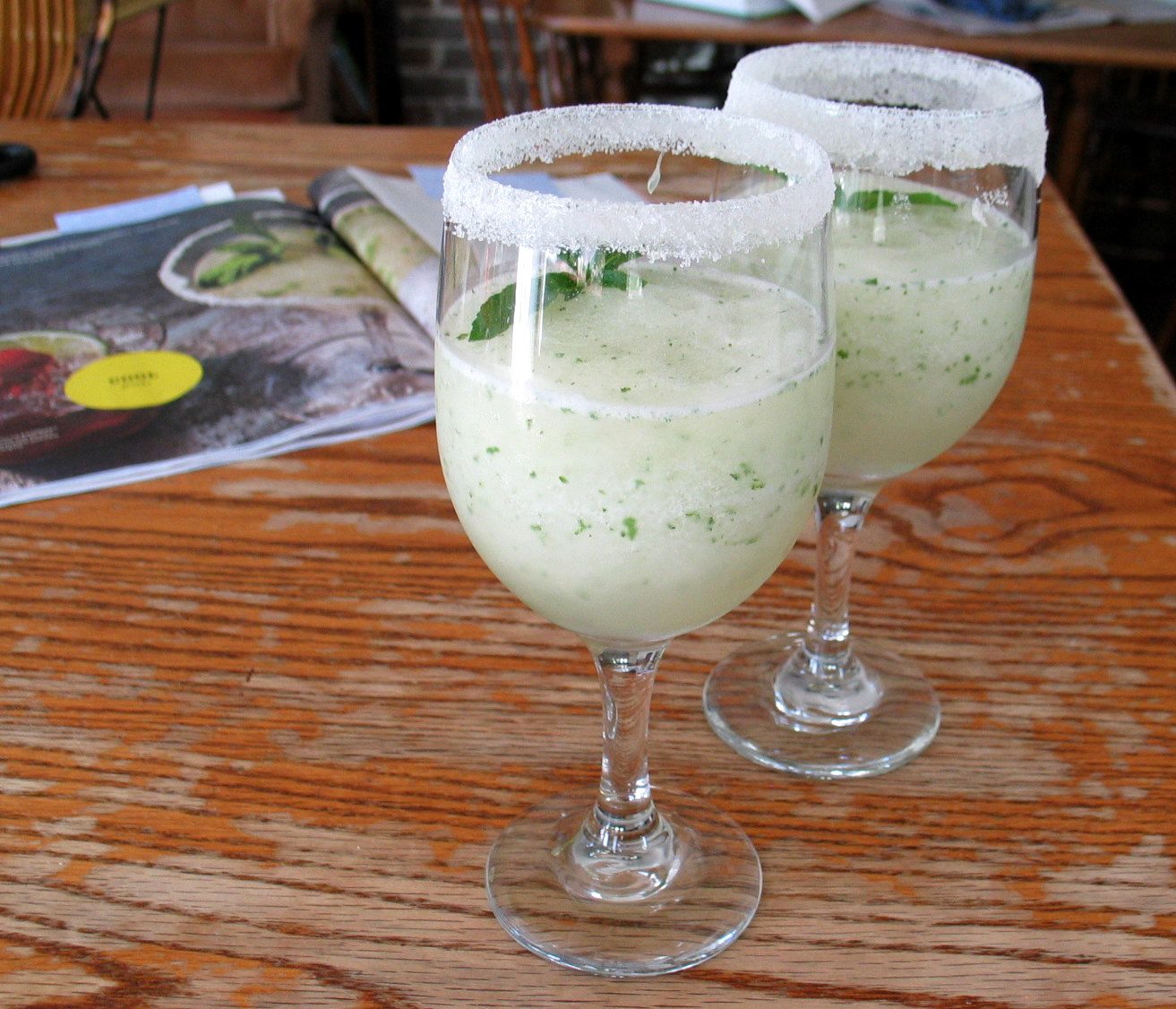 This drink has inspired me in a big way. Not only do I want to go thrift shopping for cocktail glasses but I also want to throw a party so I can share the slushy goodness with the world.

But throwing a party would mean I would have to vacuum the floors and wash the kitchen windows and pick up the bazillion socks, shoe liners and plastic cups that litter our yard. So I think I’ll skip the party and just drink them all myself. Sorry. 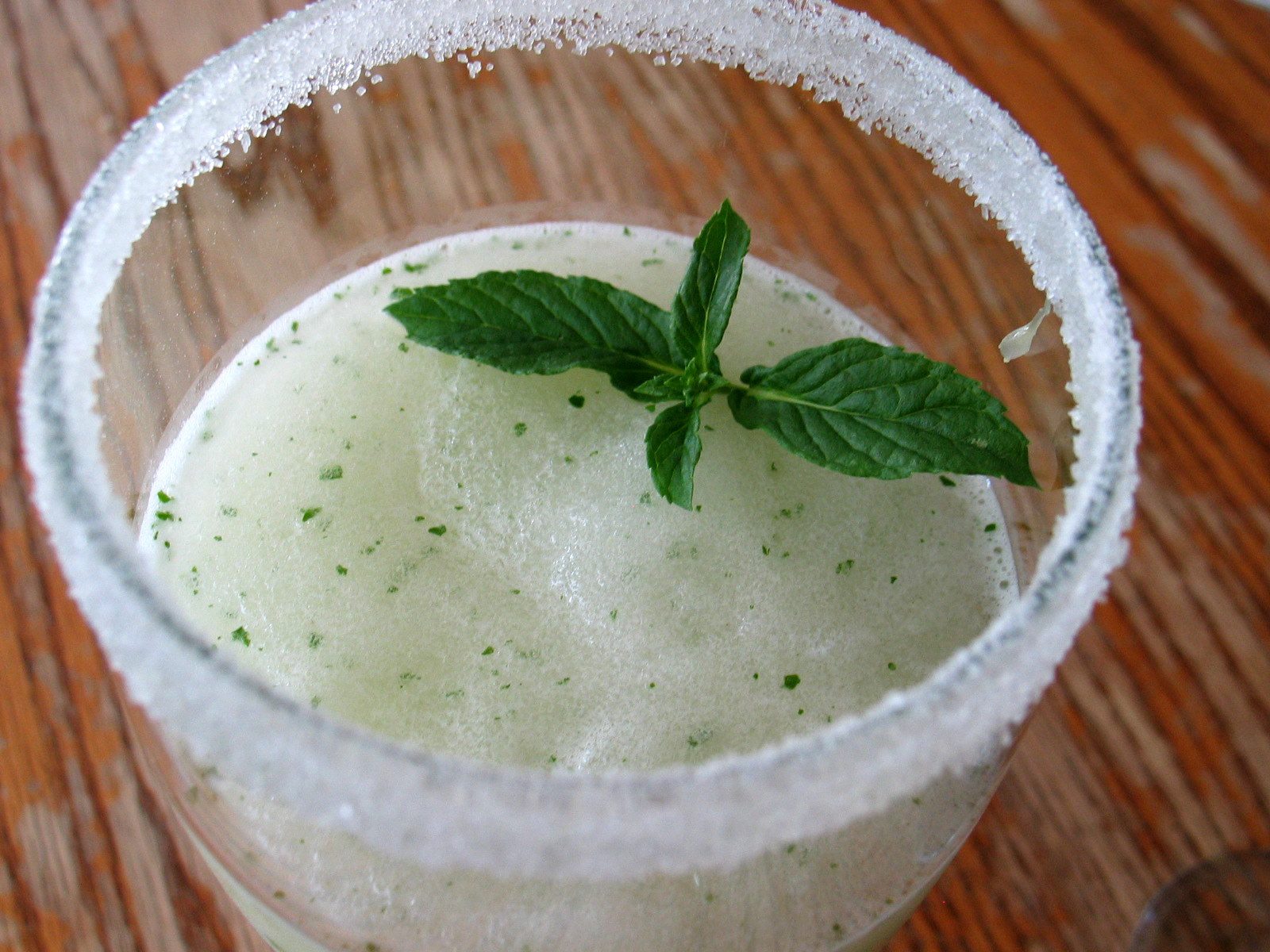 I fixed up the drinks last night (it was hot as the dickens so it was salad night which meant I wasn’t crunching) before Mr. Handsome made it back from taking the van to the garage to get it “listened to.” (Not good news, and have I told you that our washing machine on spin cycle sounds like a freight train and that it pees water all over the bathroom floor? We’re going to have to get that machine a diaper if this behavior continues.)

Anyway, before he even got home I had drunk half of mine, and when he walked in the door I yelled, “HEY!” which made him jump, and then I sprinted to the freezer where I had stashed his drink, thrust it into his hands, and demanded, “Now tell me what you think!” Then I scrutinized him while he tentatively licked the rim and took a sip.

“Shoot,” I said. “I was hoping you wouldn’t like it so I could drink yours.”

“Aren’t you even going to ask me about the van?” he prompted.

“Oh yeah. So how’s the van?” And then he proceeded to tell me something about shafts and belts, but I was so focused on watching him sip that beautiful drink and brush sugar crystals off his lips (I went a little overboard on the sugar rim) that I heard nary a word. 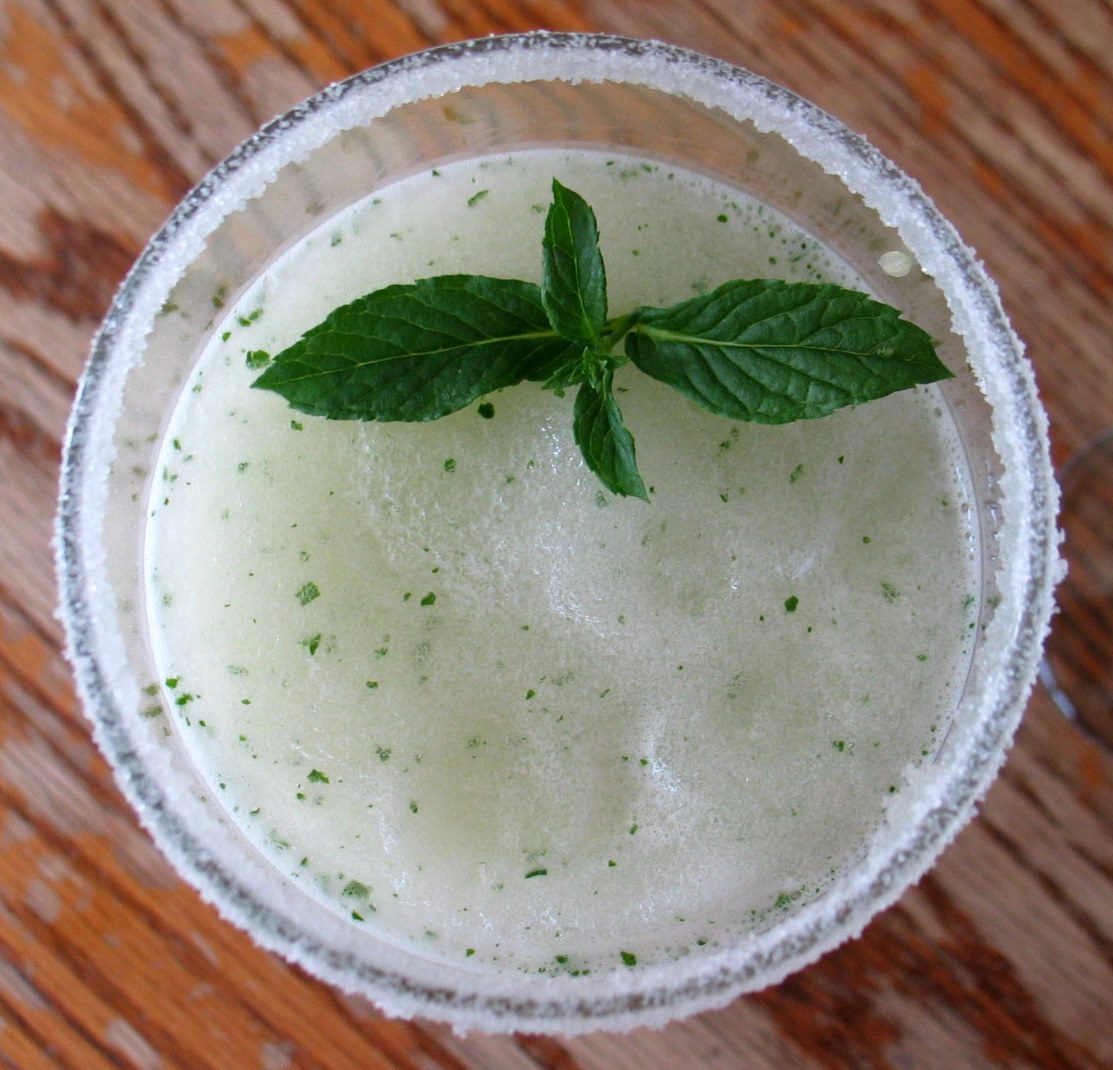 Slushy Mojitos
Adapted from the July 2010 issue of Bon Appetit

I halved the rum since I’m a modest drinker (and wanted to save room for a rum and coke [with lime!] later, shhh), but if you’re feeling frisky, go ahead and increase the amount to a half cup.

To prepare the glasses, rub a wedge of lime around the rims, wetting about 1/4 inch down on the glass, and then dip the glasses into your sugar canister.

Combine the lime juice, rum, and sugar in the blender and blend till the sugar is dissolved. Add two cups of ice and blend till creamy smooth. Add the mint leaves and some more ice (up to a whole cup) and blend till smooth.

Divide the drinks between two glasses, garnish with sprigs of mint, and serve.

Note: These can be made ahead of time and stored in the freezer for 20 minutes, longer if you’ve doubled or quadrupled the recipe. Stir and serve.