I kid you not. I didn’t know about the inch-long rip in the seam until I returned home after spending the last three hours standing, sitting, bending over, in the presence of a couple hundred people. I discovered the hole when I was climbing the porch steps and my hand brushed the back of my skirt and—goodness gracious me!—snagged on something. My fingers scrambled to relocate the hole and I yanked the skirt around to examine just exactly how much I was falling apart. It really was a hole, and not an inconsequential one either. I half bellowed-half wailed into the vast cosmos, “I WENT TO CHURCH WITH A HOLE IN MY SKIRT!”

Mr. Handsome examined the rip and then made me walk in front of him. “Nope, you can’t see a thing. The material has that black swirly stuff and the black slip underneath blends right in.”

Still. Still! Just thinking about it makes my cheeks flush.

As part of the healing process, I made some flour tortillas.

I’ve made flour tortillas before, many times, in fact, and they’ve always been so-so, a bit soft, a bit dry, but they kinda-sorta-maybe met the definition of a tortilla , so I shrugged my shoulders and figured they were as good as homemade tortillas got. 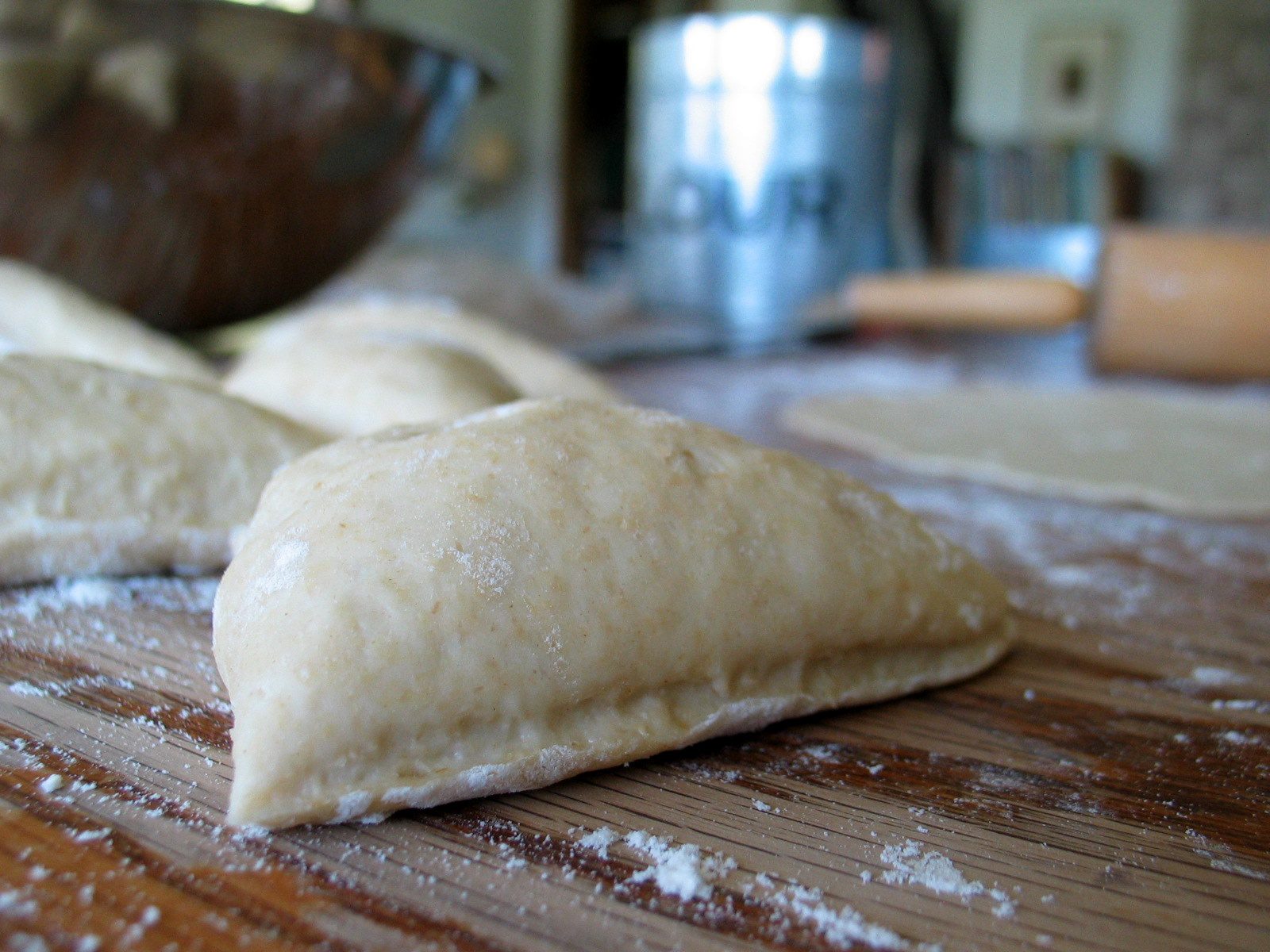 I couldn’t have been more wrong. 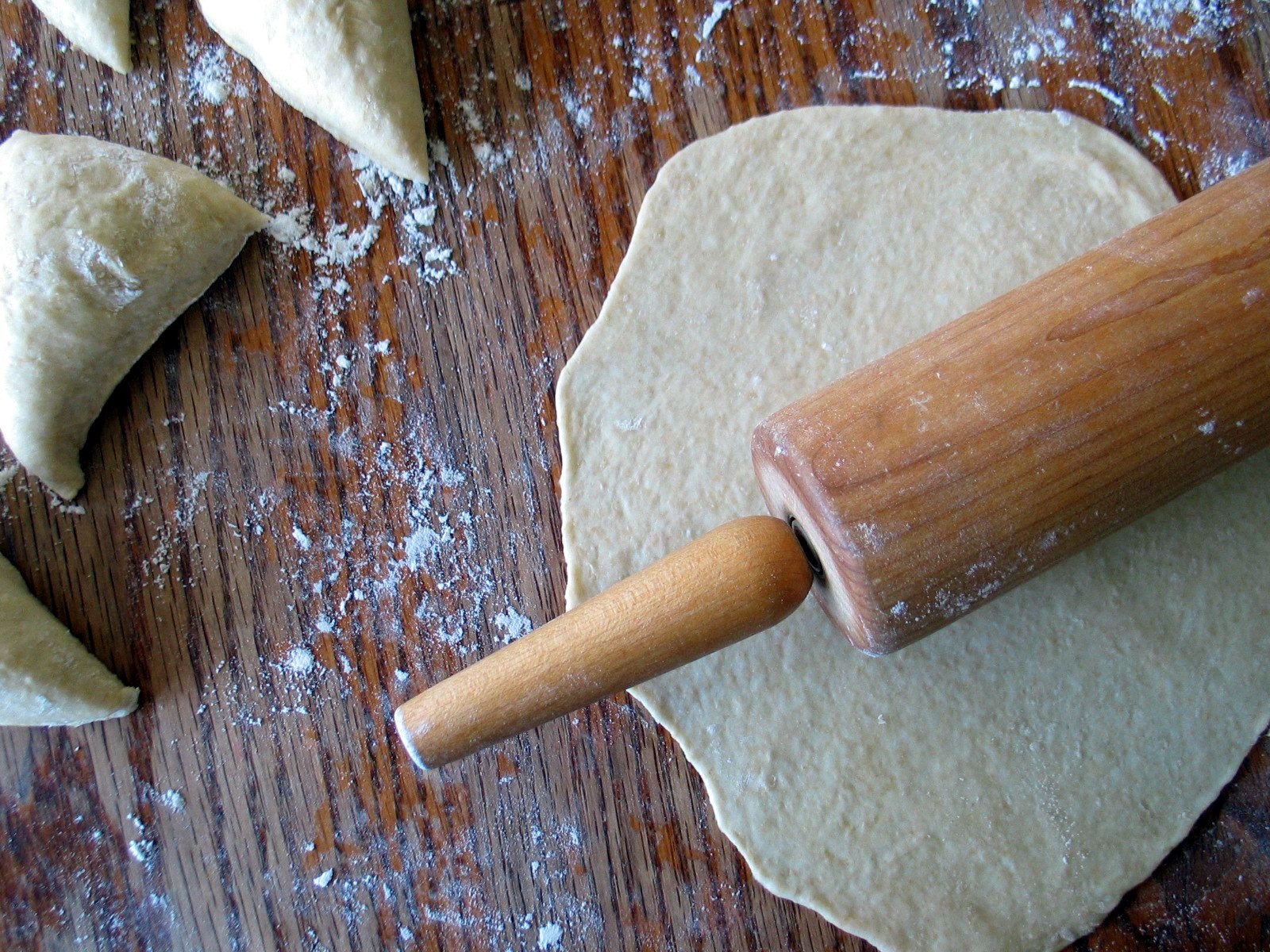 Flour tortillas are my new weapon. These tortillas are fabulously supple and toothsome, chewy and tender. They are not just the vehicle with which to scoop up beans or wrap around eggs and potatoes, but rather a delightful snack all by themselves. With them in my arsenal of culinary tricks, I can stuff bellies, slay picky eaters and charm the object of my desire.

Which would be my husband, of course, and I’m here to tell you that he has been duly charmed. (Insert tinkling bells and fairy dust.) He eats these tortillas, sighs, and then asks for more. He never asks for more tortillas. 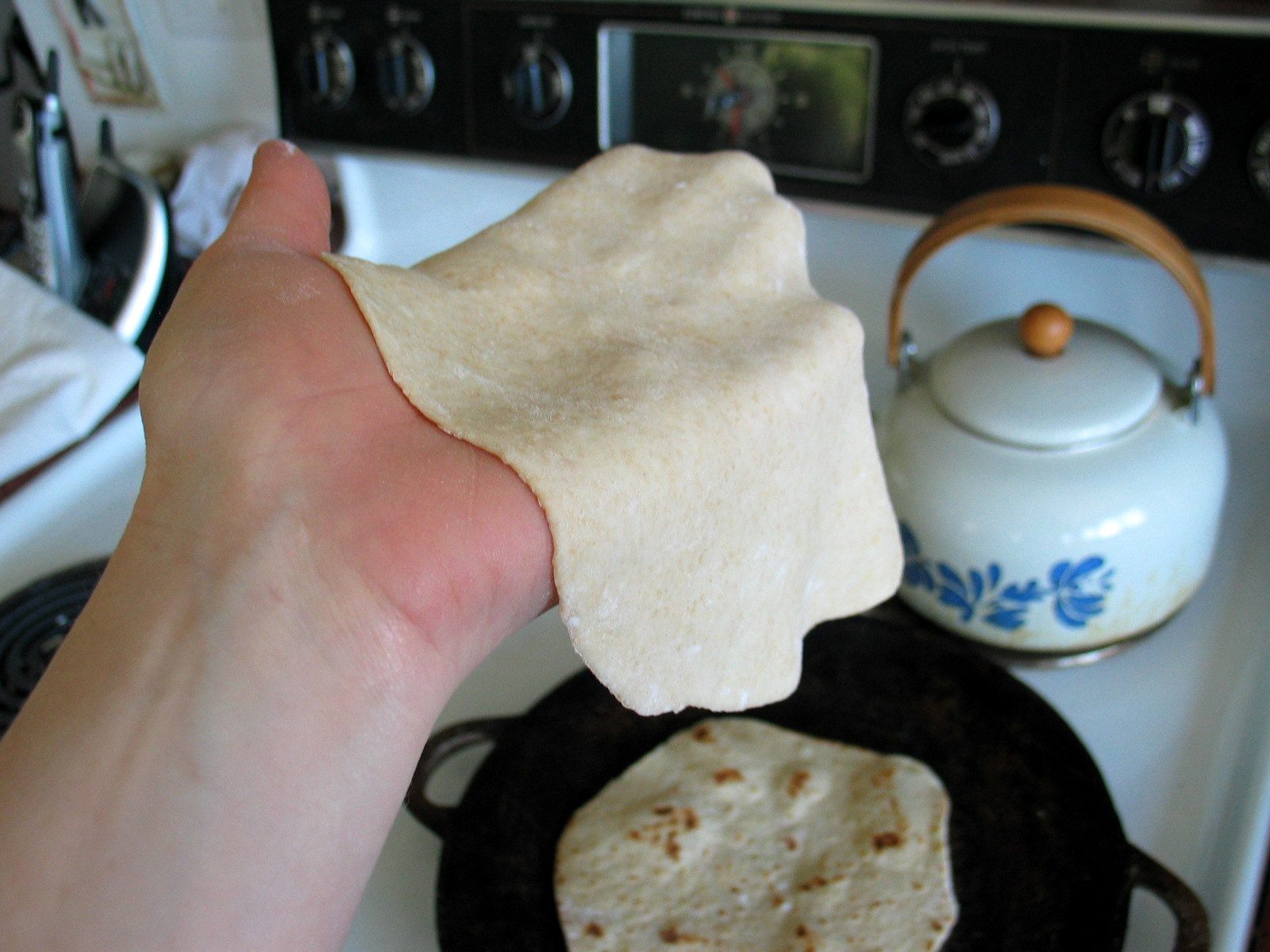 Along with the incredible texture, the other miraculous thing about these tortillas is that they are wondrously malleable. Not only are they malleable, they are bendable, wendable, twistable, turnable, foldable, and moldable. Let’s talk about this for a minute, shall we? 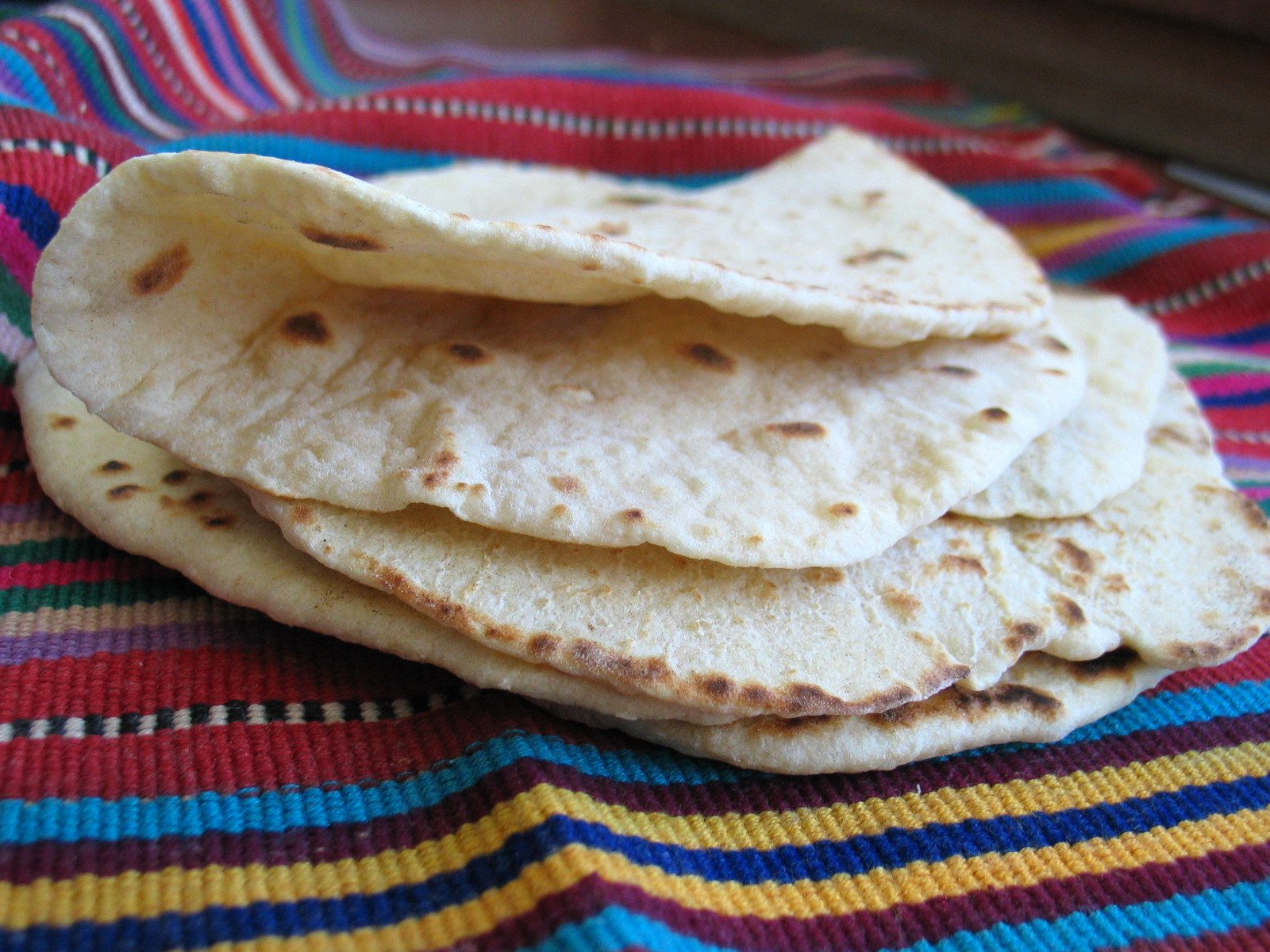 See how that tortilla is slumping over, all lazy and gentle, like it was created for the sole purpose of slumping? None of my other tortillas ever did that, at least not without screaming for mercy. 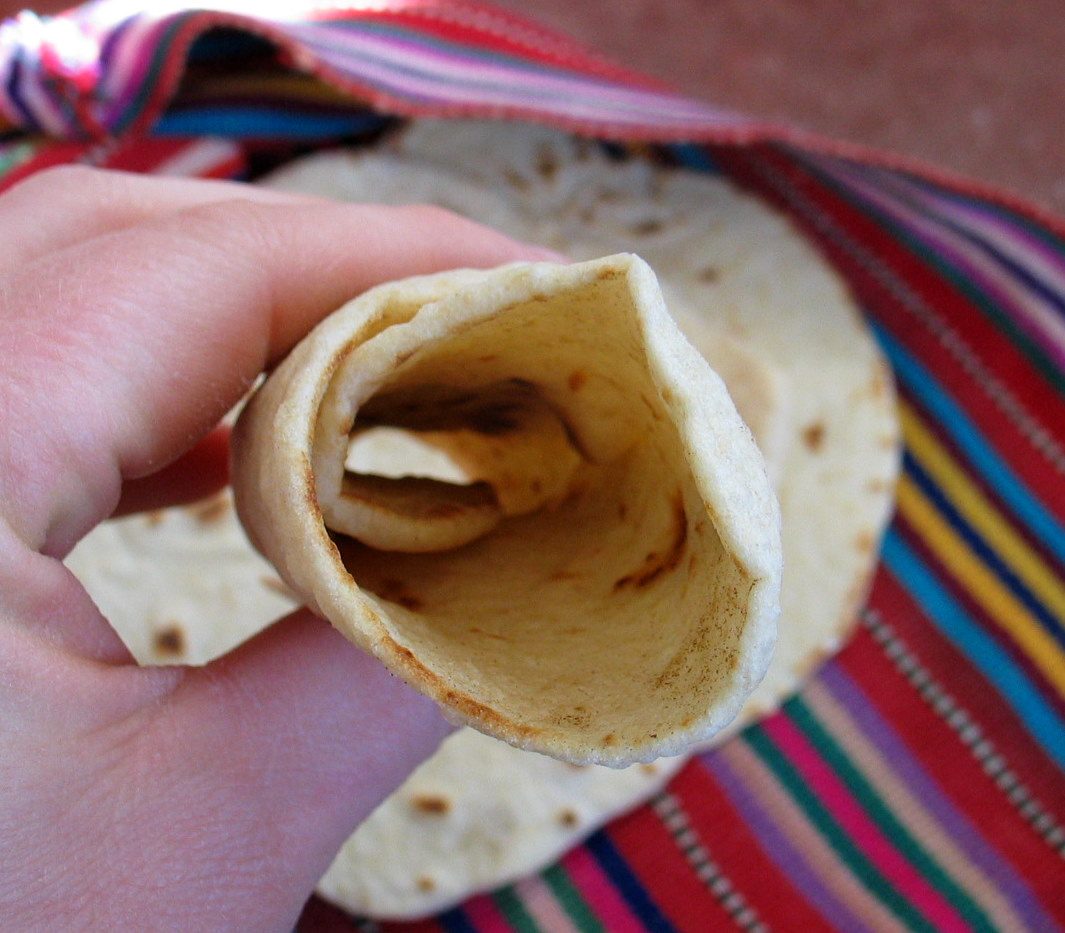 Let’s take it a step farther. The tortillas don’t just fold over once, oh no!—I can actually roll them up and they’re none the worse for wear!

This pliable-foldable-bendable-rollable component of the tortilla truly is a noteworthy point, one that calls for a justifiable bit of harping and some extreme demonstrations. Get this: I can roll the tortilla up even tighter and it still doesn’t crack! 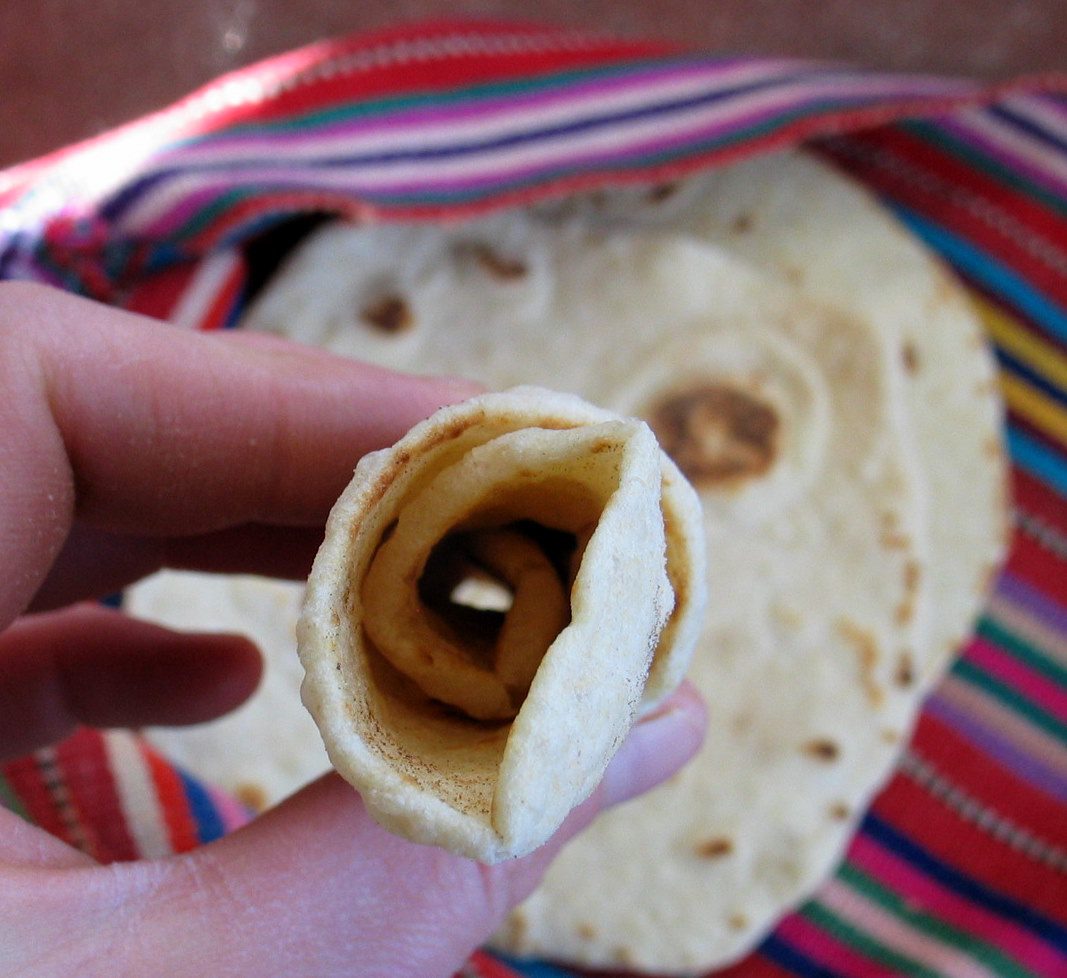 Is that not Truly Amazing?

Thank you. Thank you very much.

Alrighty then. Point made. Moving right along. 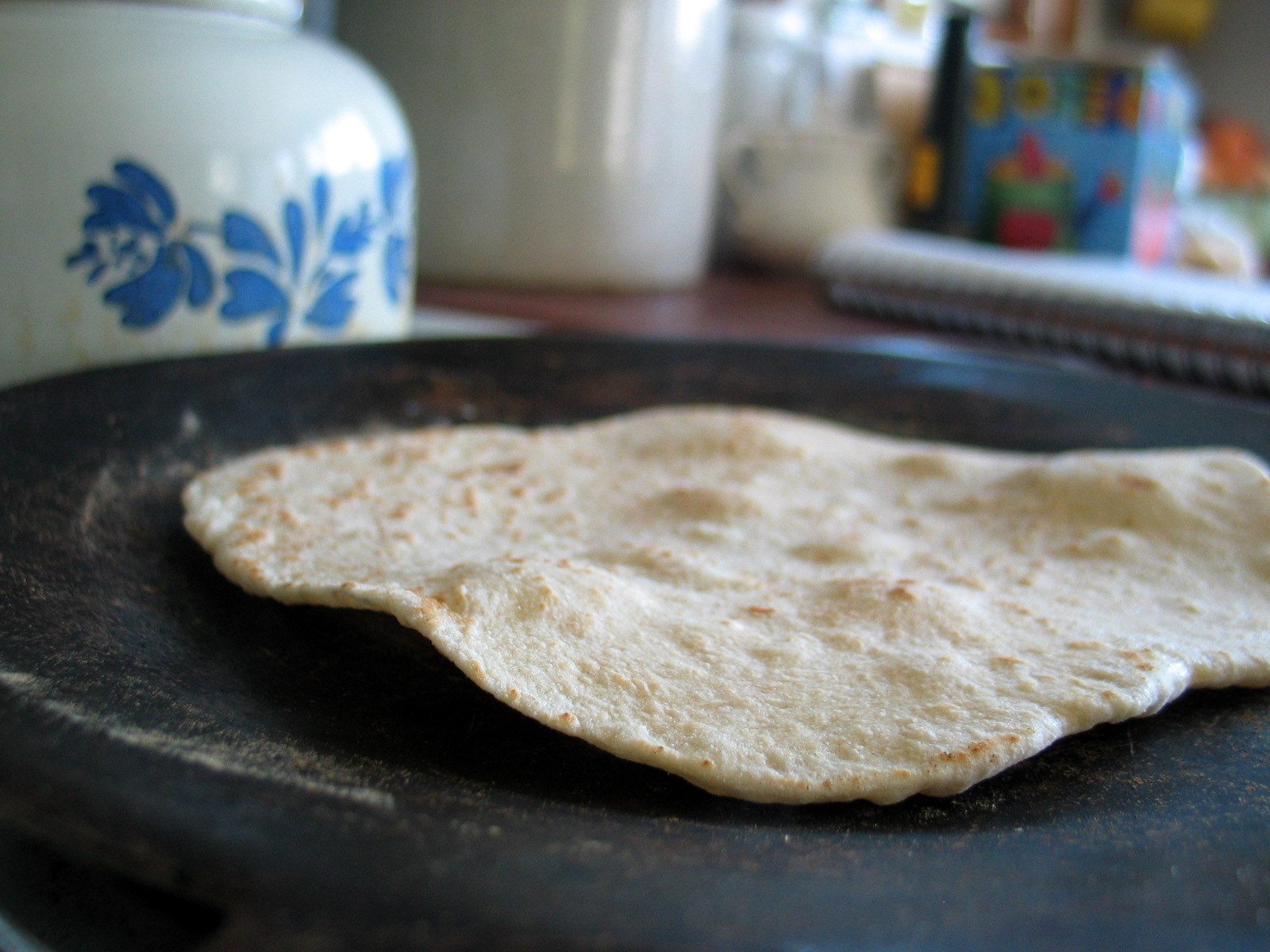 I use a comal to fry tortillas. The comal, a skillet made for the express purpose of cooking tortillas, is one of the few items that Mr. Handsome and I lugged home with us after our three years in Nicaragua. The Nicaraguan women used a comal (or, if they were too poor to purchase one, simply a piece of tin) to fry their tortillas and I wanted to be like them, but minus the open fire in my kitchen. I bought my comal from a venta in El Jicaro, the town (if it could be called that) closest to our house, ten minutes by bus (or longer, if they had to load pigs onto the roof) or an hour by foot. My comal is heavy and mostly flat, with slightly curving sides. I never use any grease on it (unless you count the cheese-grease that oozes out when I’m making quesadillas), and I never wash it, only wiping it down with a damp rag when necessary.

However, you don’t need a comal to make good tortillas. While a cast iron skillet is your best bet, any old skillet or pan will do the trick. If the Nican women could turn out luscious corn tortillas on a raggedy piece of tin, then pretty much anything will work.

I’m making a tortilla extravaganza for dinner tonight—beans and rice, egg-and-potato burritos, salsa, sour cream, cheese. I woke up thinking about it, wishing it was dinnertime already.

So, go on now. Get cracking! Stir yourself up some supple wheaty goodness, mis amigos. Pronto! ASAP! Ya!

The original recipe called for all white flour, but I swapped half of it for whole wheat. If you use one hundred percent whole wheat, you’ll get something resembling chapatis—they will be delicious, but they won’t be tortillas.

In the spirit of full disclosure, I used ½ cup of 1% milk and a quarter cup of cream. I recommend you use whole milk (I have a feeling a little fat adds a pleasant dimension), though I think any milk composition will work.

Stir together the flours, salt, and baking powder. Stir in the oil and warm milk. Gently knead for a couple minutes until the dough is soft and supple. You may need to add a couple more tablespoons of flour to ward off the stickies, but don’t overdo it. Too much flour and the resulting tortillas will be tough.

Cover the dough with a clean dishtowel and allow it to rest for 20 minutes.

Cut the dough into eight equal pieces and roll them out, using a little flour as needed, into rough circles, about 8-inches in diameter and 1/4th to 1/8th inch thick.

Fry them on a hot comal (or cast iron skillet) for about 45 seconds on each side. As you finish the tortillas, wrap them in a clean cloth. Serve warm.

To reheat, wrap the tortillas in foil and place in a 350 degree oven for about ten minutes, or heat them in a hot skillet, flipping each tortilla till warmed through. (Do not reheat in a microwave as that tends to dry them out and make them tough.)

Updated April 15, 2010: I made these again and stuck the leftovers in a plastic bag in the fridge. The next day they were as flexible as when they were fresh, exactly like store-bought flour tortillas. Amazing.

About one year ago: Easter chickens. These little critters have been making our tummies very happy…