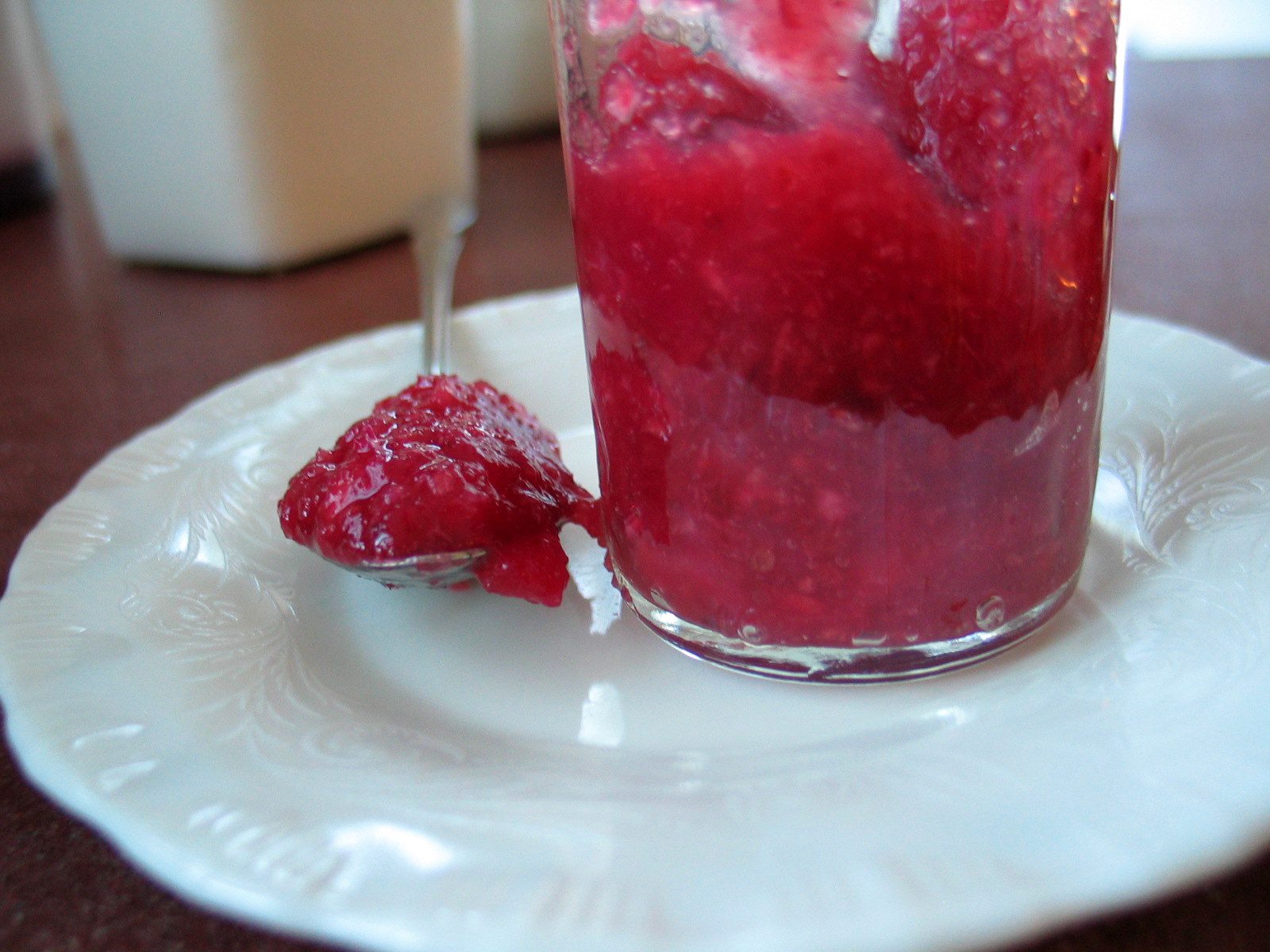 Even though it’s not the best time to talk about cranberries (seeing as we’re post-season and all the cranberries have vacated the grocery stores), I’m going to do it anyway.

But first, what’s up with the No-Cranberry-Anywhere Phenomenon? There were boatloads of the fruit in the stores from November to December and then, whoosh, they vanished. They’re not even in the freezer section. I know this because I’ve checked the freezers of the big stores, little stores, and the in-between stores.

It can’t be because they’re out of season. There are bags of blueberries, sweet cherries, and pineapple chunks in the freezers of all those stores year-round and those fruits are all out of season for most of the year. (And I’ll bet you one of my special little jars of frozen cranberry sauce that it’s easier to freeze cranberries than it is to freeze pineapple chunks.)

If I had known that cranberries aren’t carried in stores for ten months of the year, I would have stocked up in November. In fact, I’m marking my 2010 calendar right now, November 15: buy scads of cranberries. If you’re a cranberry lover, you might want to do the same. Go ahead and write it down; I’ll wait. 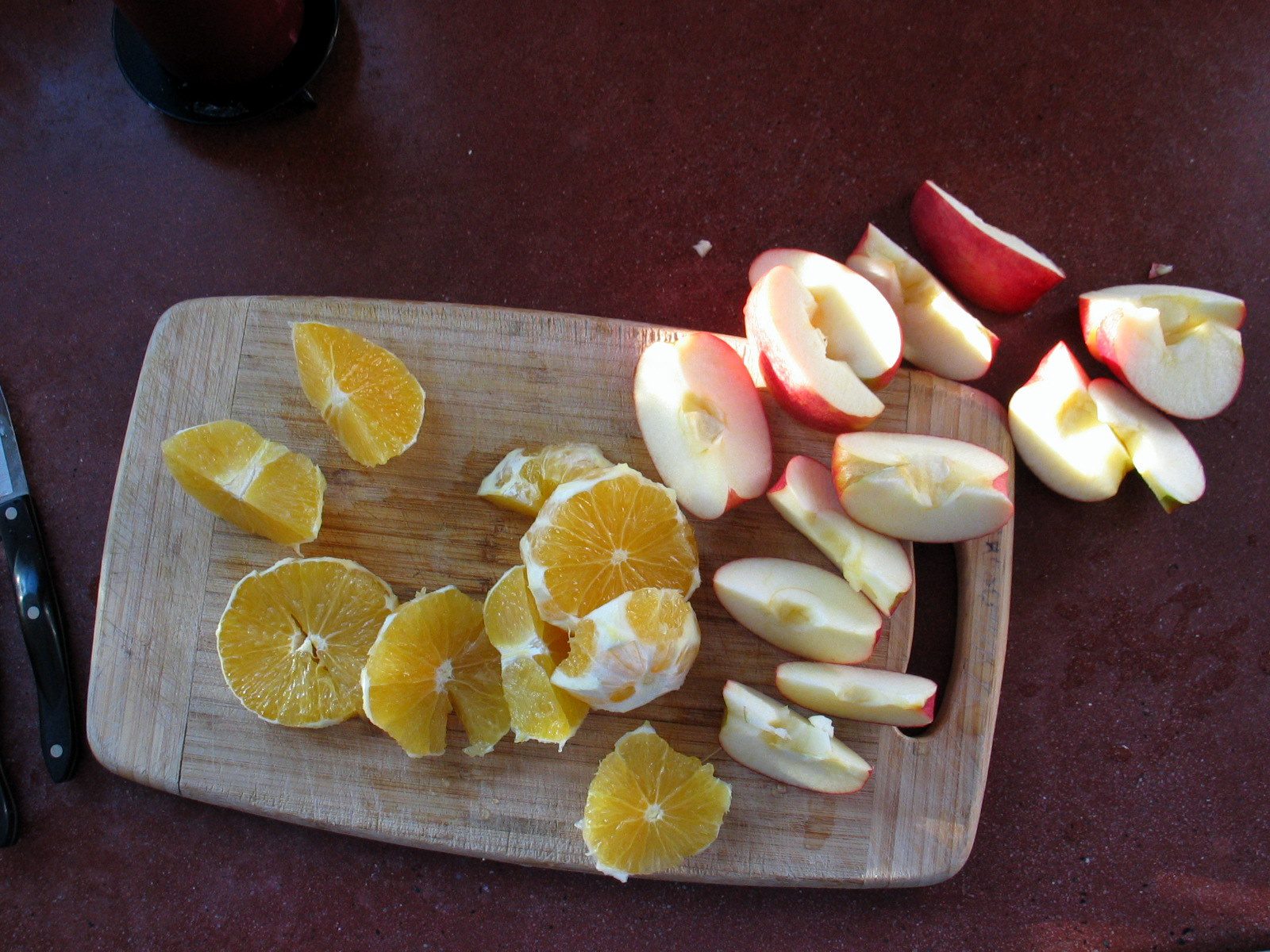 For the past several years, I’ve always had cranberries in the freezer. Maybe at one point I got wind of the upcoming cranberry shortage, stocked up, and then promptly forgot about the annual cranberry deprivation? Possibly. I forget to do a whole bunch of things if I don’t write it down on the calendar, stuff like renew library books, take food to a church potluck, tithe, and pee. (Just kidding about the potty break part.)

About a month ago, I mentioned—maybe in a post, maybe in a tweet—that I was on a cranberry sauce rampage, in search of my favorite cranberry sauce. There are a ton of recipes out there (just type “cranberry sauce” into the search bar of Epicurious if you don’t believe me), so the task was rather daunting. I ended up making three sauces: two cooked (candied ginger, Grand Marnier, and dried sweet cherries in one, and white pepper, ginger, and orange zest in the other) and one raw (with cardamon, molasses, and maple syrup). They were all good—strong, tart-sweet, and very cranberry—but none of them leaped out and grabbed me ’round the neck. 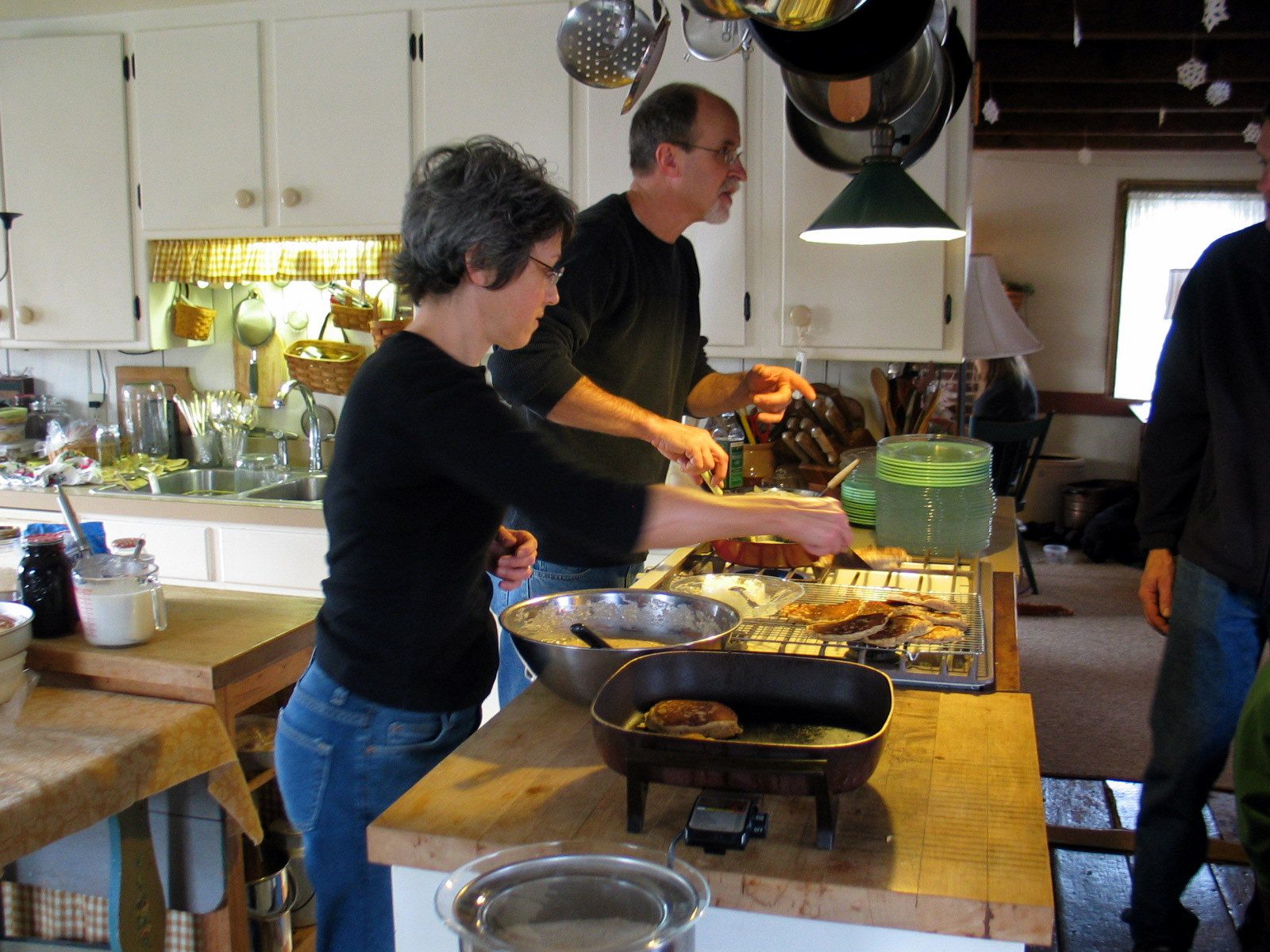 And then I went to my Aunt Valerie’s and had her cranberry relish. Now, this relish is not the same as cranberry sauce—less solidly cranberry and more fruity—so it did not solve my sauce issues. (I am officially accepting any and all cranberry sauce recipes. Do you have a favorite you think I might like? Leave it in the comments, and thank you very much.) But it was sweetly tangy and very fruity, light, fresh, and relishable. I liked it quite much. We ate it with ham for Saturday’s noon meal, and then again on Sunday with the made-to-order omelets and tea ring. There were a couple glass dishes of plain yogurt on the breakfast table, and I wisely thought to try some yogurt with the relish—a delicious blend of creamy, tangy, and sweet. I was hooked. 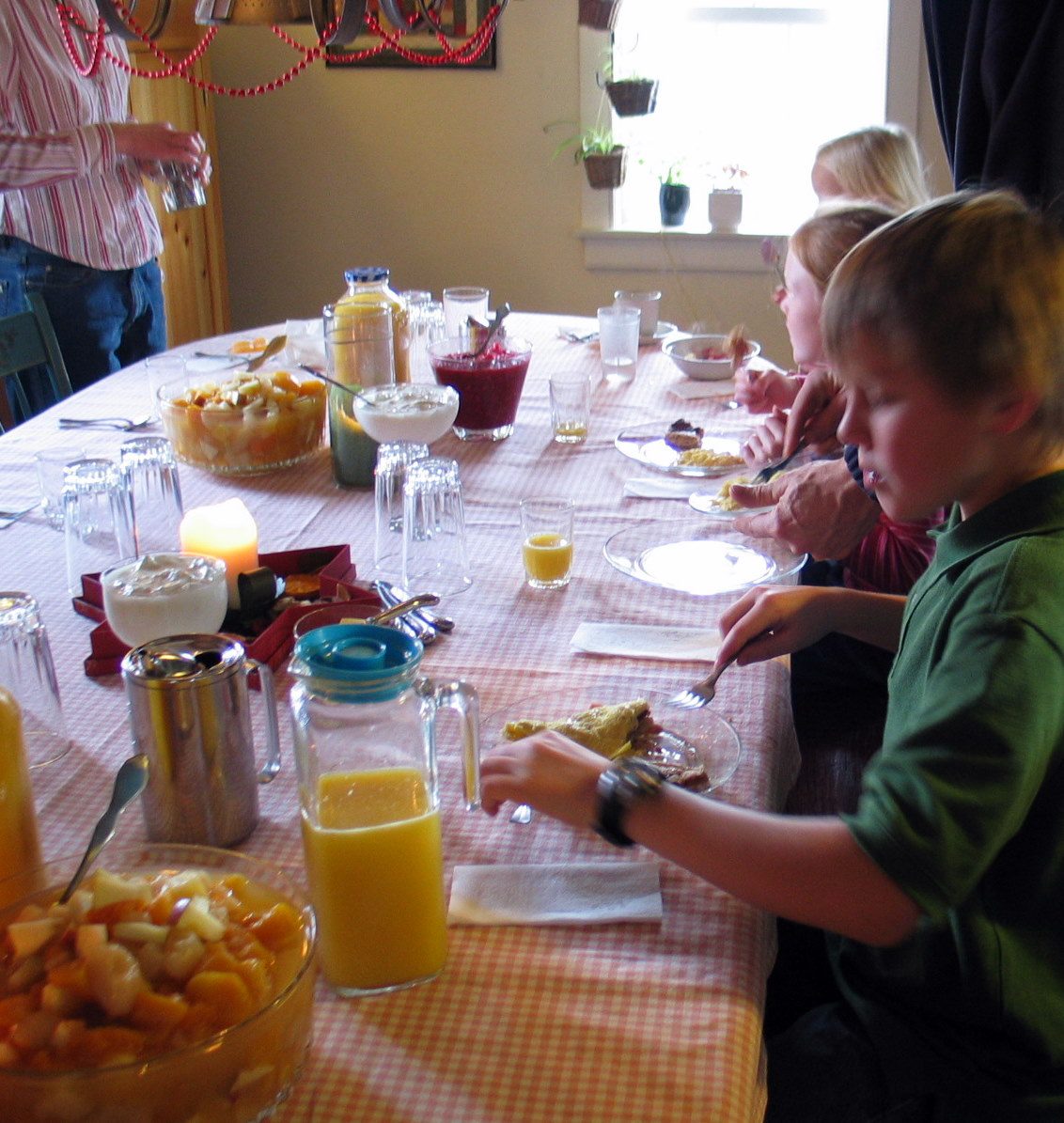 The relish inspired the aforementioned search for cranberries and after scouring the town and coming up empty-handed, I turned to my freezer where I found most of a 12-ounce bag. I went ahead and made the sauce, cutting the recipe in third, but I’m going to give you the whole honkin’ huge recipe as is (it makes a gallon). It goes down really easy, so it shouldn’t be too much trouble to have that much on hand. (If it is, remember that it freezes well.) 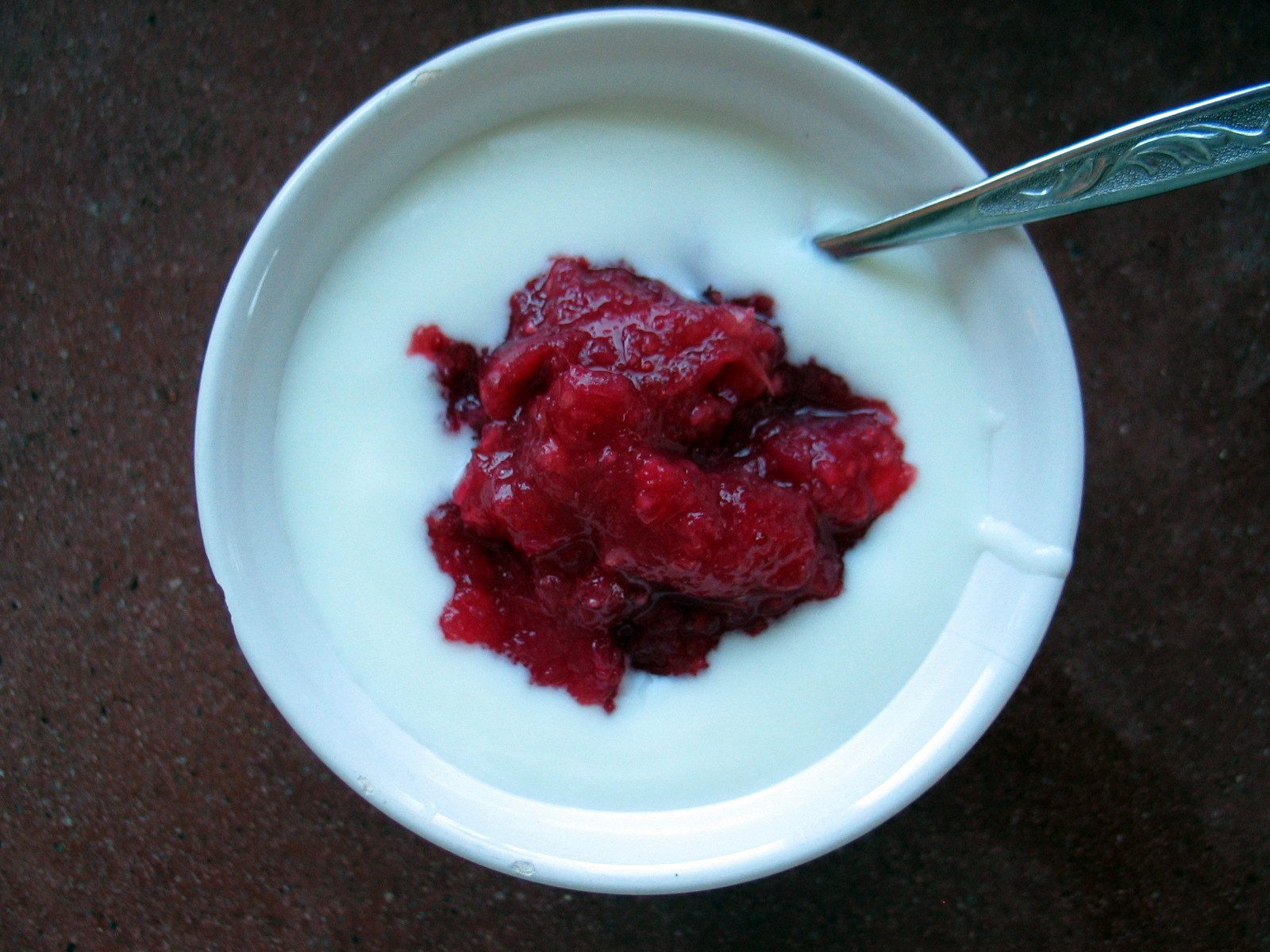 So, rephrasing what I just said, I consider this to be less of a straight-up cranberry sauce (you know, one that is full of whole cranberries and a couple other ingredients and you can only eat a little at a time because it is so packed with zip) and more of a cranberry salad (some cranberries and a lot of other stuff, too). “Relish” is the appropriate name for it—something you can eat an awful lot of, and with much gusto. 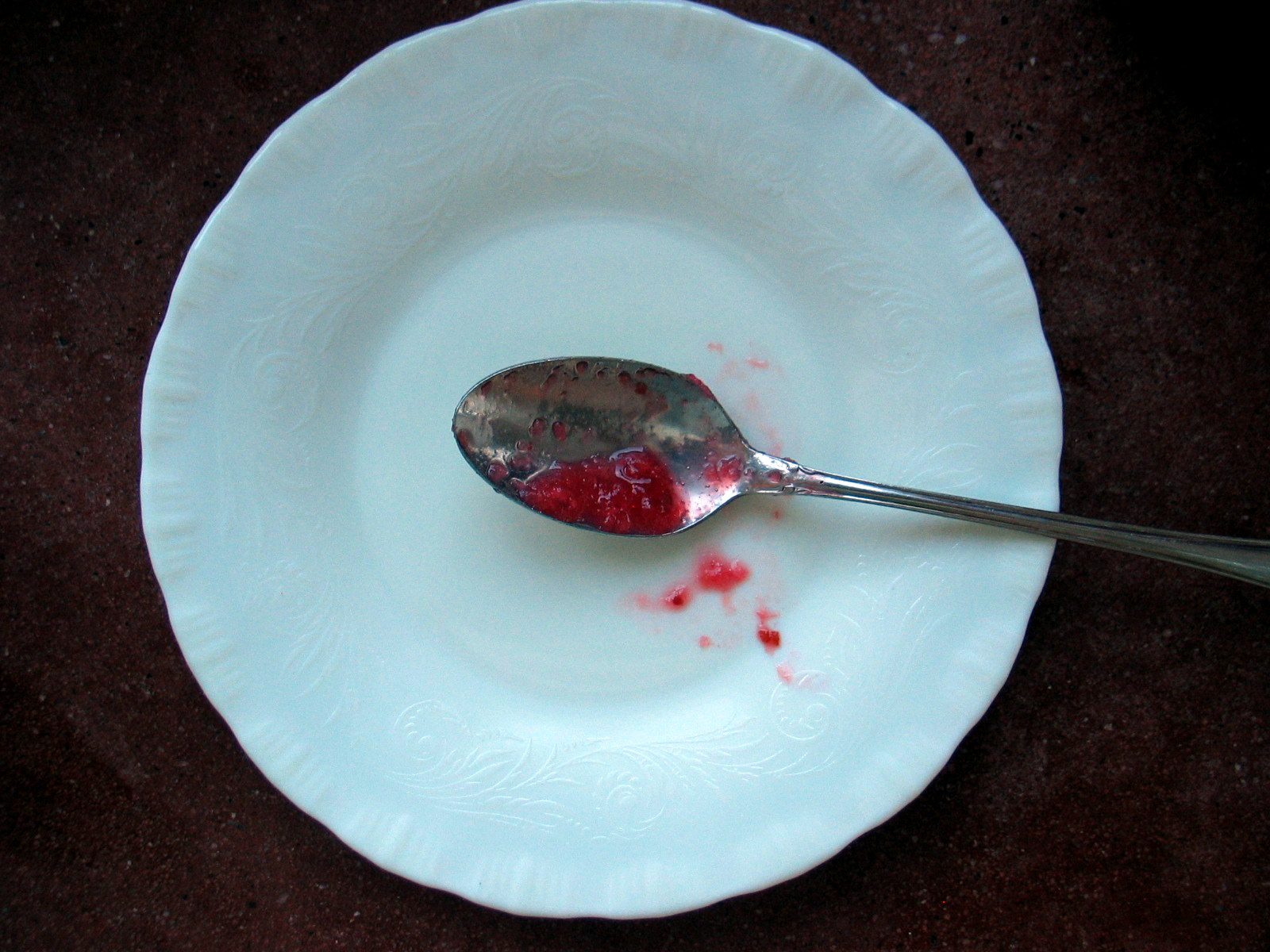 Cranberry Relish
From my Aunt Valerie

This recipe calls for jello, a food (can jello be called a “food”?) of which I am not a fan. But don’t get all up in arms just yet. The end result doesn’t look or taste anything like the ubiquitous jello salad of the 50s—a blobby quavering mass studded with maraschino cherries and grated carrot. In this relish, the jello is simply used as a thickener, one that you won’t even think about when you’re eating it. (There is some wiggle room with how much jello you use—two packages of jello make a thinner sauce and three will make it thicker.)

Grind the cranberries in the food processor till they’re finely chopped. Transfer them to a kettle, add water (just enough to cover), and bring to a boil. Remove the kettle from the heat, add the jello, and stir till dissolved. Stir in the sugar and set aside.

Using a knife, cut off most of the peel of the naval oranges. (If you want a more bitter relish, leave on some of the rind.) Roughly chop the oranges (double check for seeds) and put them in the food processor (no need to wash it out between uses). Add the apple wedges. Pulse till well-chopped.

In a large mixing bowl, combine the chopped fruit and the cranberries. Add the can of pineapple (including the juice). Mix well, store in a tightly-lidded container, and chill. It will keep in the fridge for several weeks, or it can be frozen for longer storage.

About one year ago: Earthquake Cake