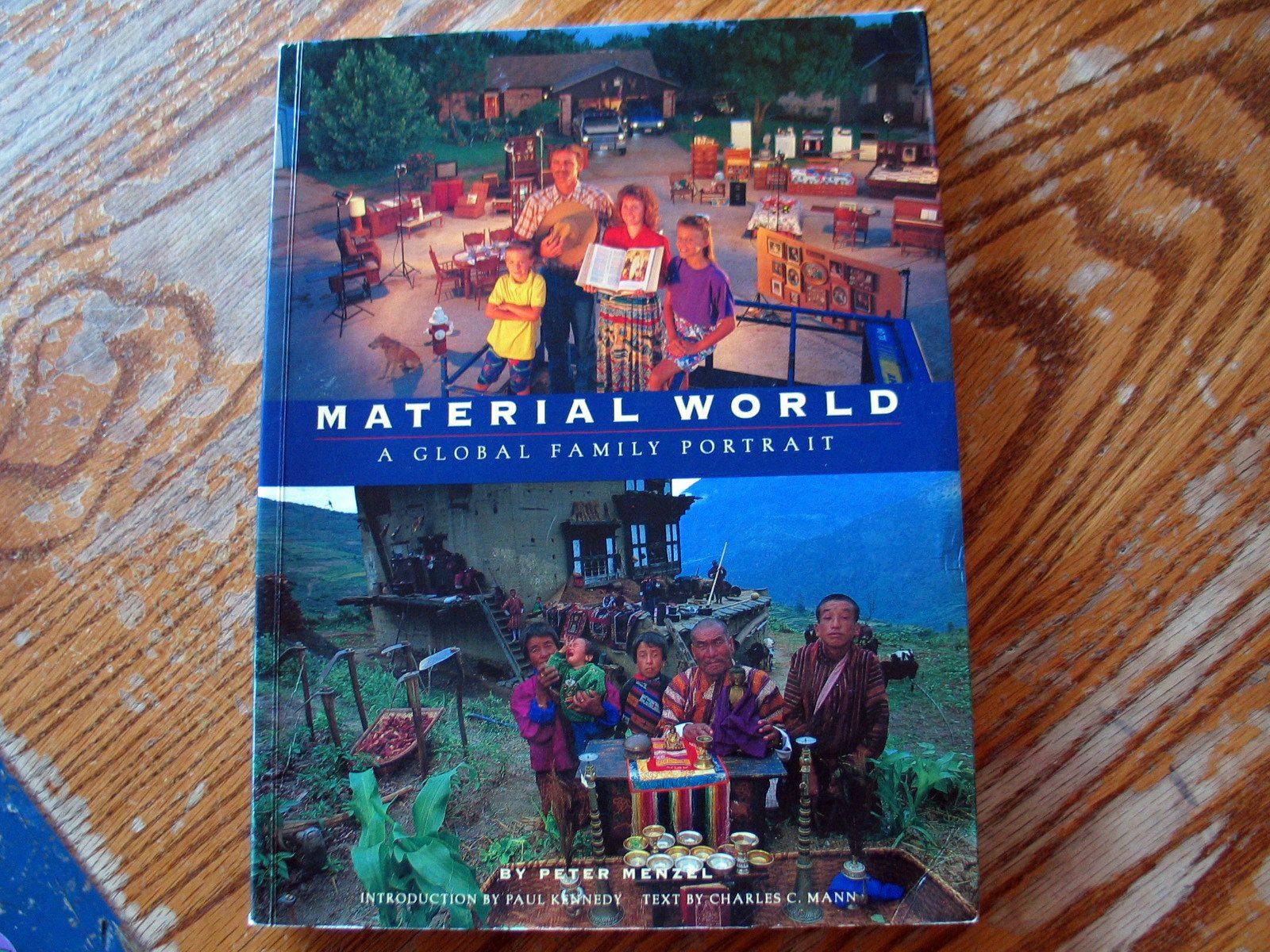 This past week I got a letter from our public school system asking if we wanted to sign up for a special homeschool curriculum provided (and paid for) by the public school system. Free materials? It sounded like a nice deal—I could use them if and when I saw fit—but then I read the next line: Your children would be required to take the SOLs at the end of each year.

Um, thanks, but no thanks. I tossed the letter in the trash.

Seeing as I’m considering doing away with grades all together (I would rather simply state the kids’ ages instead of pigeon-holing them in a particular grade level) because I think I’ll be homeschooling for the long-haul (at least through 8th grade, maybe) and I’m not following grade levels now as it is. But any switch I make would be more in theory than in real life since at church the kids are divided up by grade, and I don’t make a practice of rocking the boat everywhere I go. (I don’t make a practice of going many places, either.)

Anyway, the reason I’m writing about this stuff is because we just got some new non-standard educational books in the mail and they are really cool and I wanted to show them to you.

The first one is Material World: A Global Family Portrait by Peter Menzel. The book is a photo-documentary of thirty families from all over the world, divided by continent, one statistically-average family per country, thirty countries in all. Each section starts with a picture of the family posing with all their possessions on the outside of the house. 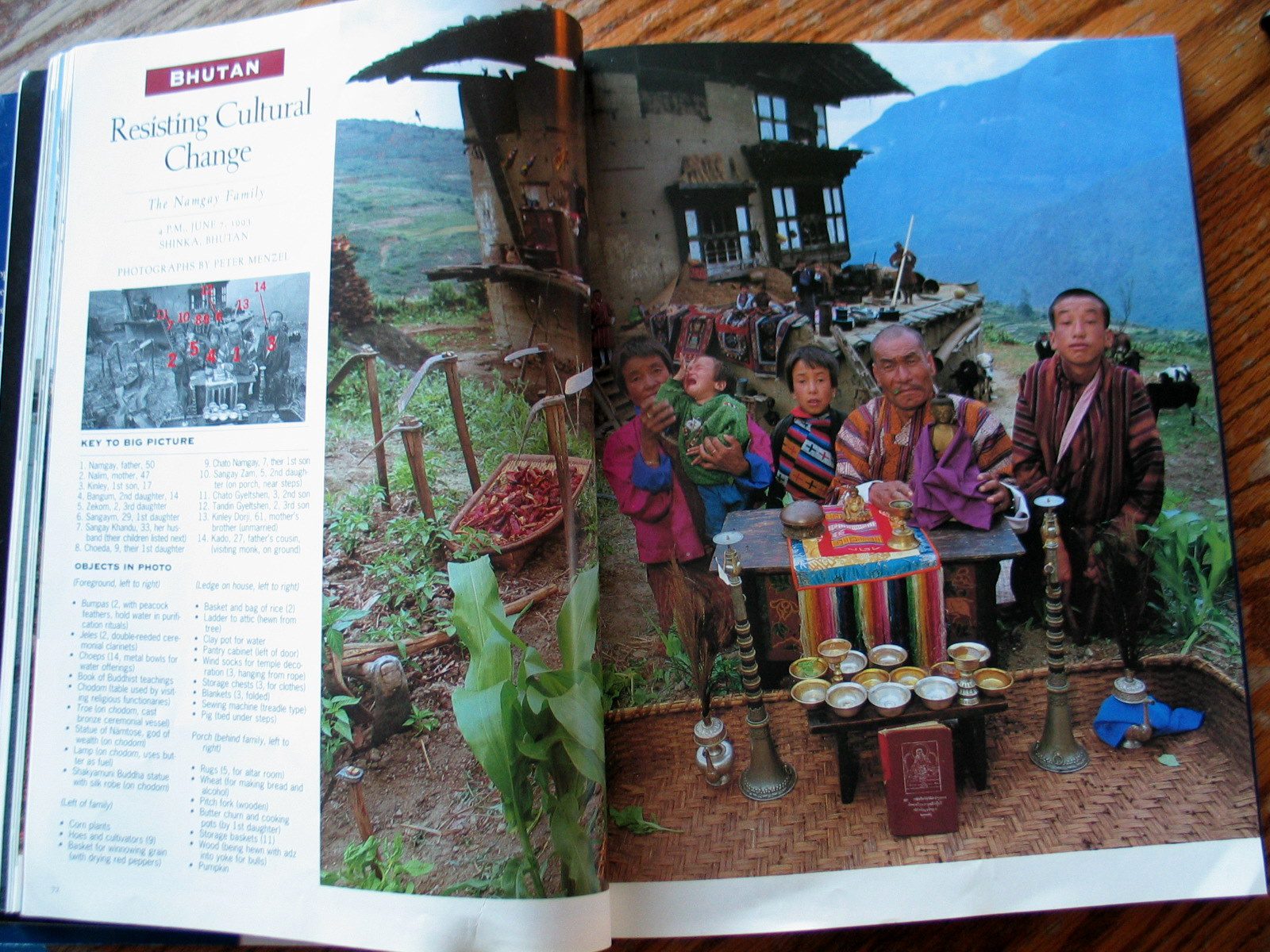 Beside the introductory picture is a list of the family members, as well as a list detailing all the objects in the photo. The next several pages of each section are filled with pictures of the family going about their daily lives, as well as a blurb by the photographer in which he shares some anecdotes of the time spent with the family. 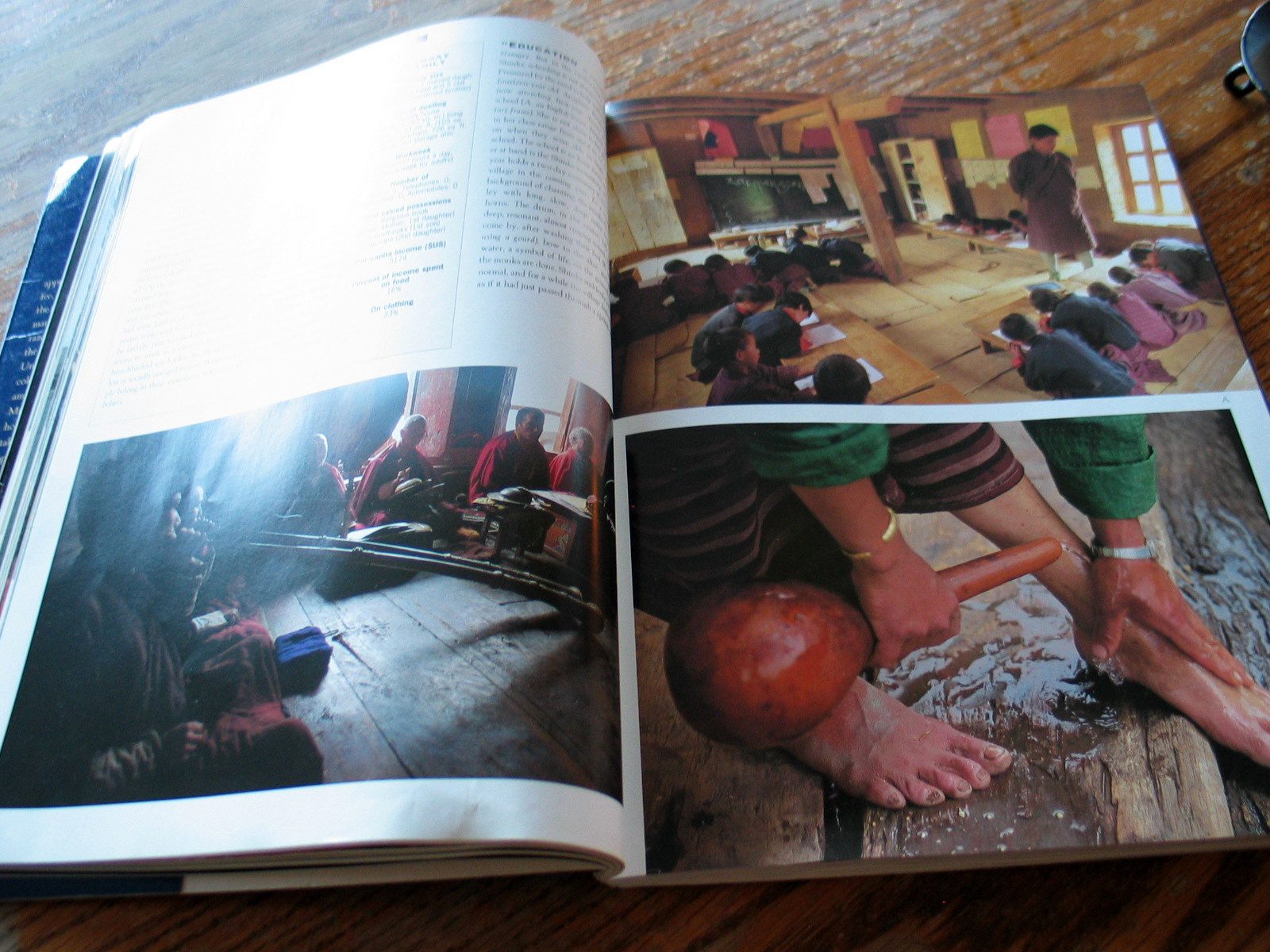 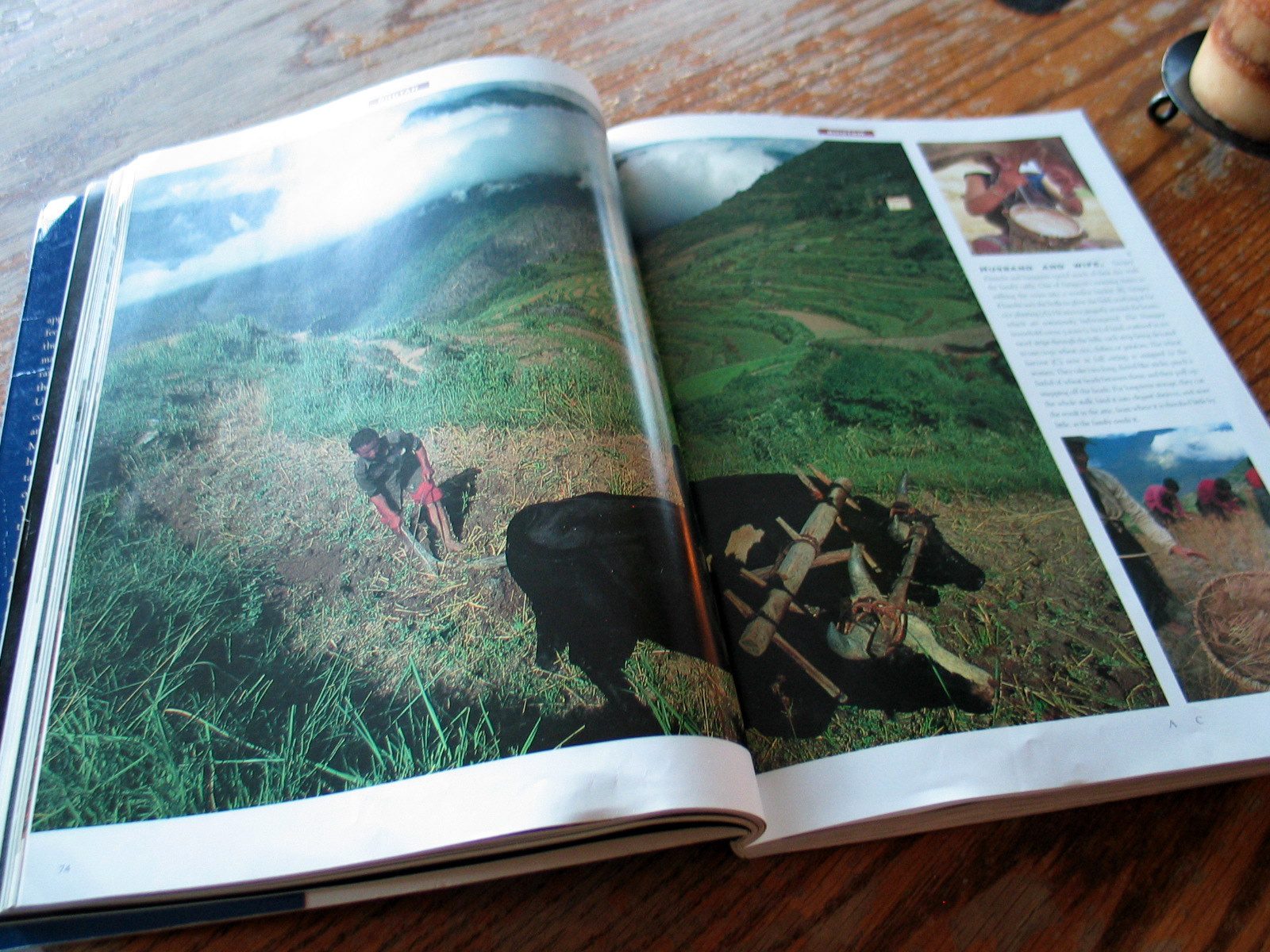 There are also statistics about the country as a whole and another list with the statistics of that particular family. Yo-Yo is fascinated by one statistic in particular: the family’s per capita income. “They earn as much in a year as Papa earns in a day (or week or month)!” They are also fascinated with how many hours each parent works and that the women usually work more hours than the men. 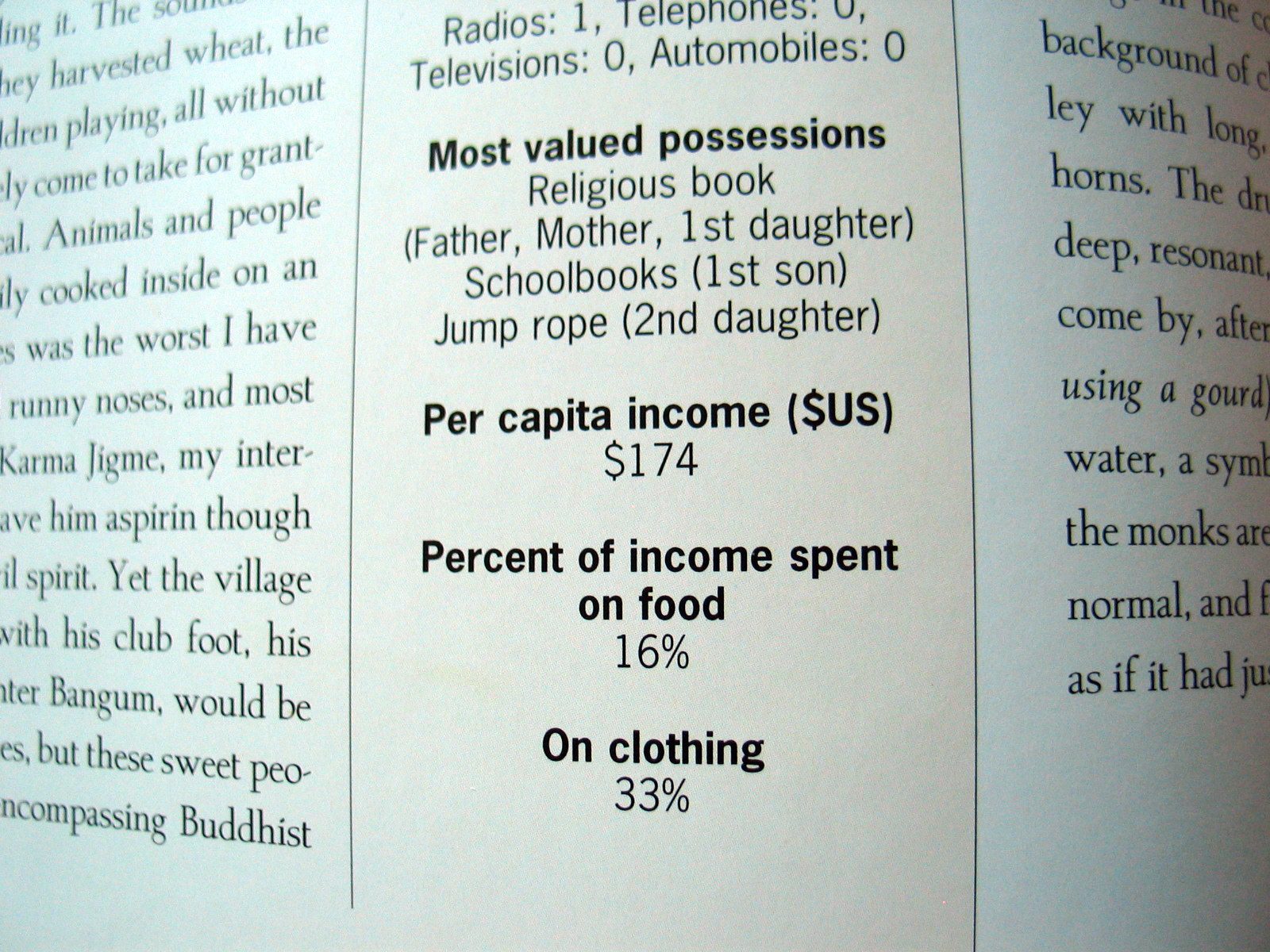 So many discussions and applicable lessons can come from this one book. Some ideas include: a) having the children make a list of all our possessions; b) selling some of our possessions and donating the money to an aid organization; c) just plain weeding through our material excess and foisting it off on Gift and Thrift; d) including the children in our annual bet; e) inviting guests of other nationalities for dinner and getting them to tell us stories from home; f) better yet, getting them to cook an ethnic dinner for us; g) preparing a dish from the country under scrutiny using Extending the Table cookbook, and so on.

When it comes to teaching (and gaining) perspective, this book is a gem.

Speaking of gems, we have started chemistry. 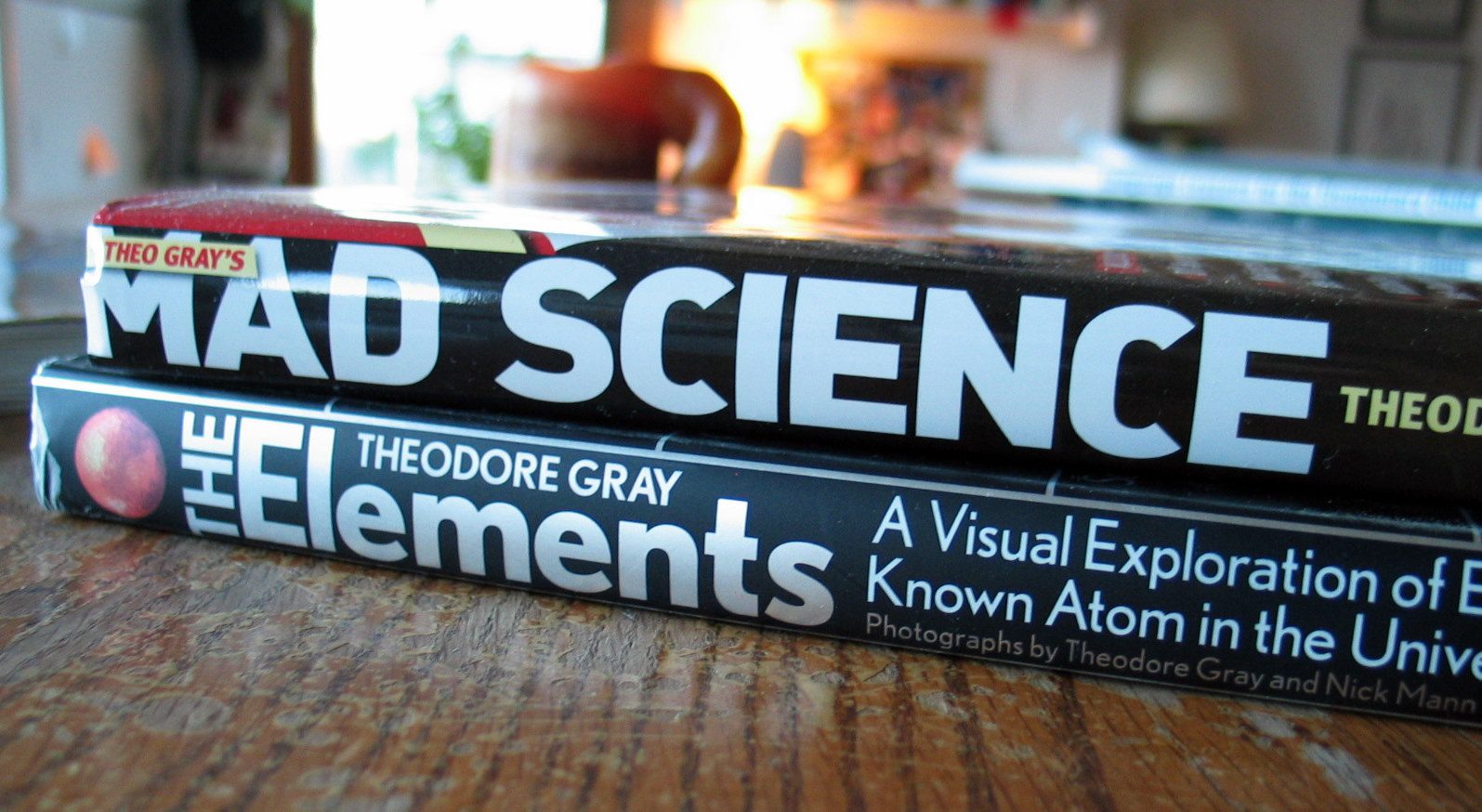 I read about Theodore Gray in my Home Education Magazine and then promptly ordered two of his books: The Elements: A Visual Exploration of Every Known Atom in the Universe and Mad Science: Experiments You Can Do at Home—But Probably Shouldn’t. We are reading through the first book, taking an element at a day. 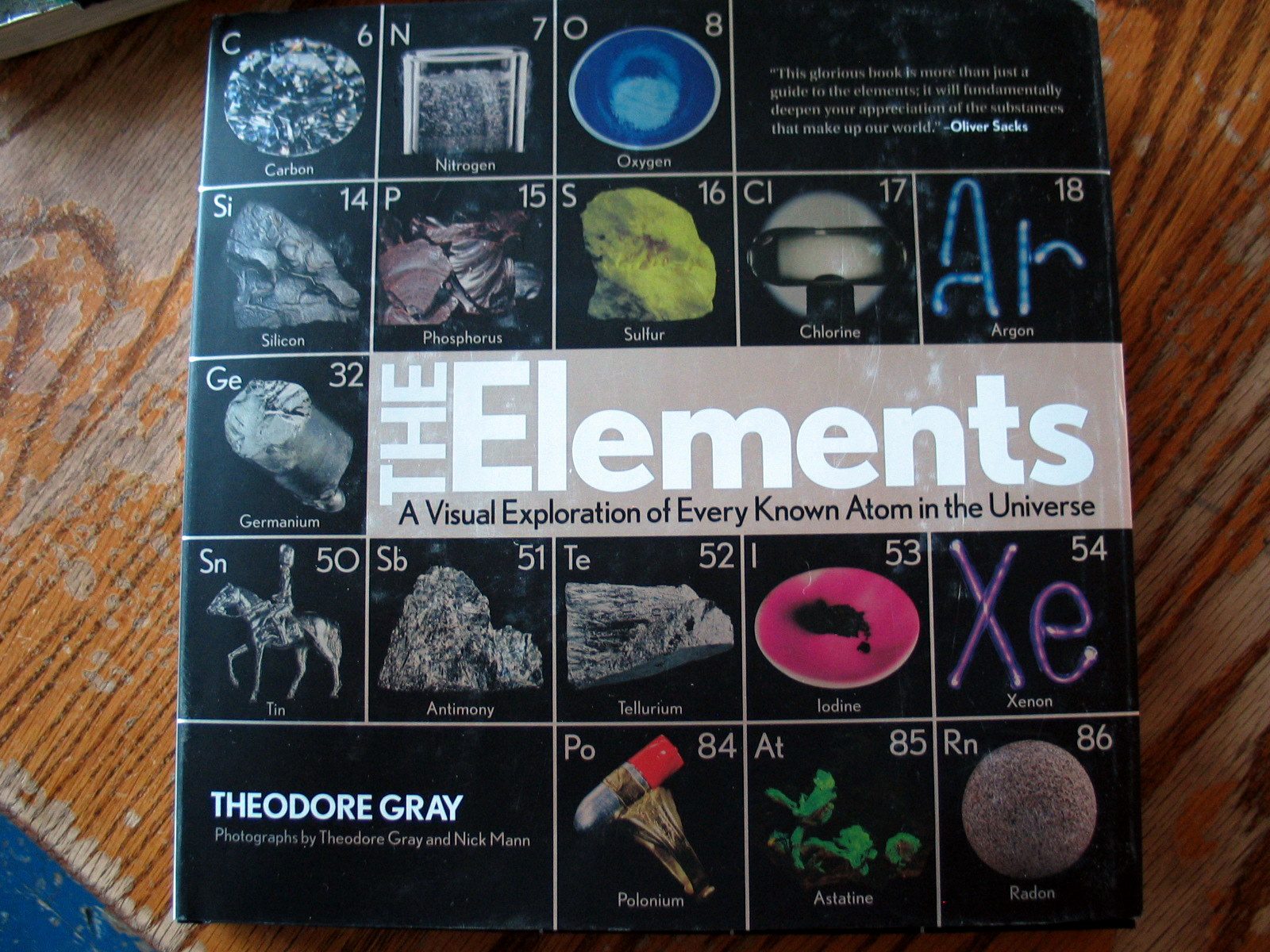 It’s way above the kids’ heads (and a bit above mine), but they’re getting the gist of the idea—that our physical world in made up of 118 elements that can not be taken apart into something smaller though they can be joined together to make something new, like pencils, blood, and pavement.

The first few pages of the book outline the periodic table, but the bulk of the book is dedicated to the elements themselves. Each element has two pages: the first is a photograph of it in its raw form (if possible) and the second page lists the details—the atomic weight, density, radius, and crystal structure, as well as interesting tidbits (“sulfur is also one of the three basic ingredients of gunpowder, and thus has the blood of millions on its hands”) and examples of the different forms the element takes on in everyday life. 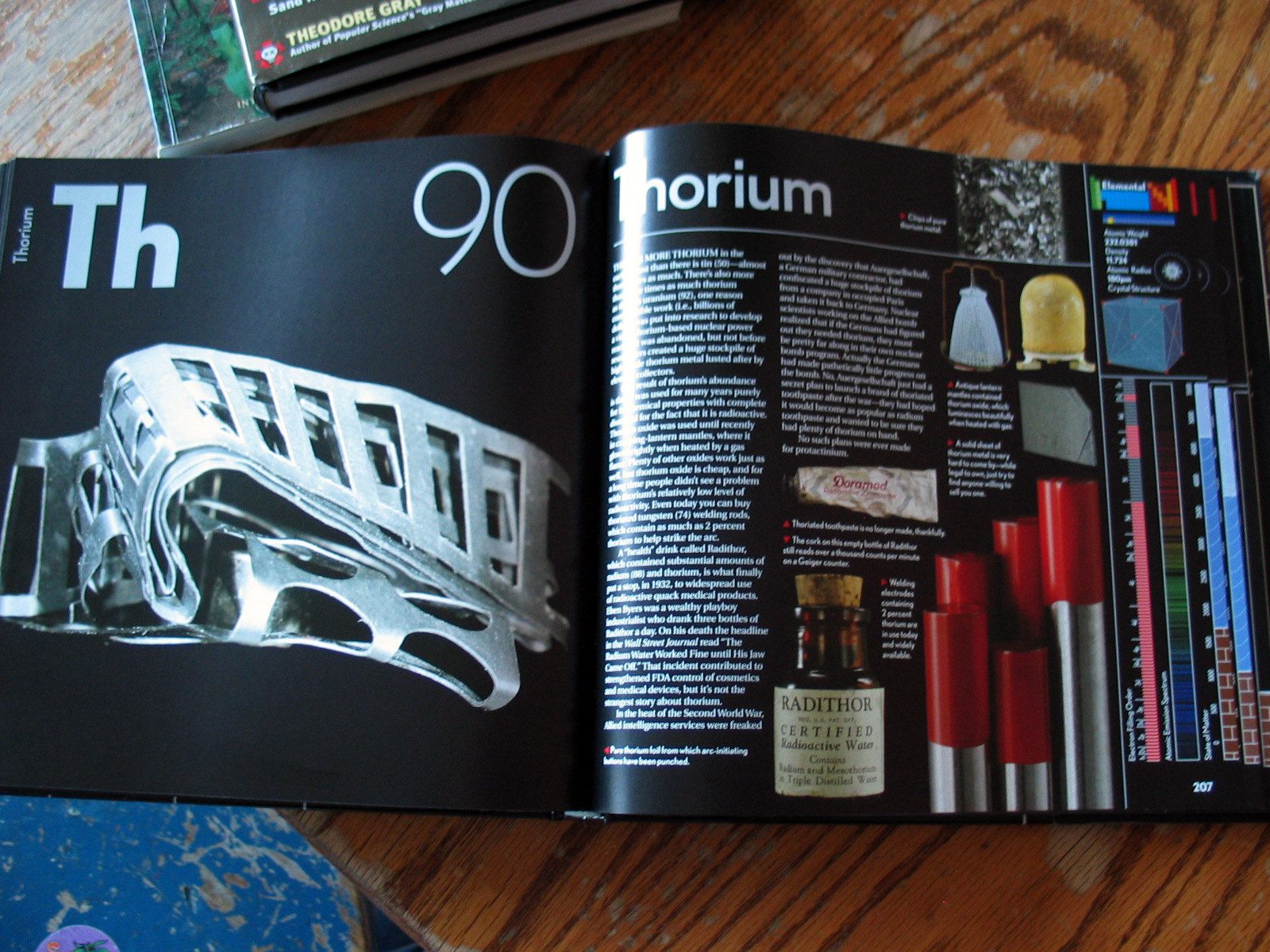 This book makes me want to construct models of atoms, so I may need to find a standard chemistry 101 book as well as a kit for the next teaching episode.

How much do you remember from your highschool chemistry class? Are you up for a pop quiz? Can you identify these elements? 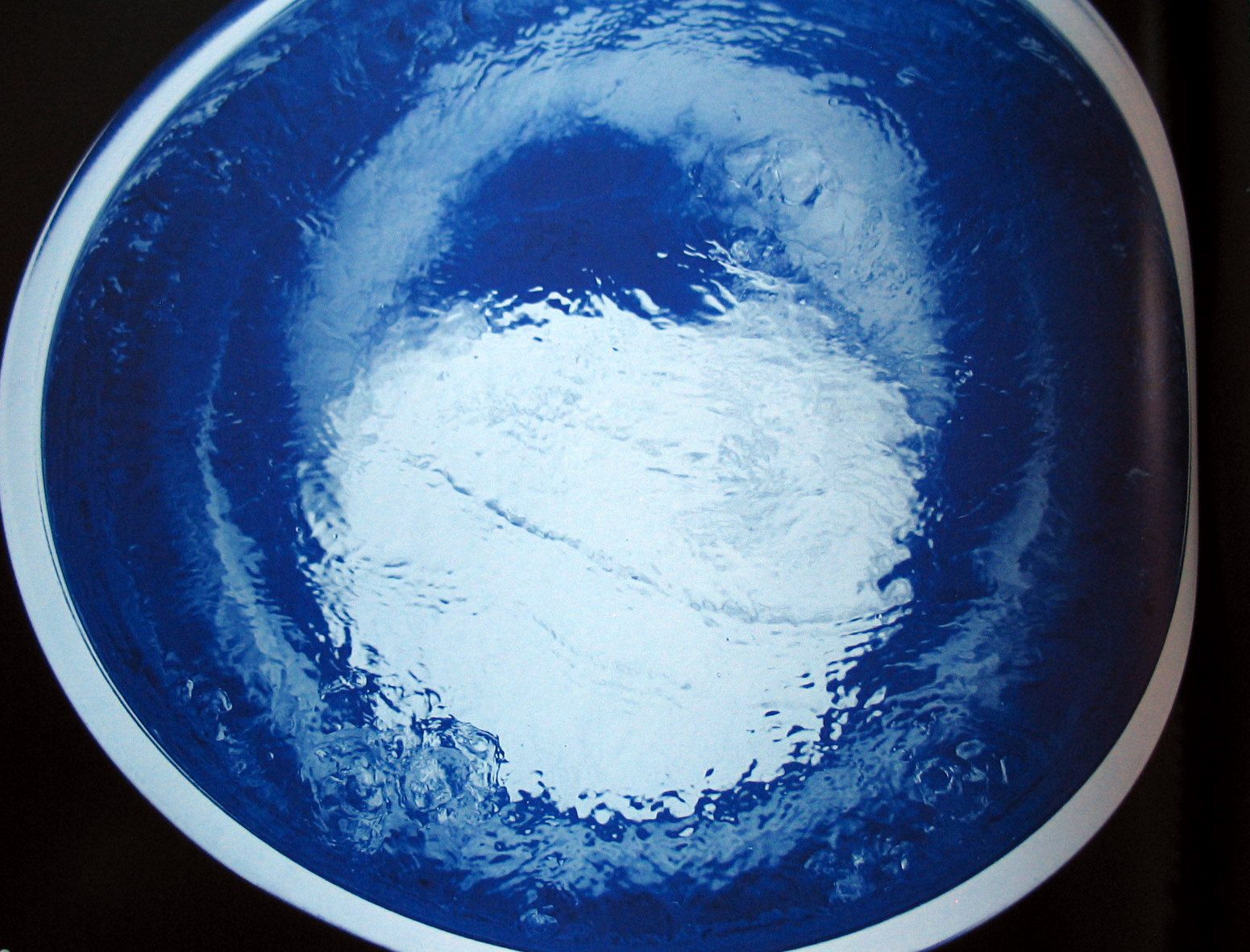 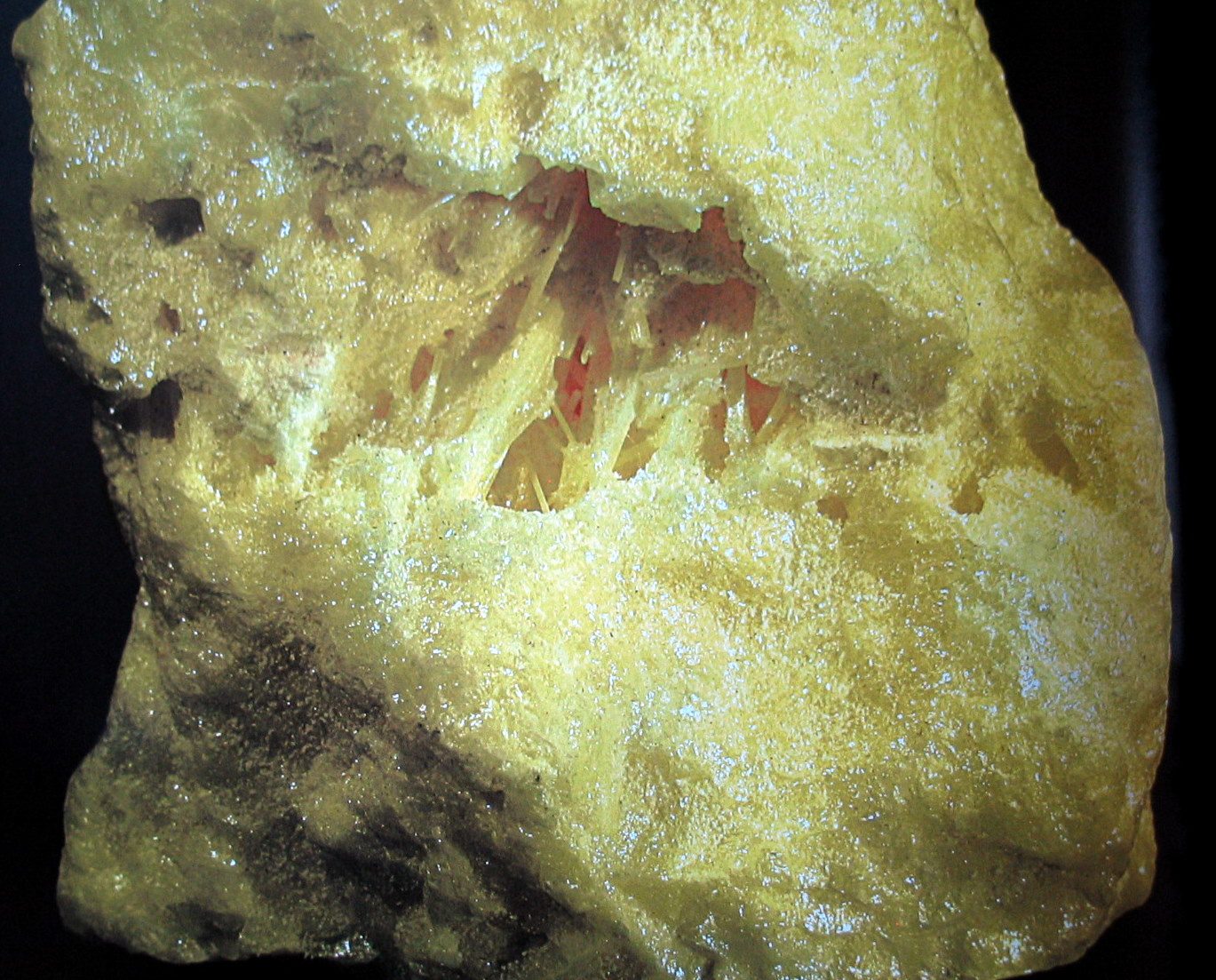 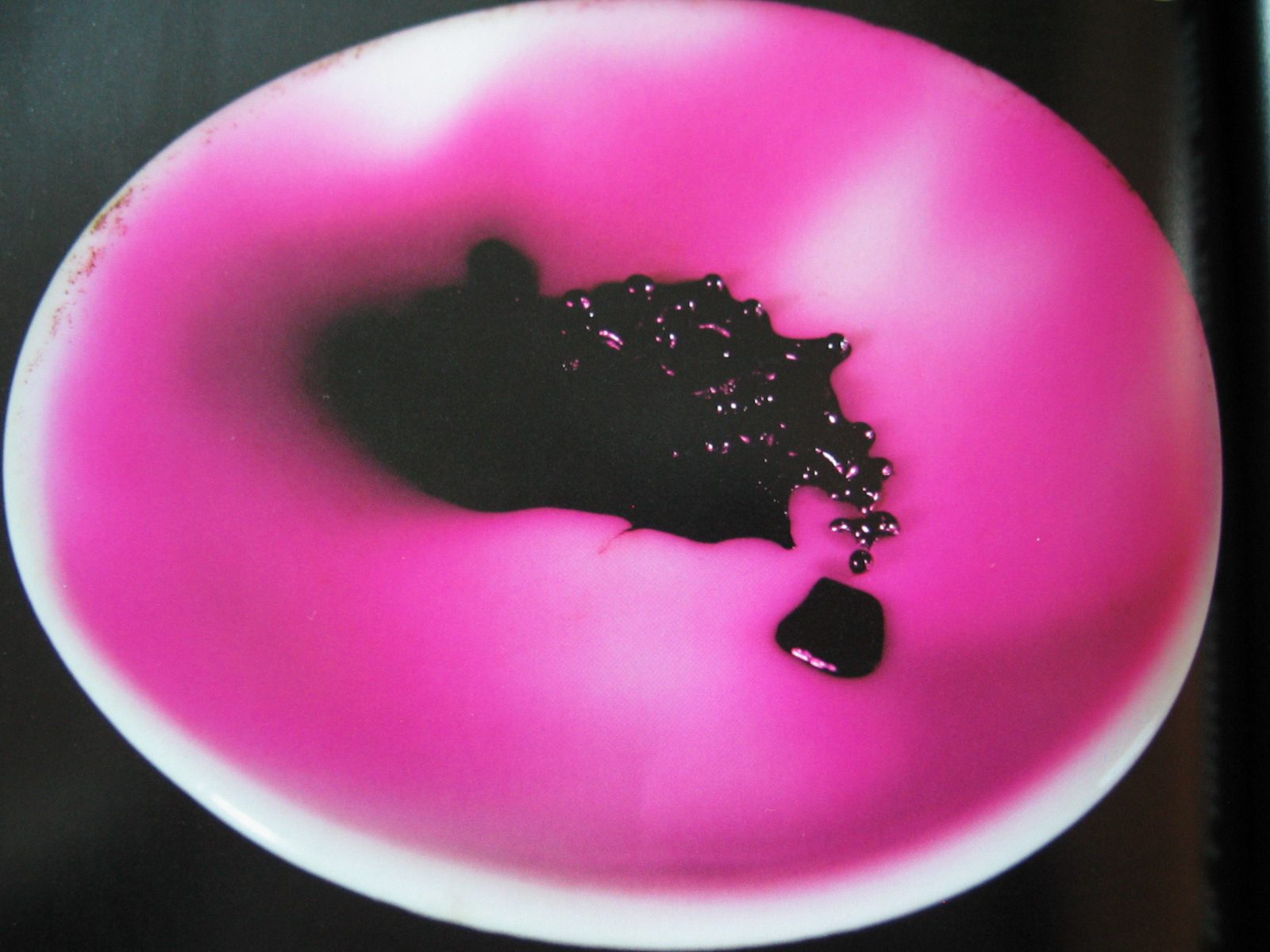 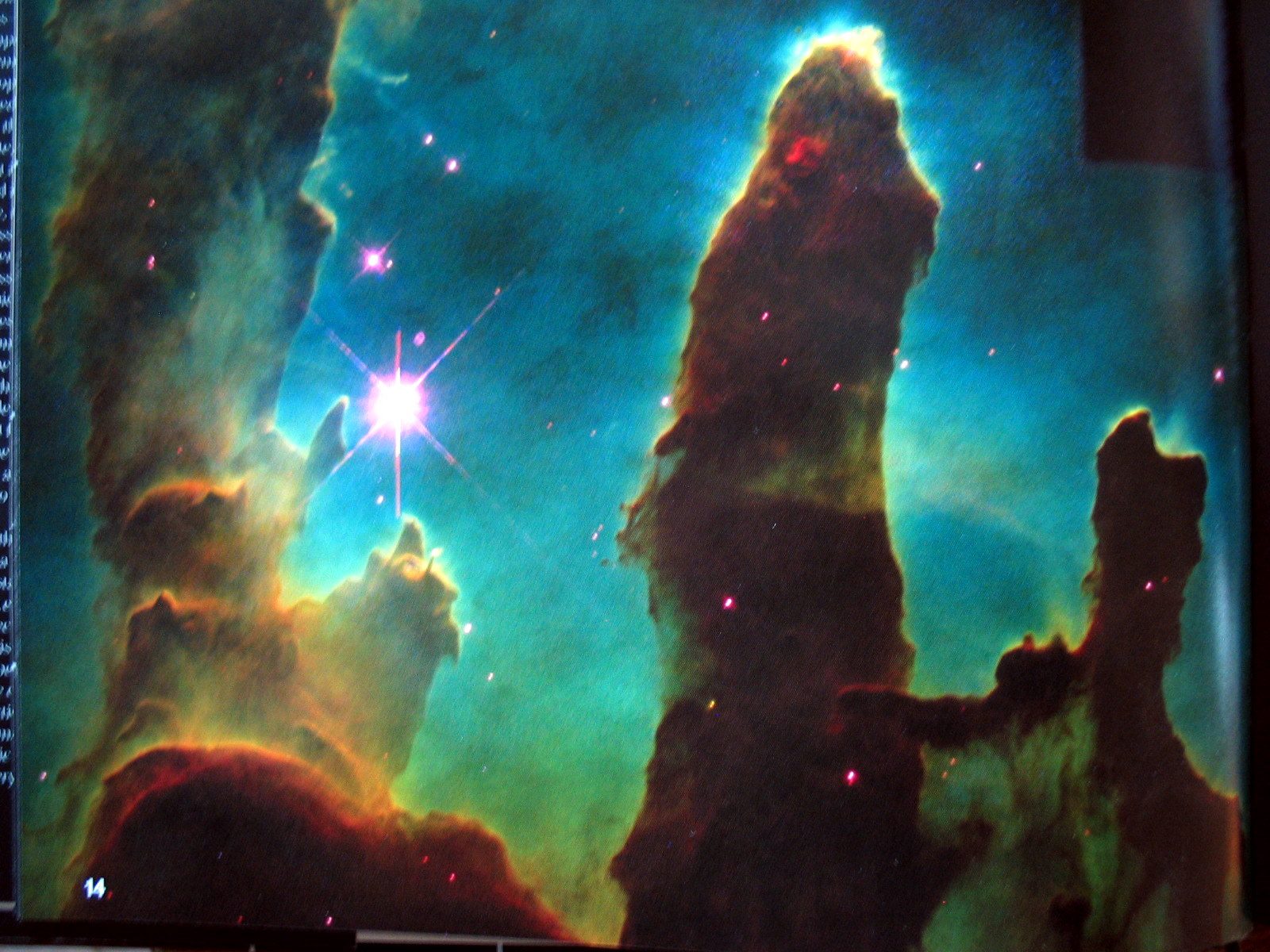 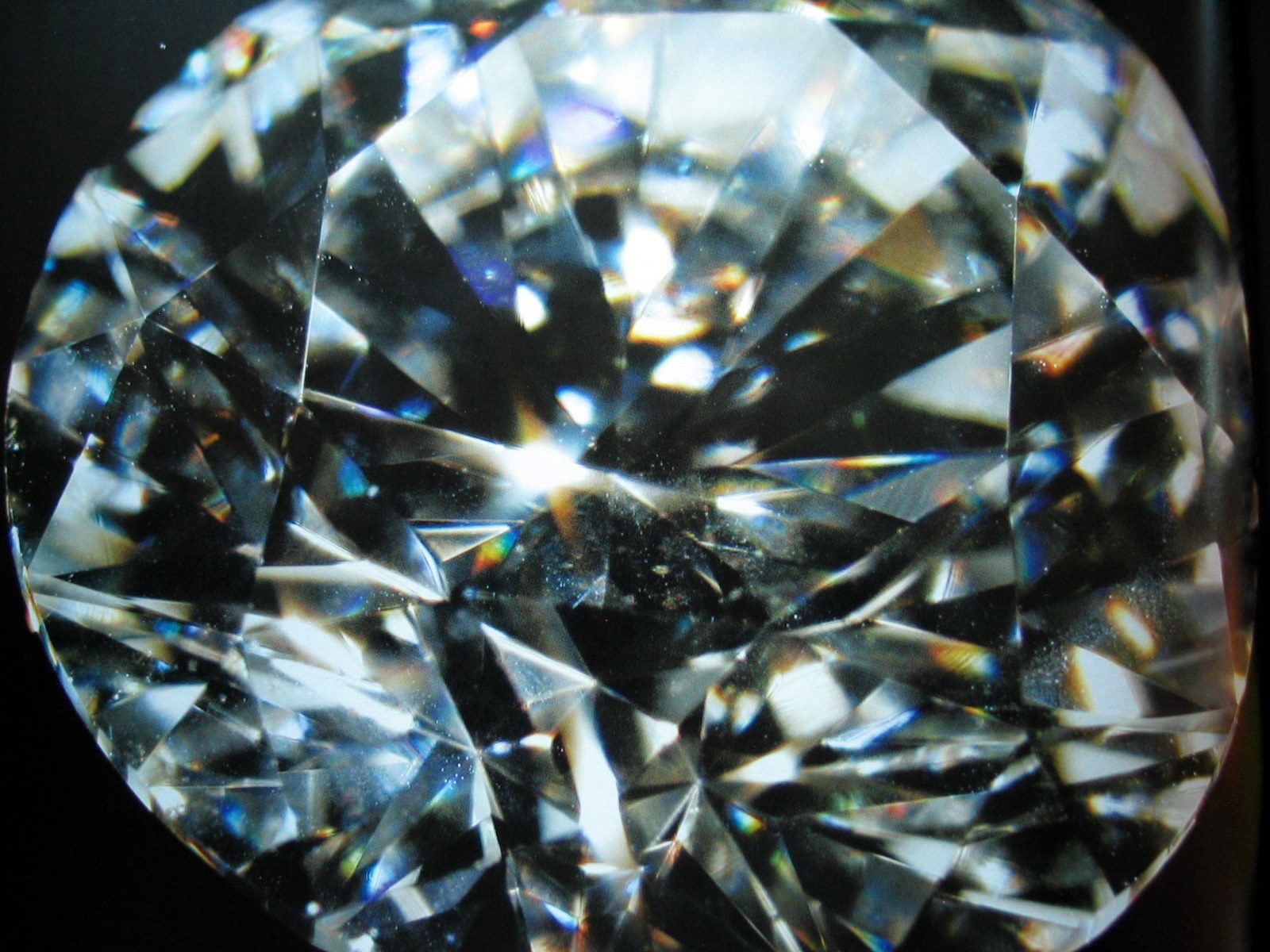 The experiment book is pure fun, but at this point it’s still mostly for me since the kids don’t quite get Gray’s subtle humor or the bizarre dangerousness of some of the experiments (though his opinion on safety goggles comes across nice and loud). 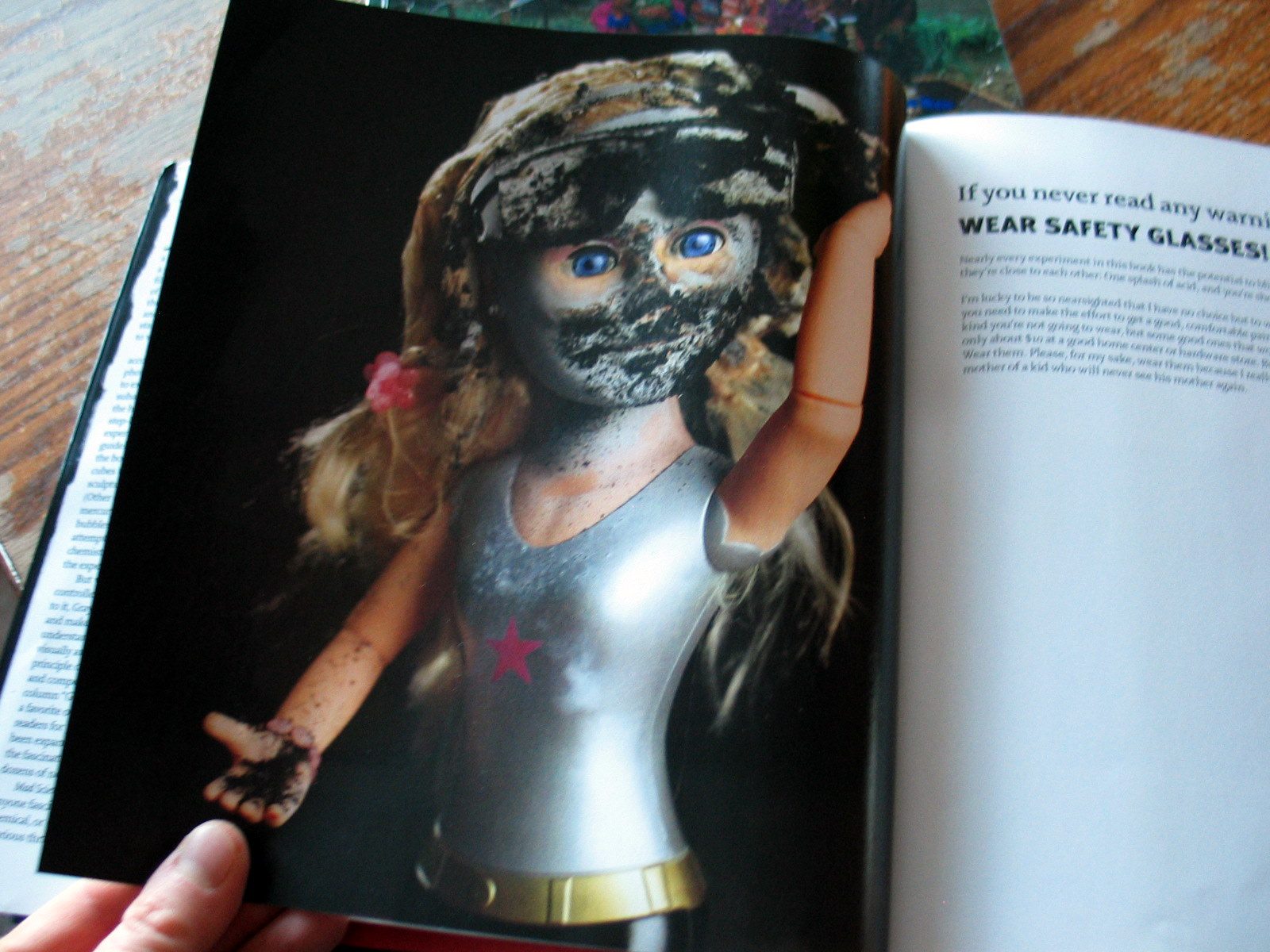 But that’s okay, we’ll read bits and pieces and over time and they will absorb some of what it means. If nothing else, I hope it gives them an appreciation for chemistry.

Okay, kids, here’s a cooking project for you. Dig out the fire extinguisher that’s buried behind the box of recycling under the kitchen sink, empty it into a pillow case, and whip yourself up a nice bowl of ice cream. (He doesn’t say it exactly like that.) 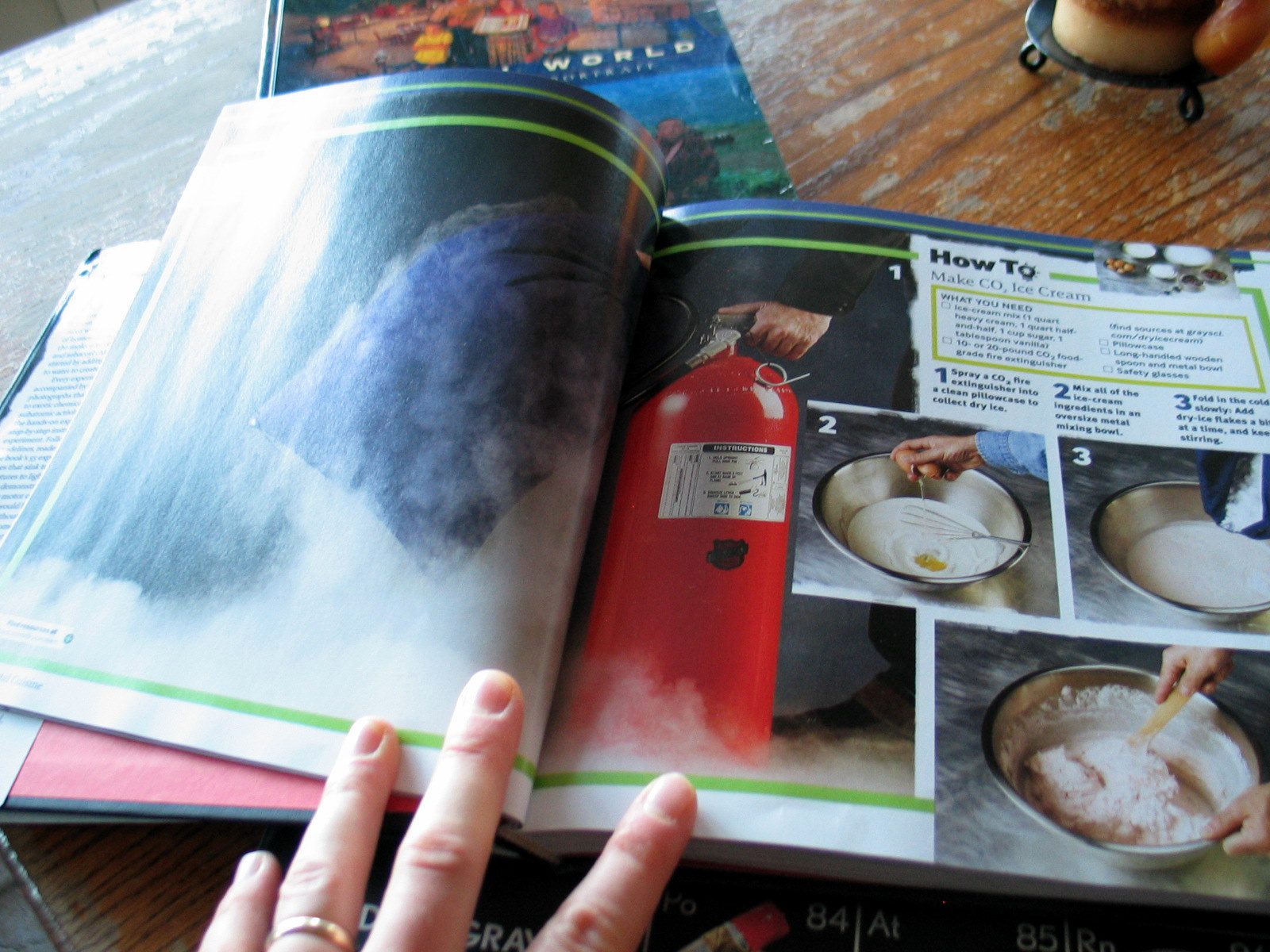 Needing a new pair of pantyhose, anyone? 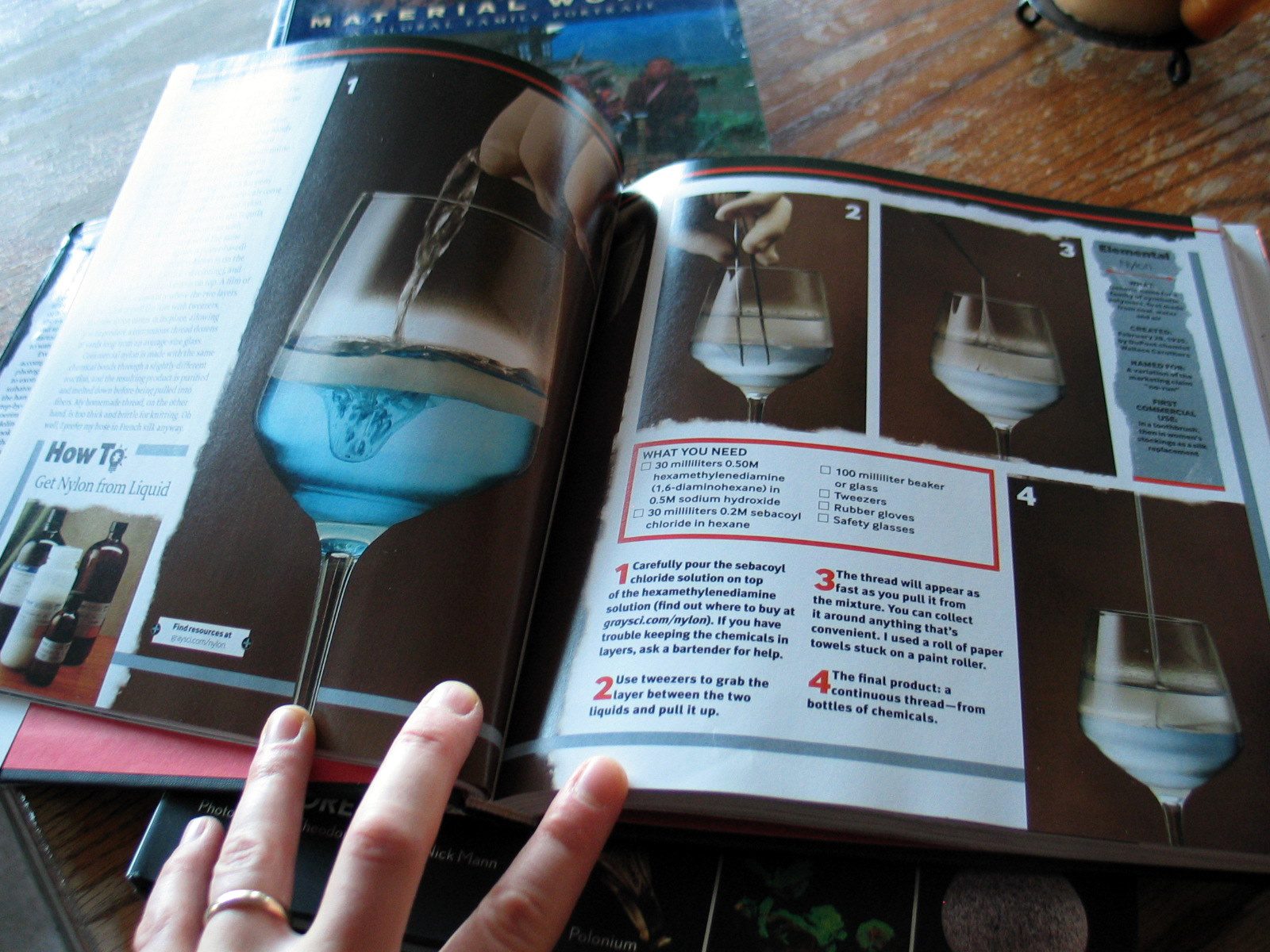 And in this maverick fashion, we learn.

About One Year Ago: Lemon Cheesecake Tassies.