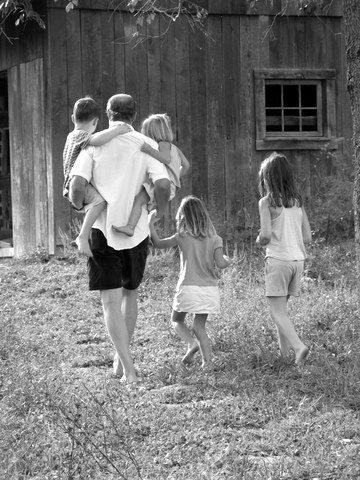 Ever since I’ve given my father the blog name of The Happy Pappy, I’ve had a niggling feeling that I ought to clarify that title. The definition of a happy pappy is “an old pot-bellied fart who spends much of the day with his apathetic arse parked in a half-broken down rocking chair on his sagging front porch, rocking methodically and spitting streams of tobacco juice at the flies that swarm the maggoty mutts lounging about his feet.”

According to that definition (that I made up) my father is not a happy pappy, or any derivative thereof. So, you ask, why did I give him that name?

Well, it wasn’t really me that gave him that name. We’ve all, my mother and brothers and I, always teasingly (my mother’s teasing sometimes comes with a side-kick of sarcasm: Just because you’re in West Virginia does not mean you have to drop the “g” from words!) called him a happy pappy, mostly because he adored the steep, dark West Virginian hollers where we moved when I was ten years old. And because he’s a homebody who likes to chat with the neighbors, muck around barefoot in his garden, raise a couple steers and a handful of chickens, eat windfall apples, make his own few quarts of maple syrup, and sit on the front porch’s rocking chairs and shoot the breeze with guests. (I had to put the front porch piece in there, though he likes the side porch just as well, I think.) 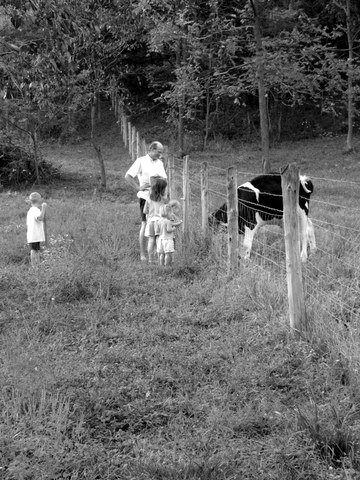 Those traits aside, my father is nothing like a happy pappy. He rides his bike the seven miles to school and the seven miles back, he reads all manner of scientific tomes, he doesn’t smoke, drink, or chew, and there’s not an idle bone in his trim body. 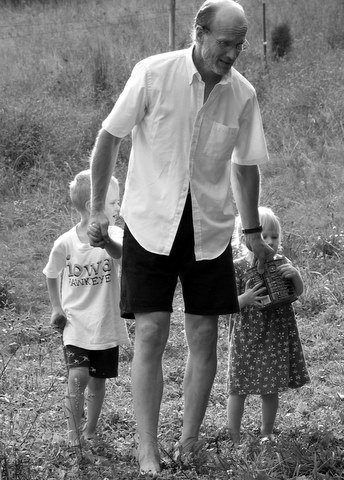 To better illustrate how happy pappy my father is not, I’ll share one of my favorite stories (adapted from our book) about him, a story that makes me puff with pride to be his daughter.

My father loved our little cabin tucked down between the mountains in Tucker County. He thought it was Eden, and gloried in the jungle woods, pristine waters, and wild creatures—bobcats, fishers, bears, even cougars (it was rumored). The roadsides dropped off sharply into oblivion. Against the black night sky, the stars actually twinkled. The creek roared after a heavy rain, crickets cheeped in the summer, but the silence, otherwise, lay vast and undefiled … until one Sunday right around lunch time when we suddenly heard a tremendous commotion—the sound of motors—wafting our way from somewhere in the blue yonder, and we dropped our jaws. Jimmy Dove’s place, maybe? My brothers rushed out to investigate.

And then, because it was time to eat, my dad set off to round them up. I finished sprinkling powdered sugar on a gingerbread and putting applesauce in a dish (I have a knack for remembering the mundane) and took off after them.

My memory is fuzzy (used it all up on the story’s edible components, I guess) but I have a clear picture of arriving at the stream just in time to see my enraged father tear into the icy cold water churned brown by the joyriders, slapping it with his fists and screaming, the damn damn damns pouring from his throat, cursing the trespassers’ assault and destruction. He sounded absolutely and positively stark raving mad.

One by one the riders cut their motors and sat there, bobbing stupidly. As suddenly as he had started, my father stopped screaming, turned and climbed back up out of the creek, picked his wallet and keys up from the bank where he’d tossed them, and after a few words with Jimmy Dove, we (him, dripping wet, and me and my brothers, semi-dazed) headed for home.

He was hoarse for the rest of the day. We were in awe.