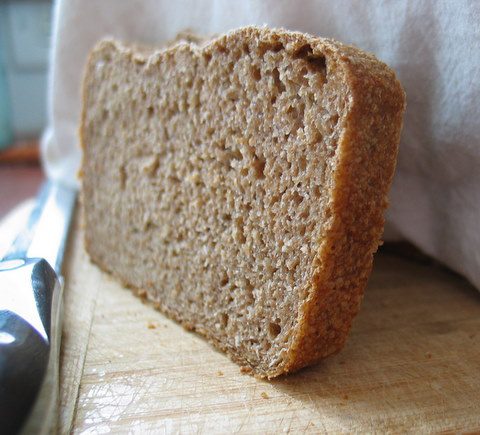 The resulting bread tasted like, well, like wheat. It was earthy and dark and kind of strong tasting, almost like molasses. It was heavy, too, though it did rise, it didn’t get very high. Mr. Handsome and I don’t care for it, and while the kids will eat it when I serve it to them, they don’t usually ask for seconds.

I will not be making this bread again, but now I’m left to wonder about those people who say they make their bread with only freshly ground wheat. Does it actually taste good? Am I doing something wrong?