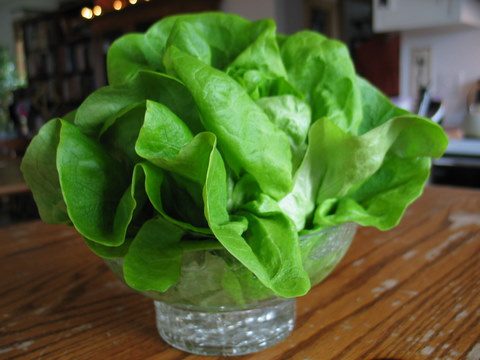 I bought this lettuce at the farmer’s market on Saturday.

I had dropped by my girlfriend Kris’s house to pick up a gallon of maple syrup, catching her just as she was on her way out the door to go to the farmer’s market to buy lettuce. “The market is open now?” I asked, surprised. I was on my way to the grocery store and lettuce was on my list, but the farmer’s market lettuce would certainly be much tastier. So, back into my car I hopped, and I zipped on downtown where I snatched up four heads of hydroponic lettuce before Kris even arrived on the scene. (I am a kind friend though, so I made sure to leave some lettuce for Kris.) 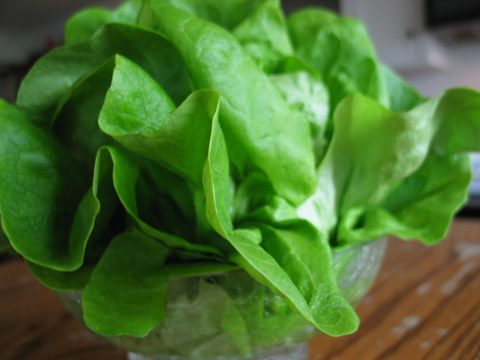 Back home, I filled a cut-glass bowl with water and situated the head of lettuce in it. This was something that Kris had told me to do; she said she keeps her lettuce like that, in a jar of water on the kitchen table, for as long as two weeks. 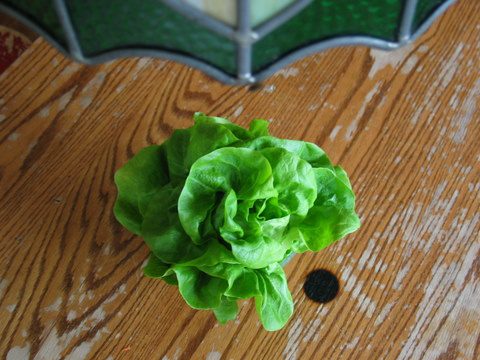 Outside everything is brown and droopy, but inside I have a brilliant head of lettuce blooming on my kitchen table, which, in turn, helps me to feel crisp and green. (I suppose it—that green feeling I have—could also be a result of eating the other three heads of lettuce in as many days.)

Yesterday when I plopped a blob of apricot jam into Sweetsie’s bowl of yogurt, this is how it fell. 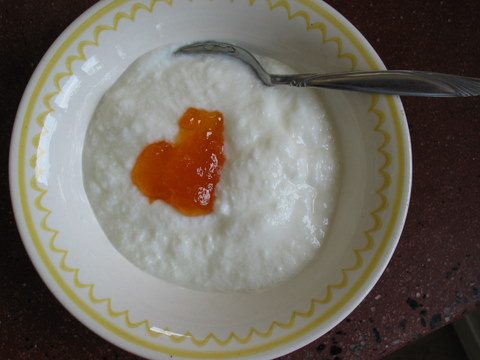 Sweetsie didn’t notice the special configuration at first glance, but after I pointed it out to her (What do you see? Look at it close now), her face dawned, an enormous smile spreading from ear to ear and wrinkling her nose.

There is something attractive about clean laundry, even when it is in the various stages of being dried and folded. 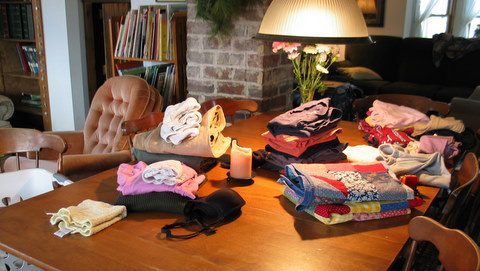 This should come as no surprise, I suppose. There are plenty of catalogues out there, filled with pictures of fluffy, rolled towels, rows of men’s rugged flannel shirts hanging in rugged closets, and little girls’ stockings dancing on clotheslines, everything color-coordinated and brand-spanking new. 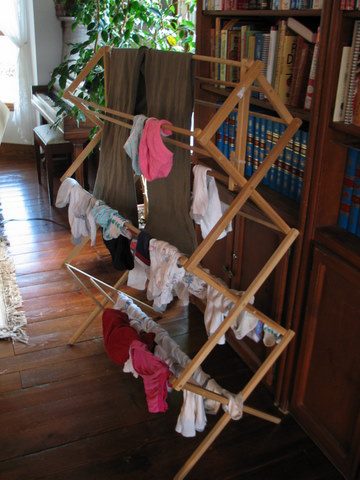 My laundry doesn’t match, nor is it new. It’s certainly not dancing on that drying rack. And it’s not even folded all that neatly. But, and this is important, it is clean. And clean clothes are refreshingly pretty, if for no other reason than because they mean I don’t need to wash laundry for another couple days. 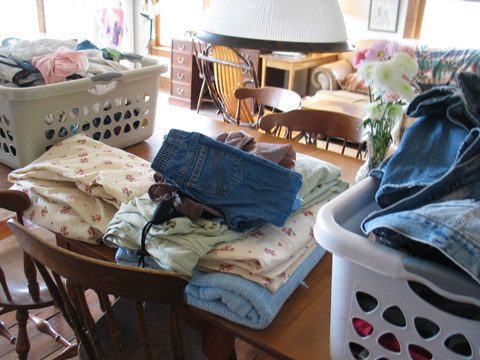 It helps that there is a pink bouquet of flowers, courtesy of the Grand Matriarch, in the background. And, knowing that the laundry is almost done, needing only to be shipped upstairs and delivered to its respective closets and drawers, probably helps to boost its attractive-ability levels.

I bought this little mortar and pestle when I was at a kitchen store once, probably on a whim. 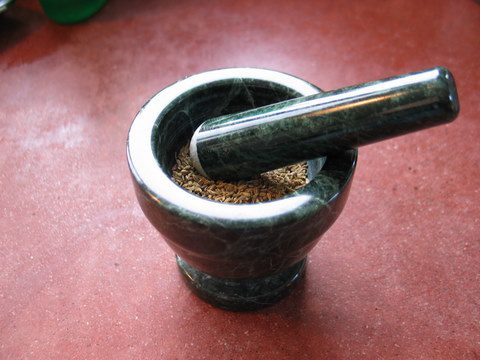 I hardly ever use it, but when I do, it makes me feel profound. Here I was using it to grind up anise seeds for lemon-anise biscotti. 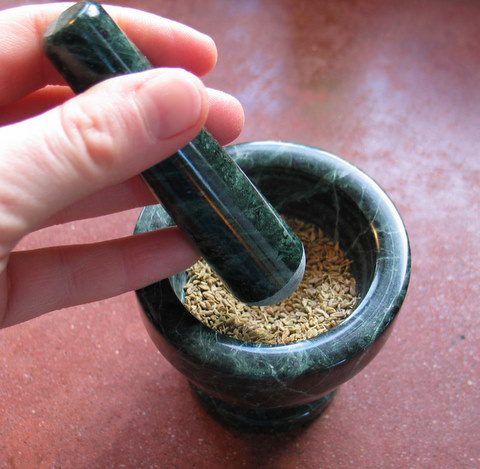 It took a lot of elbow grease, just grinding up that tablespoon of seeds, so by the time I was finished, I felt tired.

What are the spots of pretty in your days?