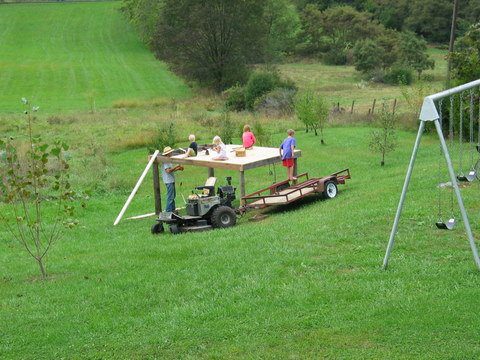 Remember back when I posted about the kids getting tired of waiting for Mr. Handsome to work on their fort and so they took matters into their own hands? Well, over the past several weeks, Mr. Handsome has taken matters into his own hands and now things are really moving forward.

Here they all are, the happy family hard at work. But you know who is happiest? The mama, of course, ’cause she’s all by herself in the house where it’s nice and quiet.

The Baby Nickel likes to practice hammering a nail when he can. He has a whole big box of nails in case he messes up. We believe in keeping our children well-supplied. Not that we’re expecting them to mess up or anything. 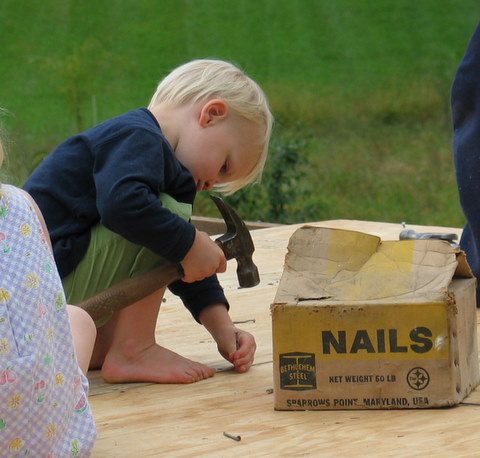 Hammering takes a good deal of concentration. The hammer is so heavy it looks like it could tip him right over. Please don’t smash your toes, honey. (Now that I typed that I just realized that he has a black toenail … could he have gotten it here?) 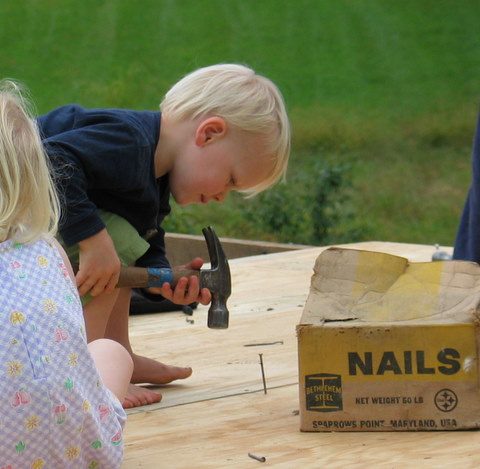 But he does a fine job. 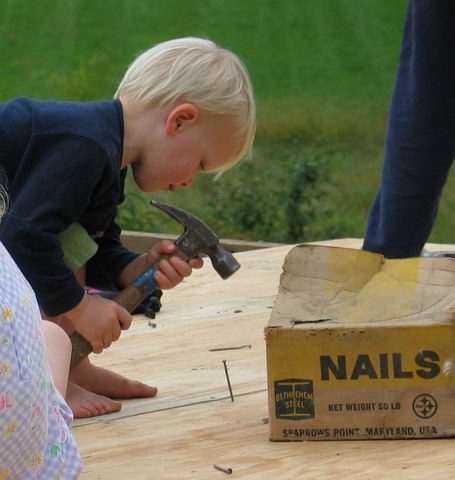 Sweetsie swings a hammer like a pro. Or else a child possessed. 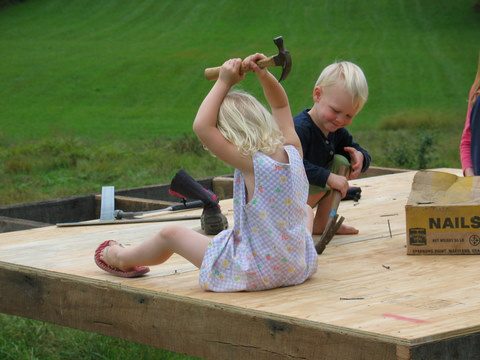 I’m not sure what Miss Becca Boo is doing with that crowbar, but I’m sure whatever it is, it’s an important component of fort-raising. 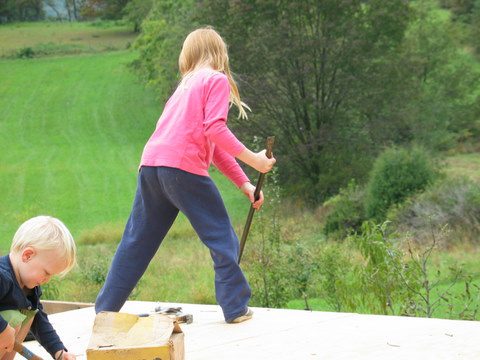 Now Yo-Yo Boy, on the other hand, I’m not so sure about. Just sitting around and watching isn’t going to get the job done, you know. 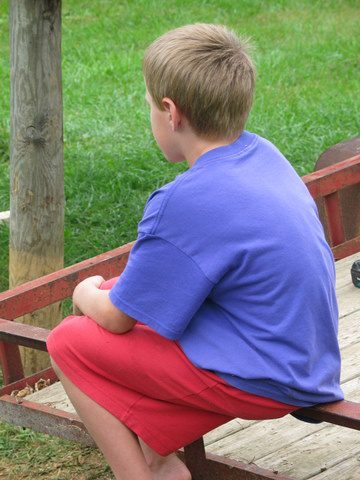 He’s pretty skilled at hanging out. 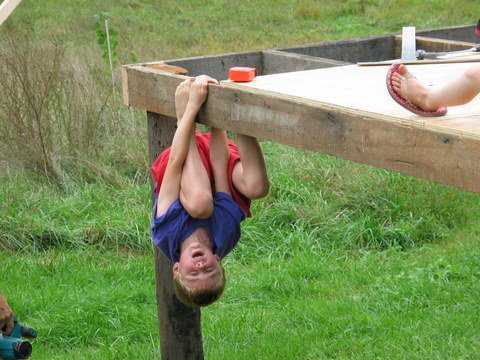 Here’s Mr. Handsome, or rather, his (cute) backside. Sorry about that. 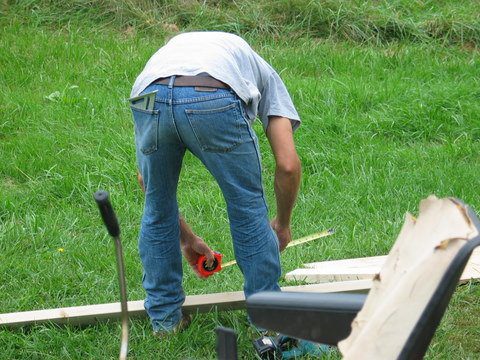 Okay, here’s his front now, or at least his hat. 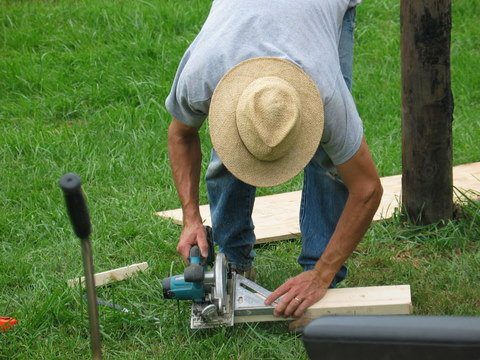 I don’t think I ever posted about Mr. Handsome’s new little tractor (that he’s in love with). His parents gave him their old (but in very fine condition) zero-turn mower, and Mr. Handsome rigged it so that it could pull his trailer. The kids love going for rides on it, as you can see. It’s one of the highlights of building the fort. (The extra child is a friends of Yo-Yo’s.) 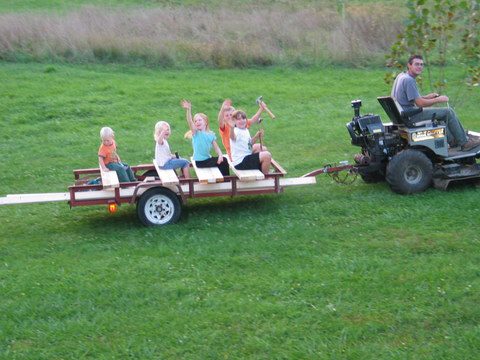 The picture is blurry because they are moving really fast. I tried to drive that thing once and about crashed into a tree and nearly fell out of my seat. Now I keep a healthy distance between myself and that machine.

And up goes the first wall. 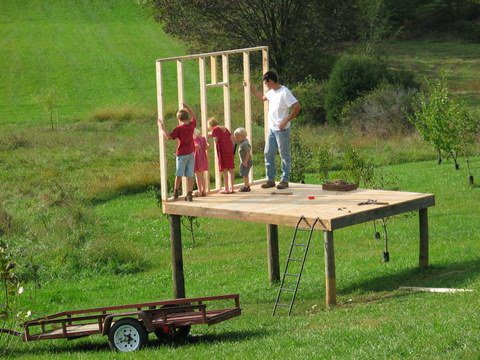